A Long Layover in London 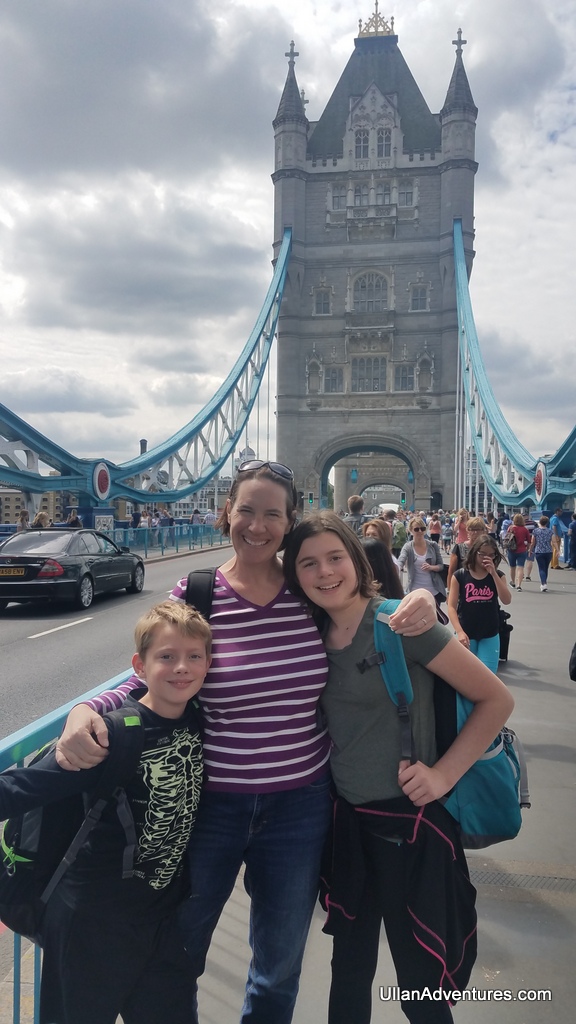 Kids and me on Tower Bridge

On our way back from our 2018 Africa trip, we were able  to do a long layover in London. Chuck and I have been to London, but it was the kids’ first time.  We only had about 4 hours to spend in the city, so we took a Hop On/Hop Off bus that drove by all the major sites.

We took the tube from the airport to Piccadilly Circus and boarded a bus with the Original London Sightseeing Tour on their yellow bus route.  We drove past Hyde Park then to Grosvenor Gardens before arriving to Buckingham Palace.  We hopped off here and walked the couple of blocks to the main gates. 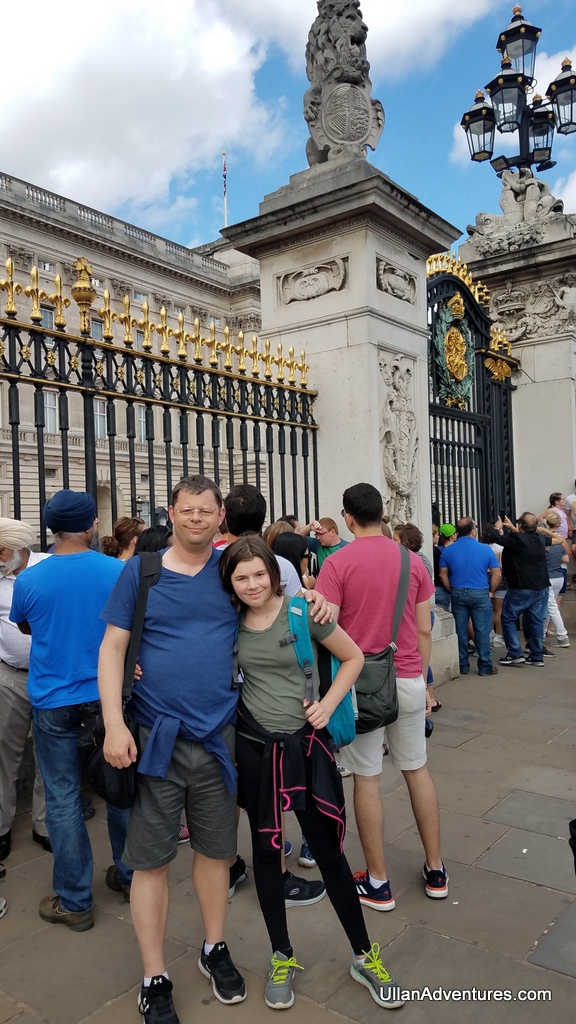 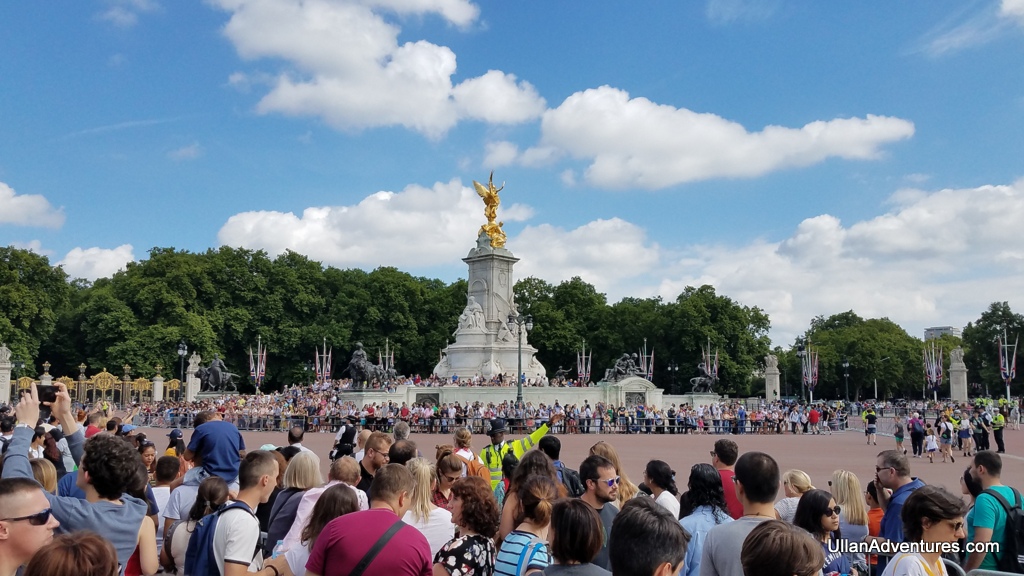 There was a changing of the guard scheduled that day about an hour later, but we didn’t have the time to stick around for it if we wanted to see anything else.

We hopped back on another bus and headed for Westminster Abbey.  Next up was Big Ben & the Houses of Parliament.   We didn’t get off the bus as it was moving slow enough for us to get a good look as we drove by. 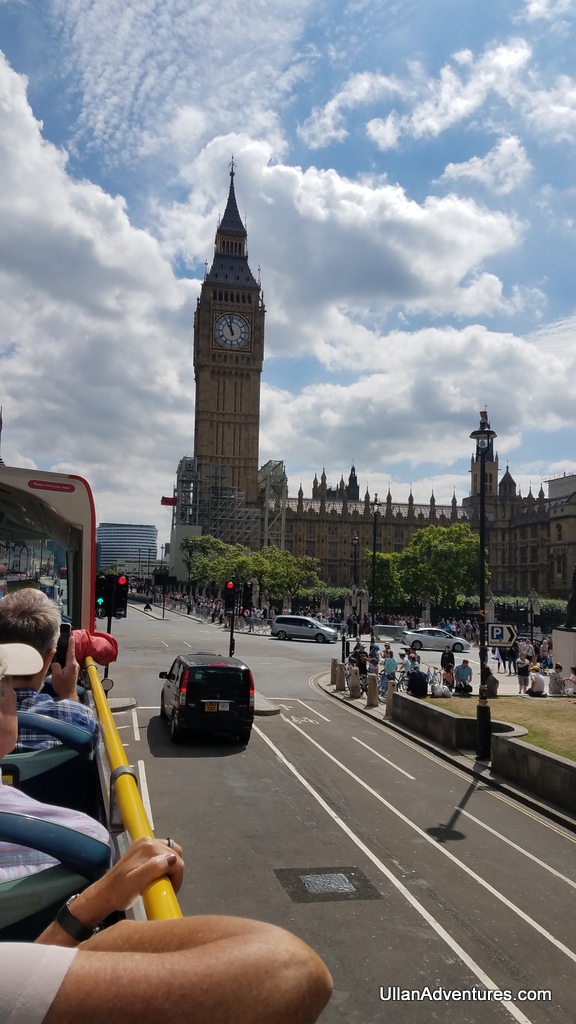 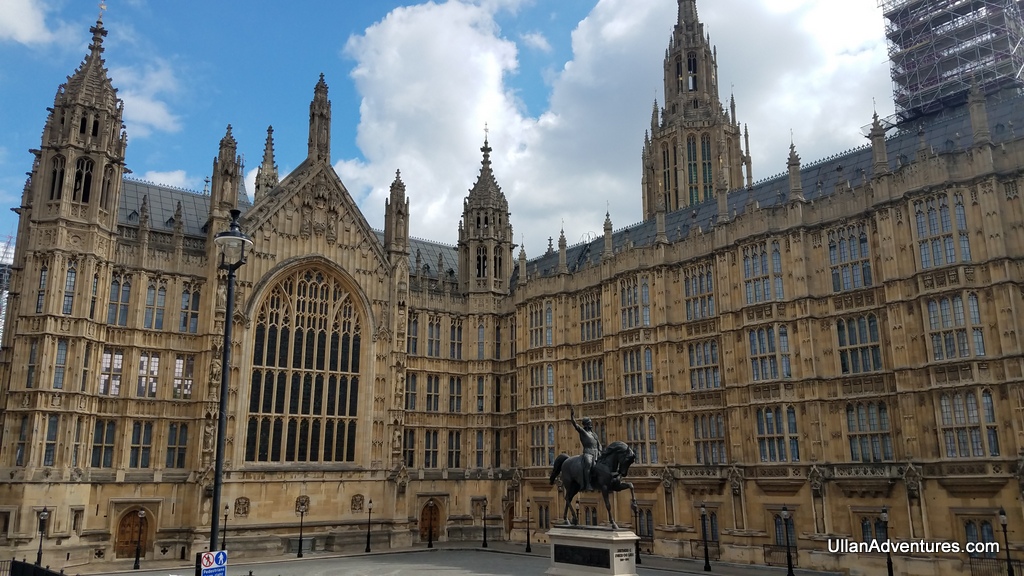 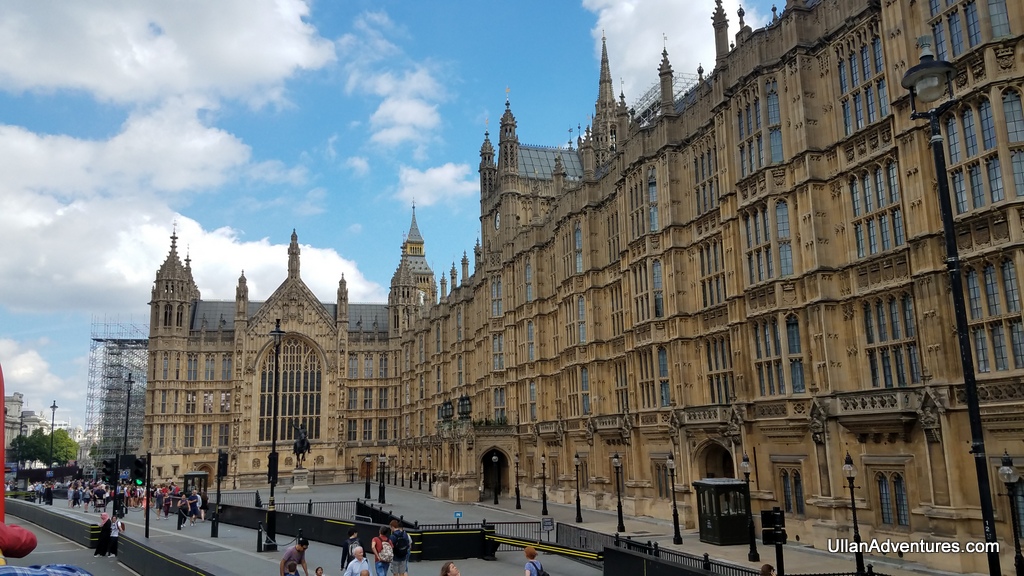 After passing by, we headed across the Thames, past the London Eye, then back over the Thames to St. Paul’s Cathedral.  Then we passed the Thames again and got a great view of Tower Bridge in the distance. 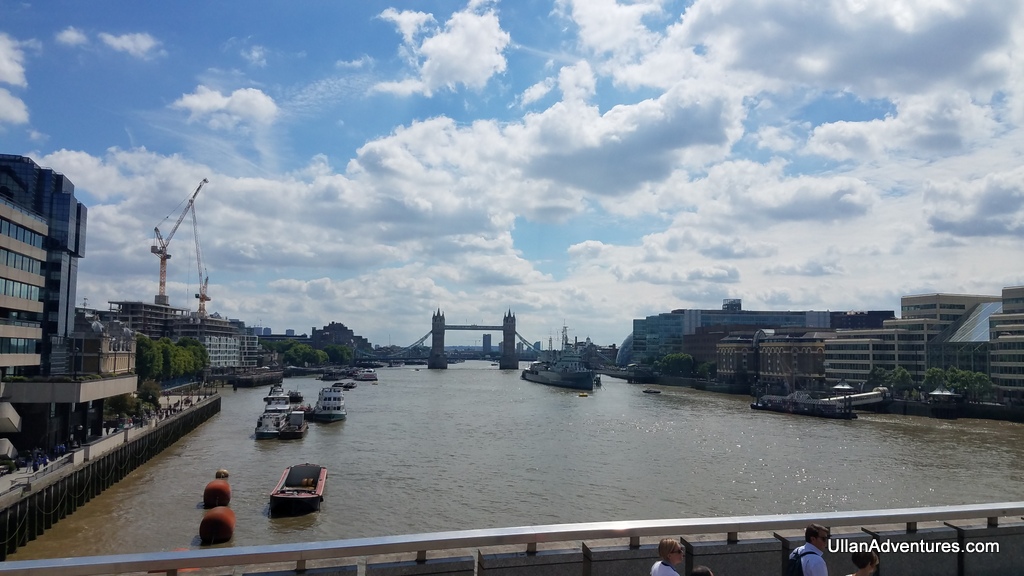 From there, we drove up to the bridge and drove over the bridge seeing the Tower of London on the left.  We hopped off at this point so we could get a better view of the bridge and also because it was nearing lunch time. 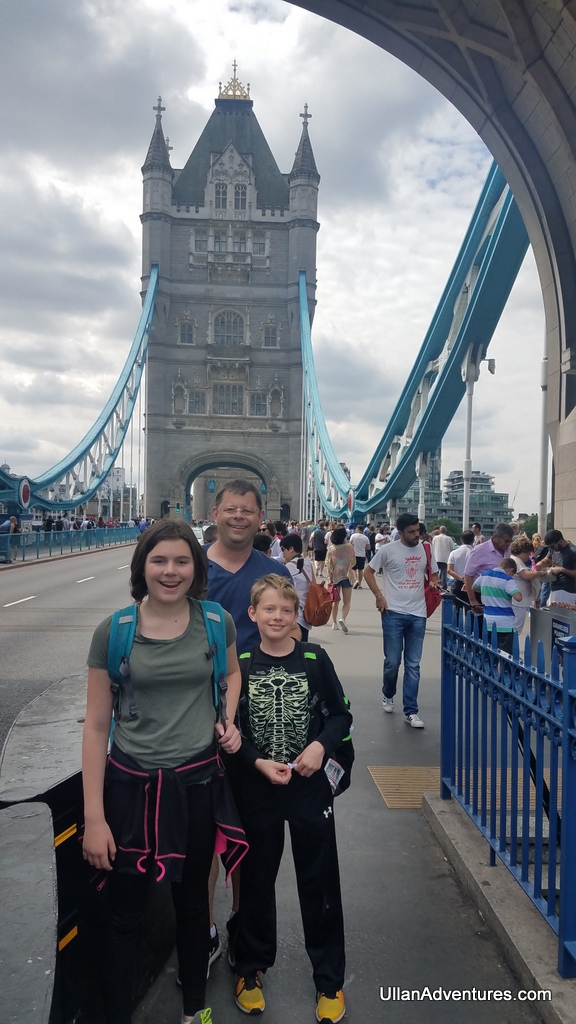 We then found a pub for lunch that was exactly what we were looking for!  Of course Chuck got fish and chips and I got one of the meat pies!  And we split a draft hard cider as well.  So good! 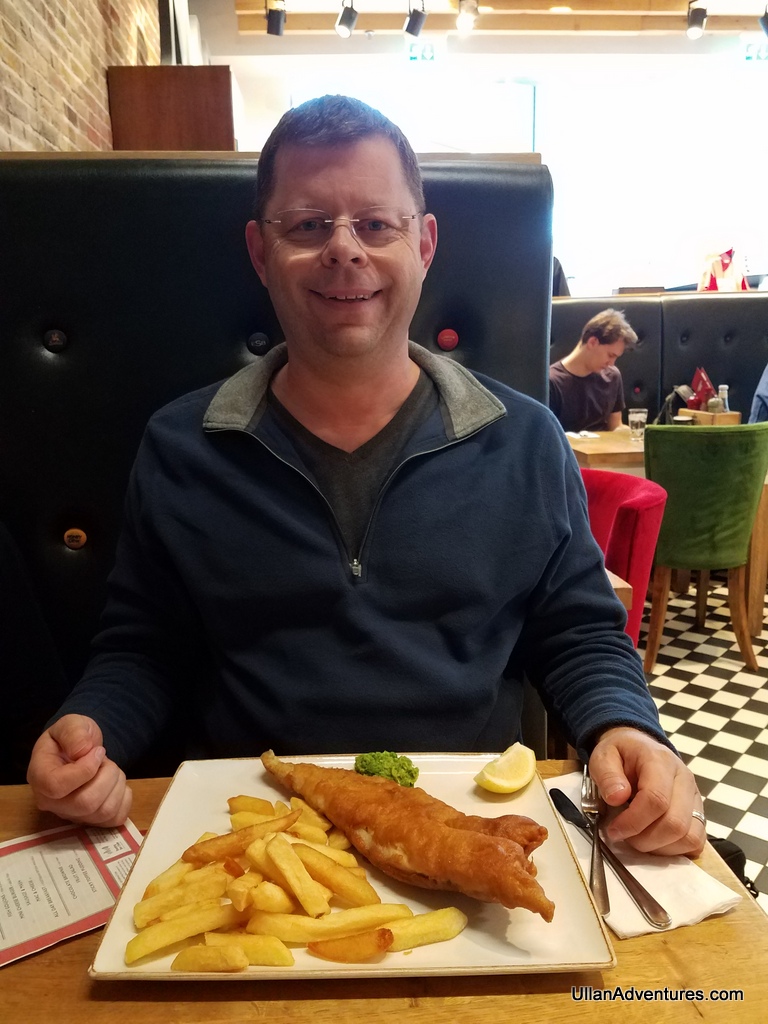 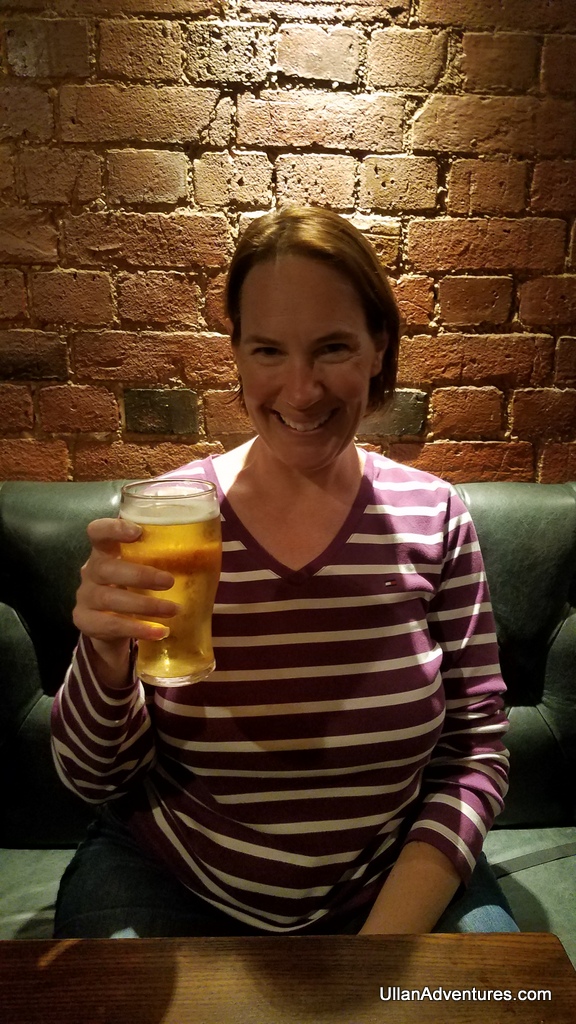 At this point, it was time to head back to the airport for our flight home.

All in all, it was a whirlwind few hours, but at least the kids got to see many of the major tourist sites (from the outside at least) and got to see some of London.  And it sure beat spending hours and hours at Heathrow as well.

And with that, our 3+ week trip to Africa was in the books.  What an amazing trip!

Previous post: That Time I (Stupidly) Jumped Off a Bridge