Kicker Rock is one of the better-known dive sites in the Galapagos, and we were so eager to get to diving that we scheduled this dive for the first day of the trip.  It’s one of the prime spots for hammerheads, and you occasionally get good sightings of big fish as well.

We checked in for equipment fitting the night before, then met the boat at 7:30 am for a ride out that was about 45 minutes.  We had a brief skills test in a shallow area on the way, then it was go time!

As it turns out, we were a little disappointed with what we saw on the dives.  We caught a couple glimpses of hammerheads, one good Galapagos shark, but that was it for the big stuff.  Some days there are lots of sharks, and they even had a sunfish show up recently, but it just wasn’t our lucky day.  That said, we got to swim into a giant “bait ball” with thousands of fish, a very unique experience.

This video has the best highlights, including reef shark, Galapagos shark, sea turtle, spotted eagle ray, and the bait ball. 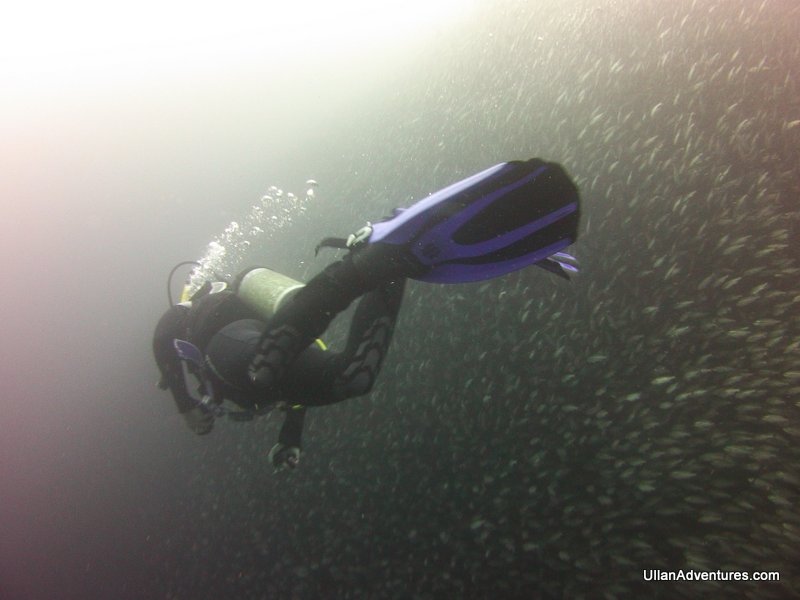 Skirting the outside of the giant bait ball

Inside the bait ball 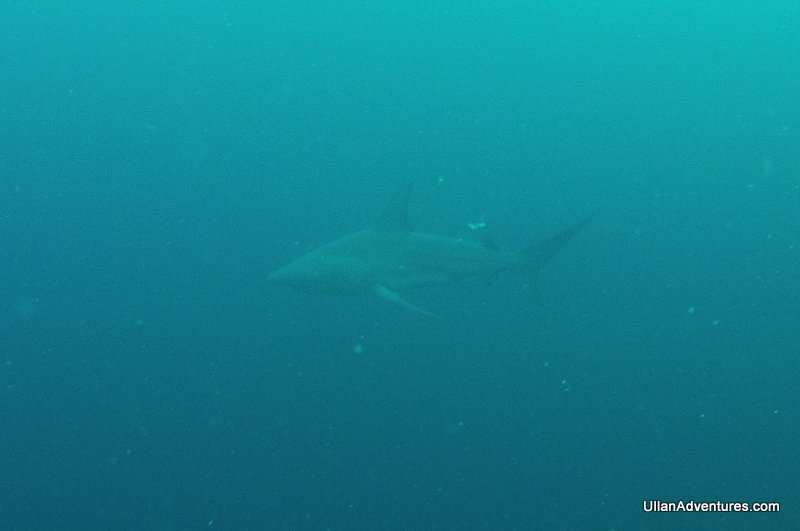 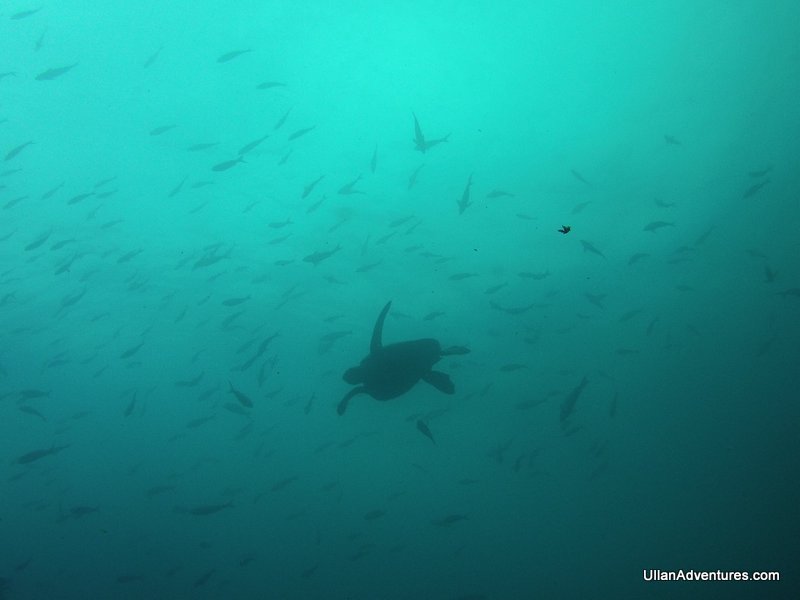 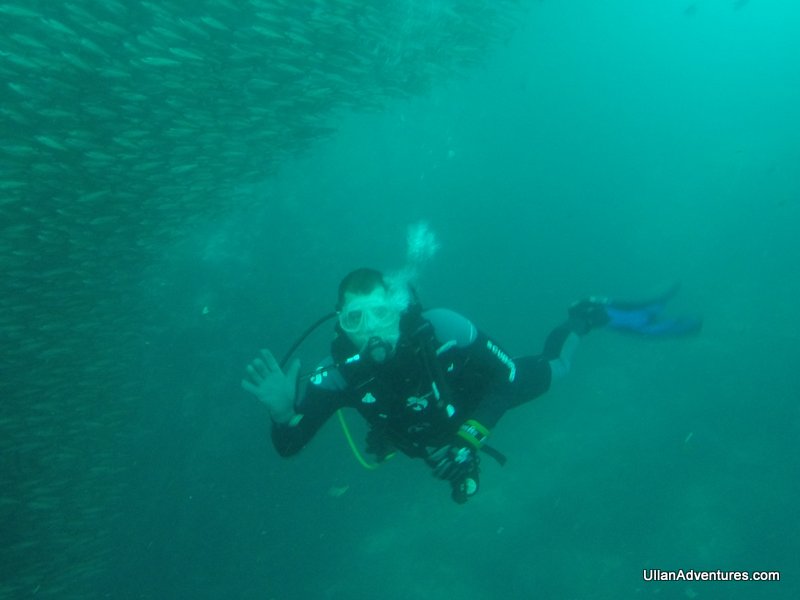 After the diving we went to a little bay and had lunch on the boat, then got to explore on the beach for a bit.  Tracked down an iguana and saw lots of cool wildlife, with a guide there to explain some of what we were seeing. 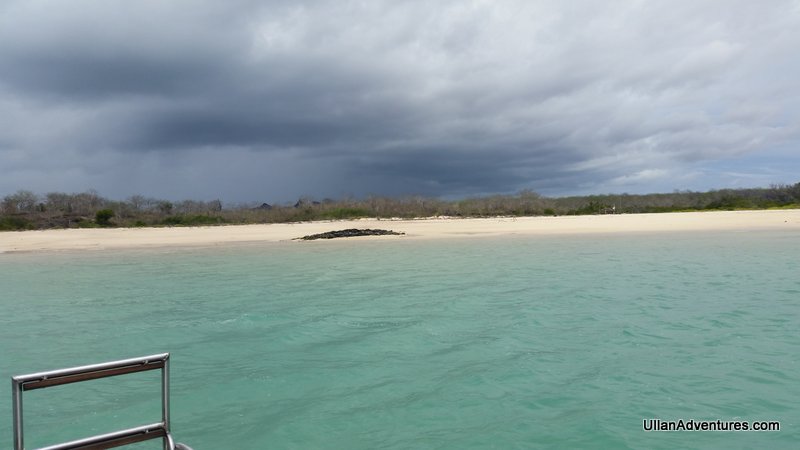 Tracking down an iguana.

The other notable part of our diving here was running into new friends from Australia, Laith and Katie, whom we ran into about 10 other times throughout the week.  We envied their trip, as after the Galapagos, they were headed to Peru to hike the Inca trail to Machu Picchu!

We booked directly with Wreck Bay diving for $160 pp.  The boat was reasonably nice and shady and we got a pretty solid meal after the dives.  Definitely worth considering them if you go.