Geisha and More in Charming Gion 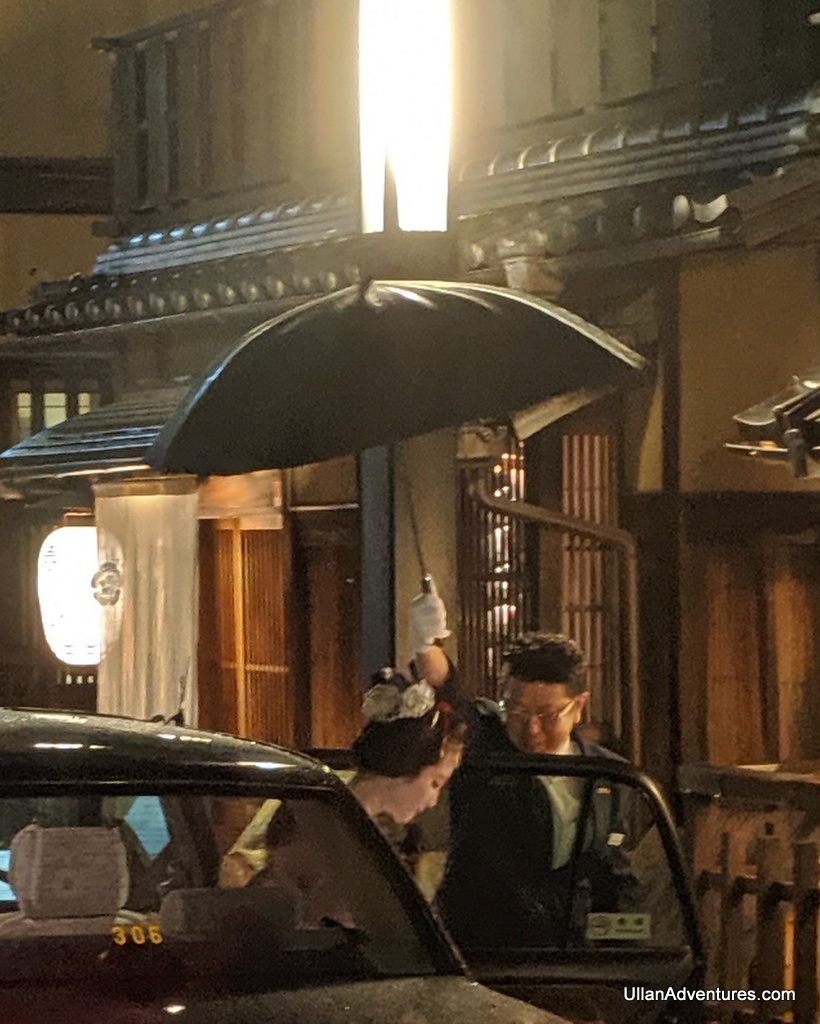 Gion is the traditional geisha district and is what I picture as the quintessential historic Japanese area.  Wooden buildings, paper lanterns, Shoji screen doors.  It is so picturesque and charming and I wish we’d had more time to explore the tea houses, shops, temples, and shrines that are tucked into the district.

I booked our rental a few blocks from the main Gion district.  We were able to walk through the area numerous times, but never went into any of the shops, restaurants, or tea houses at all.  However, just walking around was such a cool experience.

Our first night, we went out and stumbled onto pedestrian only Hanamikoji  street.  We came upon a group of people just standing around and were trying to figure out what they were looking at, when all of a sudden a geisha and a maiko (apprentice geisha) came out of the building and were quickly whisked into a car.  I was unprepared for this so my pictures came out fuzzy and had a lot of people in them.  Still, I couldn’t believe our luck of seeing them in person our first night in Kyoto.  Later in the trip, we were walking along the street with our rental and I saw one come out of a building not even 20′ away and quickly get into a car and leave.  I’m not even sure the kids saw her as it happened so fast! 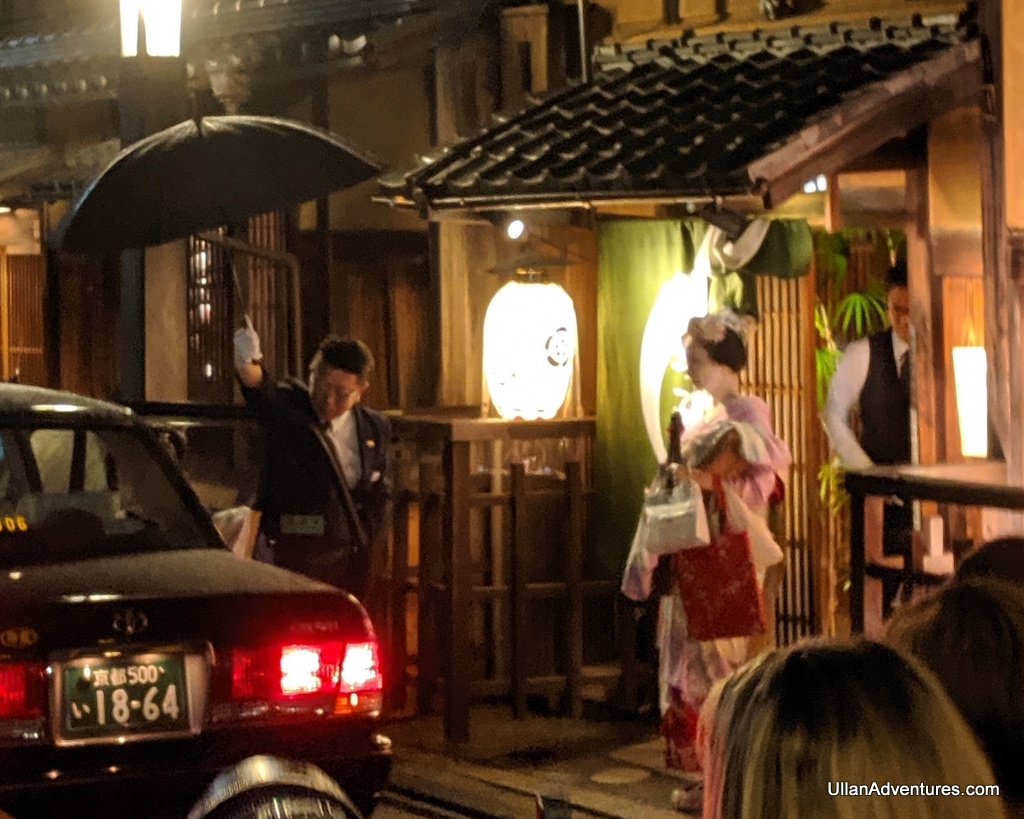 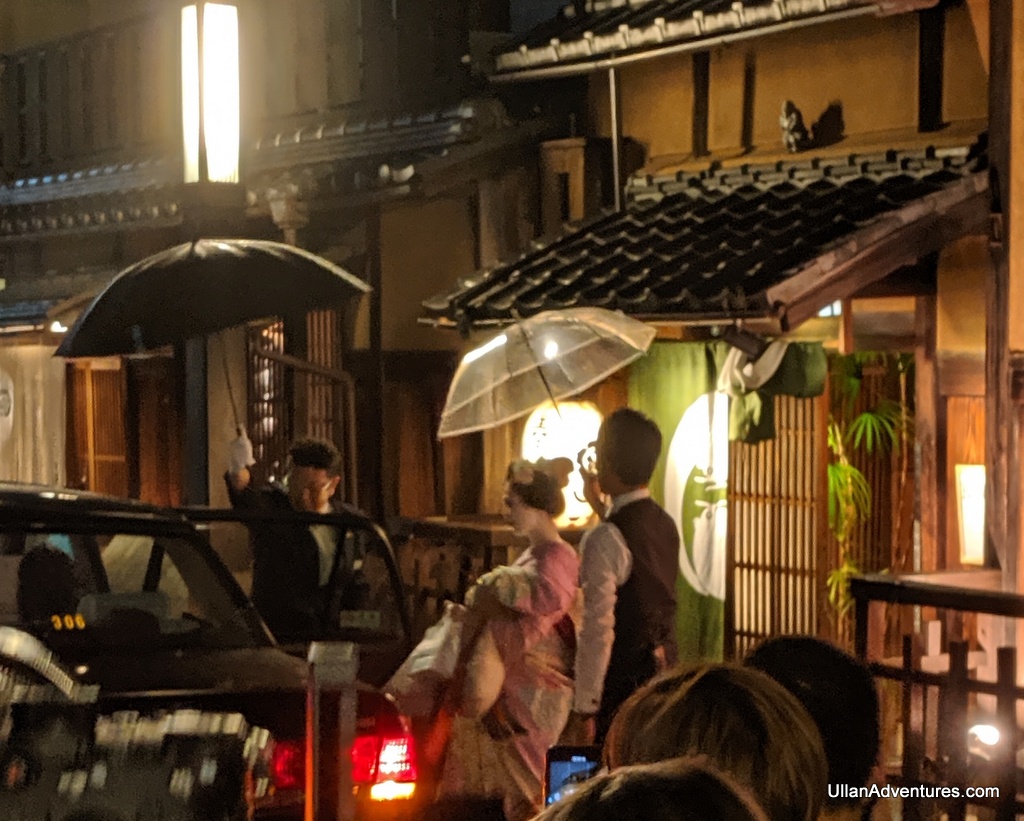 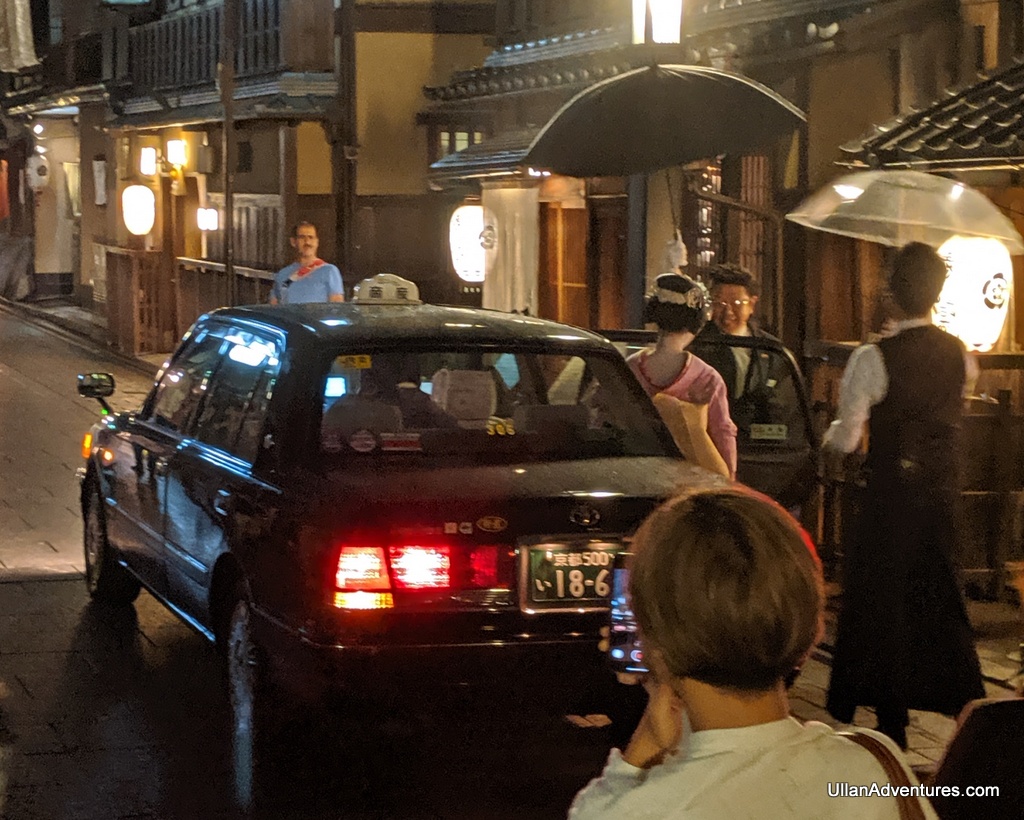 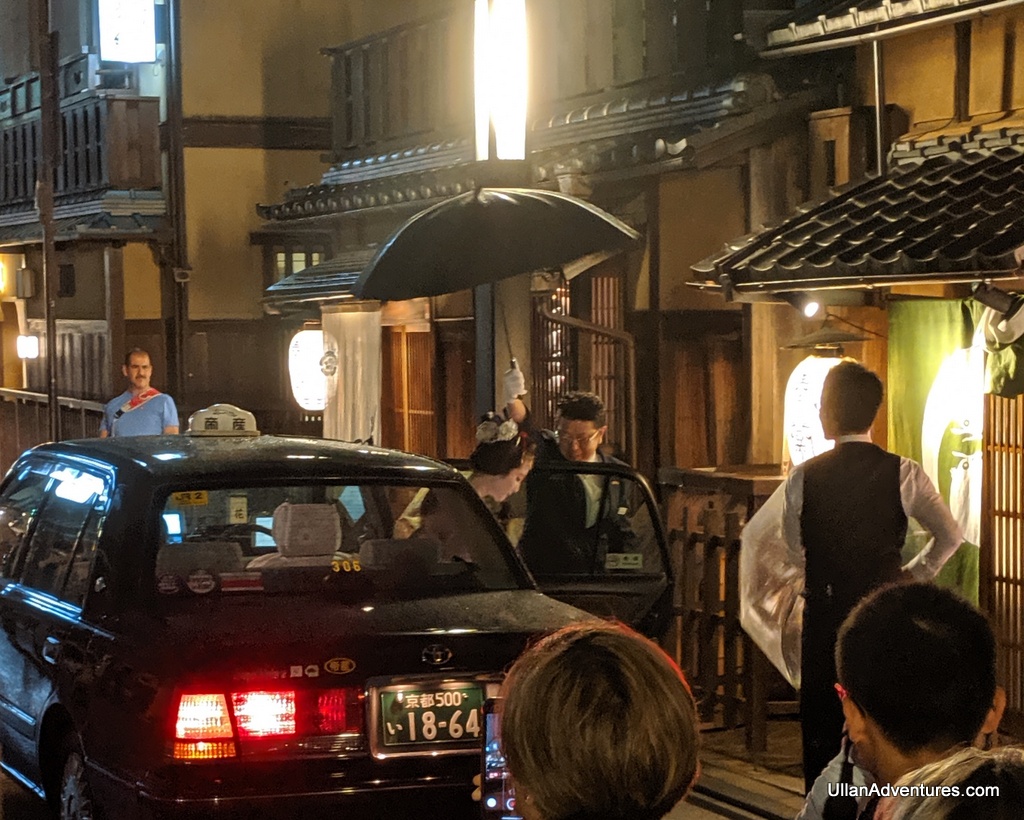 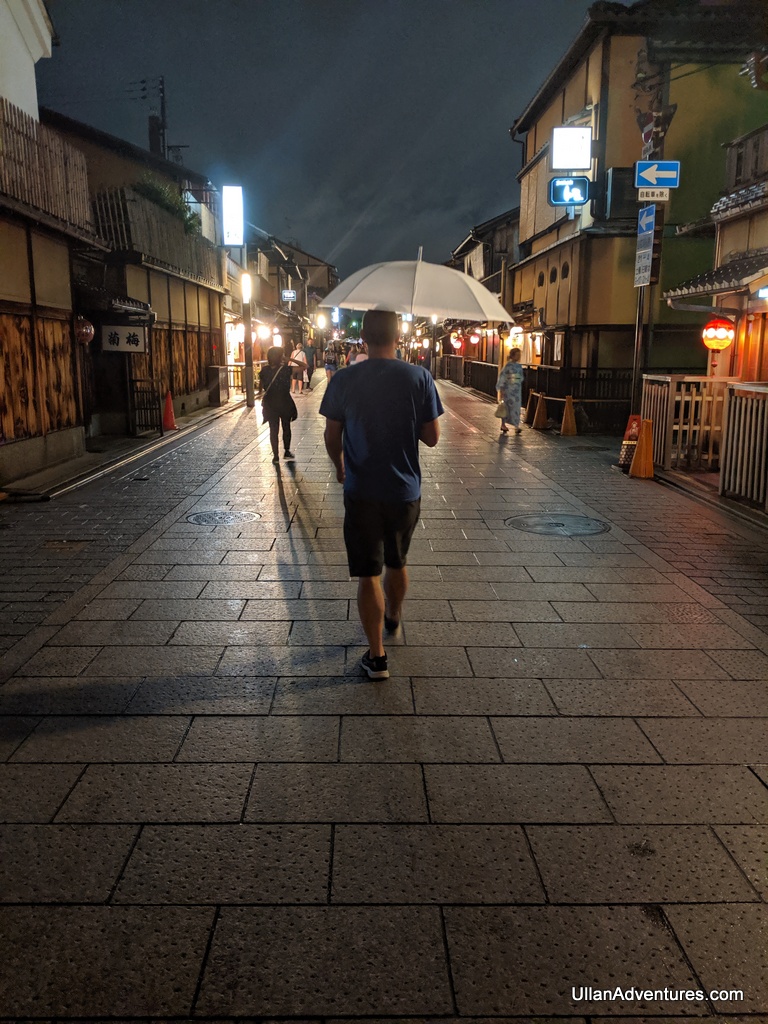 We meandered onto Shinbashi-dori Street on another trip to Gion which is called the prettiest street in Gion.  Its also home to the Tatsumi Bashi bridge which was featured in the movie Memoirs of a Geisha. 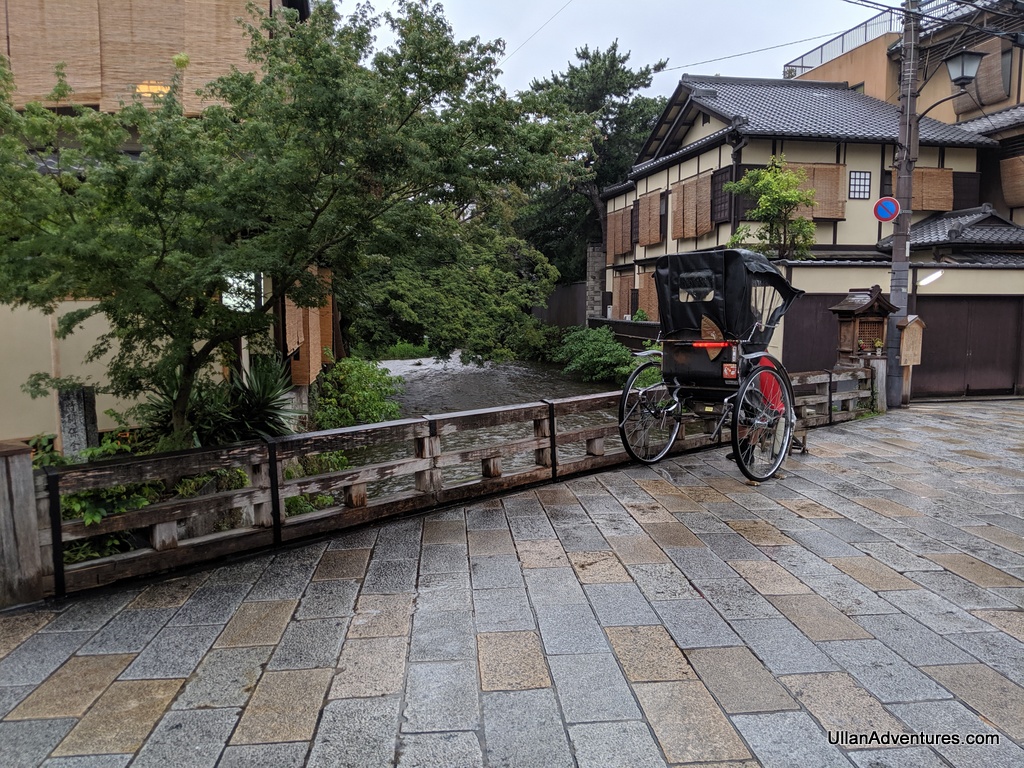 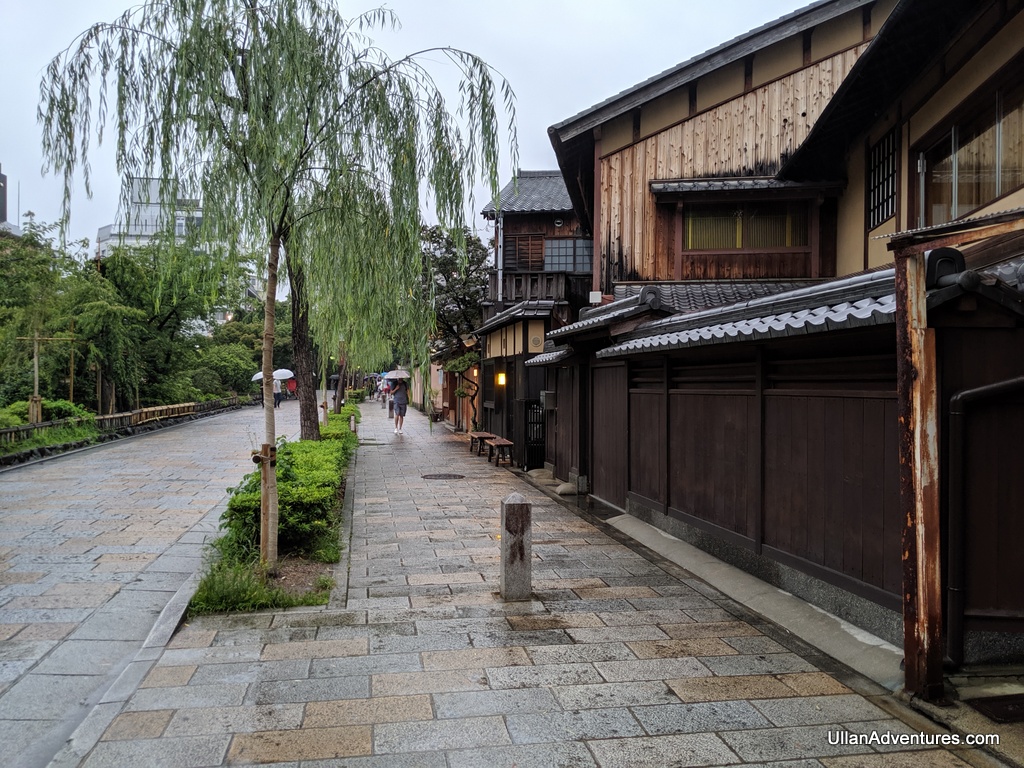 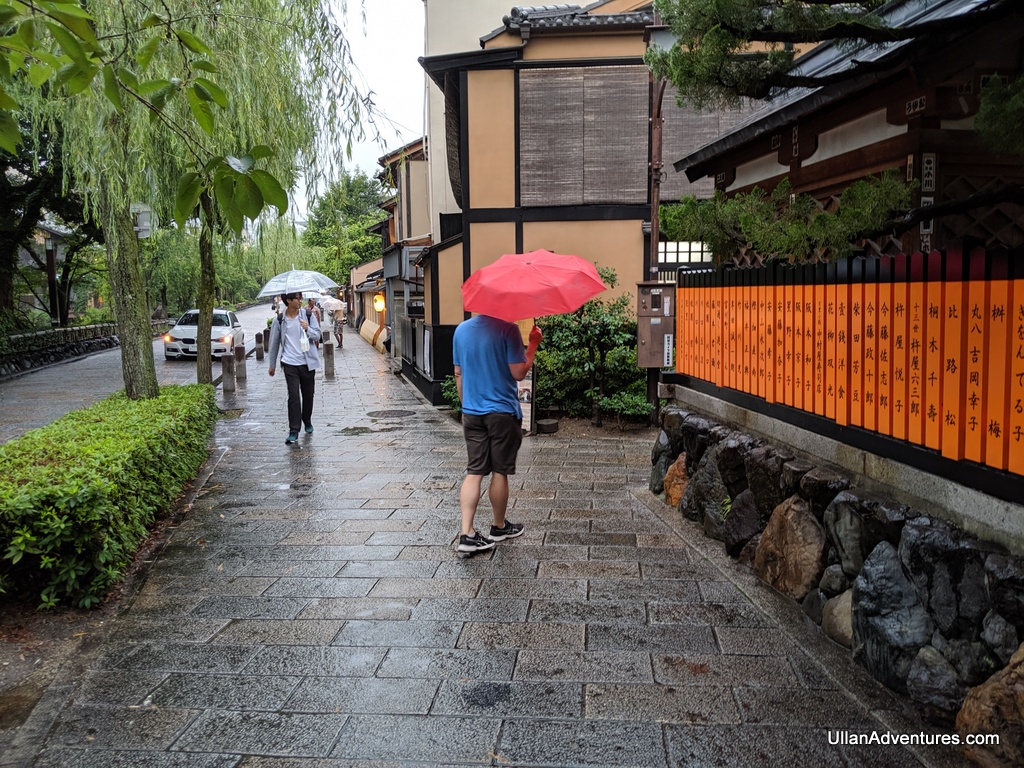 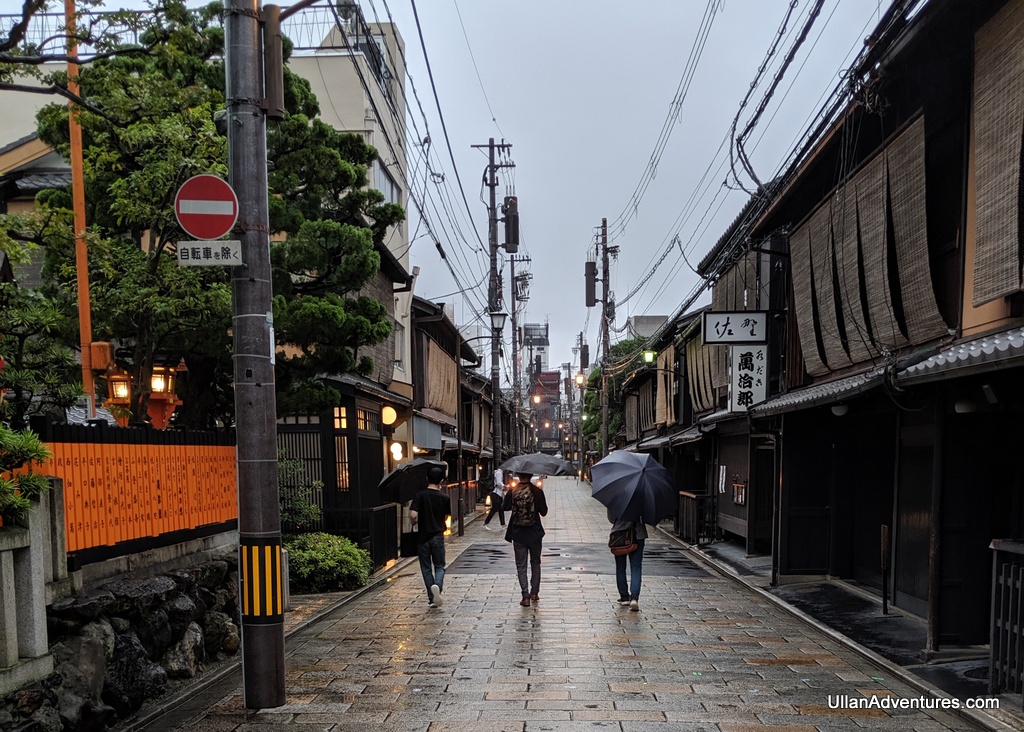 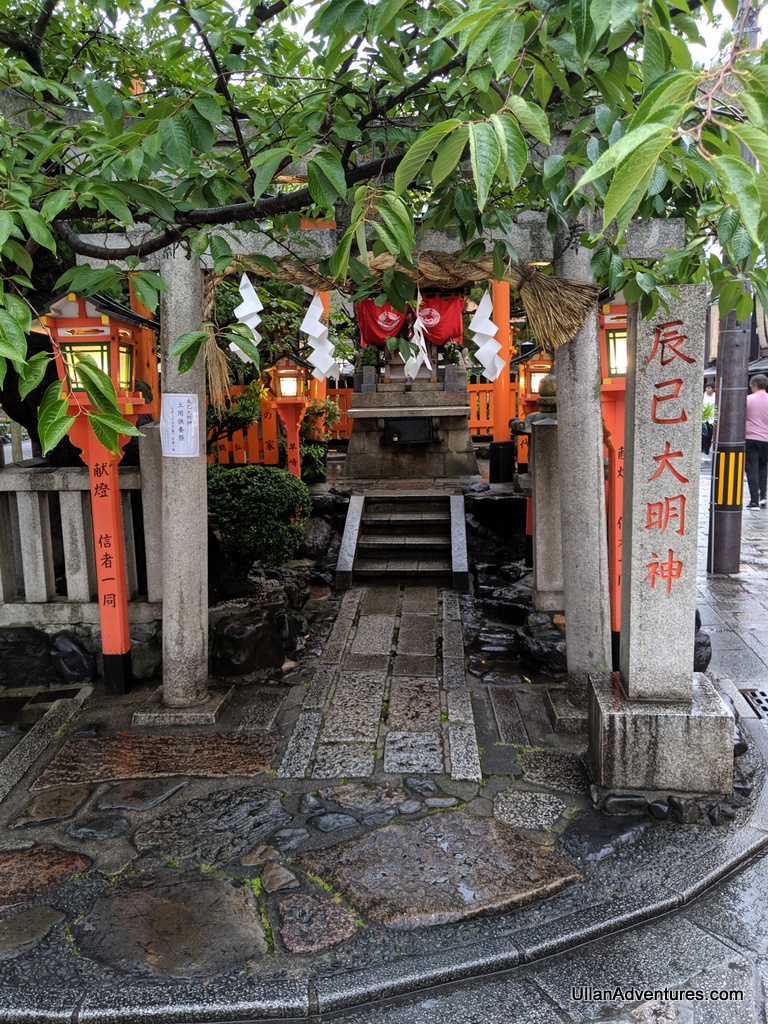 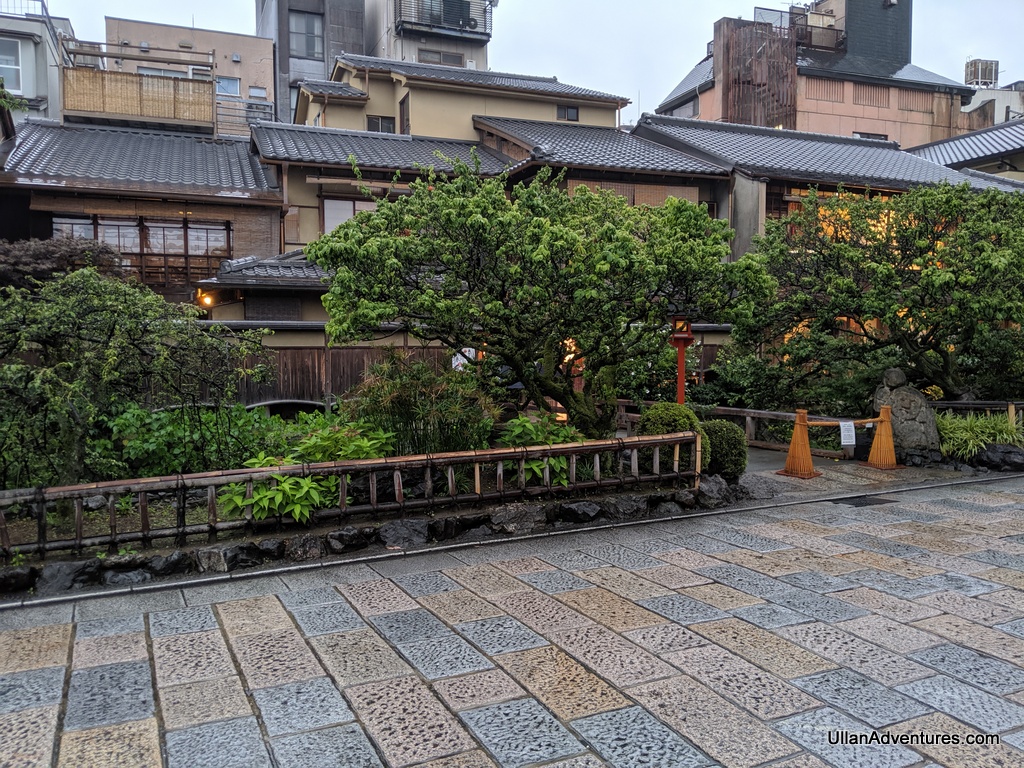 Here are some pictures from other streets around Gion and near our rental: 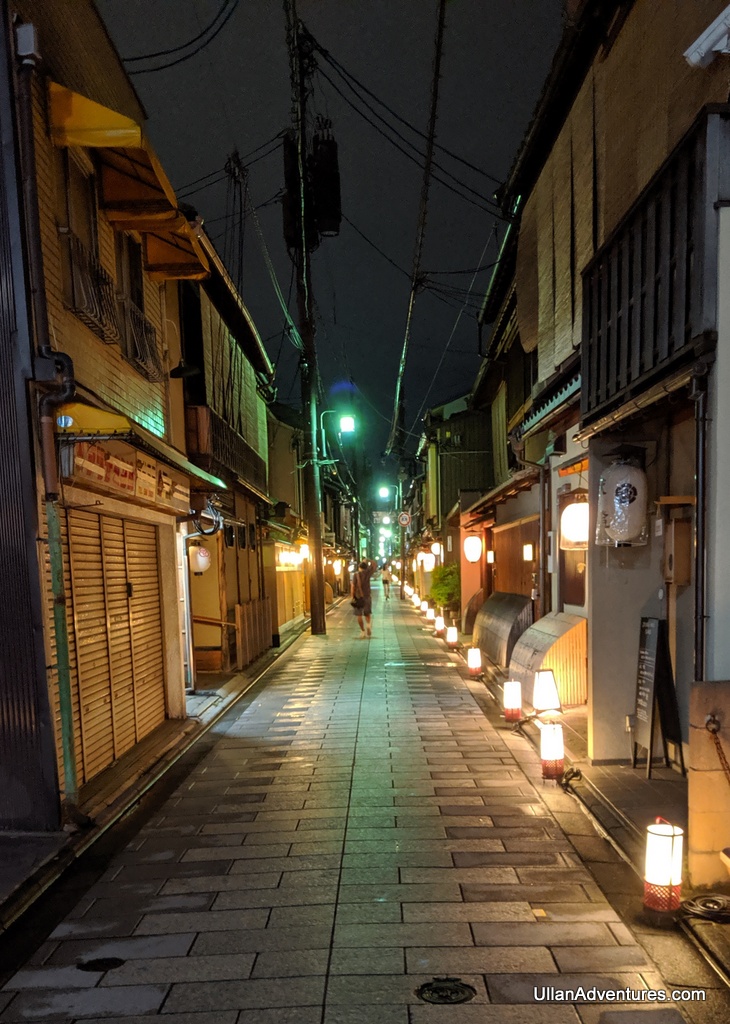 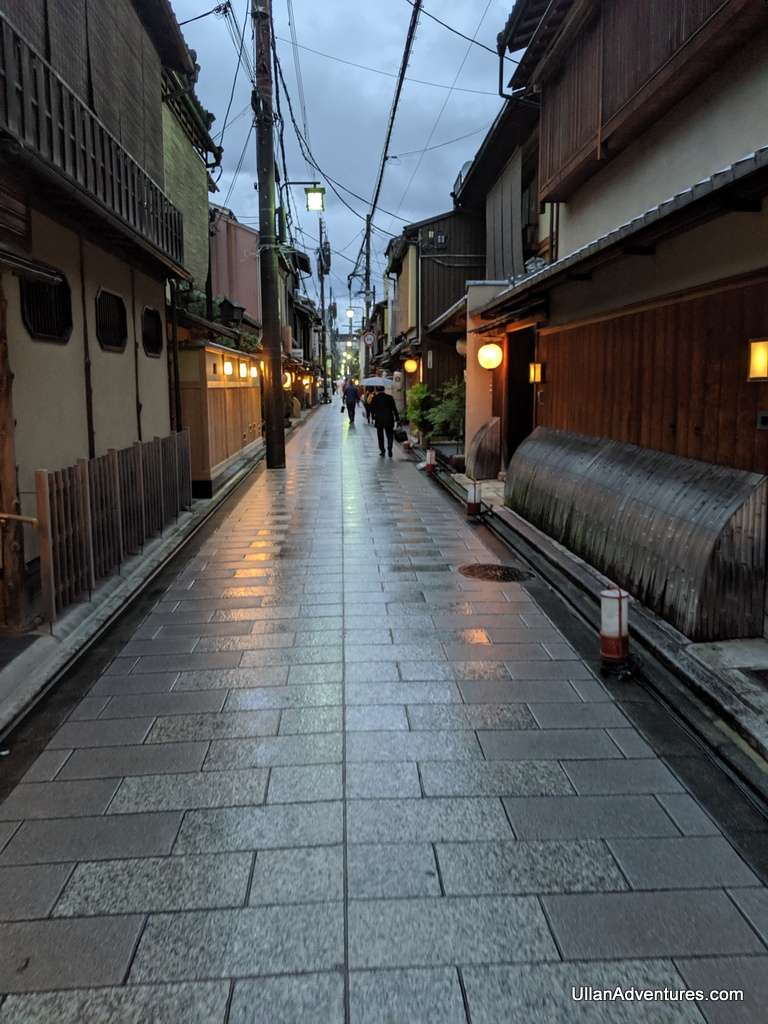 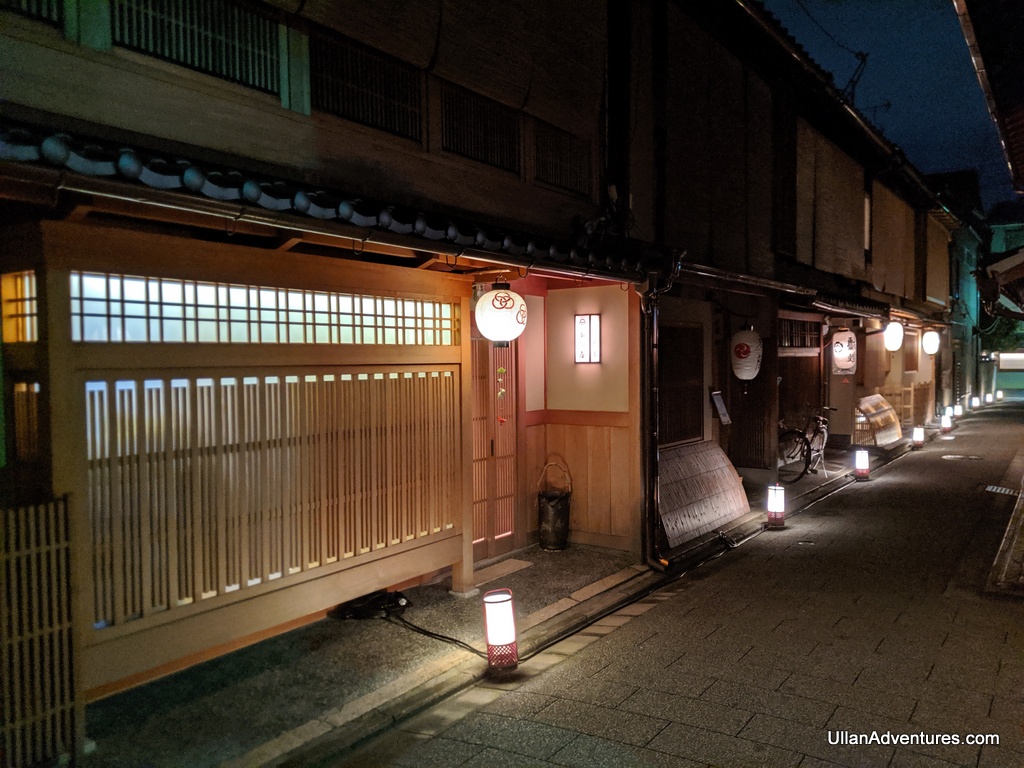 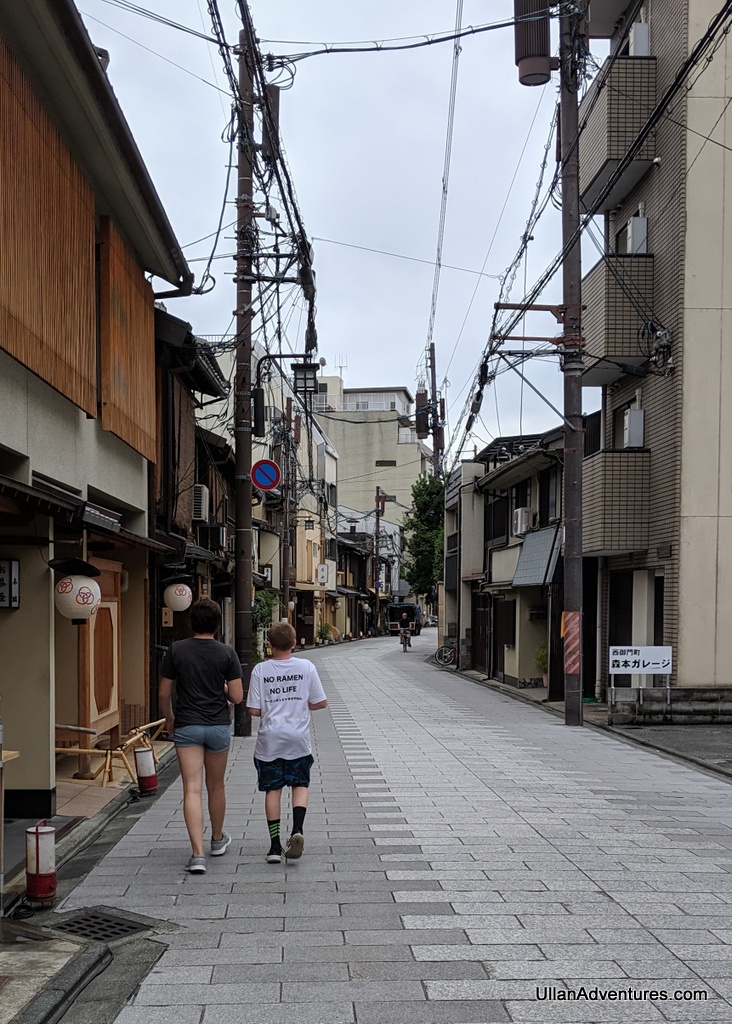