The primary dates of the Loi Krathong and Yee Peng Festival spanned Saturday November the 16th through Monday the 18th this year and each day was very eventful.  On Saturday, we went to the Sky Lantern launch near Mae Jo University, and then we went into town on Sunday and Monday nights.  This post covers Sunday night, and we have Monday night’s parade in Part 2.

We met up with some friends near Tha Pae gate and walked down to Narawat Bridge, which is the heart of the action.  It’s closed off to traffic (mostly) and you’ve got a huge crowd doing all sorts of crazy stuff you shouldn’t do in a crowd.

Along the way, we saw some ladies dressed up for some sort of exhibition, lots of hanging lanterns, and stopped at a wat to launch another lantern. 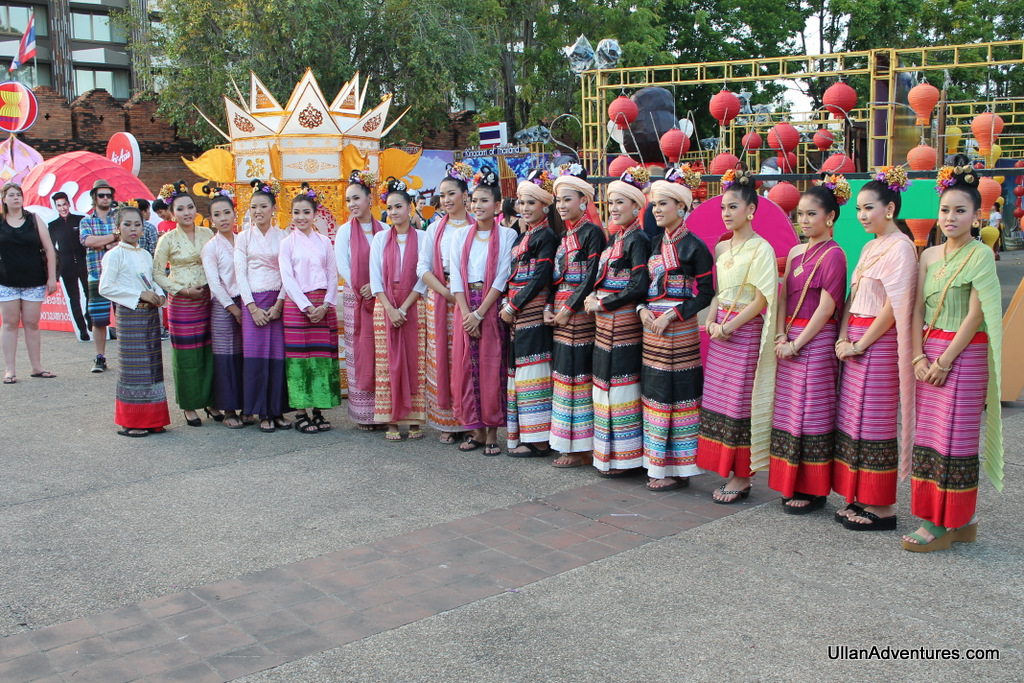 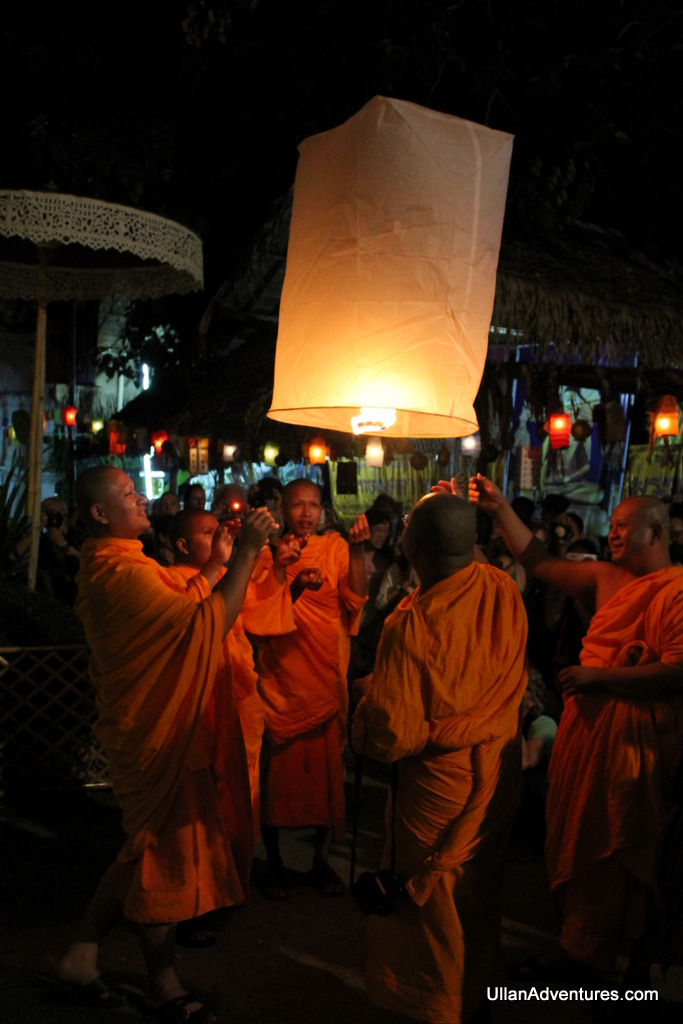 Monks lighting and releasing a lantern 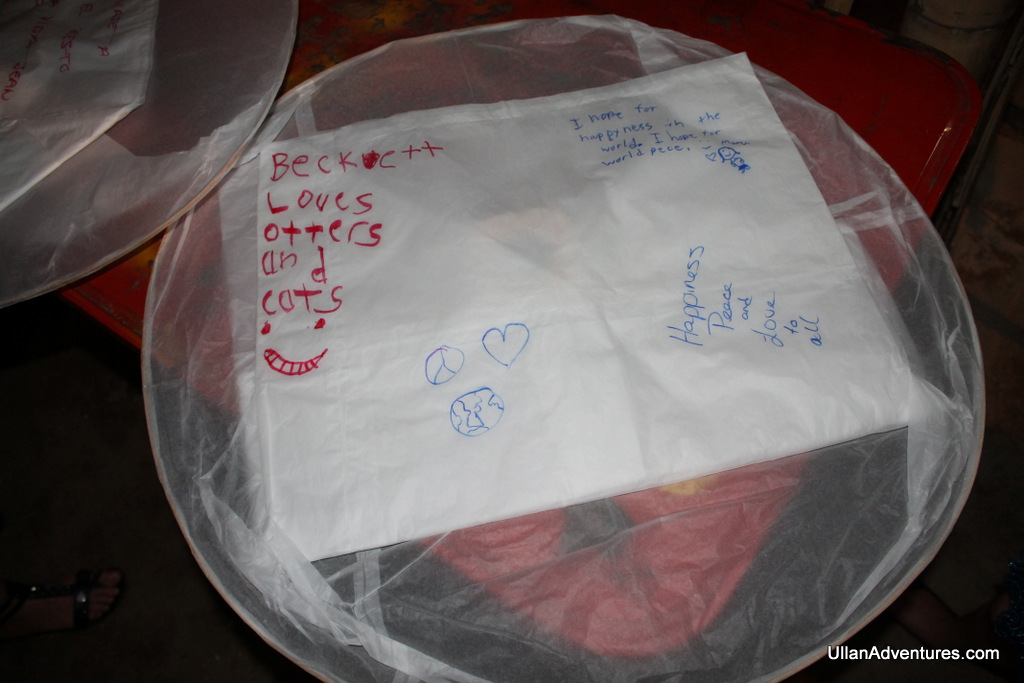 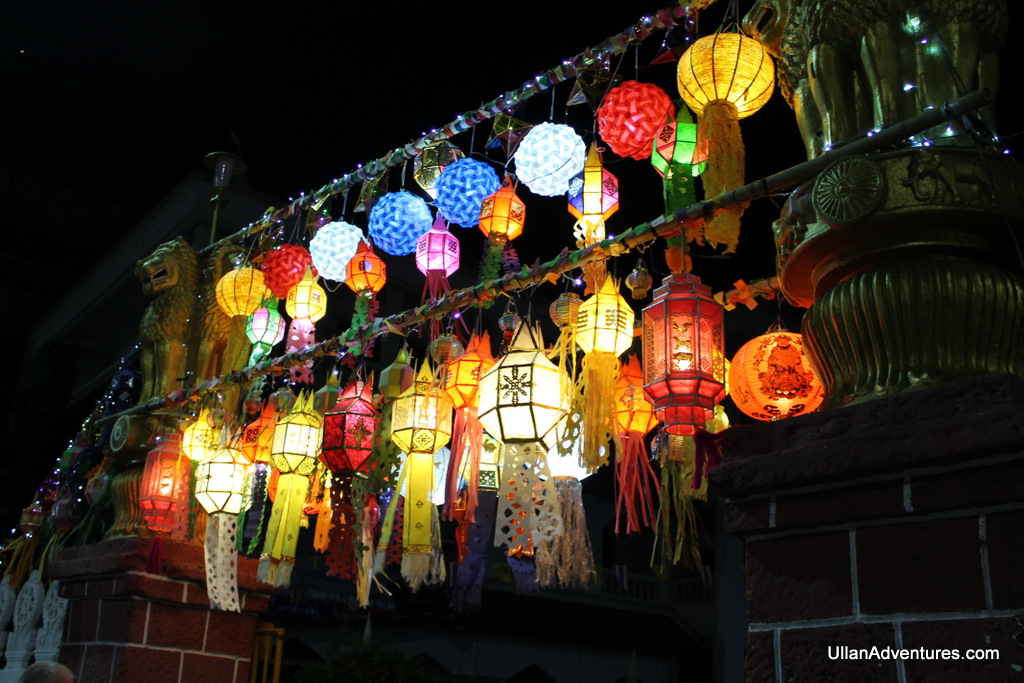 At the bridge, the first order of business was to buy and launch a krathong in the river.  Krathongs are little floating containers, often built of leaves and natural materials, that also have a candle and a few sticks of incense.  You light the incense and candles, then cast your krathong off into  the river to send away your worries, anger, etc. 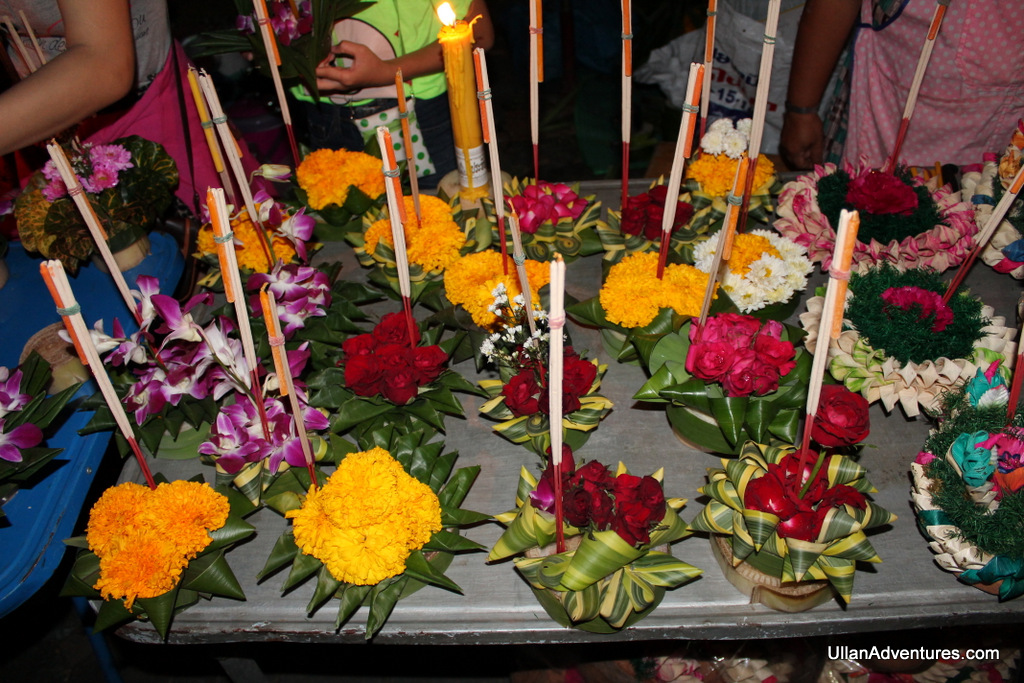 These krathongs are little turkeys. 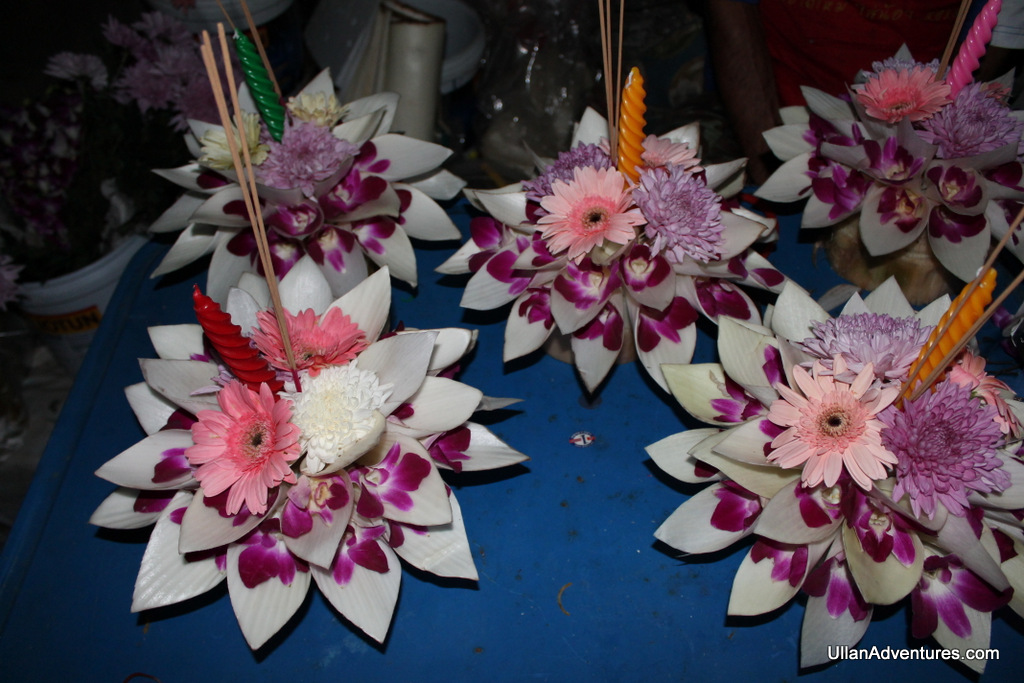 There are a lot of people making krathongs right behind the tables where you buy them. Neat to see them get assembled.

After perusing several tables, we made our selections and were good to go! 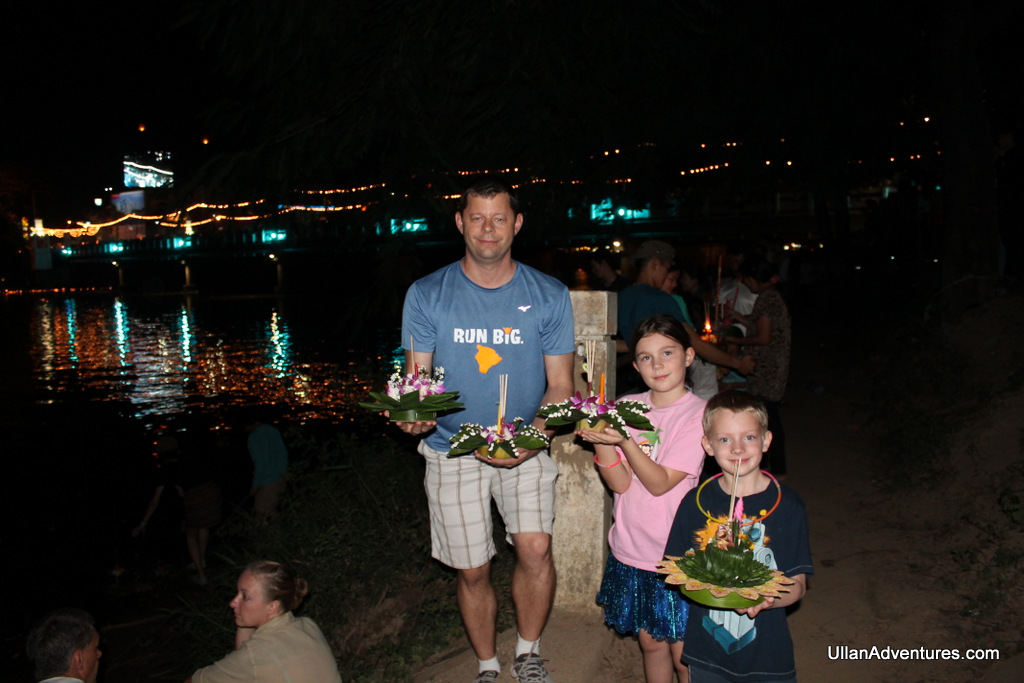 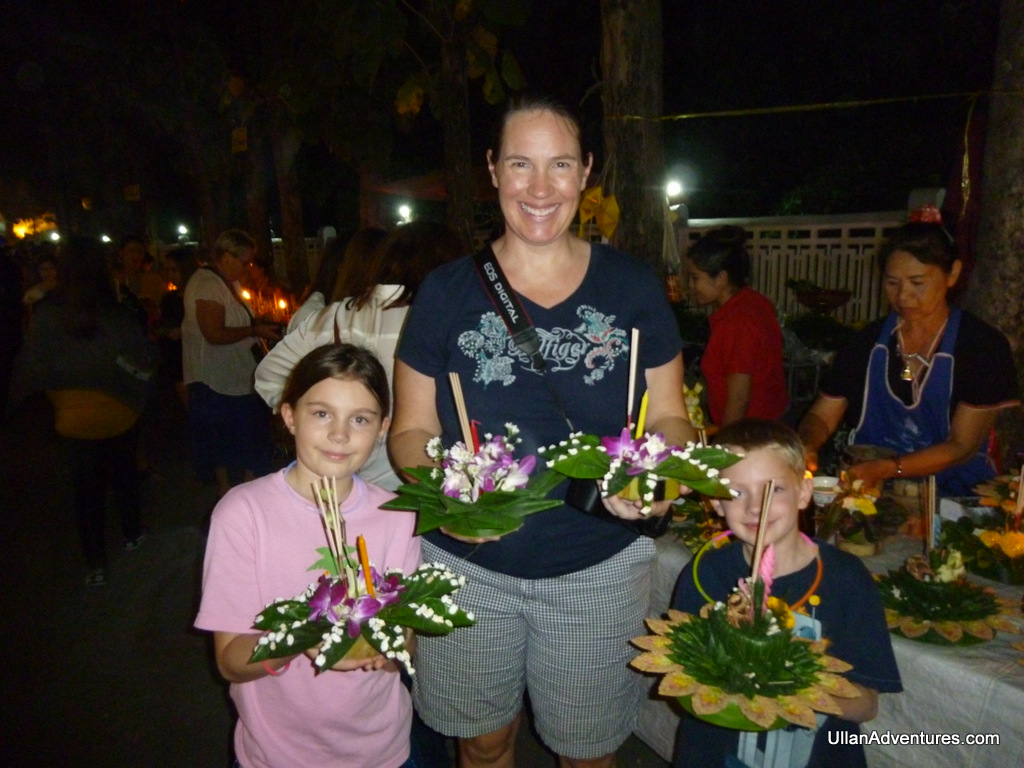 From the tables, we headed down to a small dock along the river that was PACKED with people trying to launch their krathongs.  As a bonus, there were several idiots shooting off fireworks right near there.  One of them shot onto the dock right under someone, but thankfully it didn’t blow up.  Once we reached the river, we each lit the candles and incense on our krathong (well, attempted to light, as they kept blowing out), and sent them down the river.

After that, we decided to head onto the bridge, where the biggest crowds were.  It was certainly exciting and festive, but dangerous and noisy as well.

There were more people shooting fireworks off the side of the bridge,  plus there was a stiff breeze so the sky lanterns were often blowing sideways into the crowd or getting stuck on the telephone wires.  Beckett got overwhelmed and really wanted to leave.  Unfortunately for him, his pleas were ignored as we took the scene in for a few minutes and grabbed some photos of the sky and river. 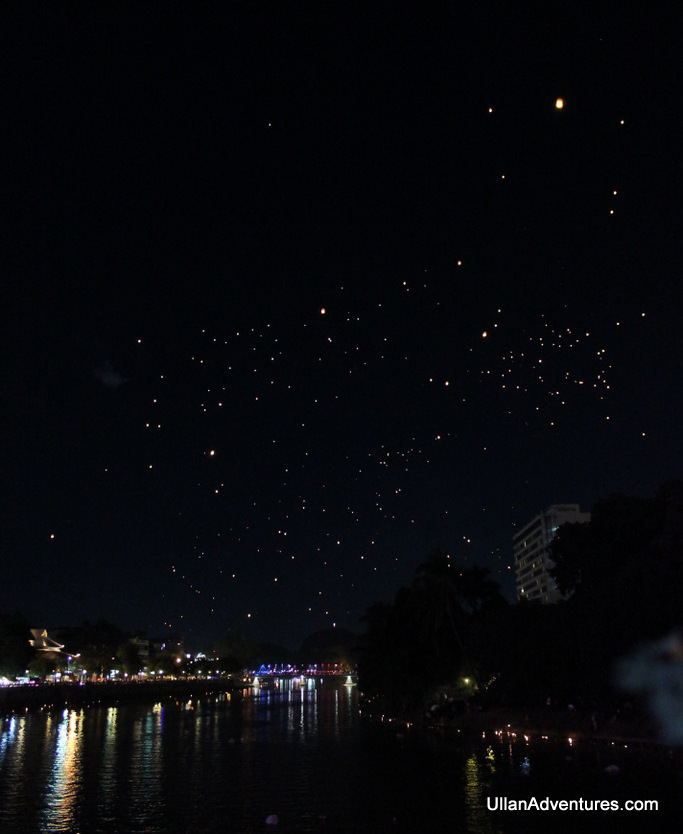 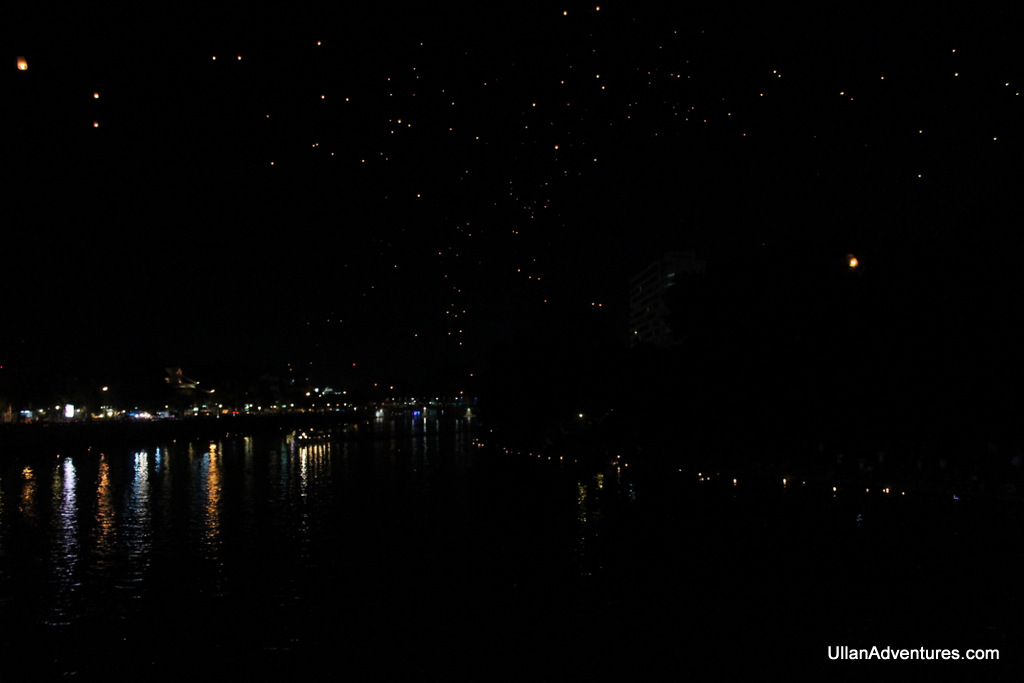 Persevering paid off for us, because around 8:45 they shot off big fireworks down the river.  Seeing the explosions in air set against a sea of drifting sky lanterns was super-cool.  The video below is a pretty good representation of the scene. 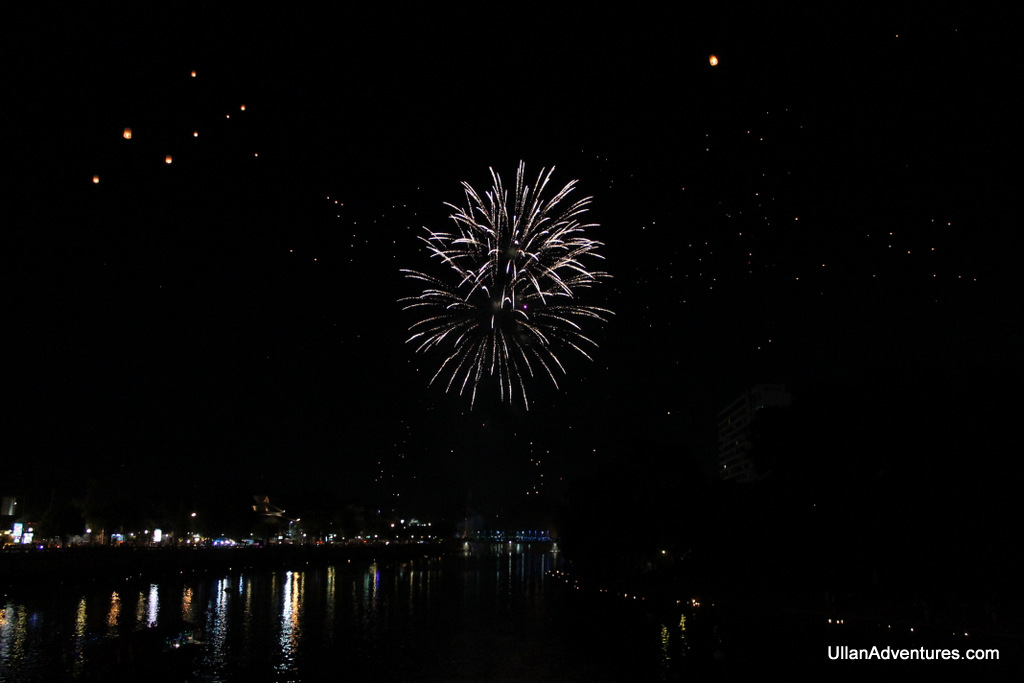 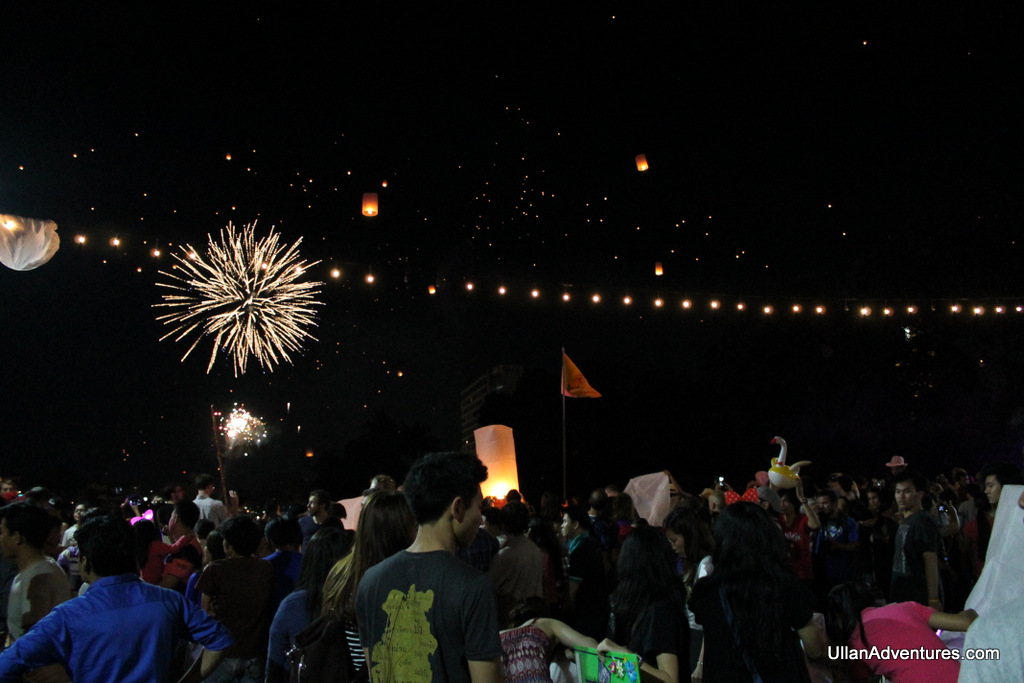 After a few snacks on the way back through town, we decided to stop for a late-night foot and leg massage for the whole family.  30 minutes for only 80Baht each (<$3).  The Thai ladies really loved Beckett and laughed at everything he said! 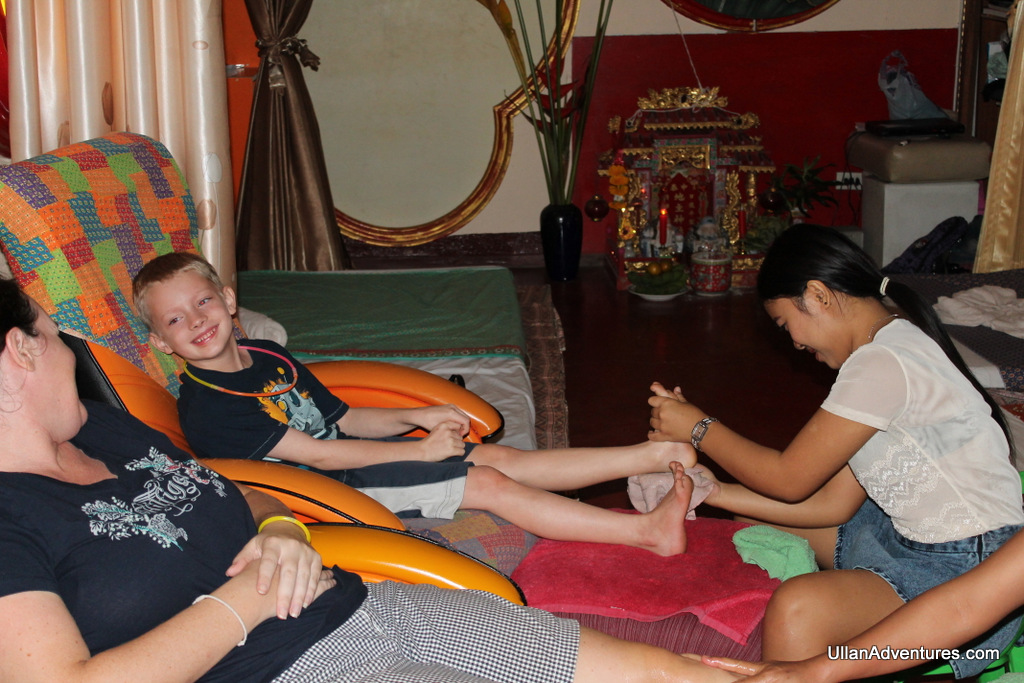 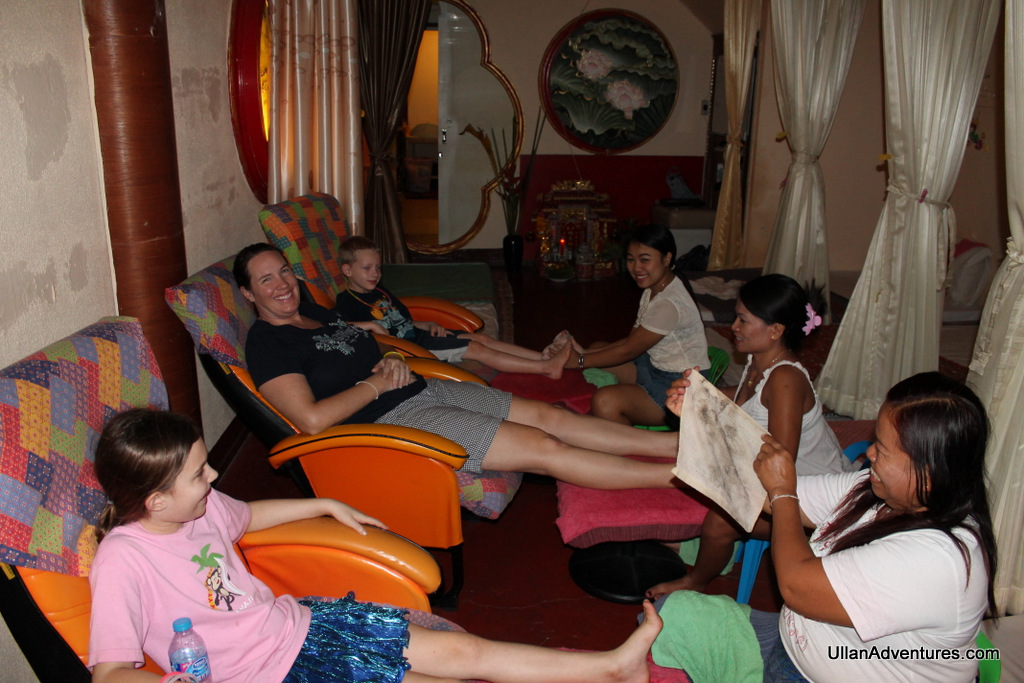