Our House in Chiang Mai, Thailand 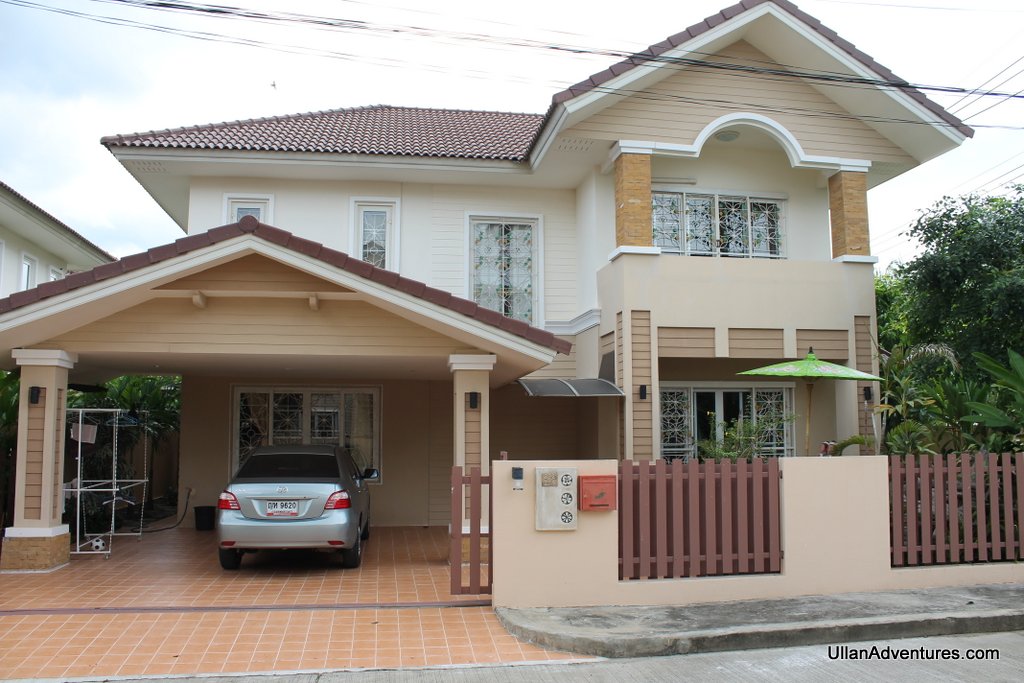 When we got to Chiang Mai, we weren’t even quite sure where we wanted to be.  The city was appealing, but for the most part, all we could find were small apartments and condo-style accommodations.

After spending a couple days driving around with agents, we ended up somewhat far from town, but in a nice neighborhood that we hoped would have plenty of expats and kids.  There  were a few expats, but almost no kids near our kids’ ages.  Oh well!

The house we did get was pretty modern and at a glance, indistinguishable from houses you’d see in the US.

Around the outside, we had a little table and benches, then just narrow strips of grass surrounding the house. 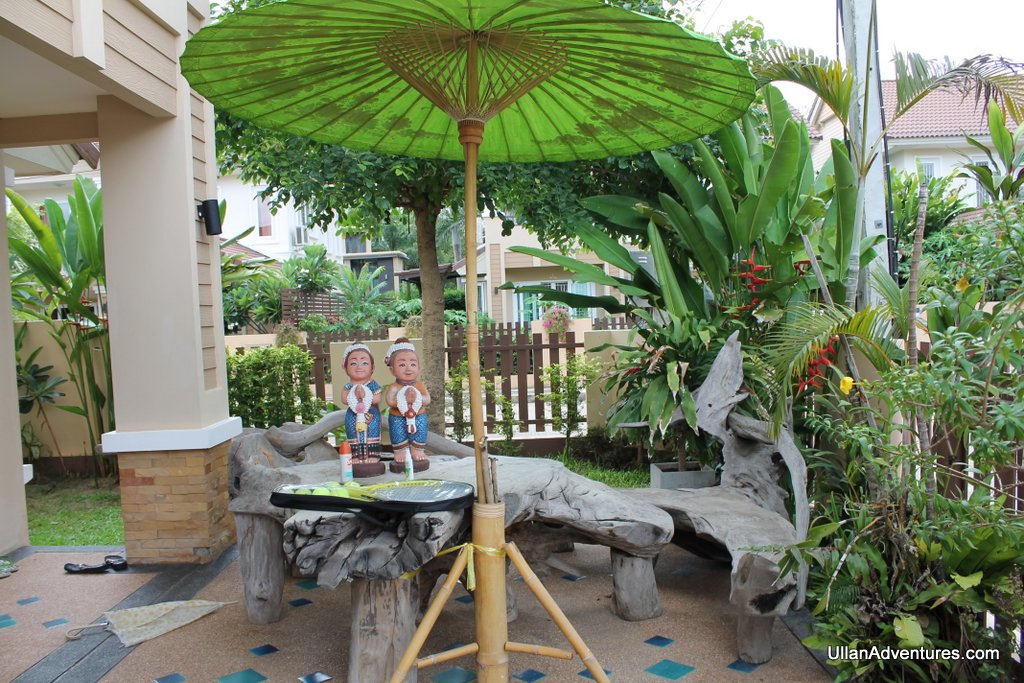 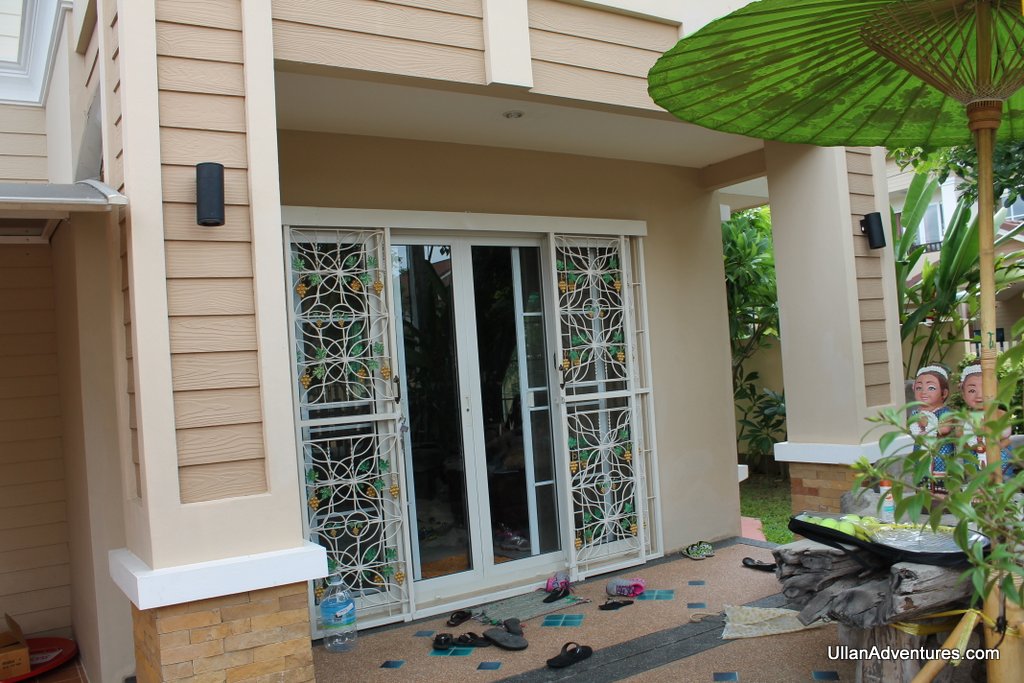 Gotta love all the security iron on every door. 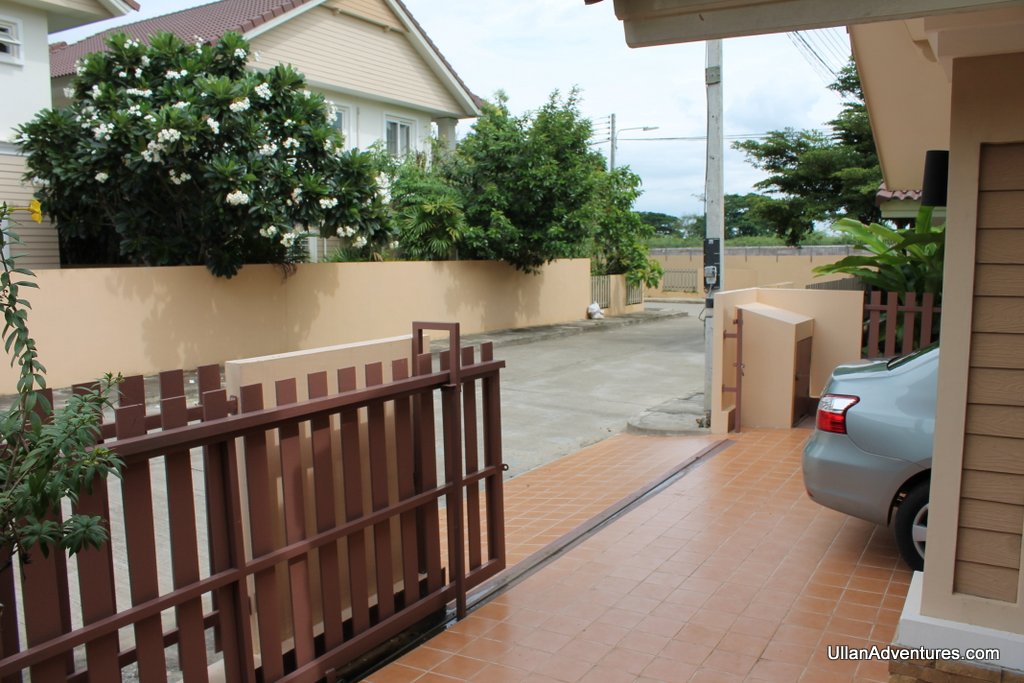 This heavy iron gate was really annoying! Everyone in the neighborhood shuts them, so if yours is open, security comes to check if there’s a problem. 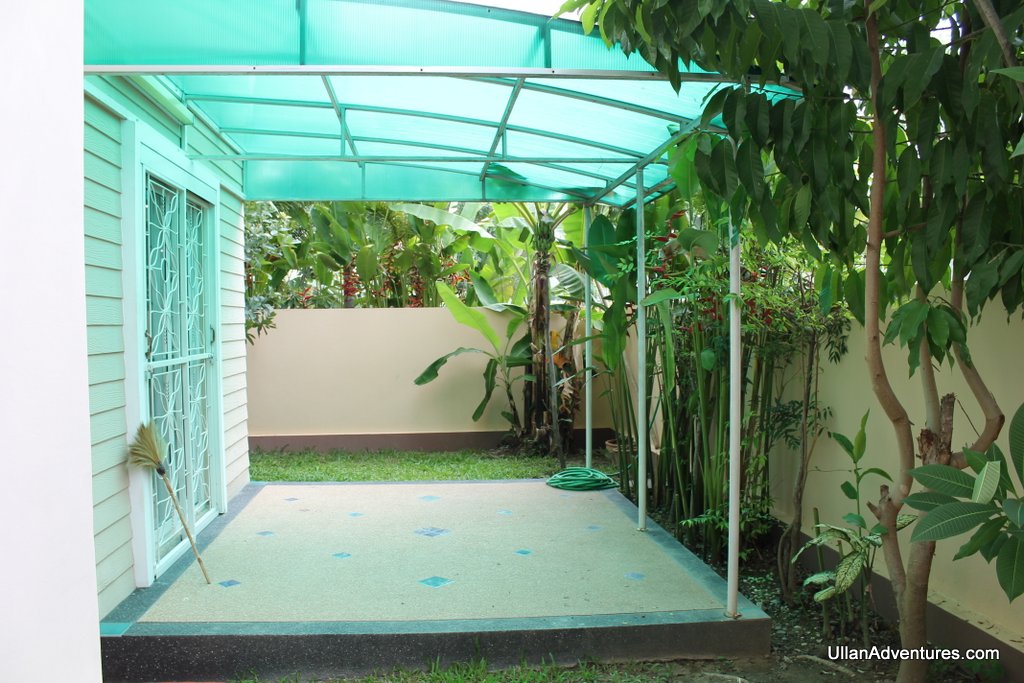 In theory, this little patio would have been great for chilling outside. In practice, we had no furniture for it and it was usually hot, humid and mosquito-y enough that we never used it. 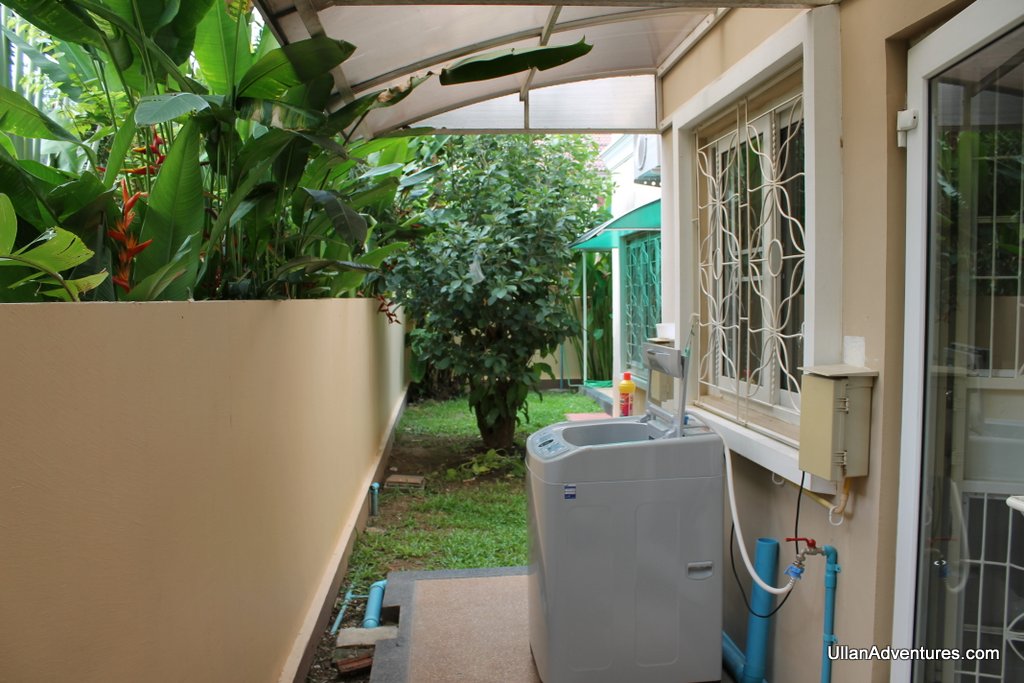 Inside, we had a little family room that also had an area for a dining table 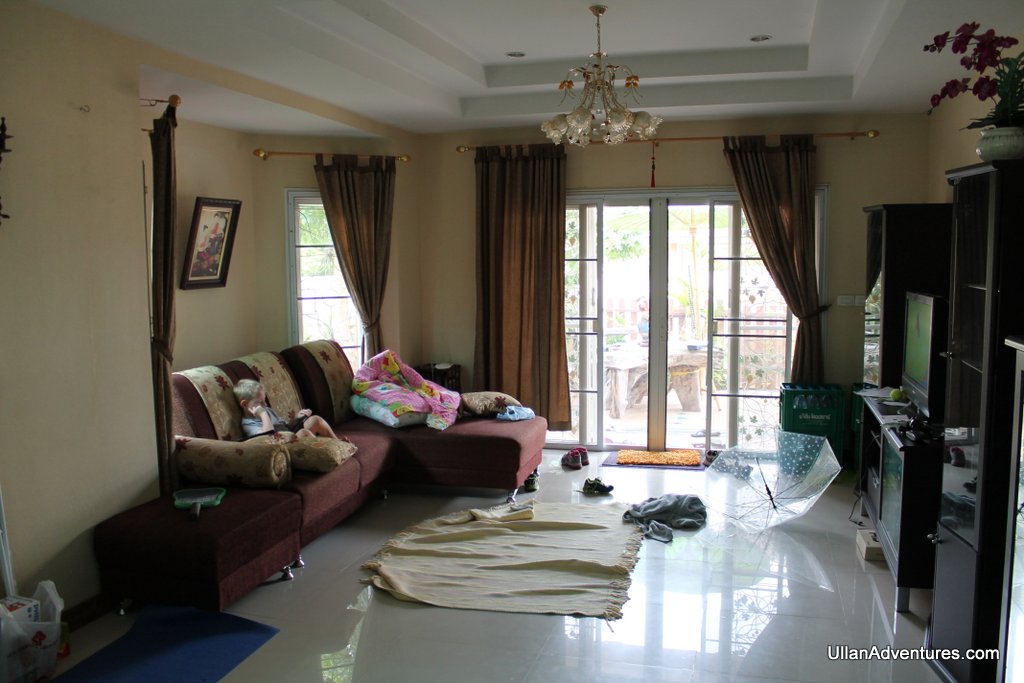 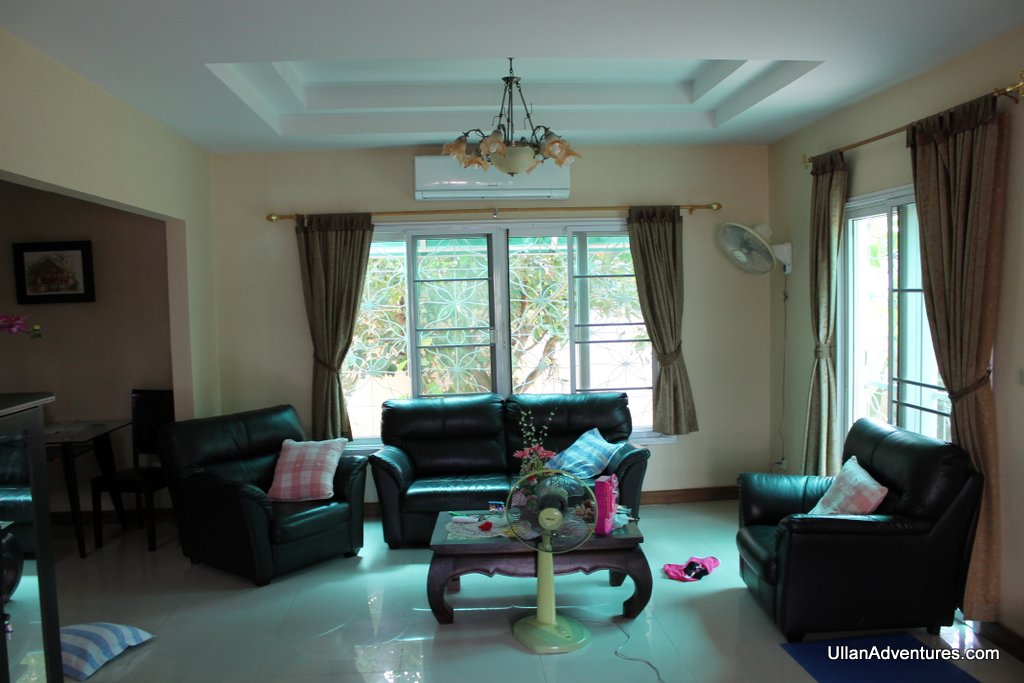 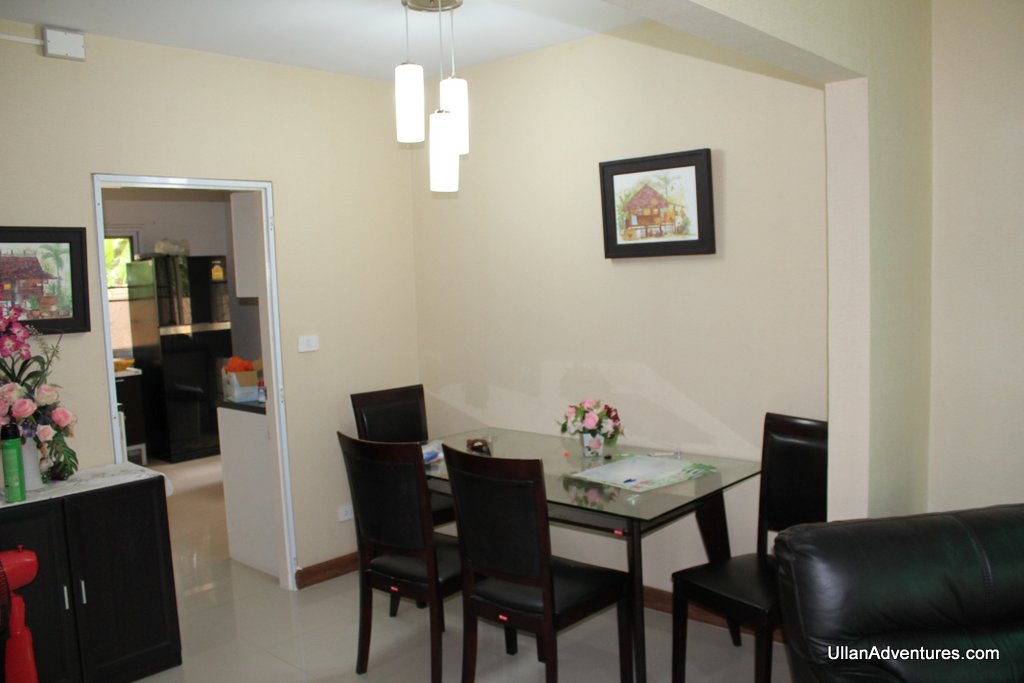 The kitchen was small and basic, but very large and decked out by Thai standards.  And yes, that’s a clothes dryer in the kitchen.  It didn’t vent to the outside, so we had to drain the water from a removable plastic box after every load.  We shouldn’t complain, though.  A dryer in Thailand is kind of like finding a unicorn. 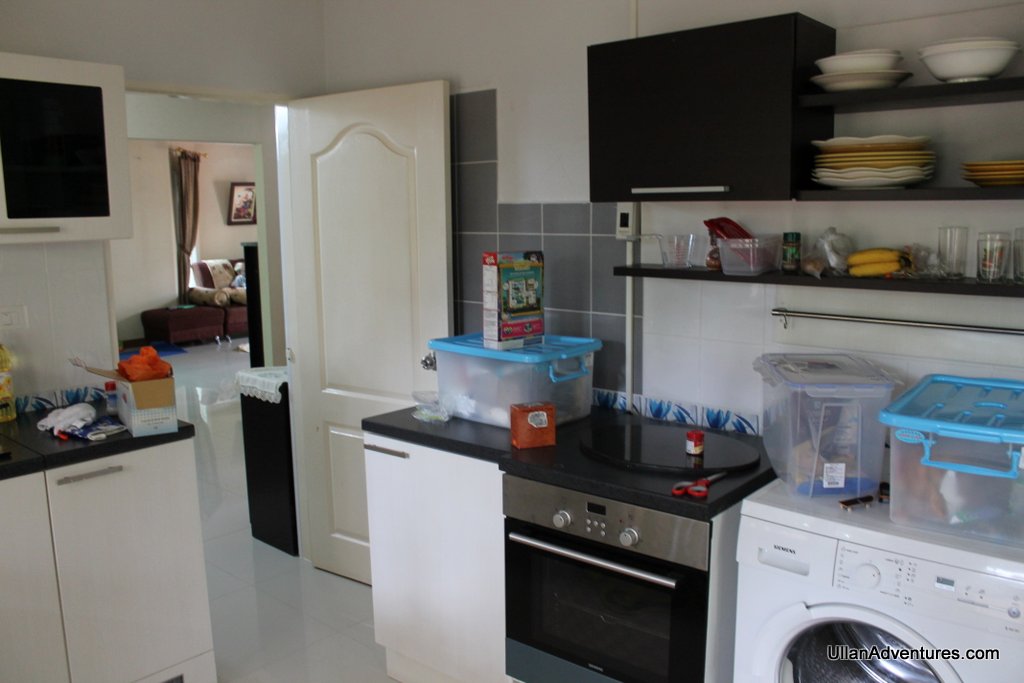 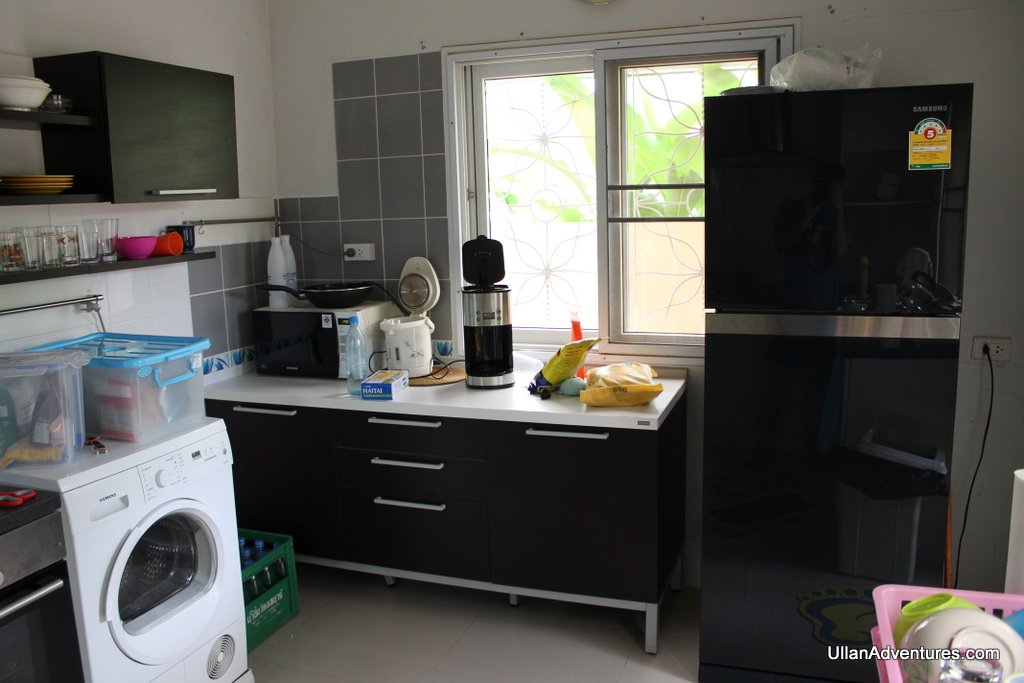 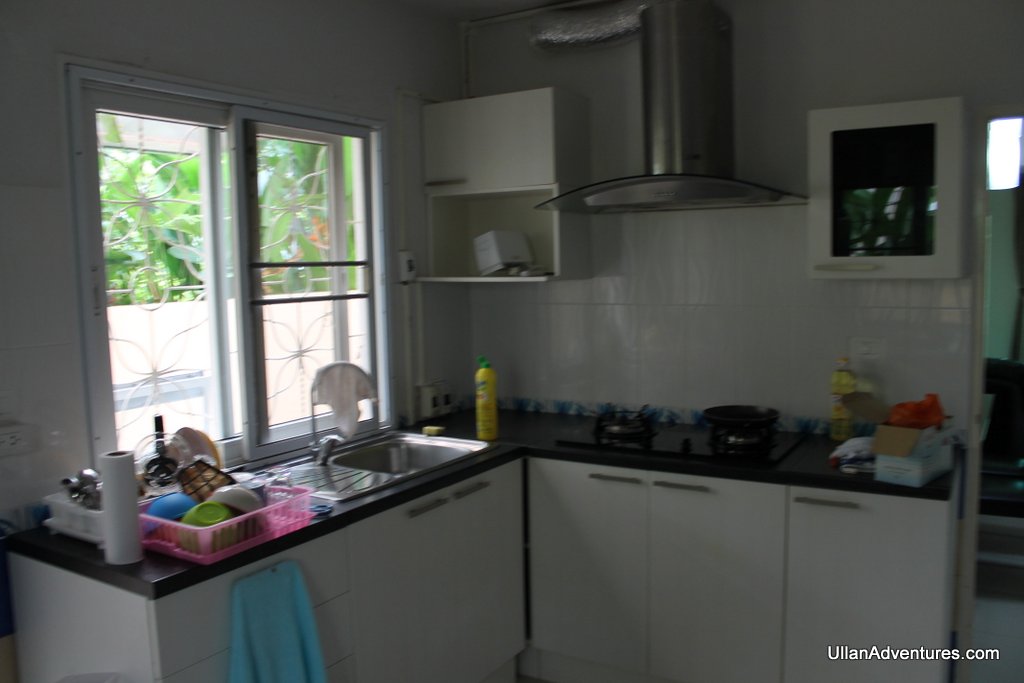 Upstairs we just had the 3 bedrooms with not-so-comfortable beds. 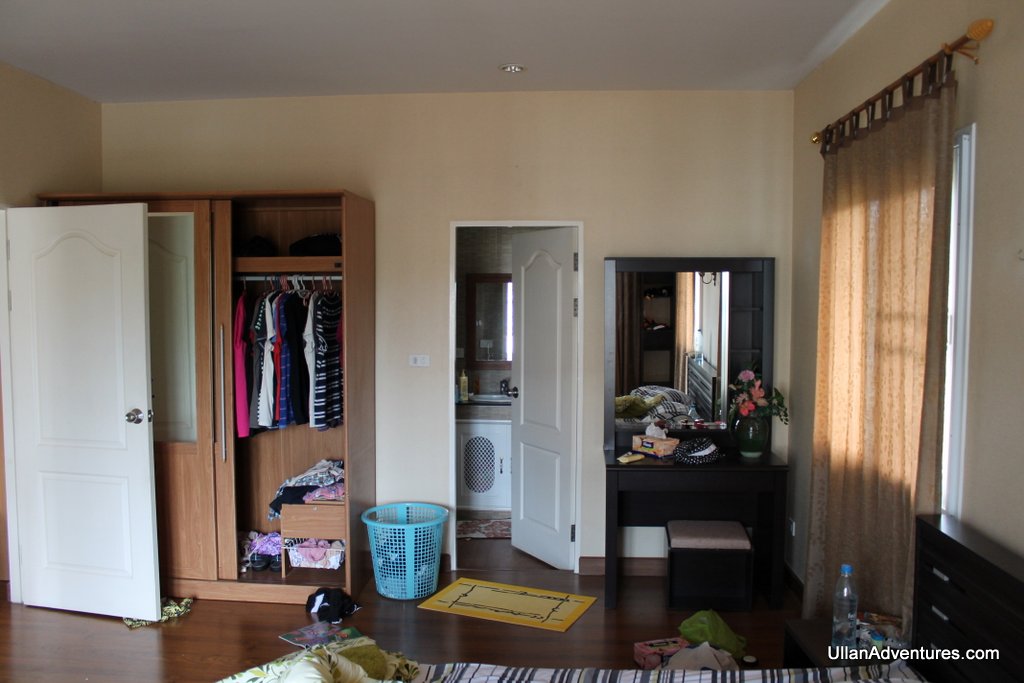 Master BR from one direction 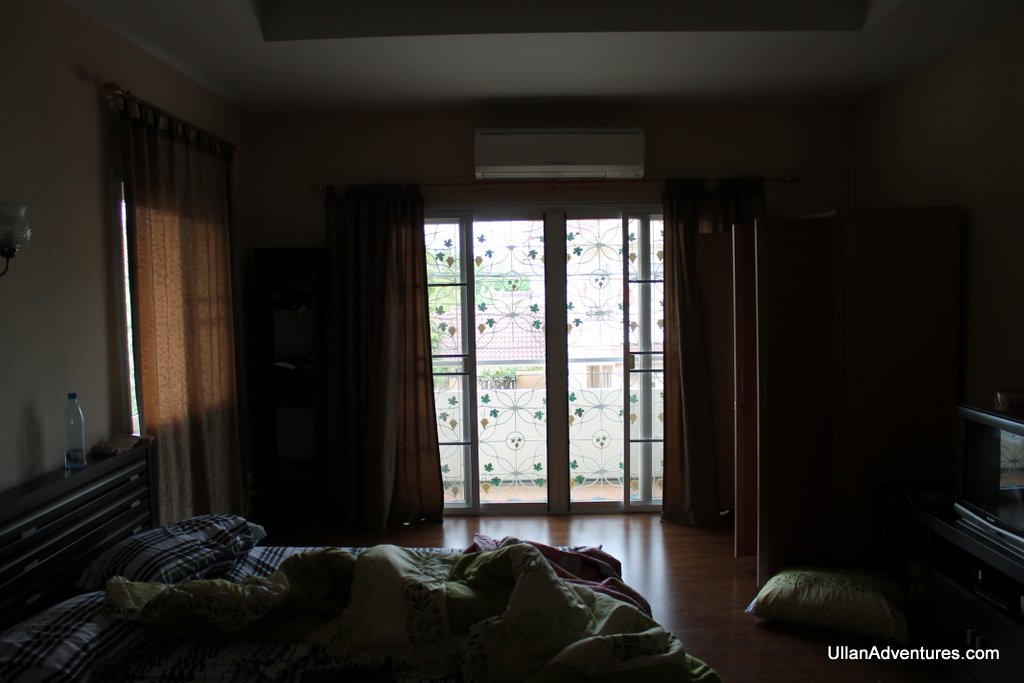 Master BR from the other direction