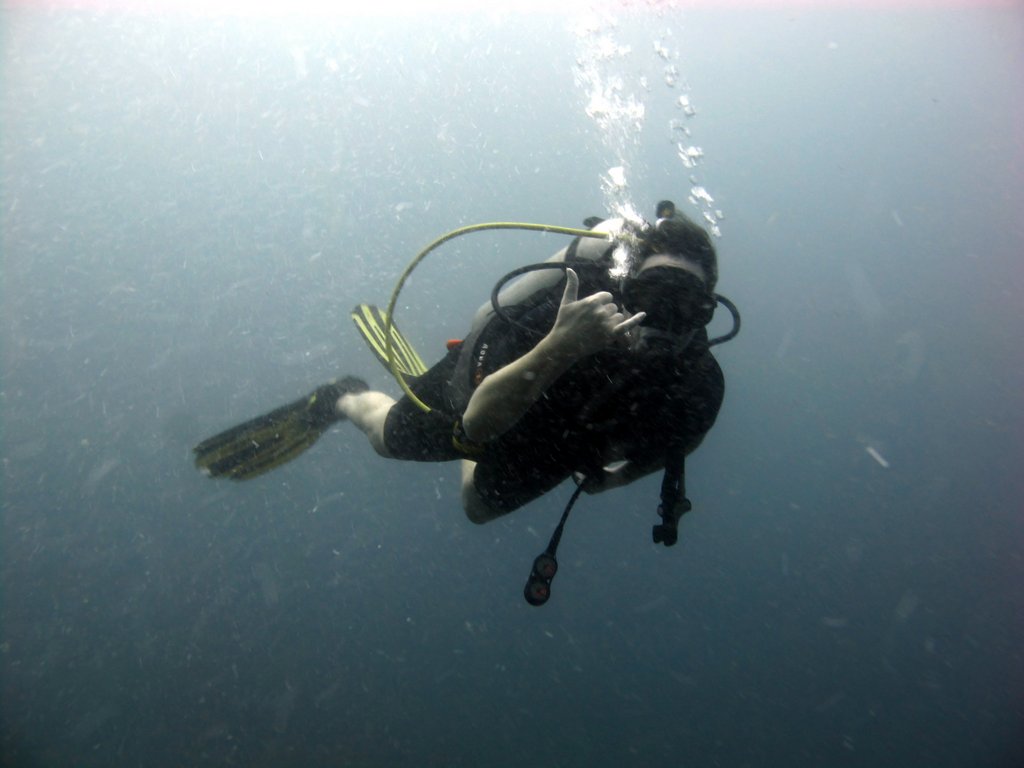 While we were vacationing on Koh Samui, I was able to go scuba diving twice while Chuck watched the kids.  The first time I went to Chumphon Pinnacle and Twin Rocks off the coast of Koh Tao with CSI: Samui.  I was REALLY hoping to see a whale shark on either dive, however, it was not to be.

The water was murkier than I was used to from Hawaii but I was blown away by the large schools of fish and the sheer number of other fish.  And it was interesting to see the same type of fish we had in Hawaii with different markings or different shadings – like the parrotfish weren’t nearly as vibrant and multi-colored as the ones from Hawaii, and the triggerfish were bigger and more muted as well (and supposedly much meaner).

After snorkeling and diving in Hawaii so much, it was so cool to see different creatures and different corals as well.

One of the highlights, that unfortunately we didn’t get on film, was seeing a Blue Spotted Eagle Ray. And in a first, the cleaner wrasse apparently thought I needed cleaning and started biting my lips – I had to shoo them away then cover my lips until we were clear.

Chuck went scuba diving the next day with the same company, however they went to Sail Rock, which is another one of the main scuba diving sites in the region.

And finally, I went diving one more time with a different company because I wanted to scuba dive Sail Rock as well.

Sail Rock from above 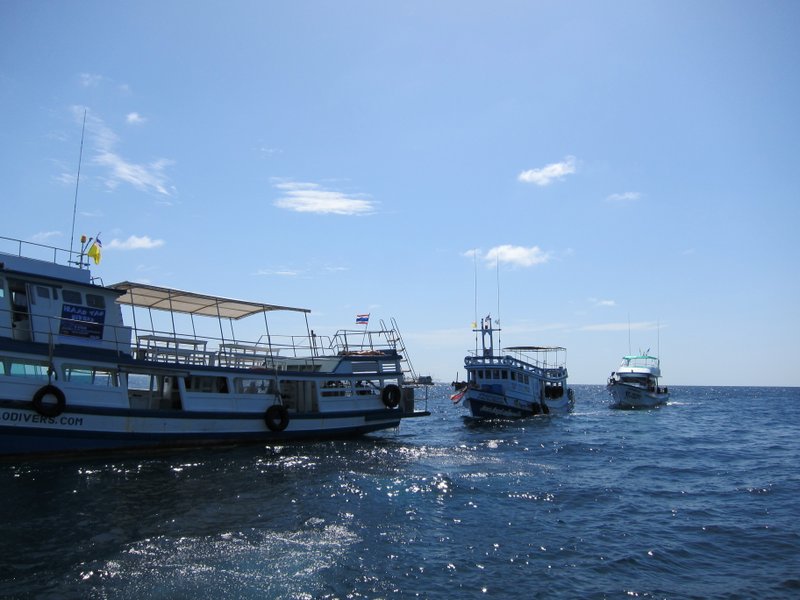 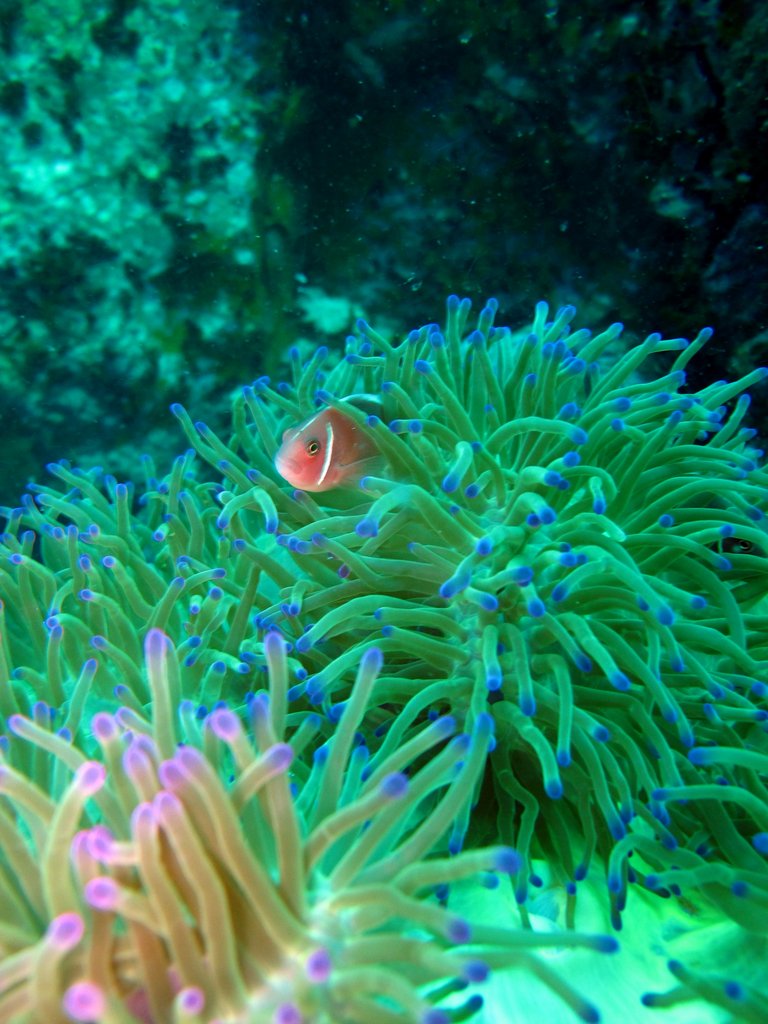 Anemone and a clown fish 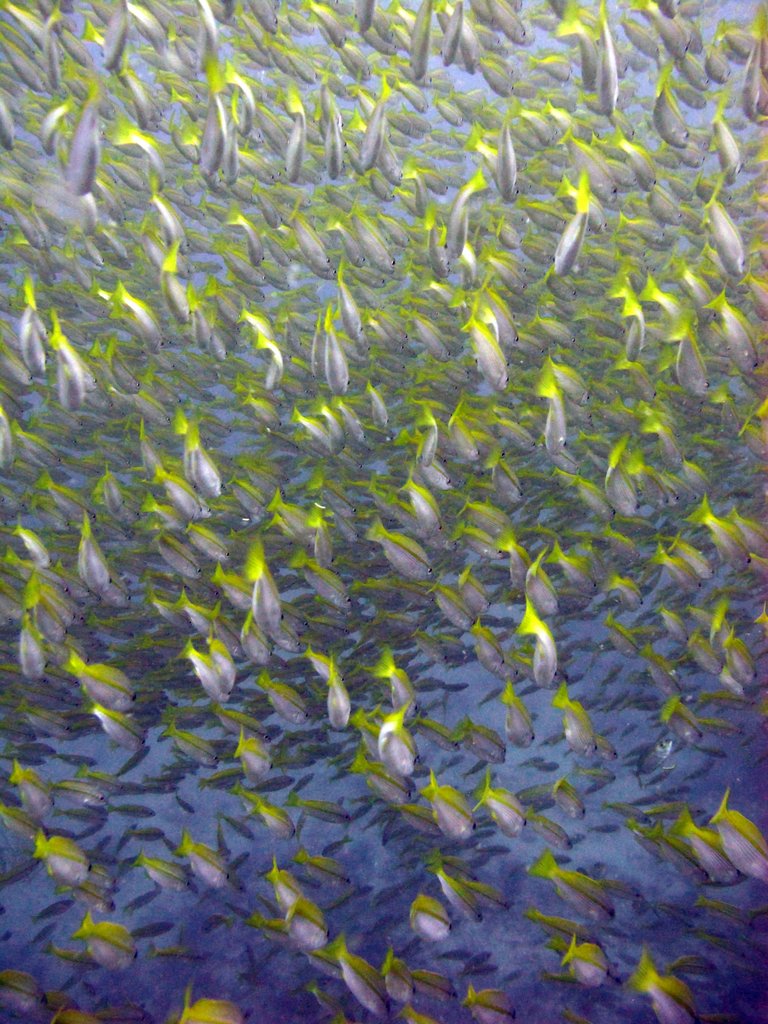 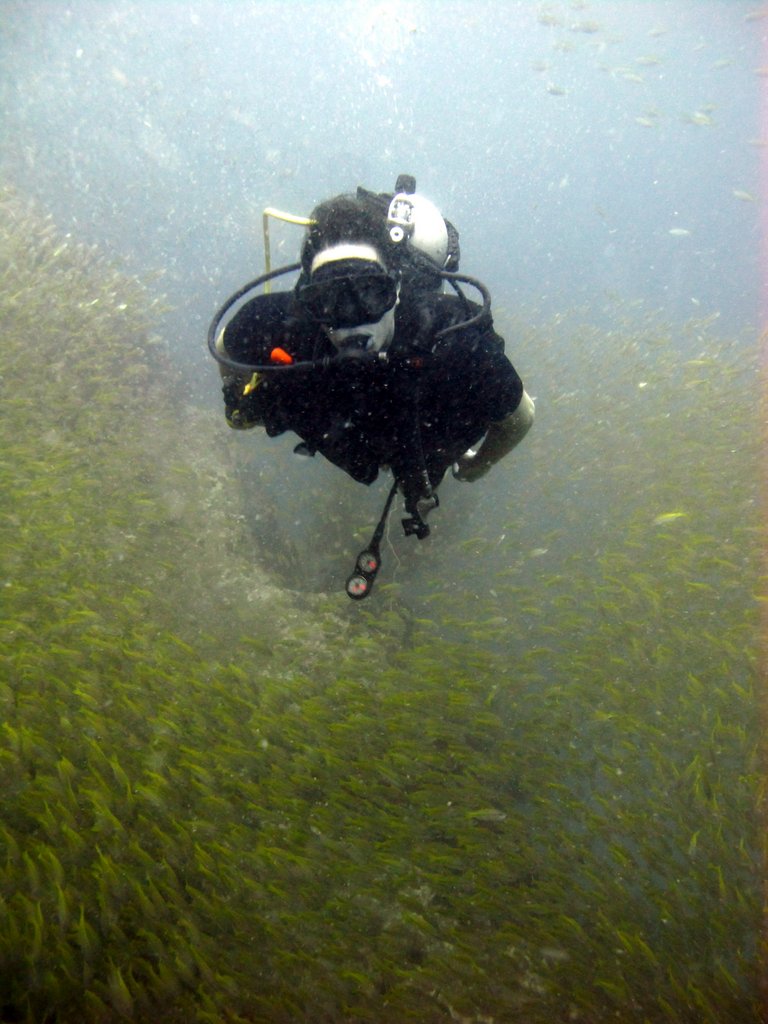 Swimming thru massive amounts of fish 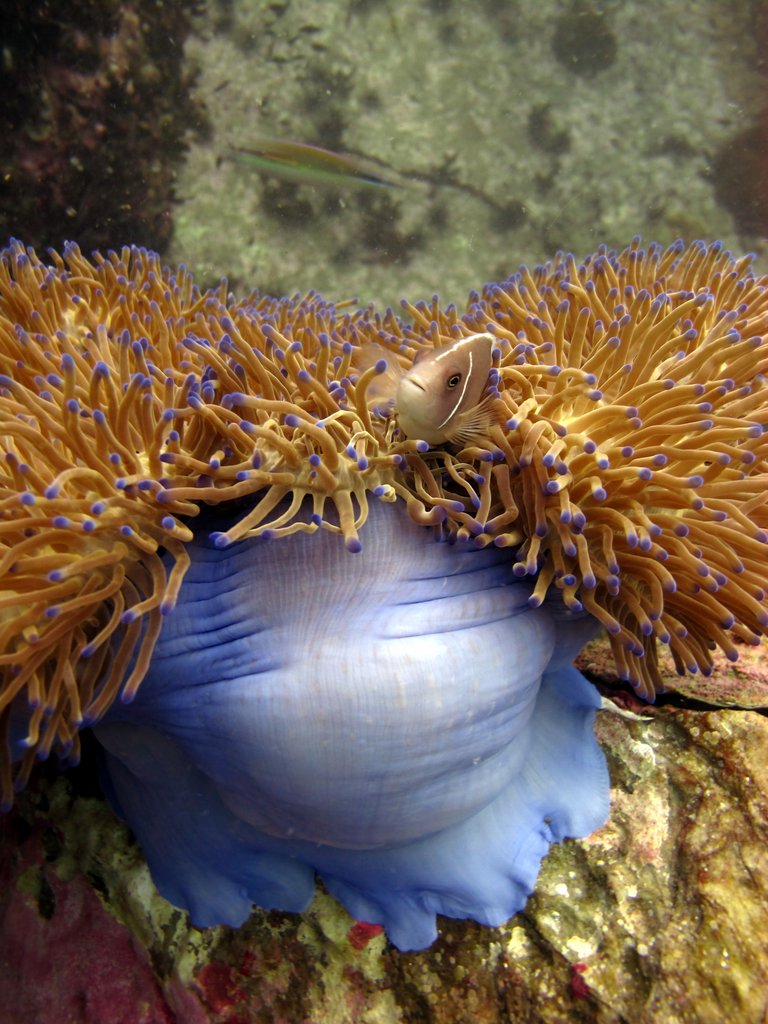 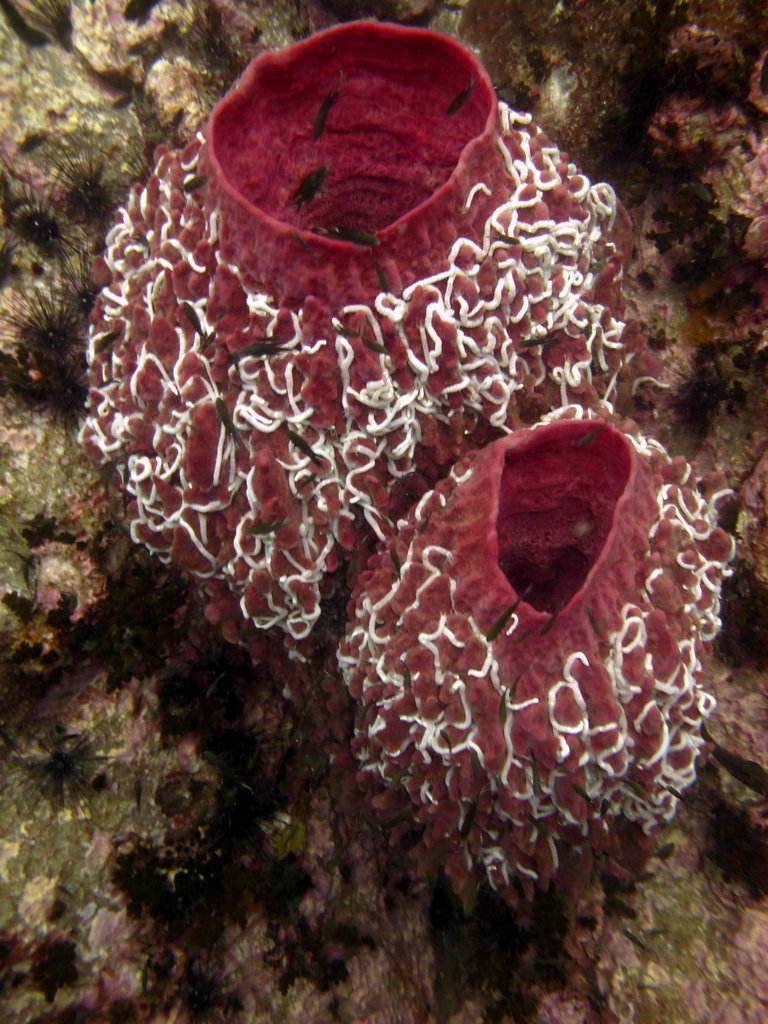 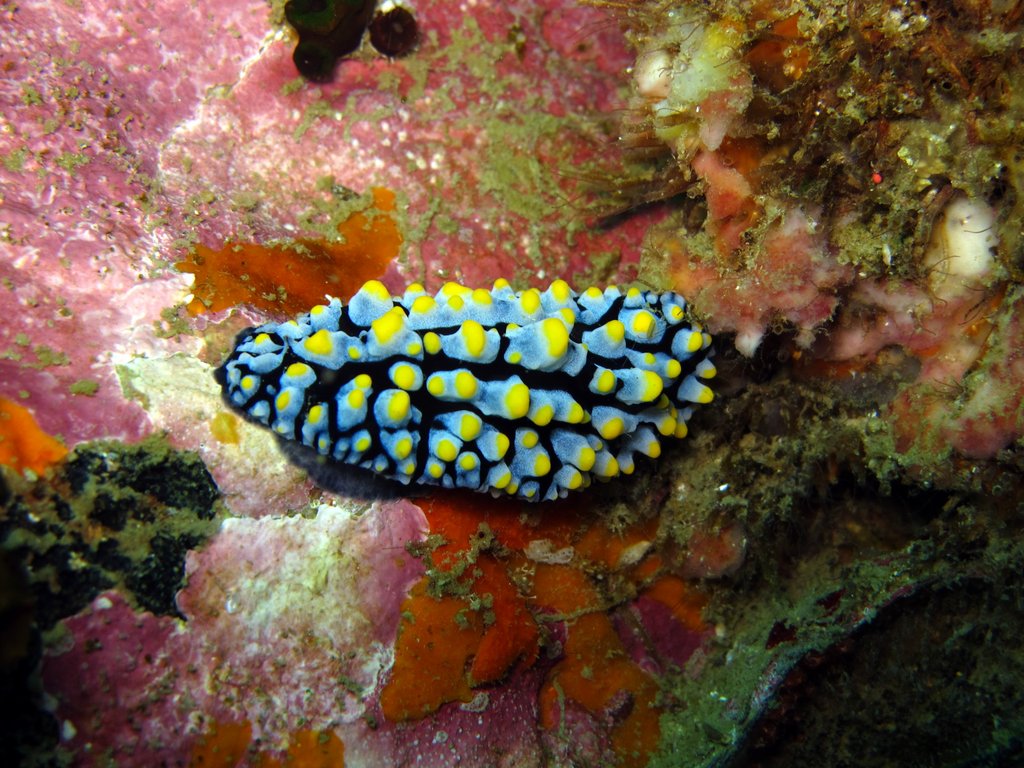 Christmas Tree worms – if you wave your hand near them, they immediately duck into their hole 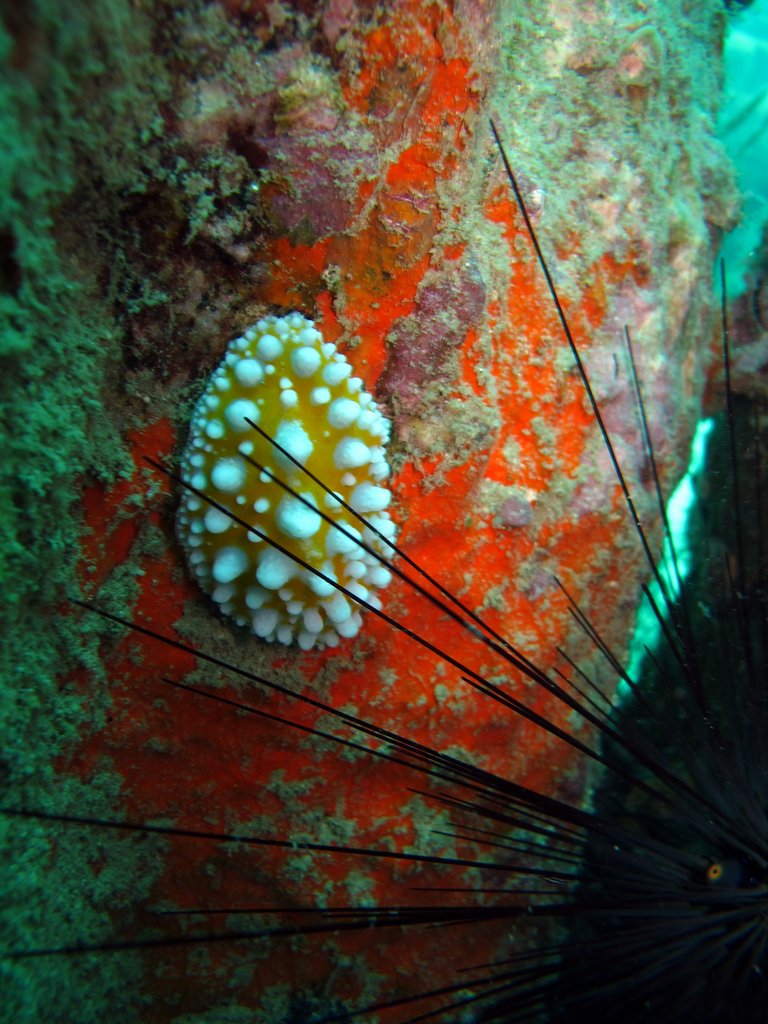 Nudibranch with a Black Long-spined Urchin