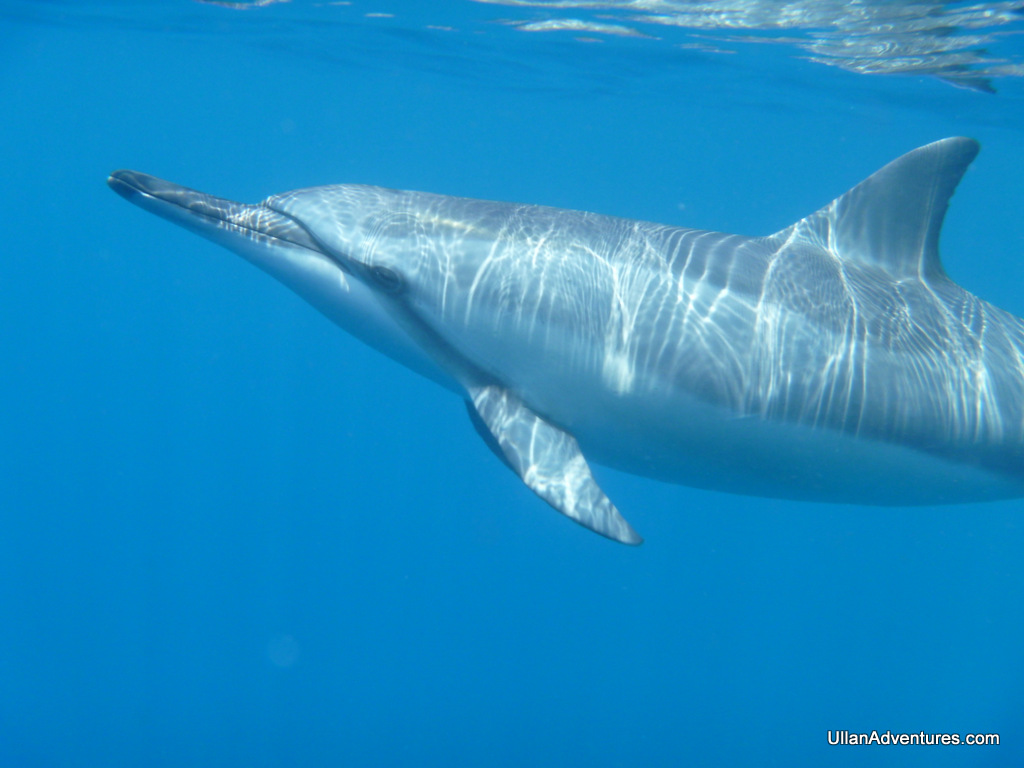 On Thursday, Chuck and I took the kayak down to Kealakekua Bay which is about 30 min south of Kona. There are usually dolphins swimming in the bay but it’s also known for having great snorkeling on the north side of the bay near the Captain Cook memorial.

So we paddled out and when some dolphins came near, Chuck jumped in the water with them. After a while, I jumped in the water and waited patiently. Sure enough, dolphins started swimming under me and near me. I had at least 4 different encounters with the dolphins being close to me. At one point, there were about 30 dolphins swimming under and beside me. And at another point, some dolphins were near the surface and one got maybe 10′ from me before he turned and headed off in another direction.

Aside from seeing them, we could hear them “talk” to each other. And other times we’d see them jump and spin out of the water too.

After swimming with them for a while, we kayaked over to the north side and snorkeled for a bit.

It was one of the cooler things I’ve ever experienced and I can’t wait to take the kayak back down there with the kids next time.

Update: Chuck and I were lucky enough to experience this again also at Kealakekua Bay.  This time, one of the dolphins (above), circled around me a couple of times close enough for me to touch (I didn’t).  He (she?) looked me in the eye then swam off to join their friends.  It was an unbelievable experience to be so close and feel a connection to a beautiful, wild animal. 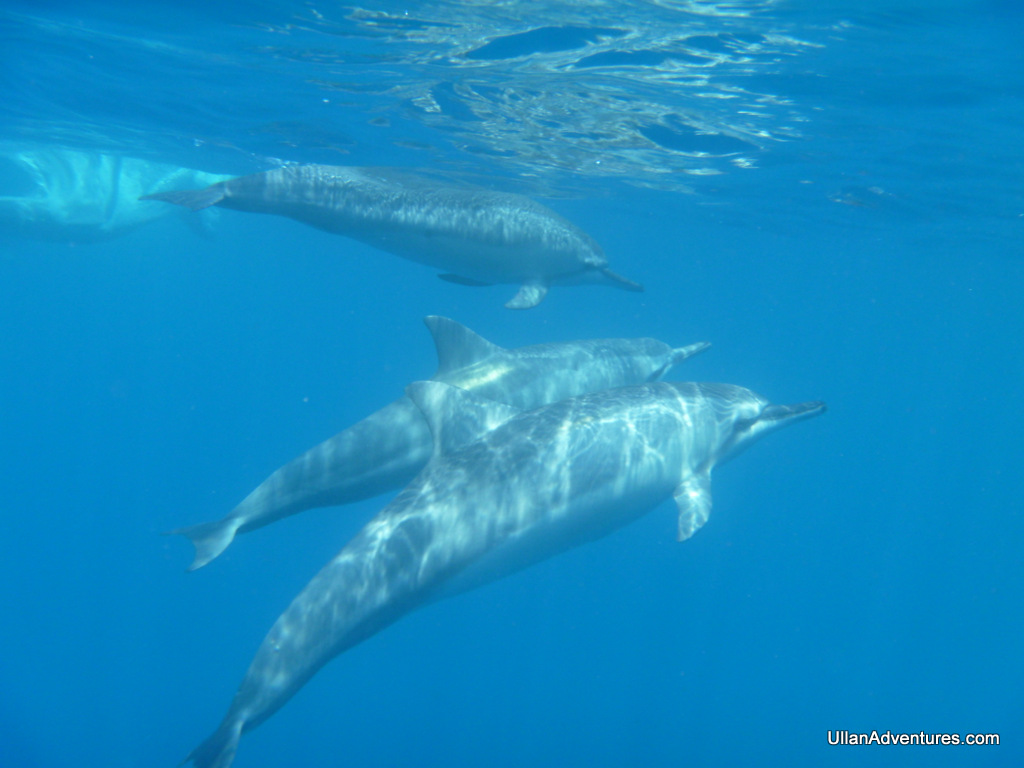 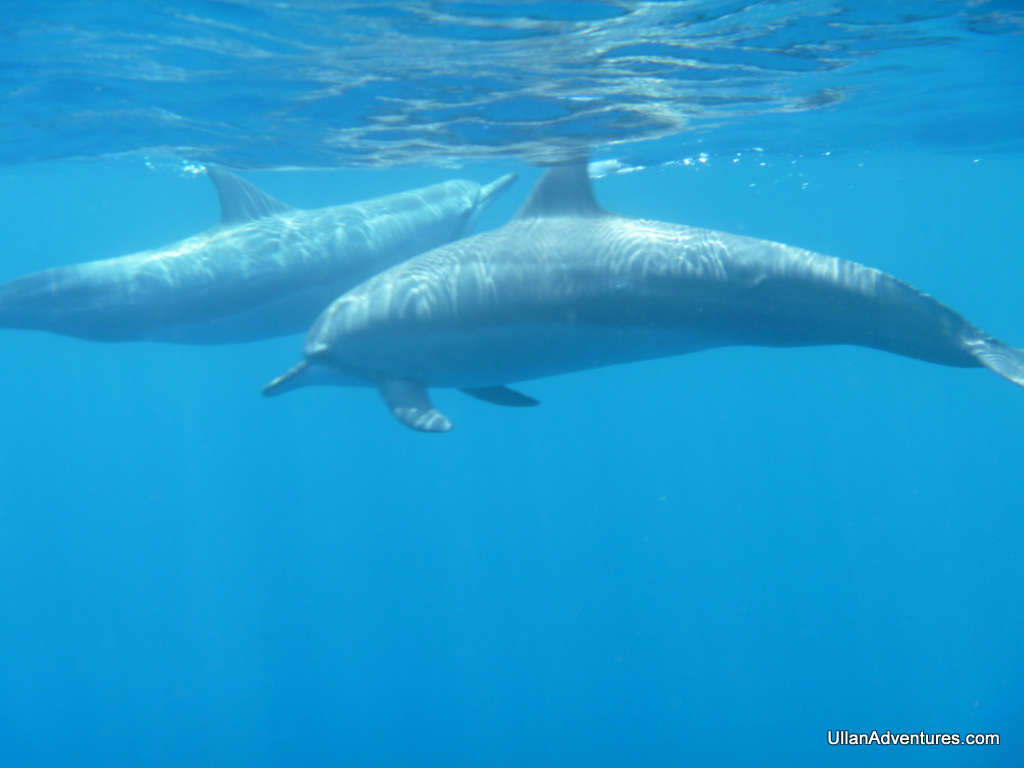 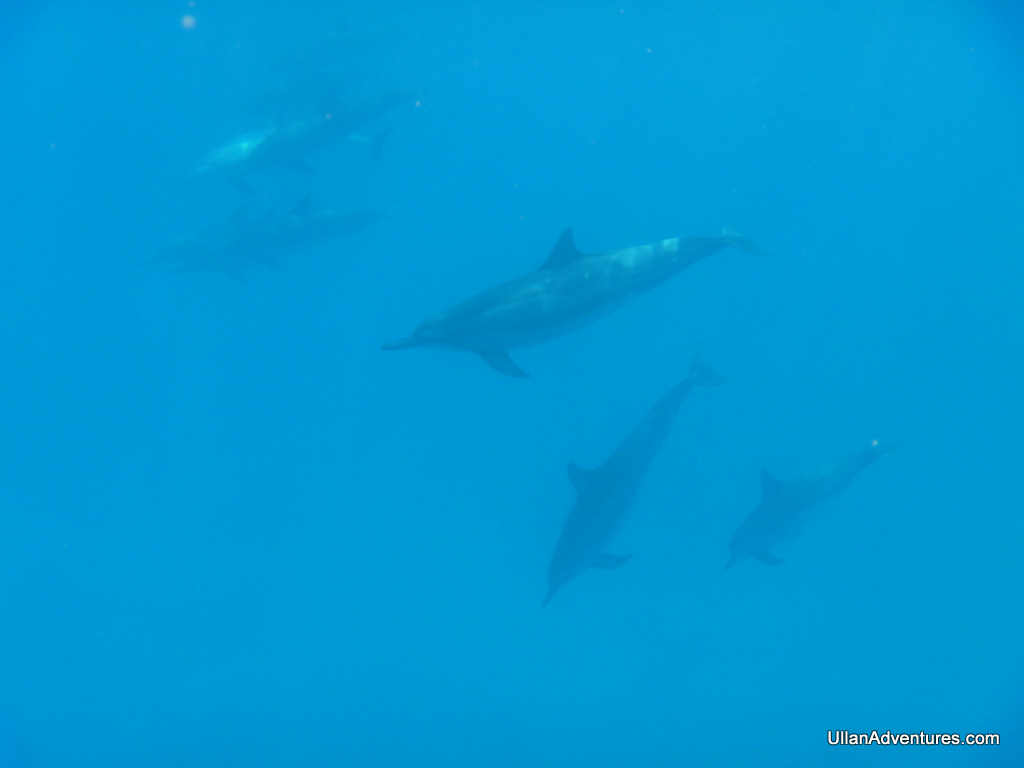 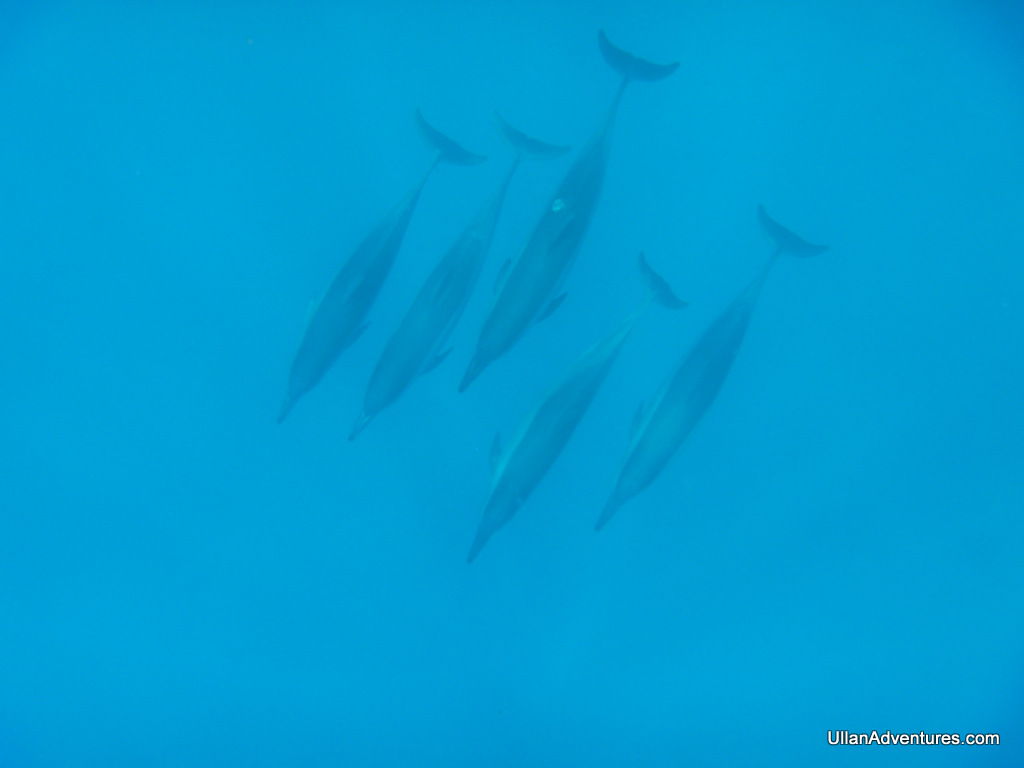 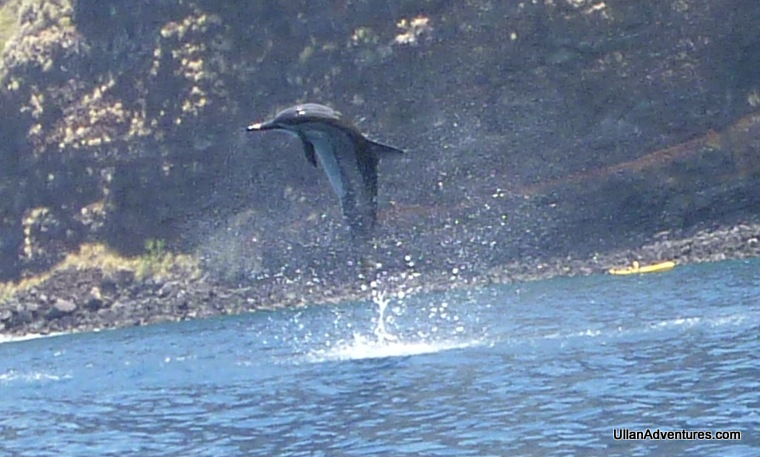