When Beckett Jumped into a Gorge 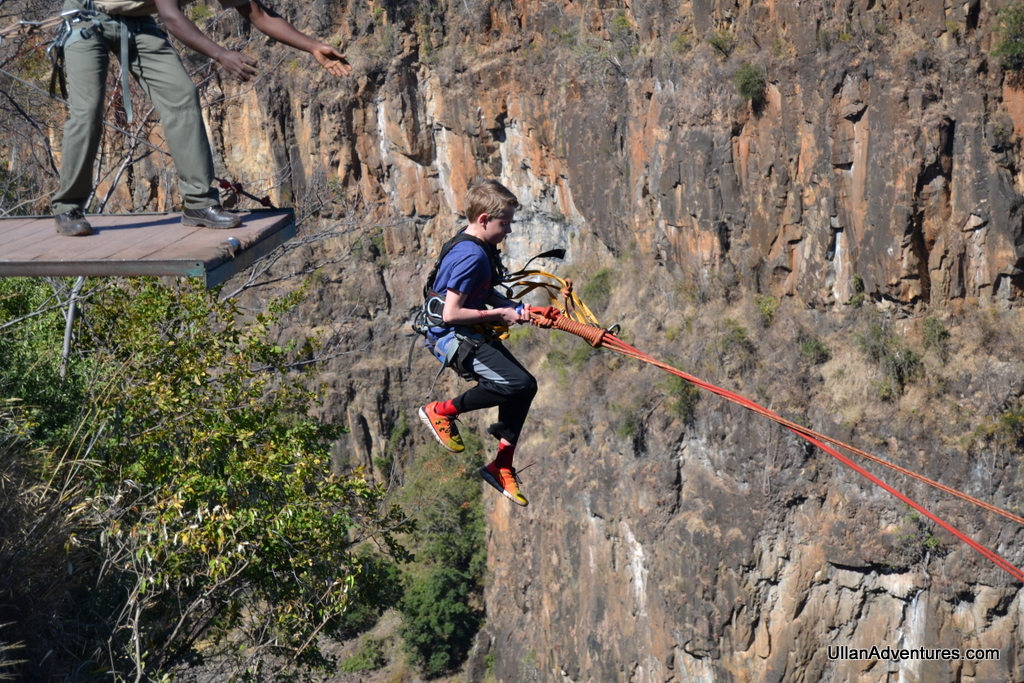 Before our trip to Africa, both kids were interested in doing the Gorge Swing near Victoria Falls.  They’d seen contestants bungee jump in Victoria Falls on the Amazing Race and both thought it looked fun.

The swing is like bungee jumping except you don’t end up upside down and you swing like a pendulum at the bottom instead of bouncing up and down. 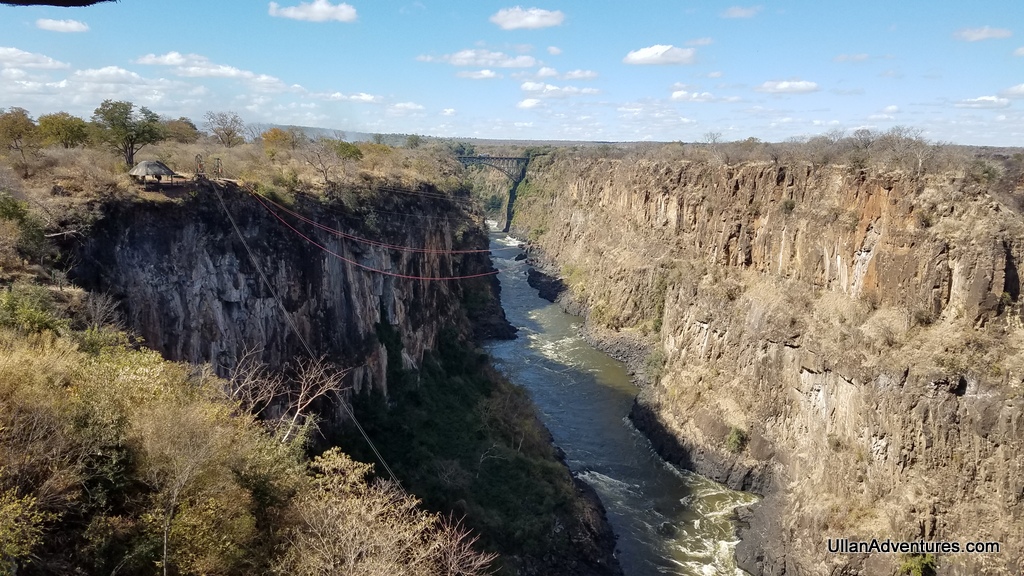 The gorge with the swing platform in the distance

Chuck and I had a lot of reservations letting the kids do it, but they both kept asking to do it.  In fact, Beckett had been begging to bungee jump since Thailand, 4 years prior.  So we said OK, then crossed our fingers that we wouldn’t regret the decision.

Normally I would’ve liked to do my jump first, but the way the timing worked, they went first.

They decided to do it tandem so they’d be together. 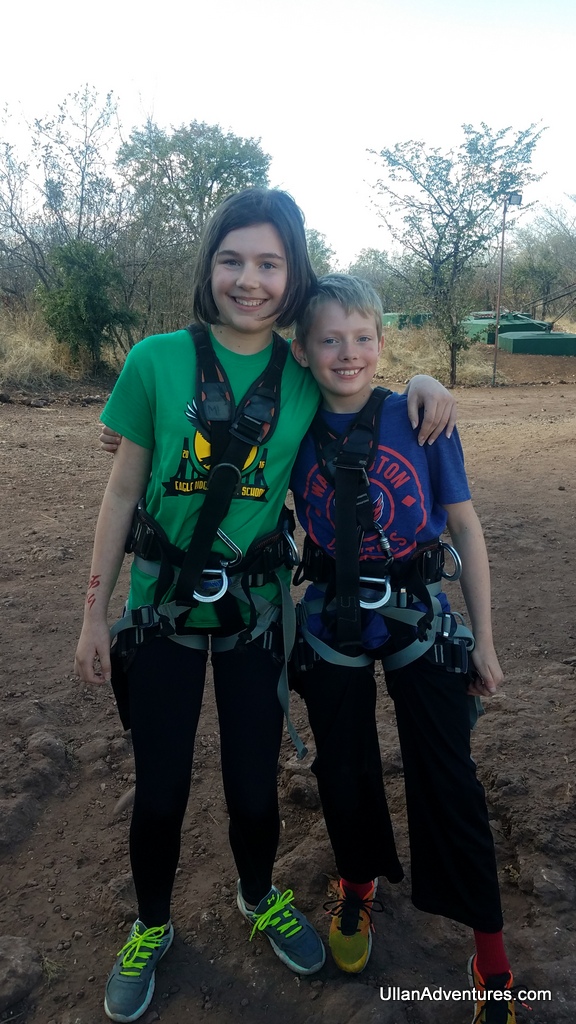 All smiles before the jump

Once they were suited up, they went to the platform to get hooked up to the bungee cords.  They were all set to go when all of a sudden they both burst into tears and starting saying they didn’t want to do it. 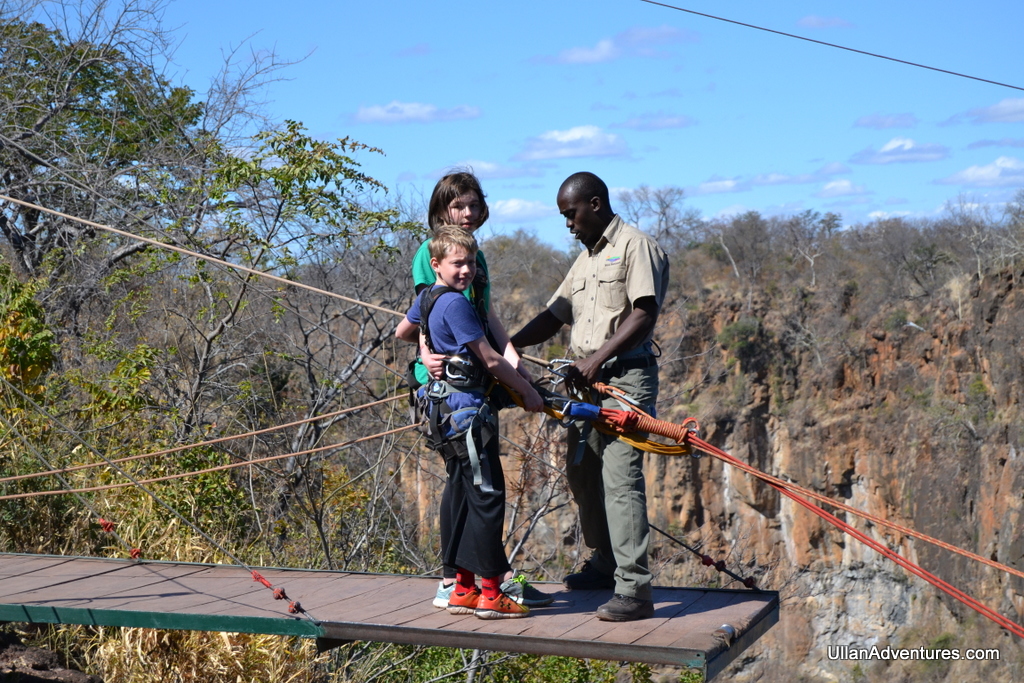 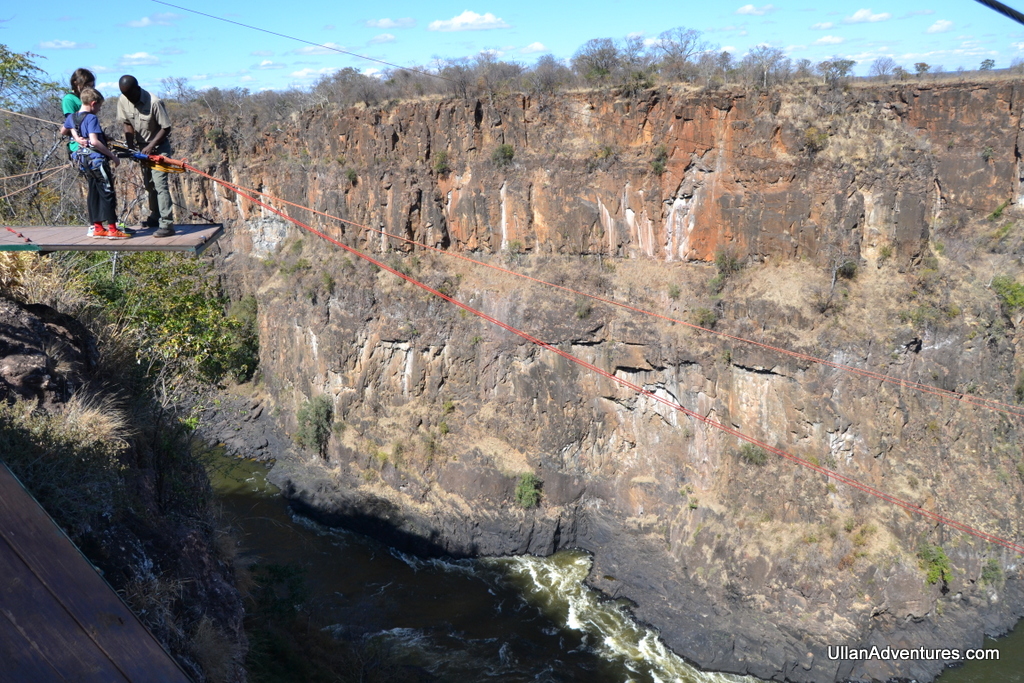 The guide unhooked them and they quickly came back to us all upset.  Mara said she didn’t want to do it any longer, but Beckett kept saying to give him a minute.  After a few minutes, Beckett decided he still wanted to do it, so they got him suited back up.

The guide hooked him up and next thing we know, Beckett is walking off the platform and falling into the gorge. 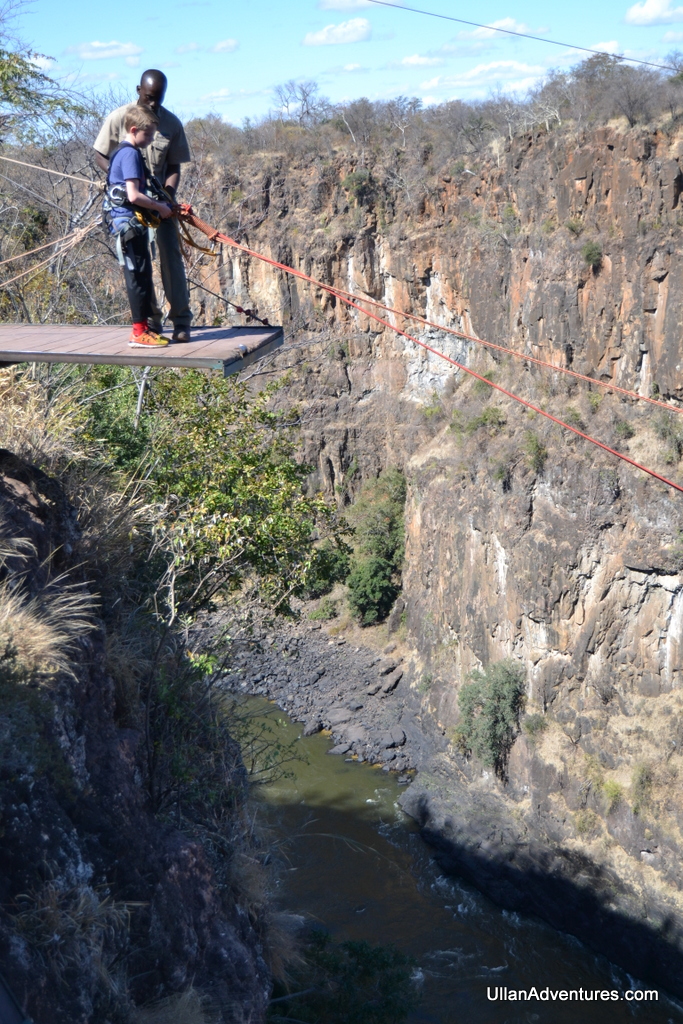 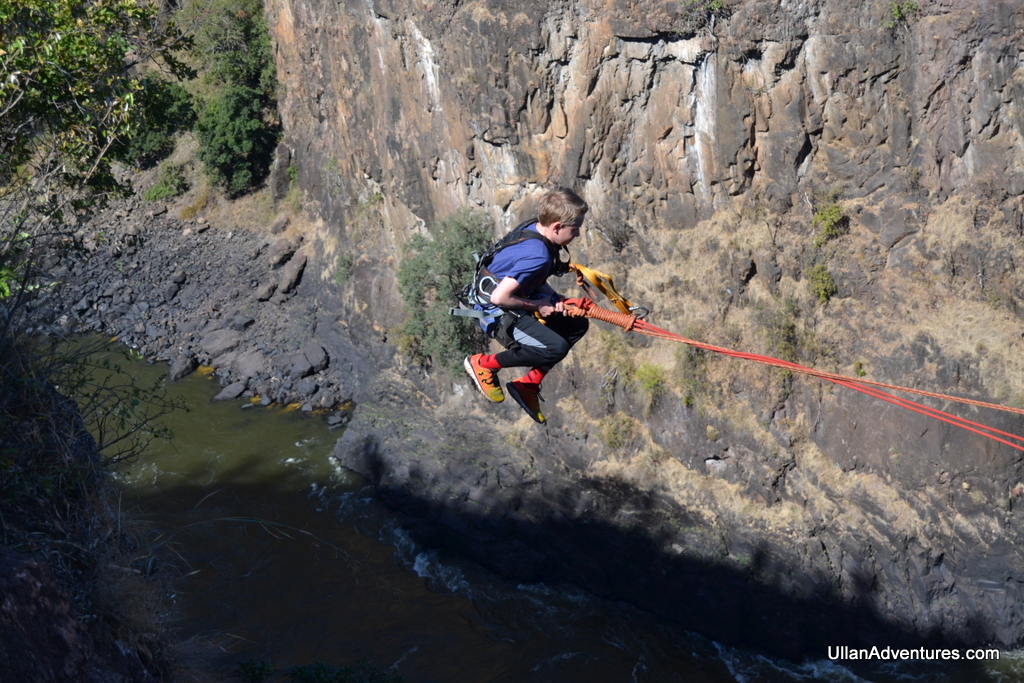 My heart stopped until I saw him swinging at the bottom of the gorge and I knew he was OK. 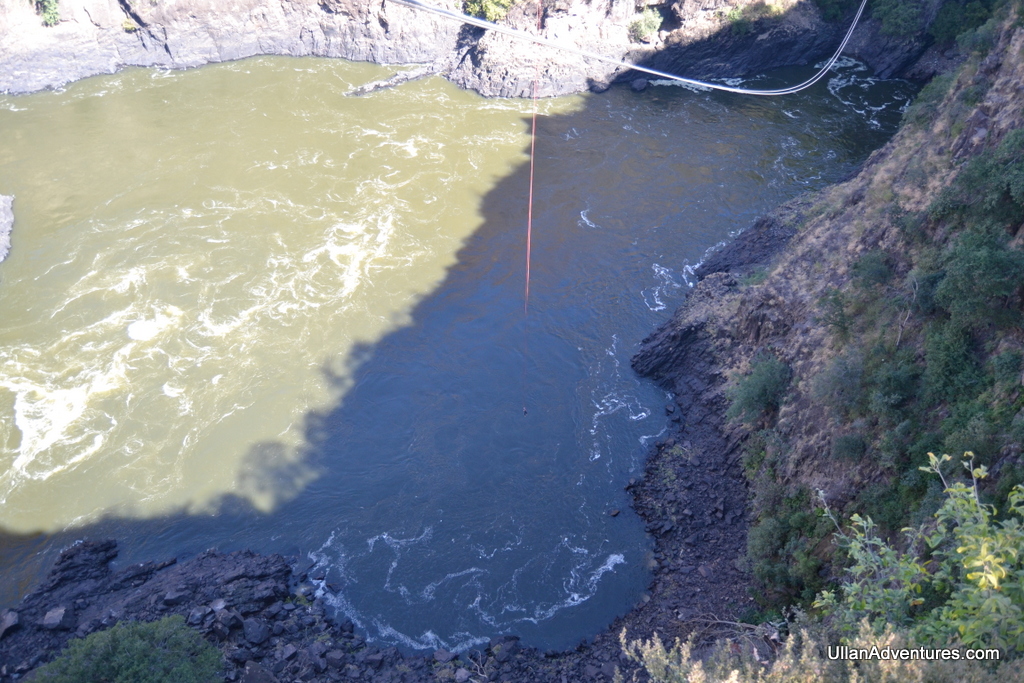 See him way down there?

Once he swung back and forth a few times, they hauled him up to the platform.  He hated this part and said it was the scariest part of the entire thing. 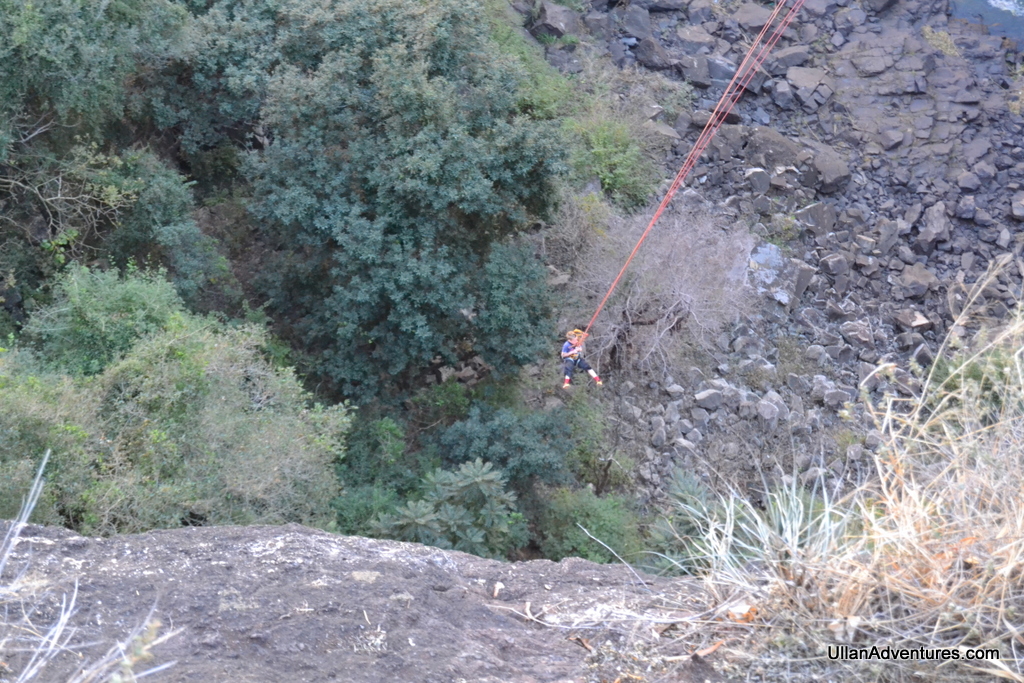 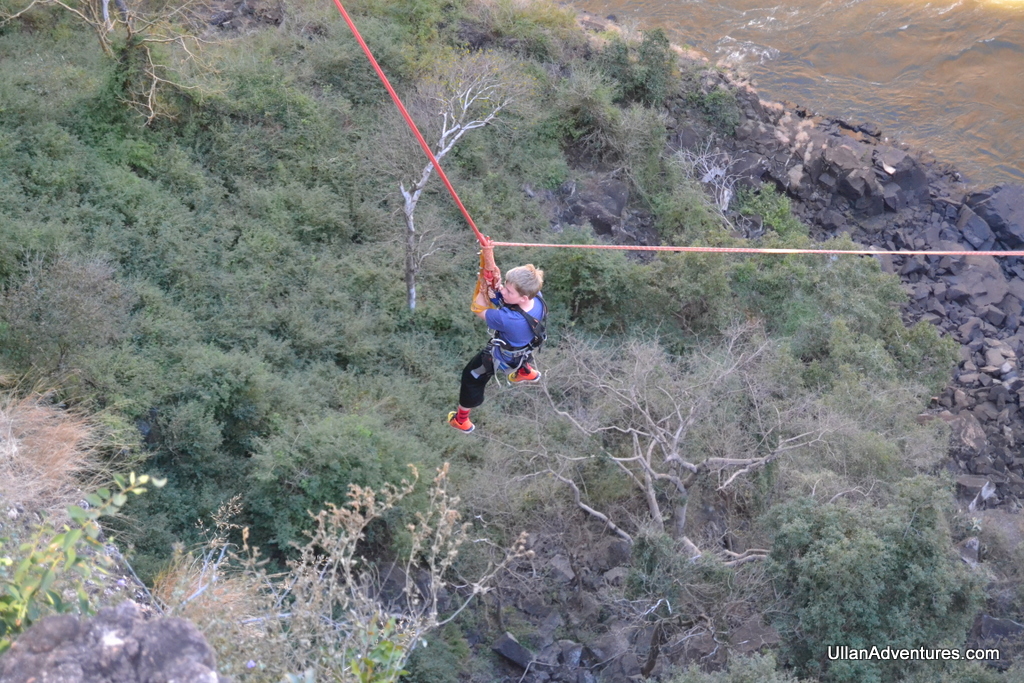 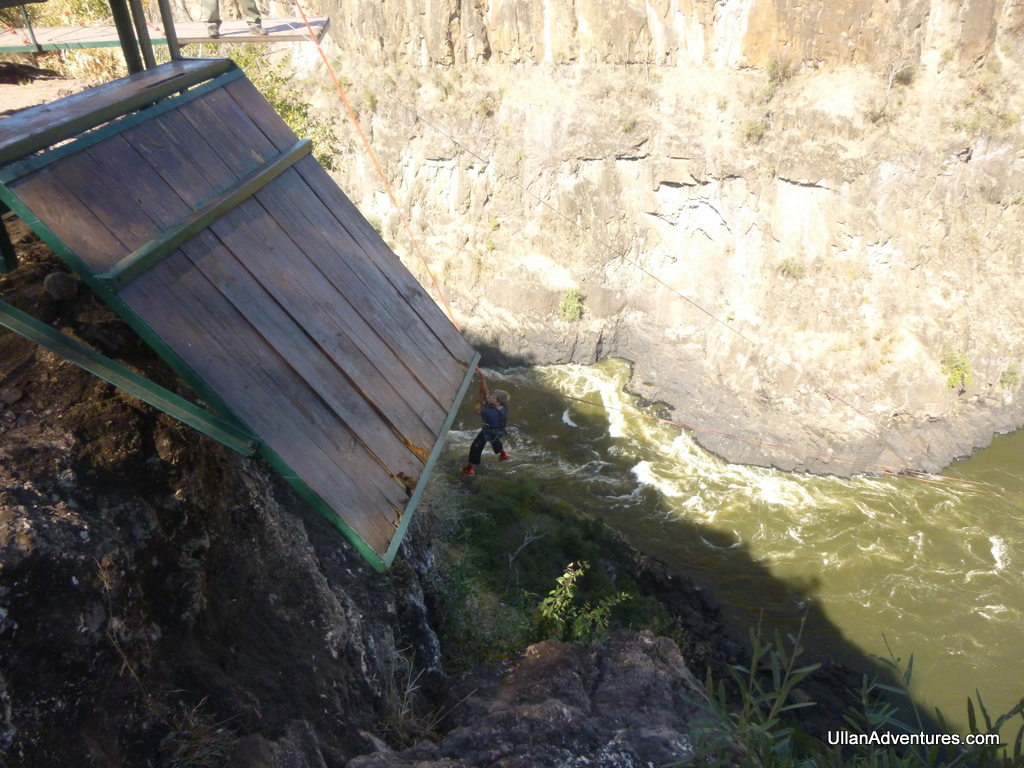 He was so happy to be back on solid ground! 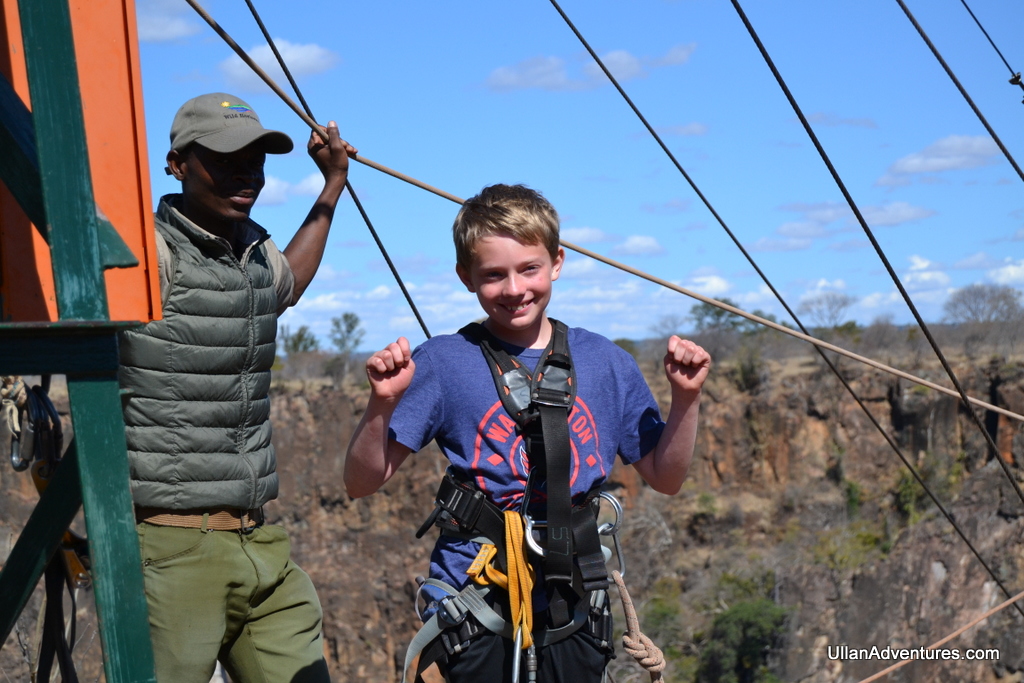 Afterwards, he was definitely happy he did it, but said he was shaken up.  And he said he’s not sure he ever wants to do it again as well.

Watch the video of his jump here:

Next post: That Time I (Stupidly) Jumped Off a Bridge