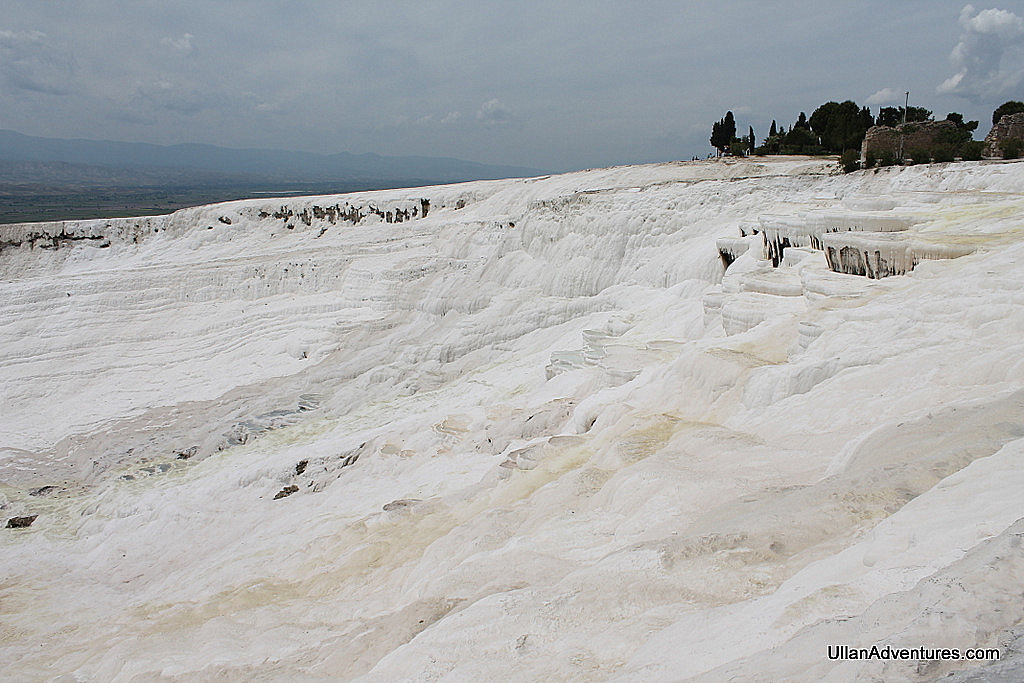 When we were scoping out cool stuff to do in Turkey, photos of Pamukkale really jumped out.  Pamukkale is a hillside of white travertine terraces created by hot springs depositing minerals that slowly accumulated over time.

Pamukkale is about 3 hours from where we’re staying in Fethiye.  We are so not tour group people. But, since we didn’t have a car and the tours would’ve cost the same as us doing it ourselves, we booked a tour.  And promptly got reminded why we never take tours. It worked out ok in the end though and saved us 6 hours of driving it ourselves plus navigating and all that.

Unfortunately, we only got about 2 hours at Pamukkale and didn’t have nearly enough time to explore the terraces and also see the ruins and swim in the hot springs.  There were also a number of nuisances during the day but at least we got to see it.  Most importantly, neither kid got sick on the bus trip, which is a win for us!

The travertine terraces were the highlight of our visit: 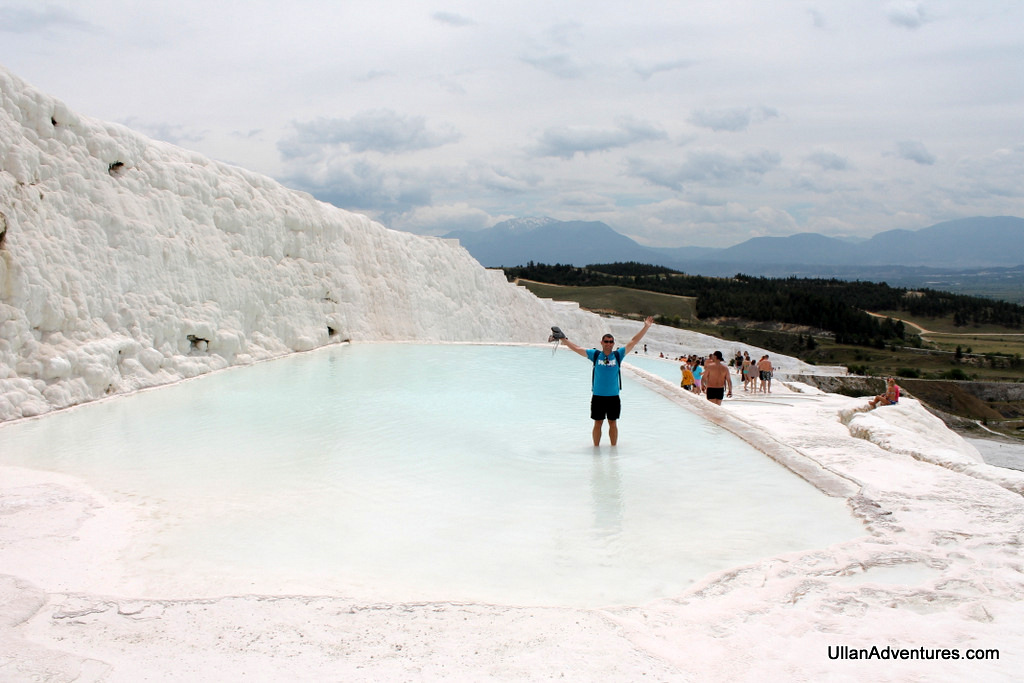 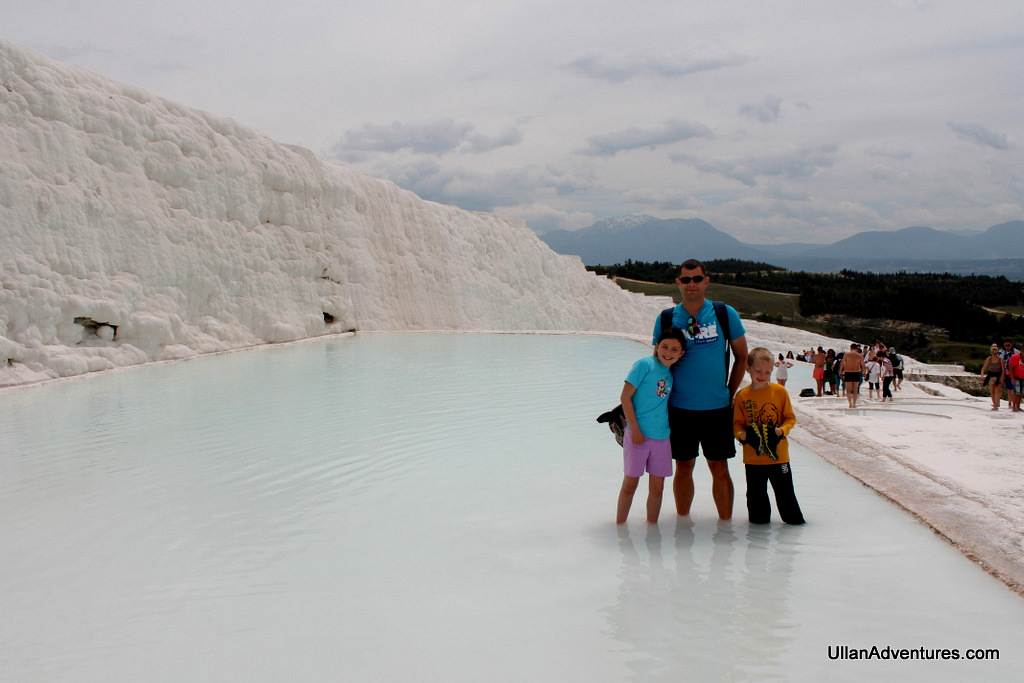 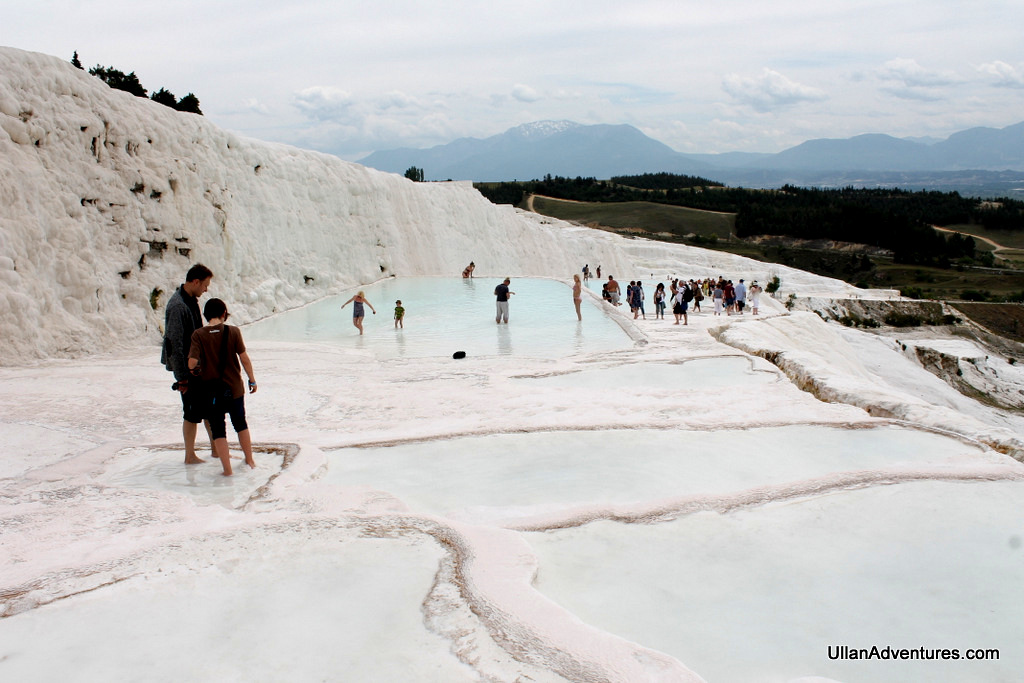 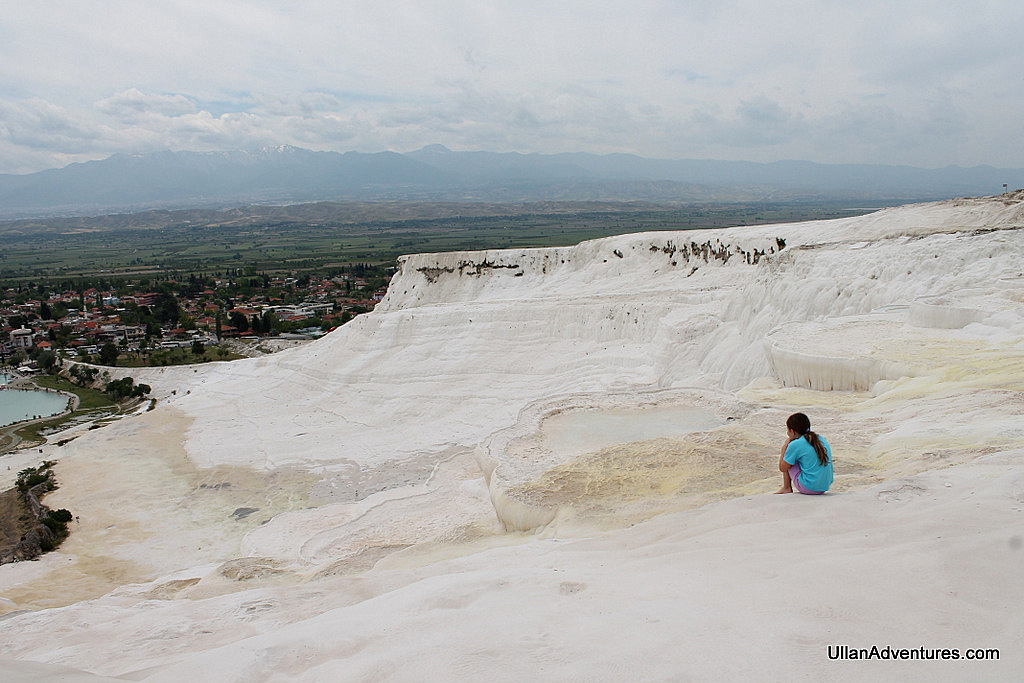 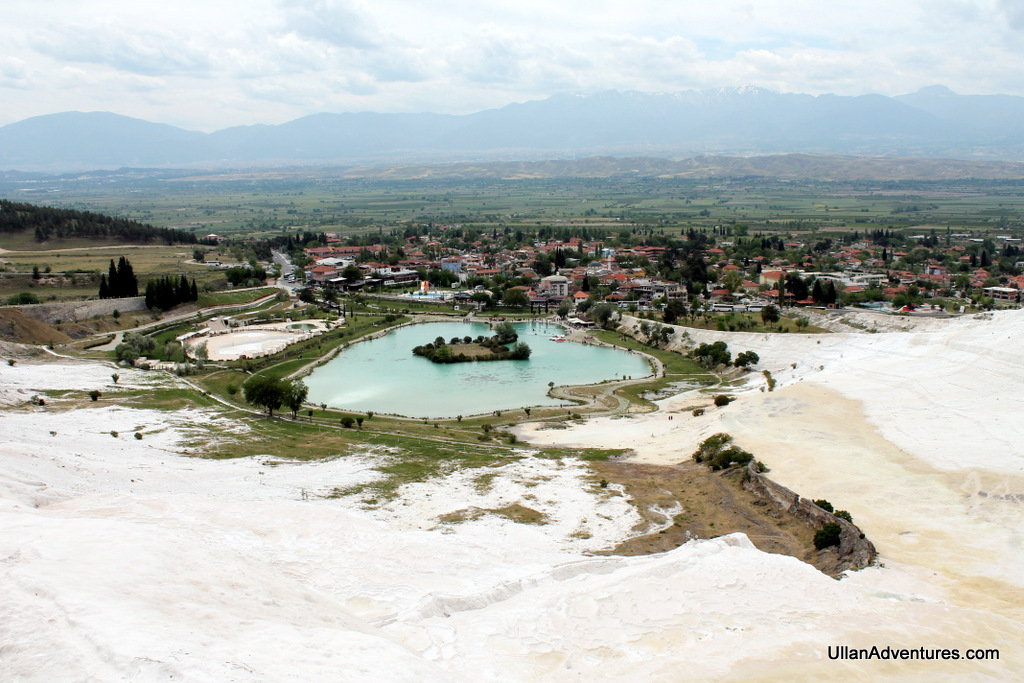 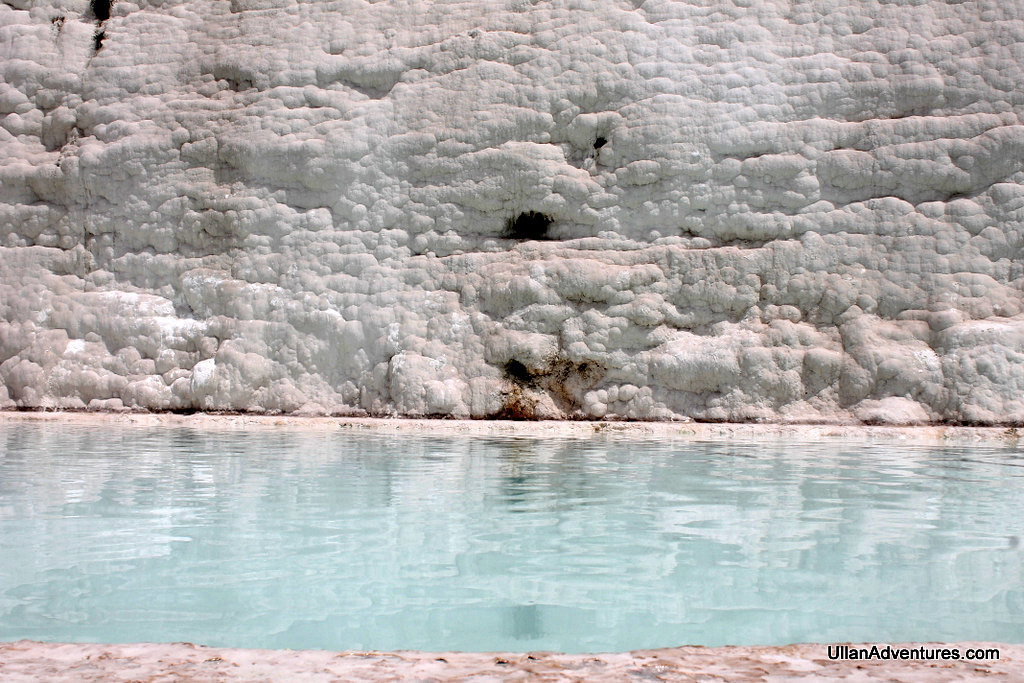 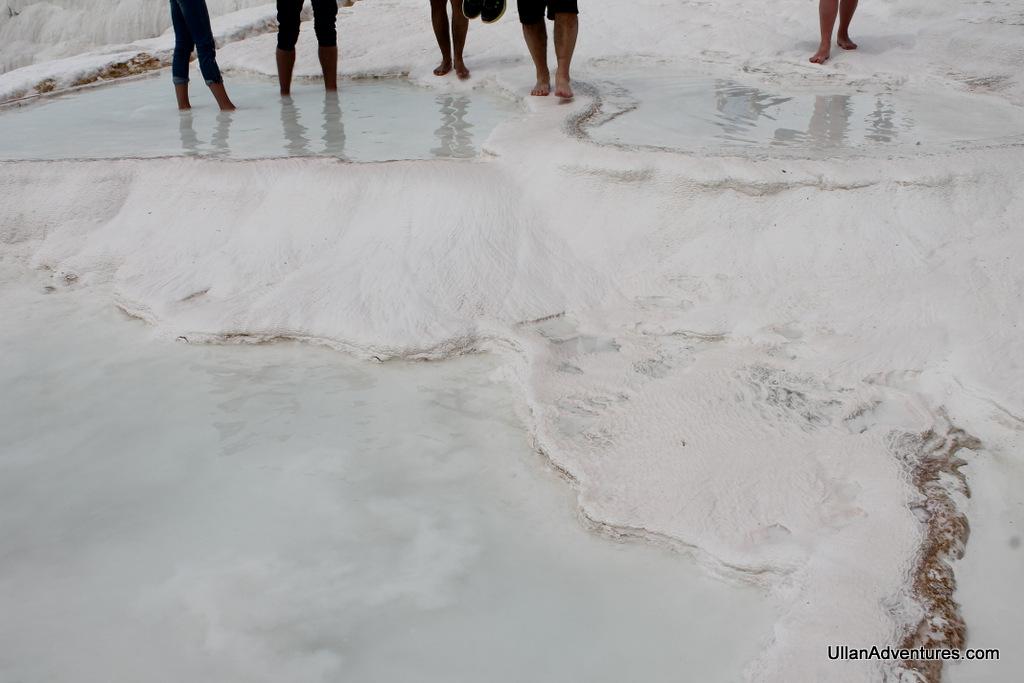 To protect the travertine, you’re only allowed to walk in them in bare feet (or socks).  Shoes would’ve been nice as some surfaces are quite bumpy and hurt. 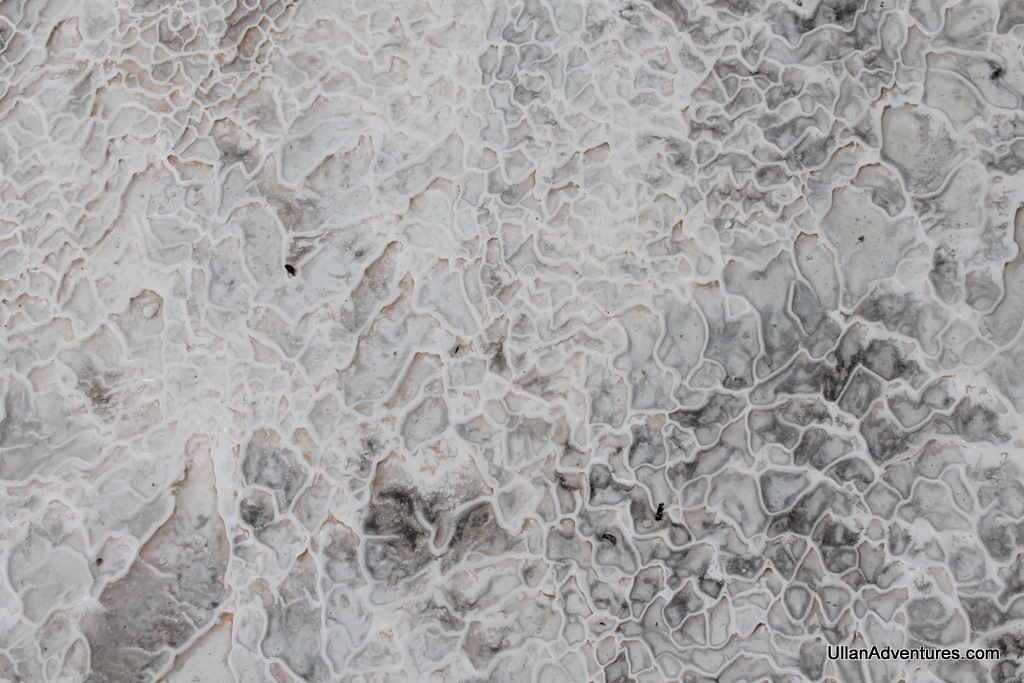 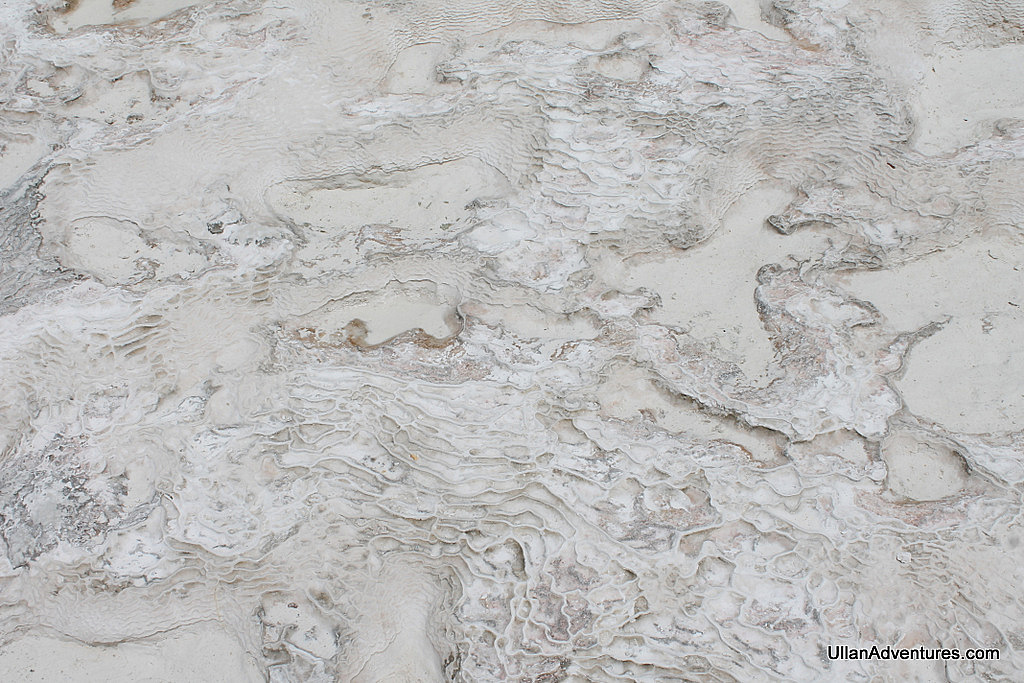 In addition to the travertine terraces, the site contains the ruins of the ancient city of Hierapolis.  Hierapolis was built in the 2nd century B.C. but has largely been destroyed.  The theater is still intact though and was pretty darn cool.  Unfortunately that’s the only part of the ruins we had time to explore although I doubt we would’ve wandered around them too much as the kids are pretty over ruins at this point. 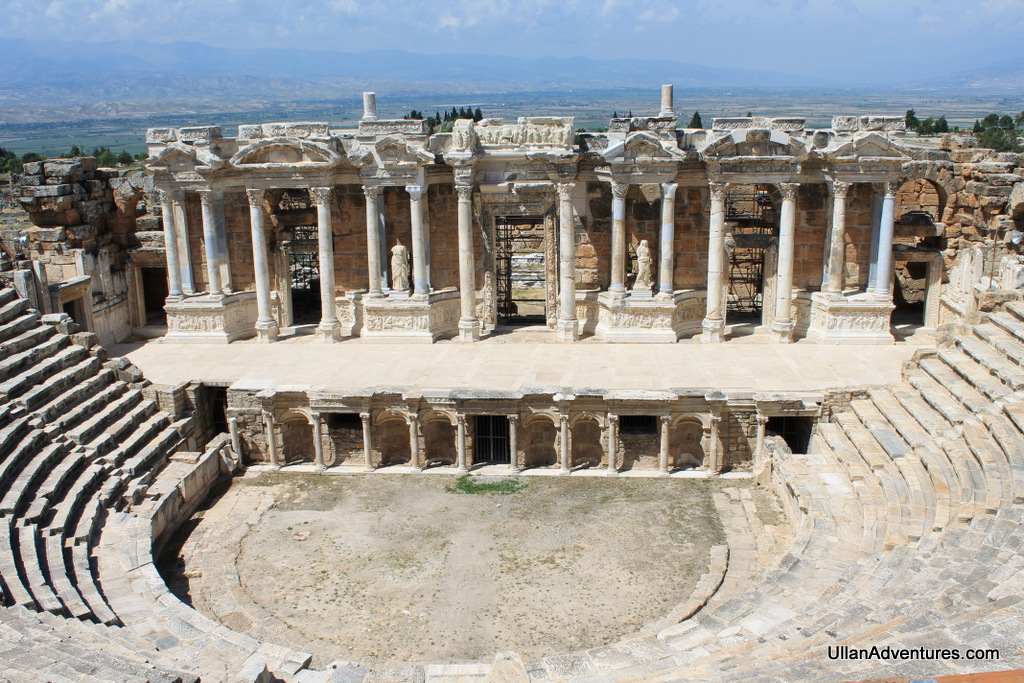 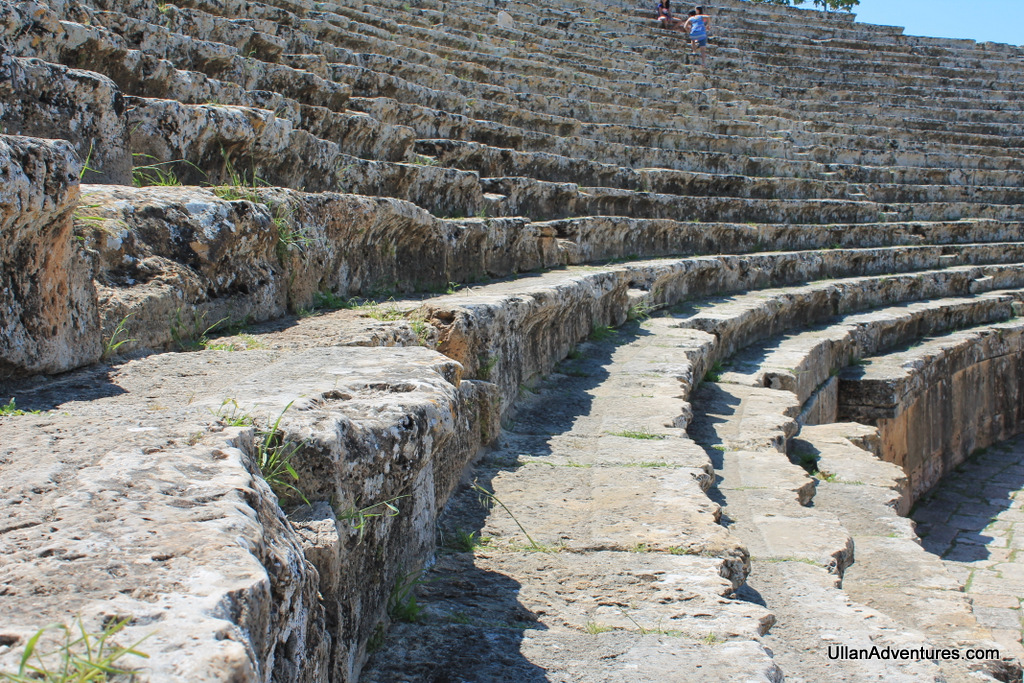 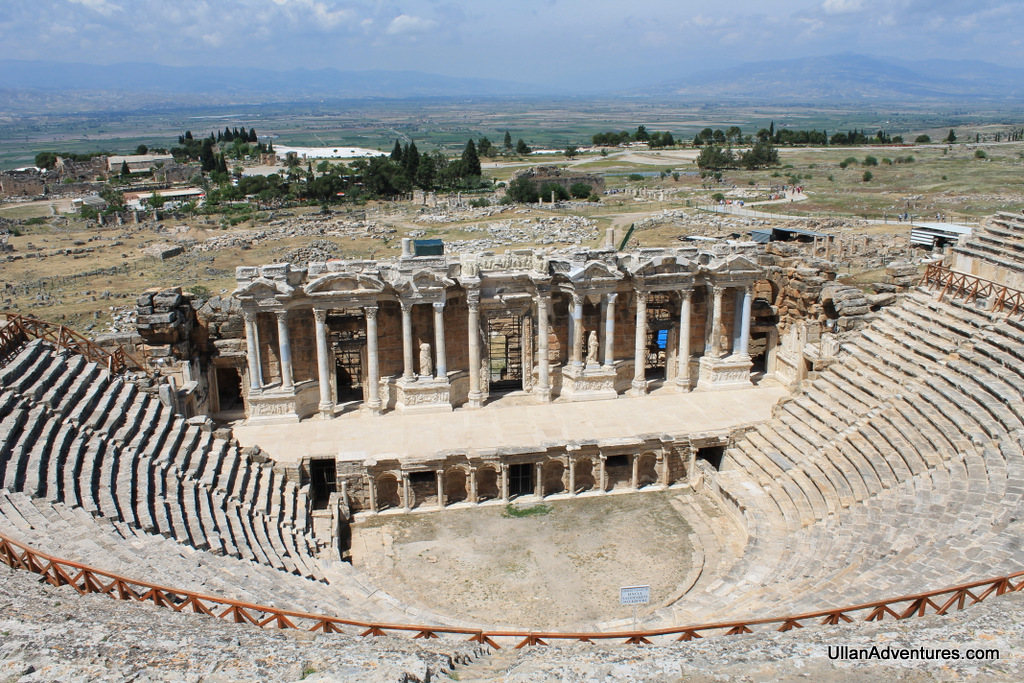 Also on site, there are natural hot spring pools you can bathe in.  The one main pool has ancient ruins in it which you can sit on or swim around.  We skipped the pools, much to Beckett’s dismay, partly due to time constraints but also because it would’ve cost us an extra $45 which seemed absurd.  It looked cool though. 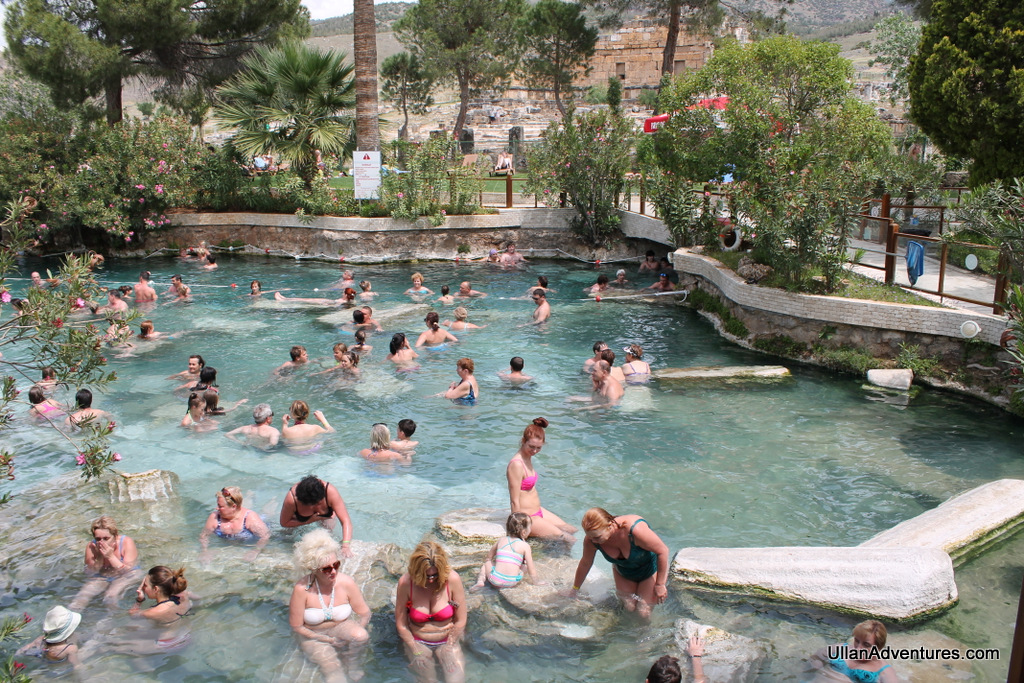 Logistics: We booked our tour at one of the many tour booths located in Ölüdeniz.  Our trip was through Seaside Travel and I wouldn’t recommend them.  The tour wasn’t awful but you can probably do better.  We were crammed into a 12 passenger van in tiny seats for the 6+ hours.  Plus we only had about 2 hours at the site before we were taken offsite for lunch and then taken to a onyx factory for a “tour” (i.e. try to get you to buy things) which no one cared about.

Our tour guide didn’t do a good job of explaining our itinerary and rushed through the site so fast that if you stopped to take a picture, you would have to jog to catch up.  Also, the price didn’t include the hot spring pools even though it was implied that everything was included.  A tour is still maybe the way to go but pick a different company.  Another tip: We didn’t get lunch till around 2:30pm (even though we left at 6:30am) so pack snacks if you tend to get hungry or have kids in tow.