2 Busy, but Fun Days in Copenhagen 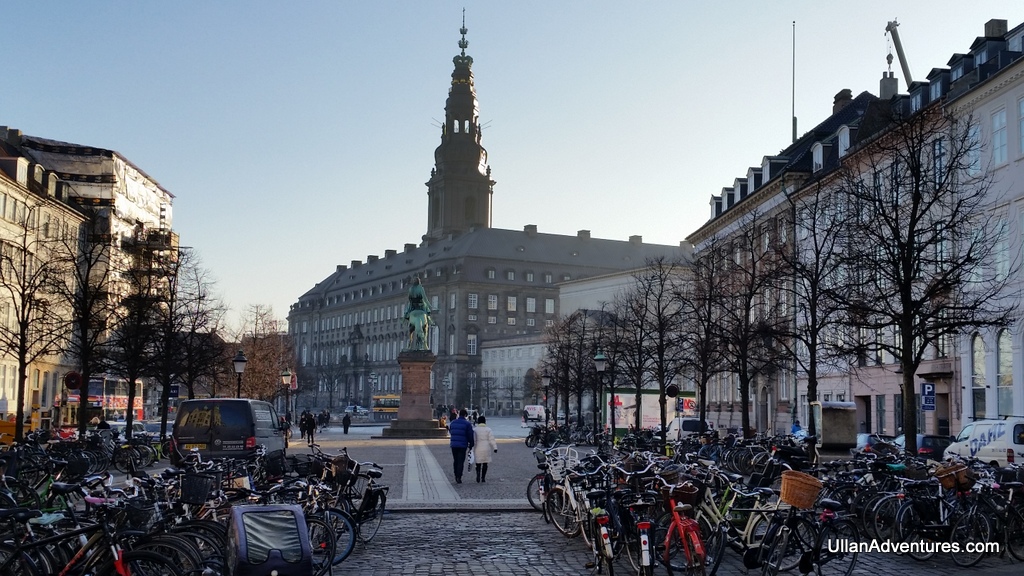 Lots of bikes near the Christiansborg Palace

I arrived in Copenhagen around 11am on a WOW flight that had a brief stop over in Reykjavik.  I then took the metro from the airport to the Kongens Nytorv metro stop in the city center before walking the 4 blocks to my hotel, the Best Western Hotel City.  Luckily they had a room available even though it was only noon.  After dropping off my stuff in the room, I walked about 3 blocks to the famous Nyhavn waterfront district to find some breakfast/lunch as I was starving.  The Nyhavn area was so picturesque and lined with restaurant after restaurant.  Despite it being about 32F out, the restaurants all had outdoor seating with heat lamps and blankets.  I choose to eat inside though as it was still a bit too cold for me. 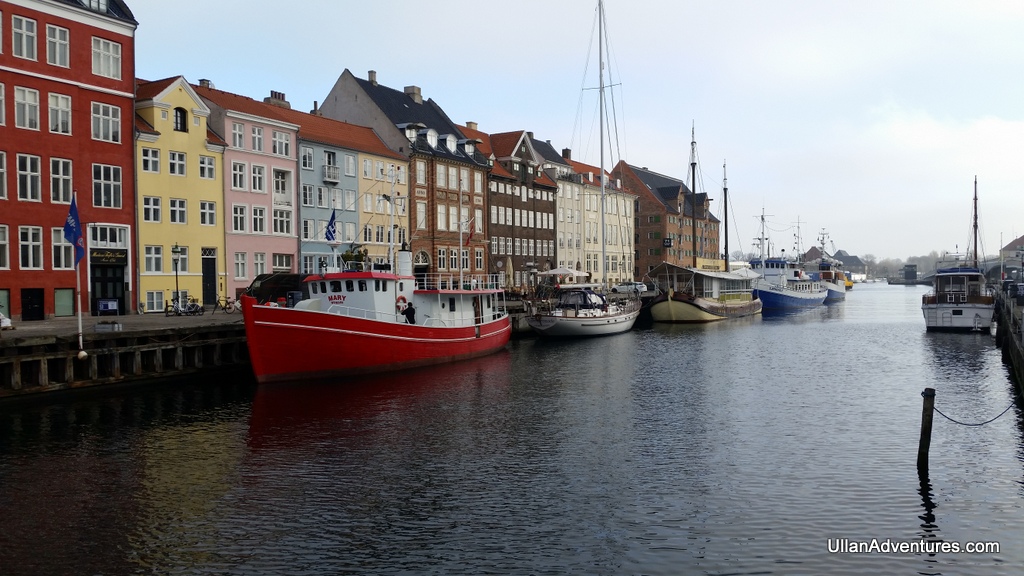 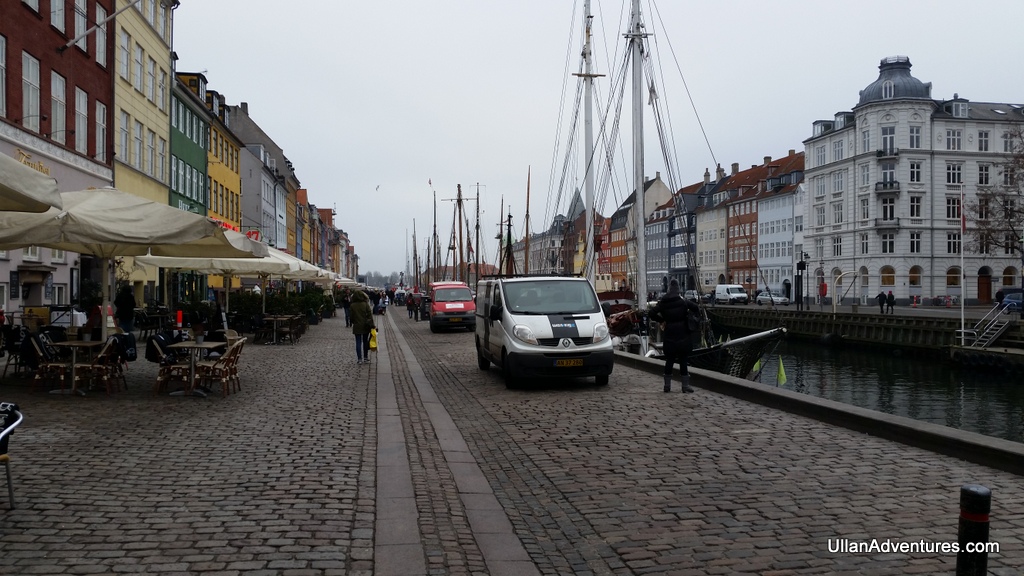 I settled on a place still serving breakfast as my stomach thought it was 6am.  I had the most unusual, but delicious scrambled eggs with bacon, greek yogurt with triple berries, and coffee. 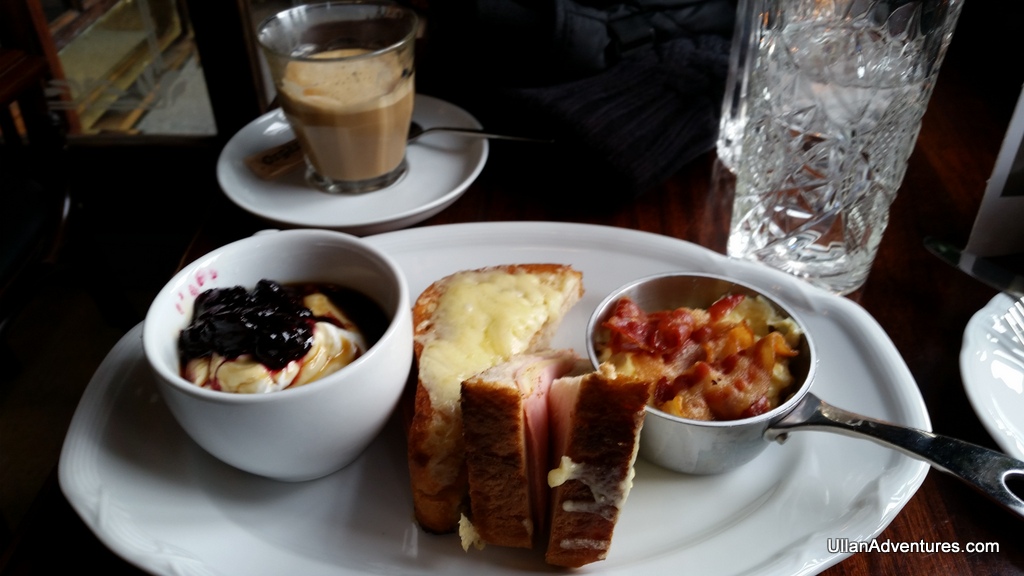 After my belly was sufficiently full, I decided to walk to the Little Mermaid statue.  It’s about a 15-20 minute walk from Nyhavn, and the route I took went past Amalienborg Palace which is the home of the Royal Danish family.  Every entrance is guarded by the coolest looking soldiers on patrol. 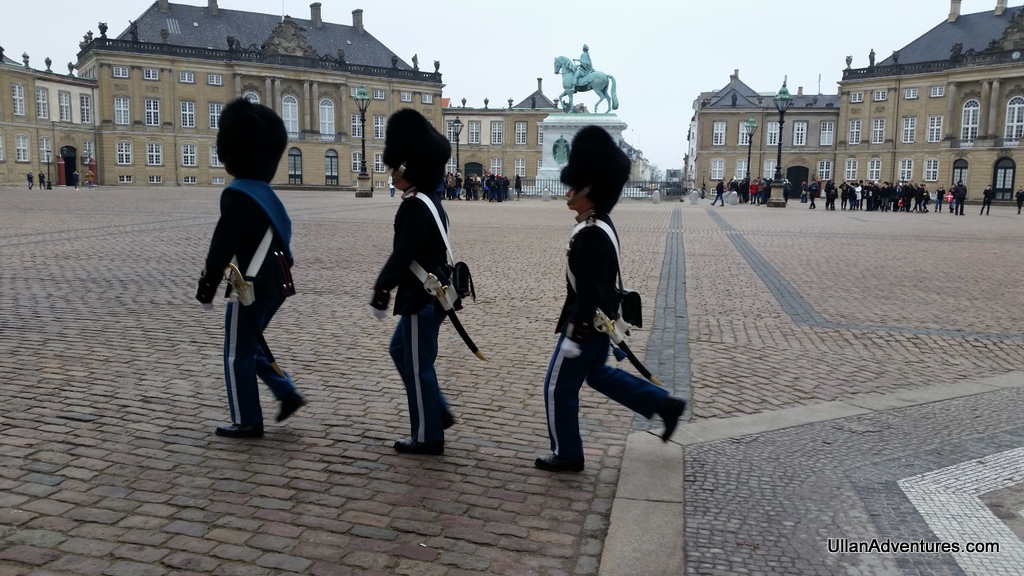 The Little Mermaid is in fact pretty small and situated on the Eastern side of the Kastellet fortress. 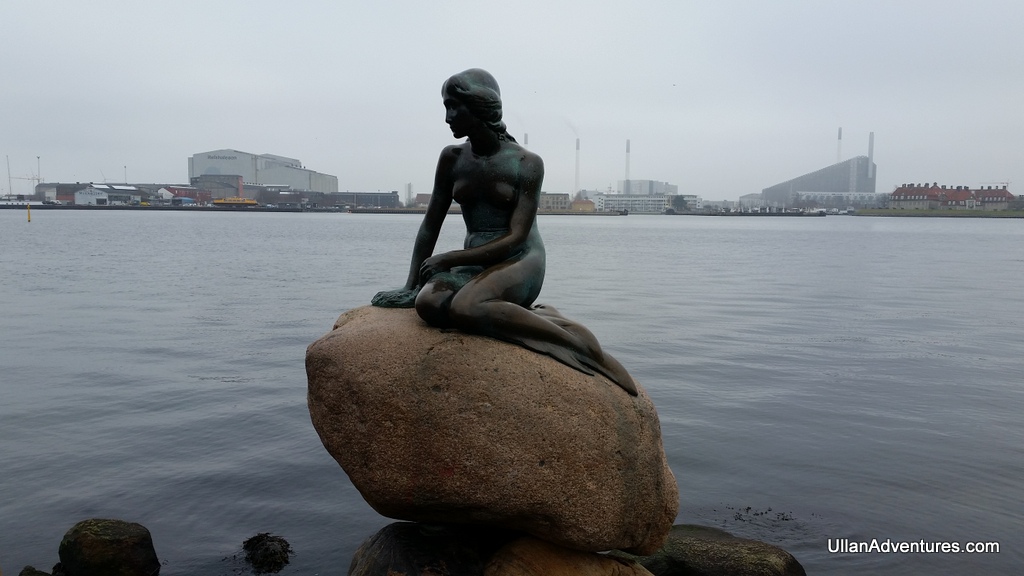 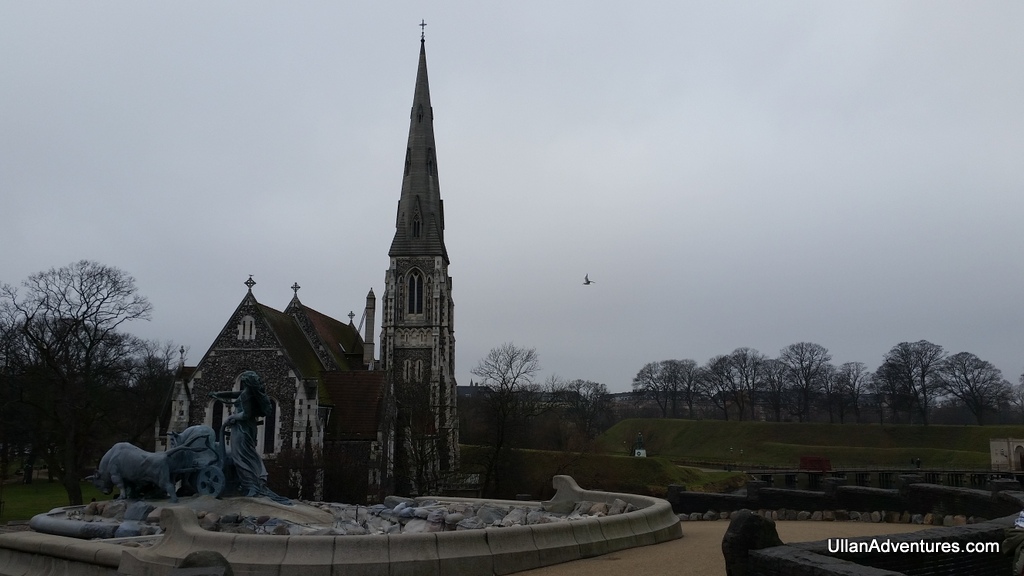 I then had just enough time to pick up my camera at the room before heading on the Christianshavn free walking tour that started at 3pm.  Our guide, Daniel, was awesome and did a lot to bring the city and sights to life.  We met near Christiansborg Palace and he explained about it and the Børsen building before we wandered over the bridge to Christianshavn.  The tour lasted for 90 minutes and took us to a couple of churches where he explained the history, to an old wooden building – one of the remaining ones that didn’t burn down in the Copenhagen fires – and then we finished at Freetown Christiania.

Our group of 34 – Photo courtesy of Copenhagen Free Walking Tours 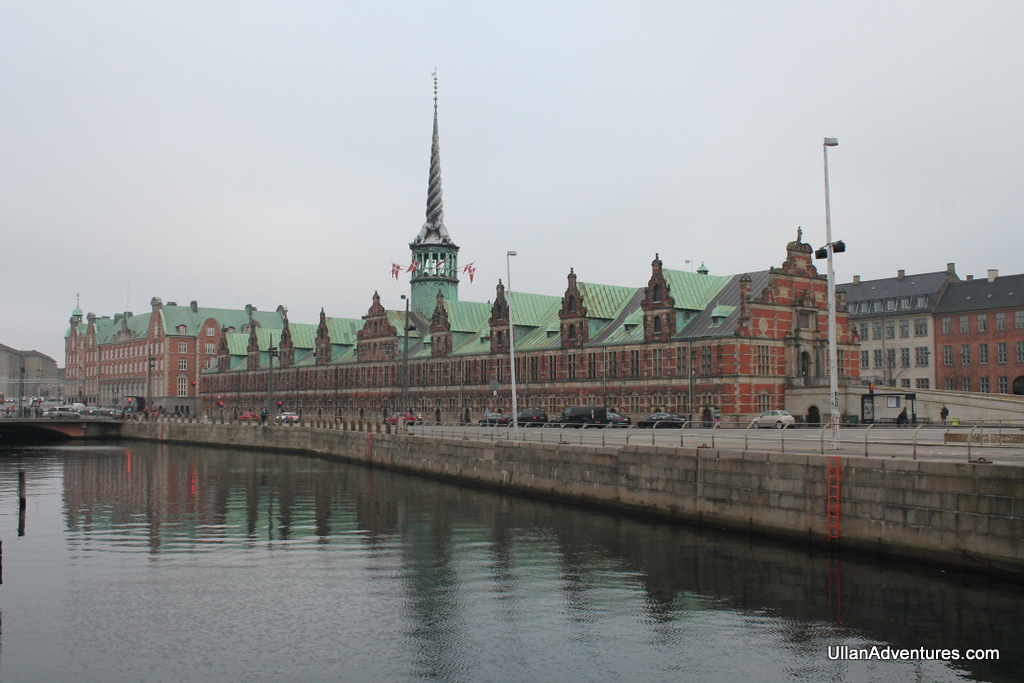 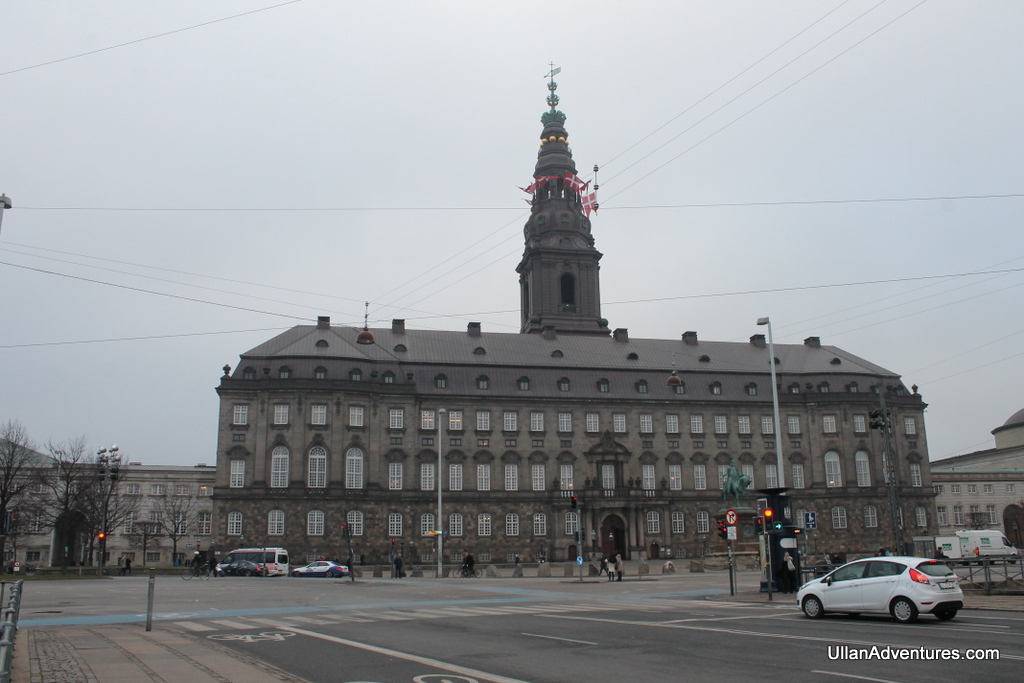 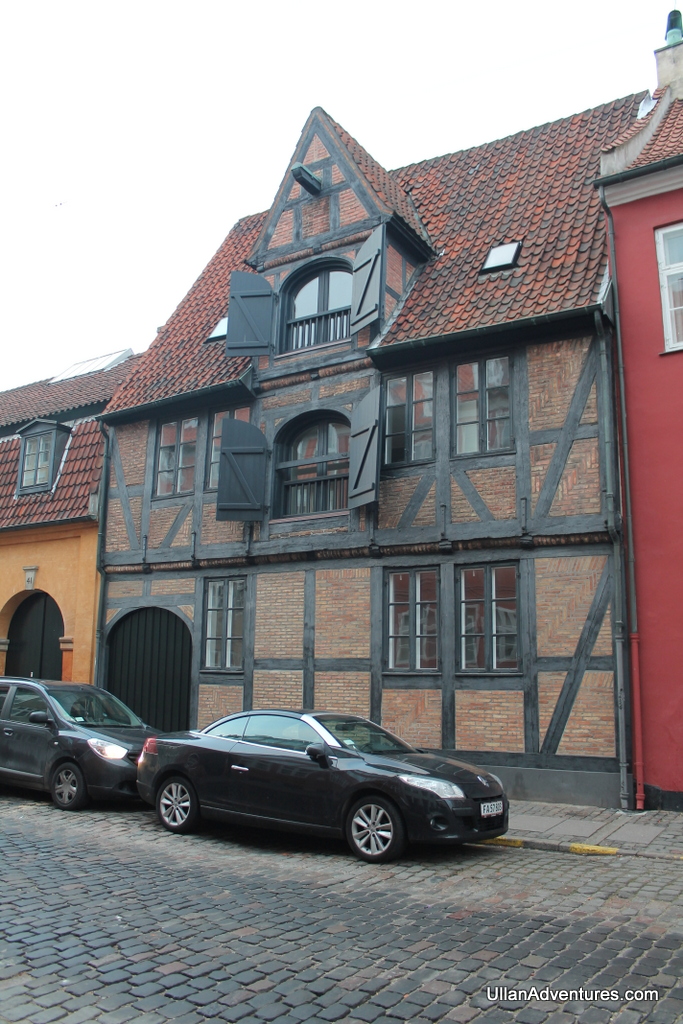 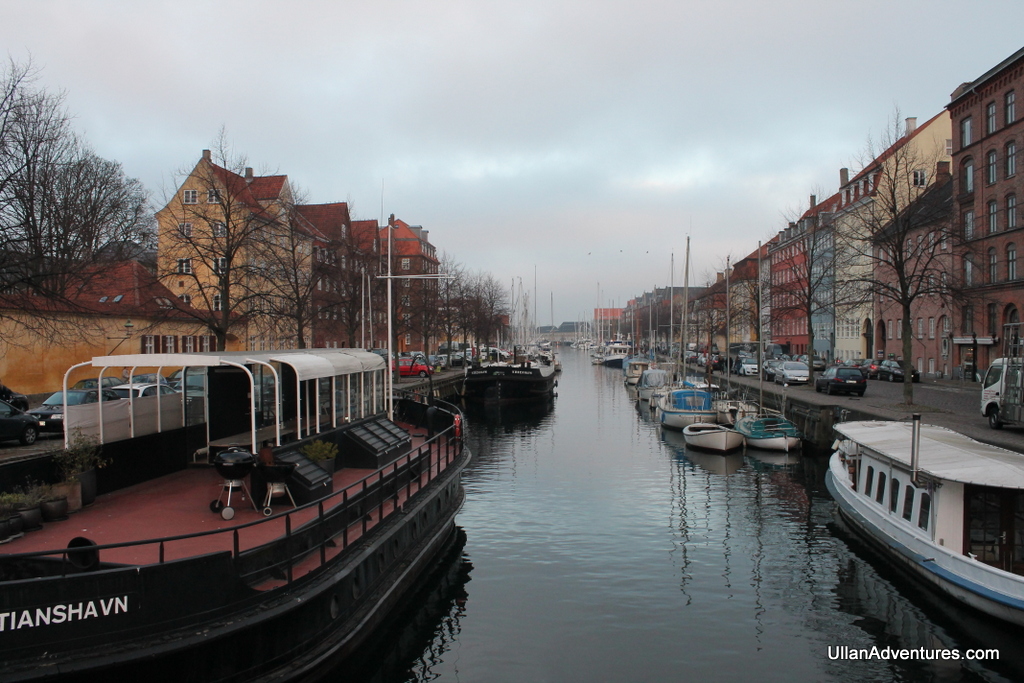 After the tour was officially over, we walked into Freetown Christiania.  This area is an autonomous artist/hippie neighborhood in Christianshavn.  The area is home to 850 permanent residents and has it’s own rules.  It also has a ‘green street’, Pusher Street, where one can buy weed.  That practice is illegal in Denmark, but it’s partly tolerated in Christiania.  Taking pictures of it is strictly forbidden though.

I walked through Christiania with the others, but didn’t go onto Pusher street.  It was interesting to get into this community within a city, even if it was brief. 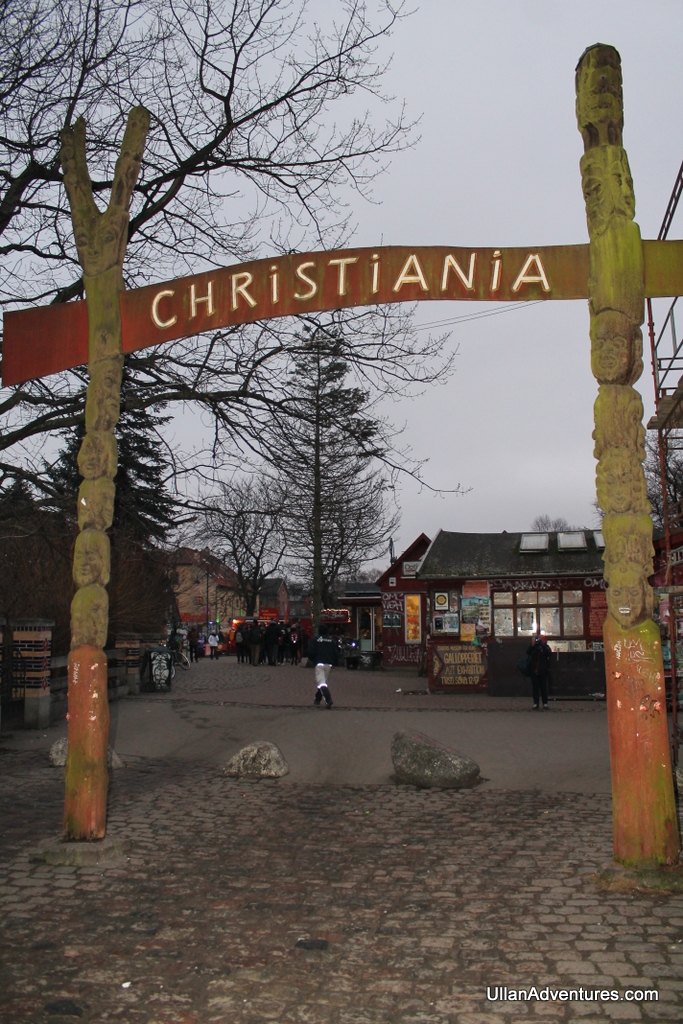 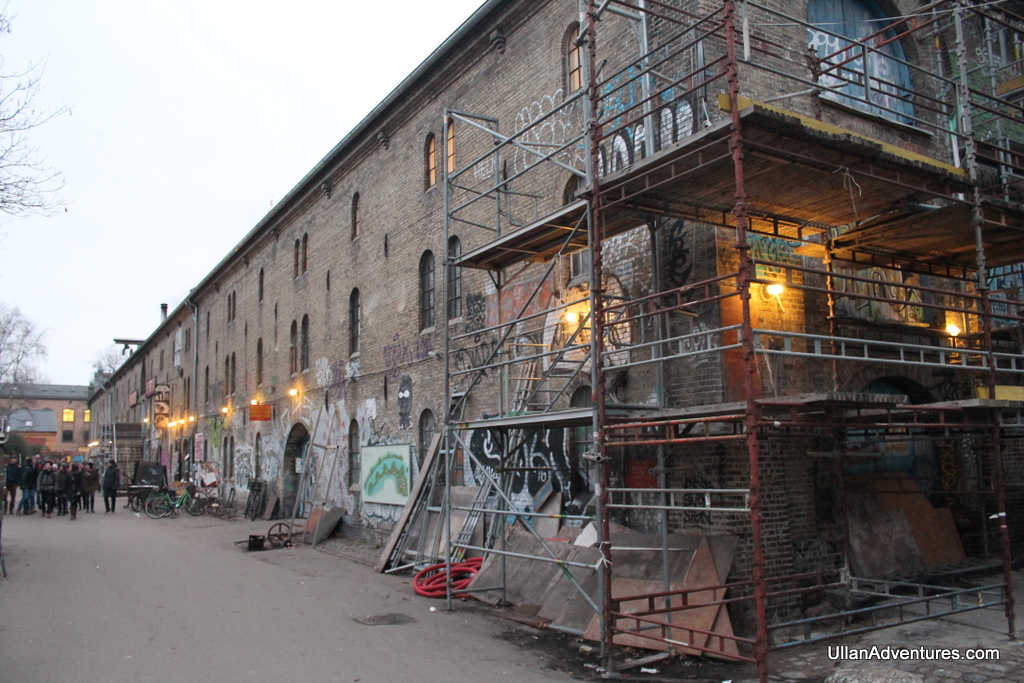 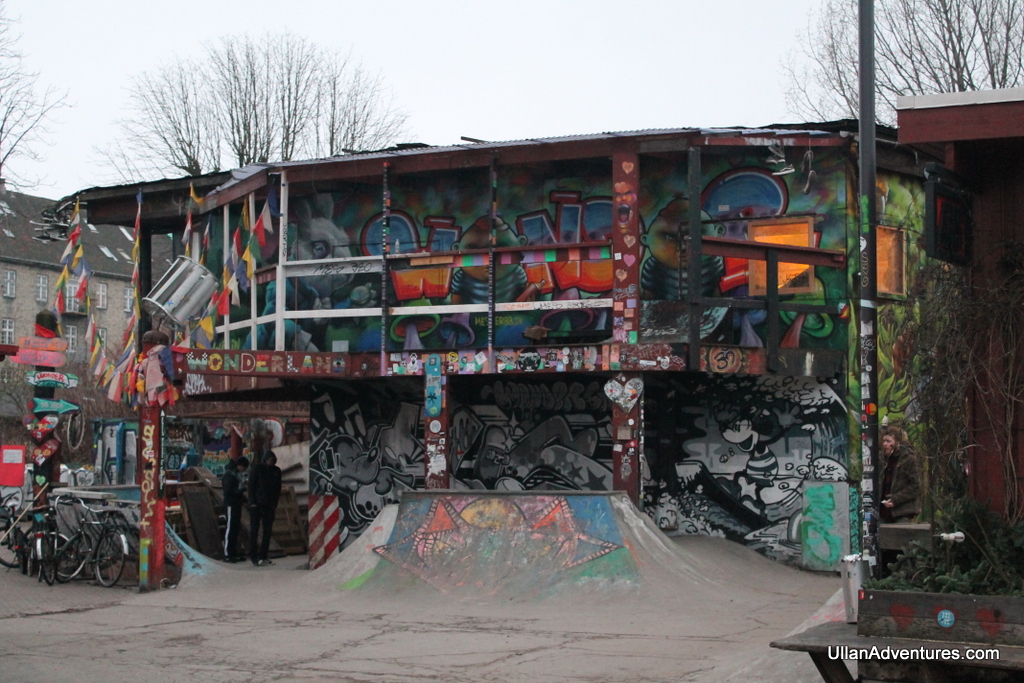 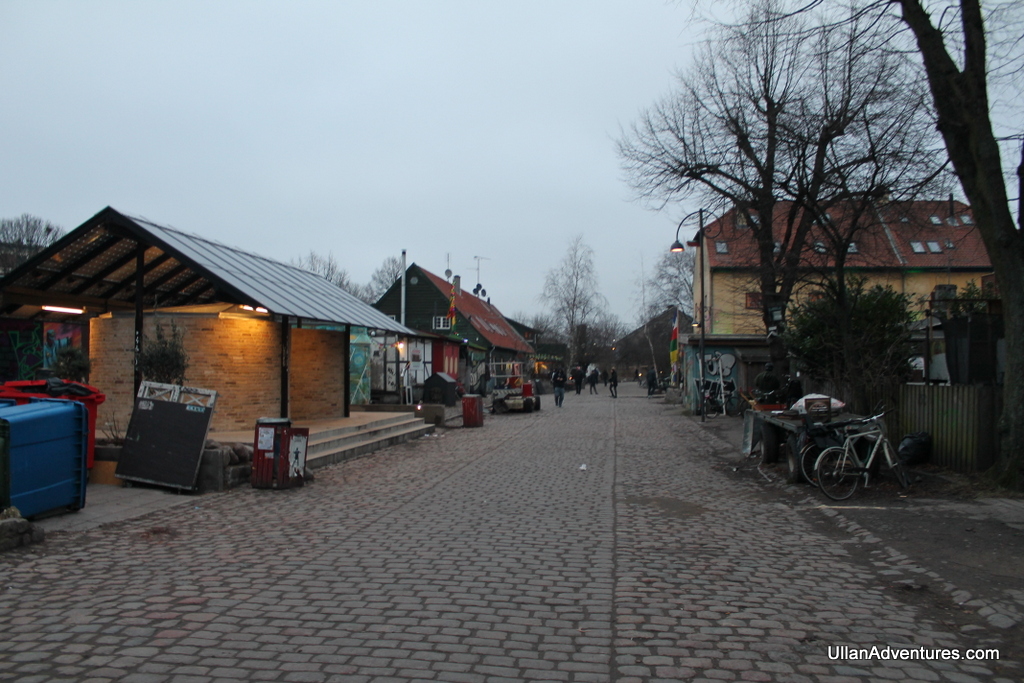 After the tour, I wandered back to Nyhavn for a meal of fish & chips and a Danish beer.  Then it was finally time for sleep!  Unfortunately I slept great till about 1am, and then was awake for 3 hours in the middle of the night.  Ahhh, time change woes! 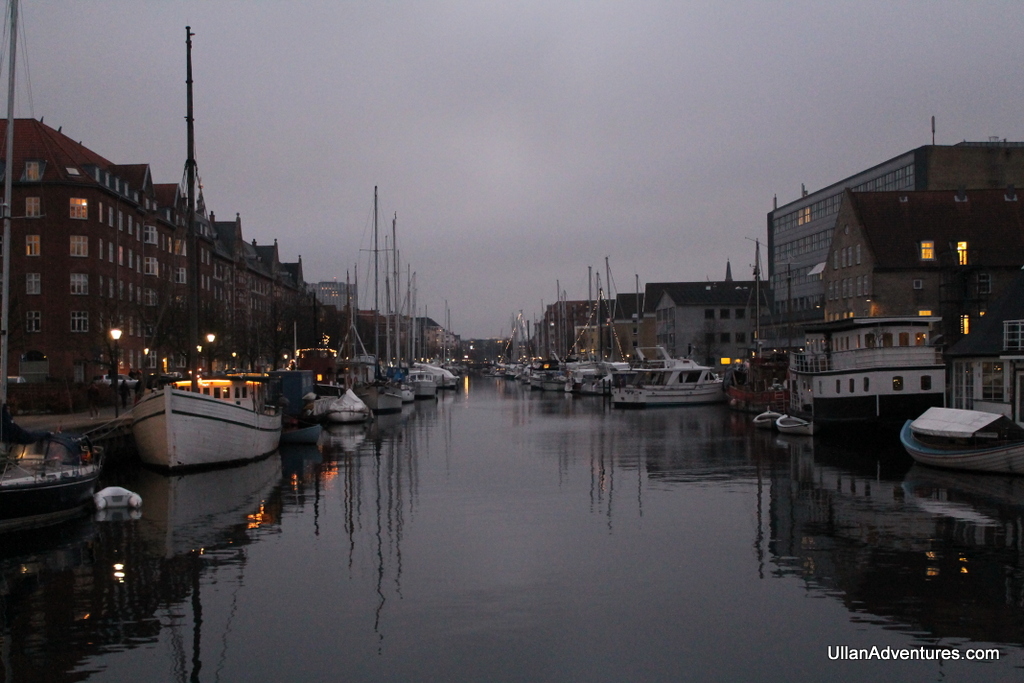 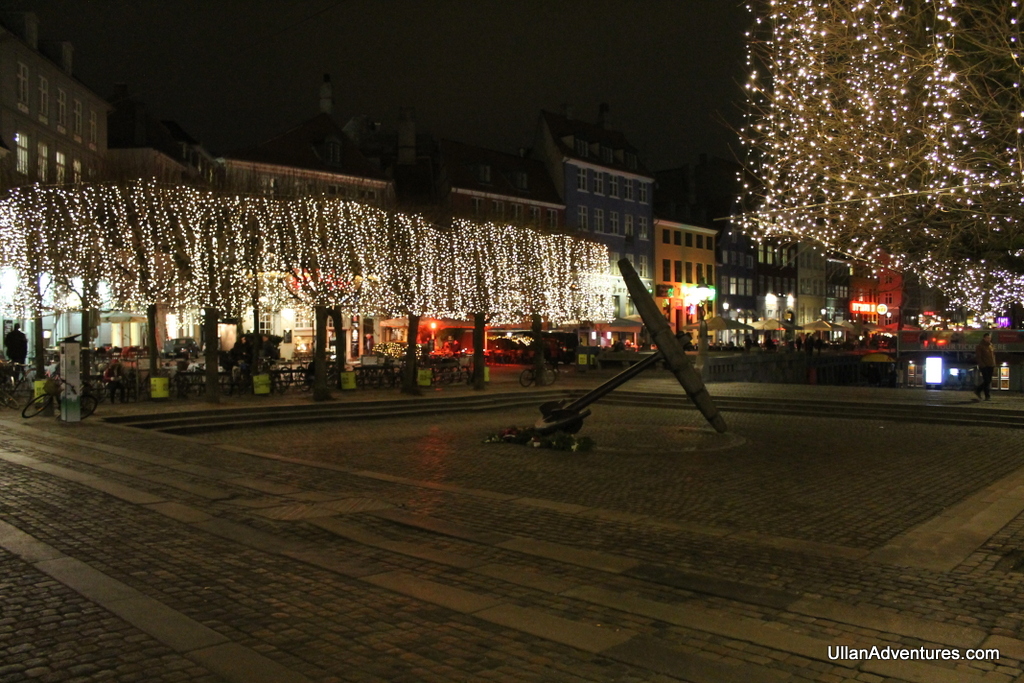 The next morning, I got an early start as I wanted to head to Sweden after breakfast at the hotel.  Yes, Sweden!  Sweden is only about a 15 minute train ride from the Copenhagen airport so I thought it’d make a fun day trip.  After taking the metro back to the airport, I boarded a train to Lund, Sweden.  The entire trip took 50 minutes, but that was partly because of a long stop to spot check passports when we got to Sweden, and a long stop in Malmö.  Lund is a college town (city) founded in 990.  Once I arrived, I went to a creperie and had a fantastic egg, ham, and cheese crepe.  Unfortunately I wasn’t feeling well so I only wandered around for about an hour before I took the train back to Copenhagen.  The trip back only took about 30 minutes and shortly thereafter I was back in the city. 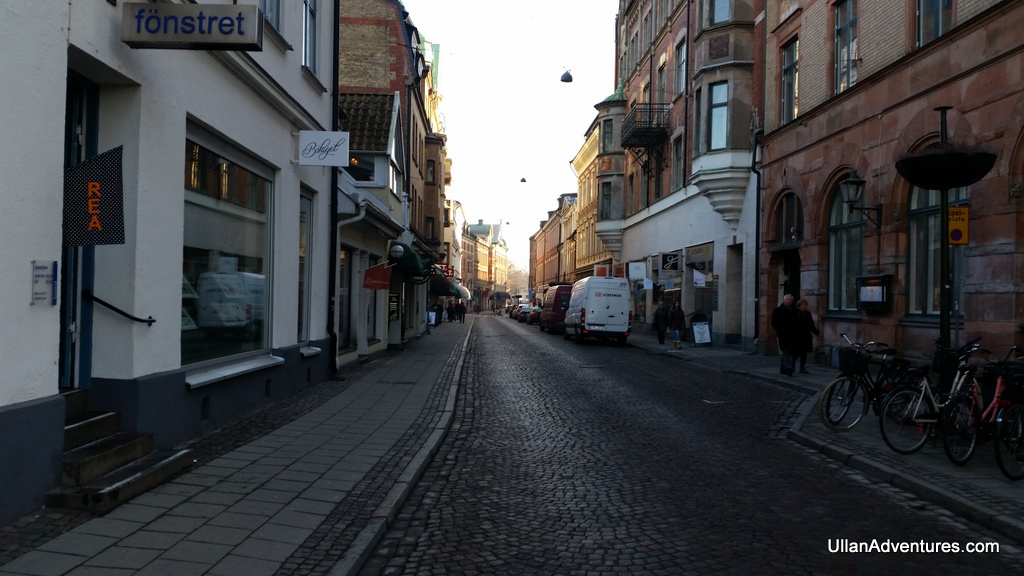 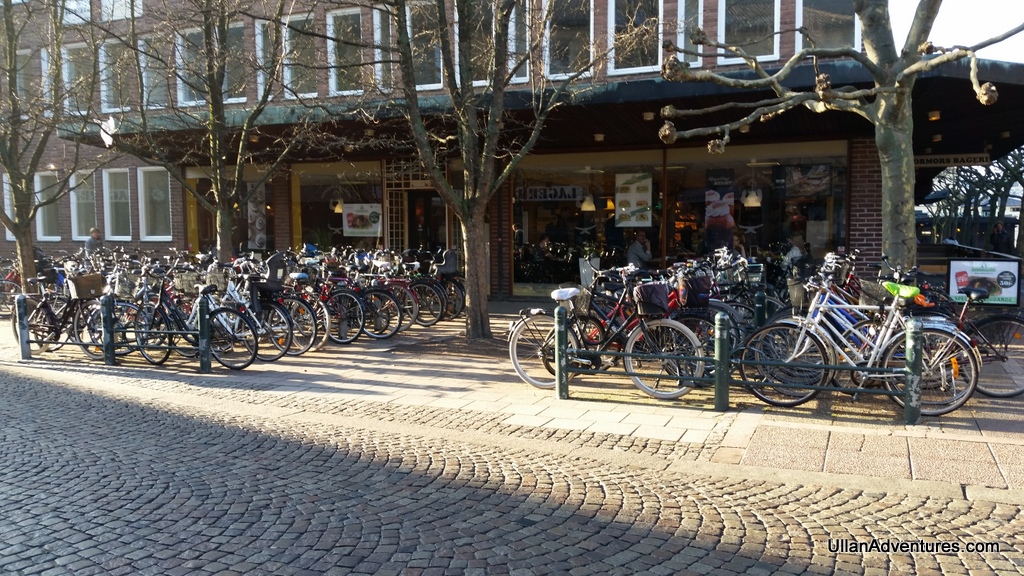 Once back, I wandered down Strøget street which is a car-free shopping street in the heart of town.  There were your usual upscale stores, but also some European brands, souvenir shops, and of course, a Lego store.  I just had to go in the Lego store!  Unfortunately they didn’t seem to have any Danish specific Lego sets or I would’ve picked them up for the kids. 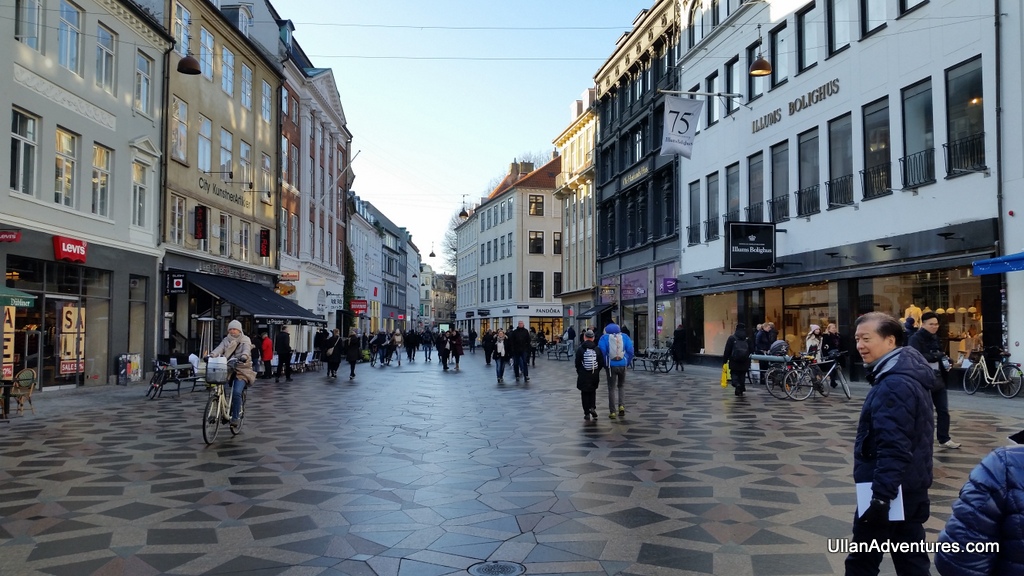 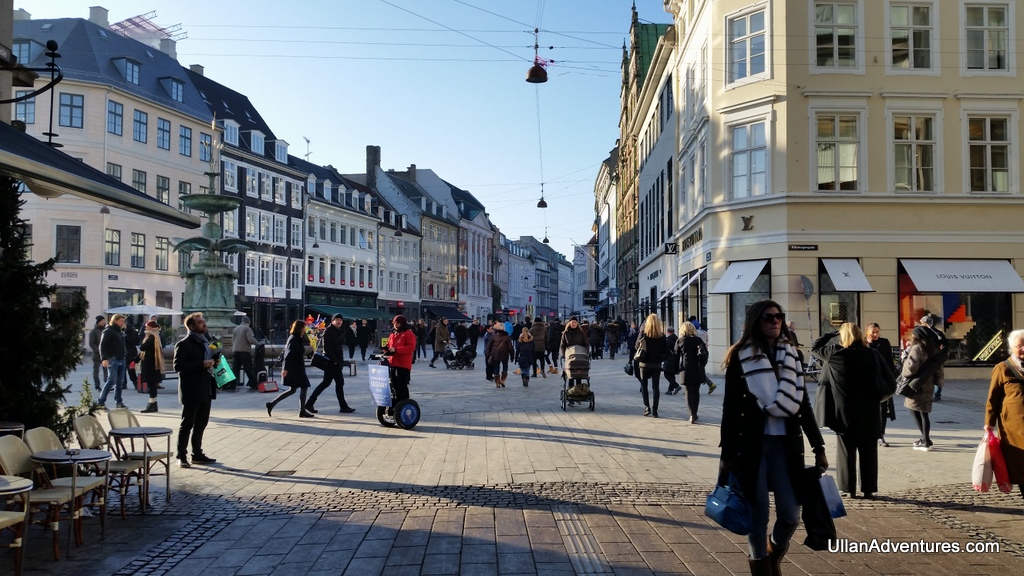 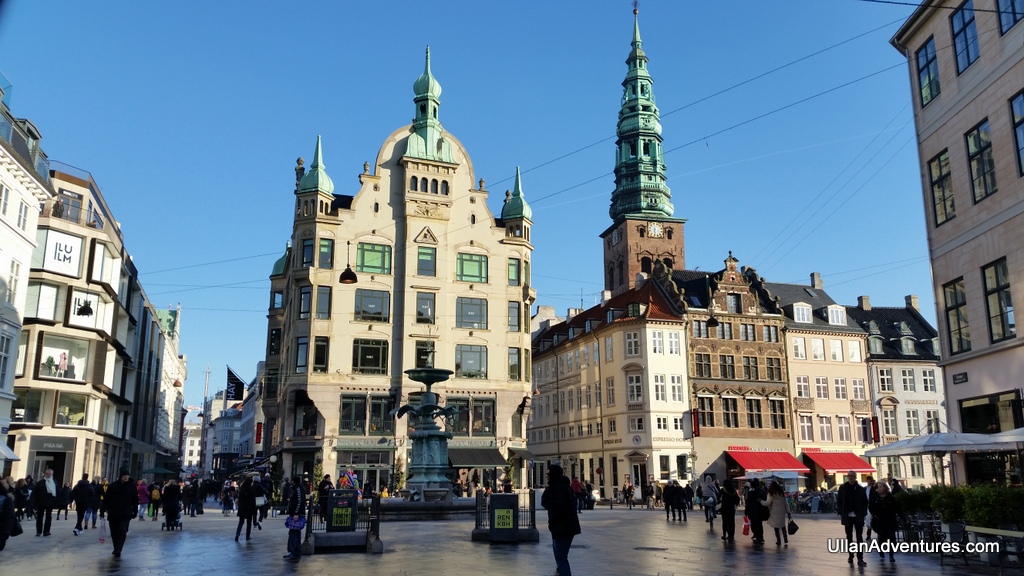 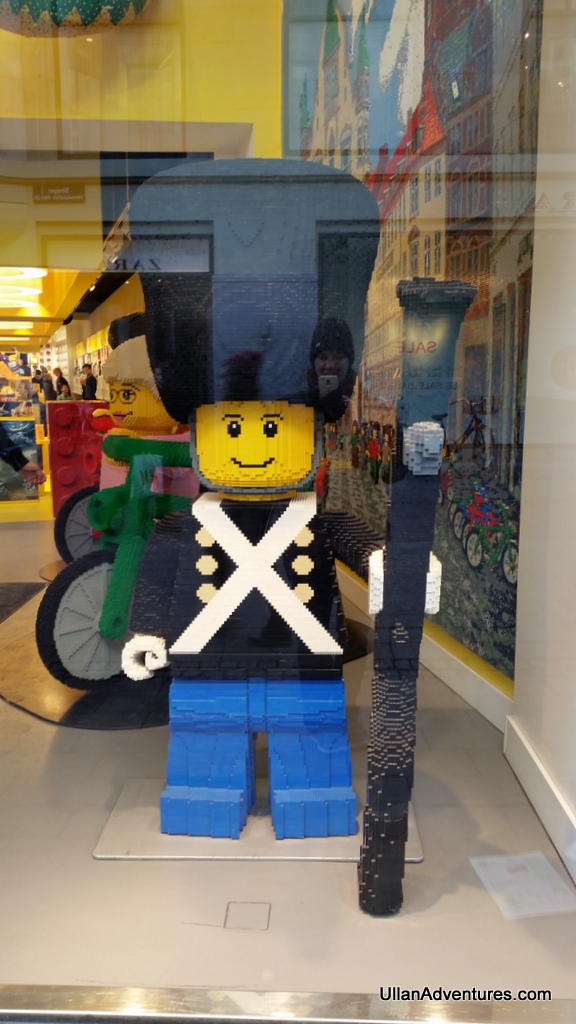 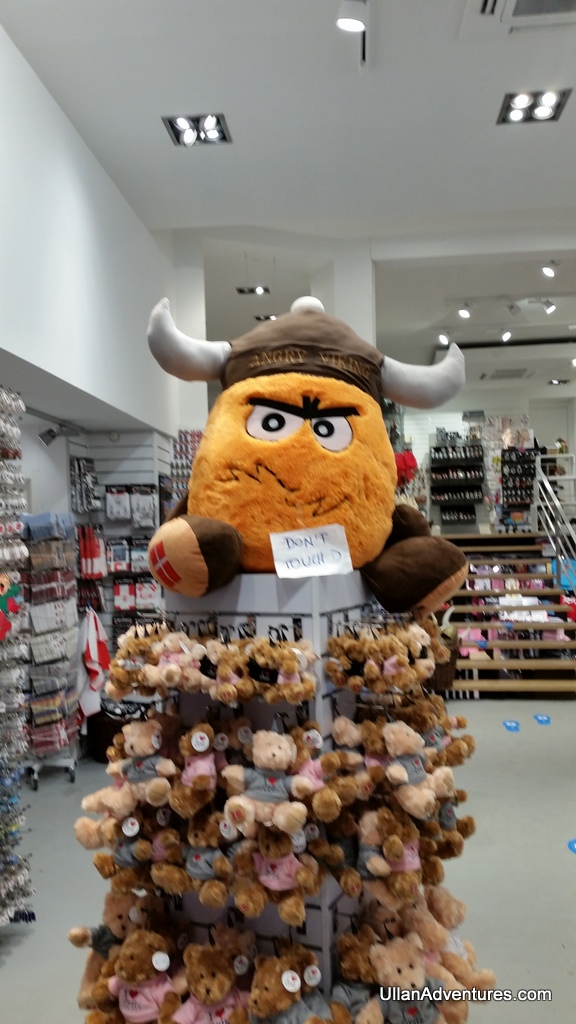 I walked the entire street, which is one of the longest pedestrian shopping streets in Europe, down to Tivoli Gardens.  Unfortunately, Tivoli is closed for the winter so I could only see it from the outside.

After strolling the Strøget street back, I went to the Tower at Christiansborg Palace to get a birds eye view of Copenhagen.  It’s free, and I only had a 15 minute wait before they let us in.  The views were fantastic and you can even see across the water to Sweden! 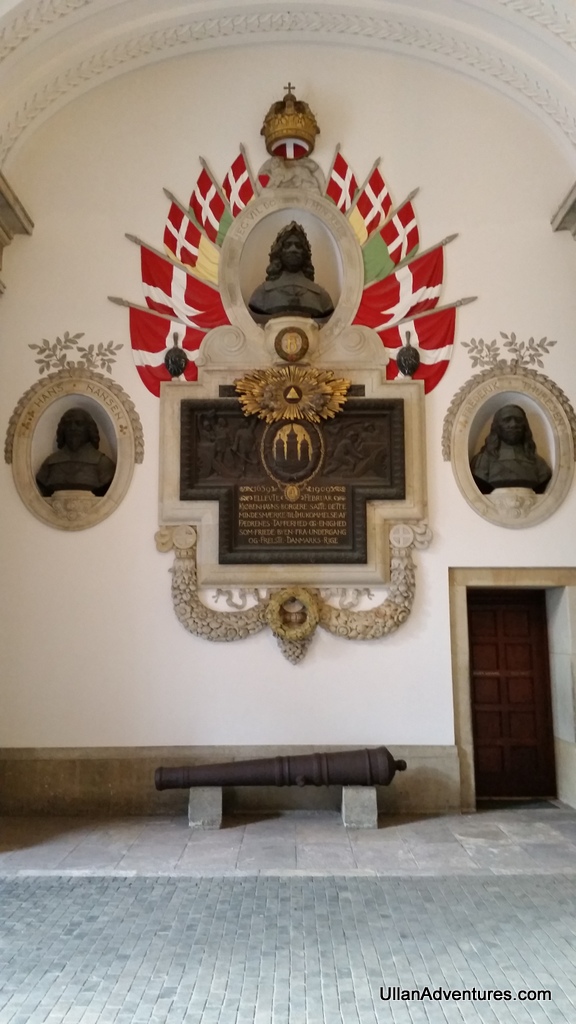 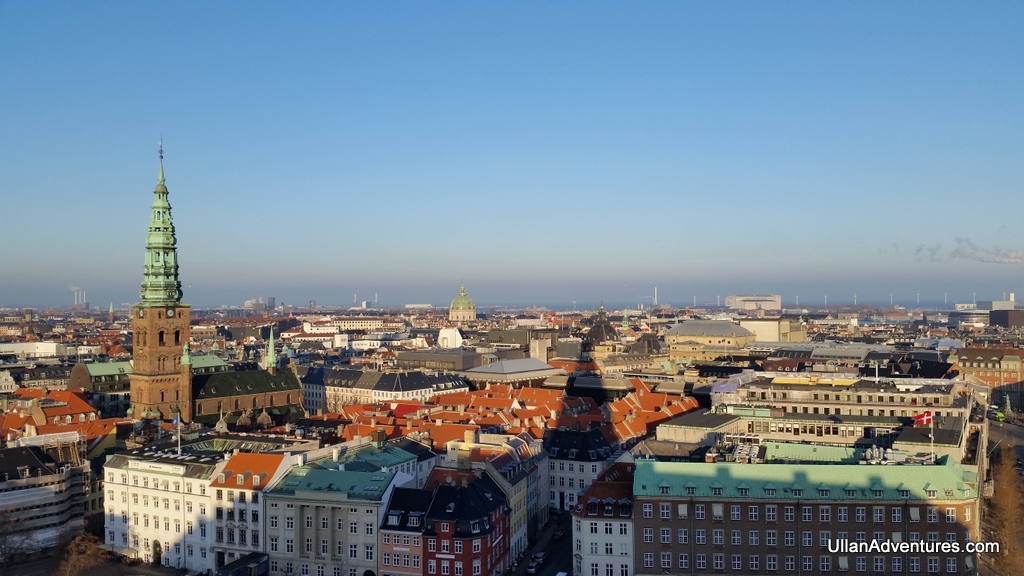 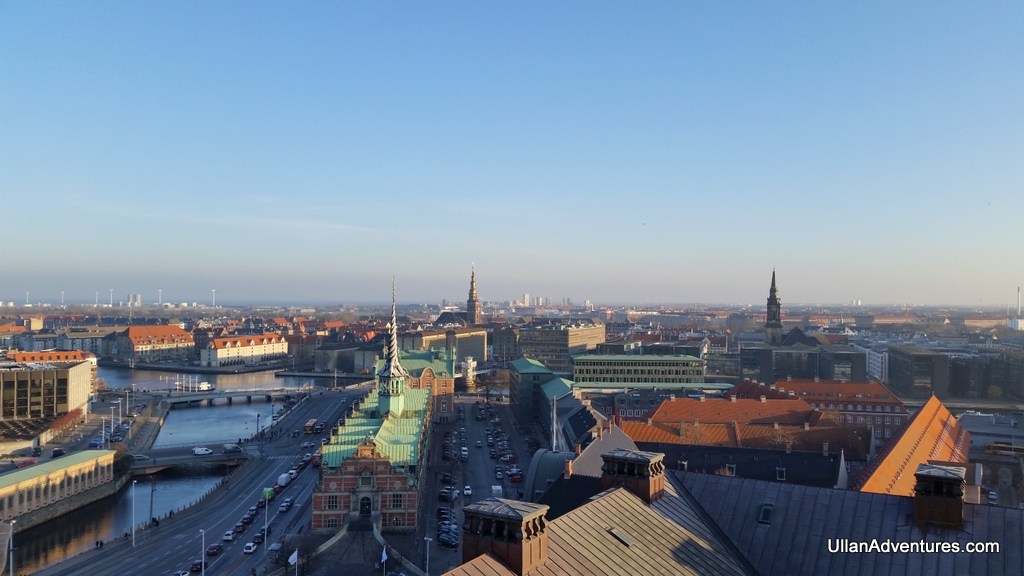 After going up the tower, it was time to relax at the hotel a bit before dinner at an Italian restaurant back in Nyhavn.  After dinner I wandered up to a coffee shop for a latte, before hitting a Meyers Bageri where I finally found a Danish danish! 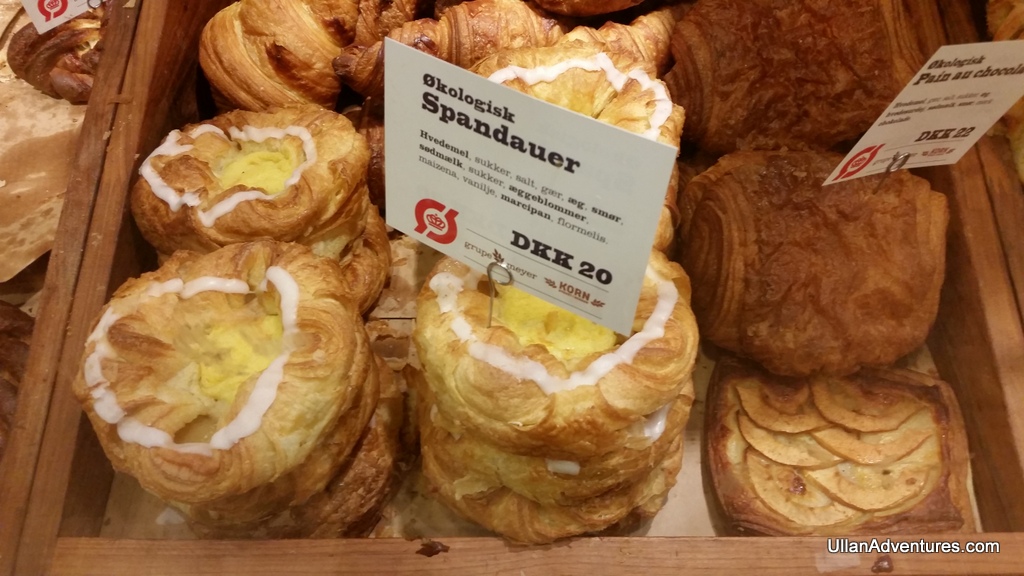 The next morning I only had time to eat breakfast before heading back to the airport for my trip to Reykjavik.

All is all, I really enjoyed my time in Copenhagen.  The city is quite laid back and easy to navigate.  I love how bike friendly it is and how people spend time outdoors even when it’s freezing out.  I also love how safe it is – people would bike up to a shop and just leave their bikes out front without any locks!  I definitely enjoyed my time there and would love to return some day!

Next post: Seeing the Magical Northern Lights in Iceland