Blue Angels and More at the Miramar Air Show 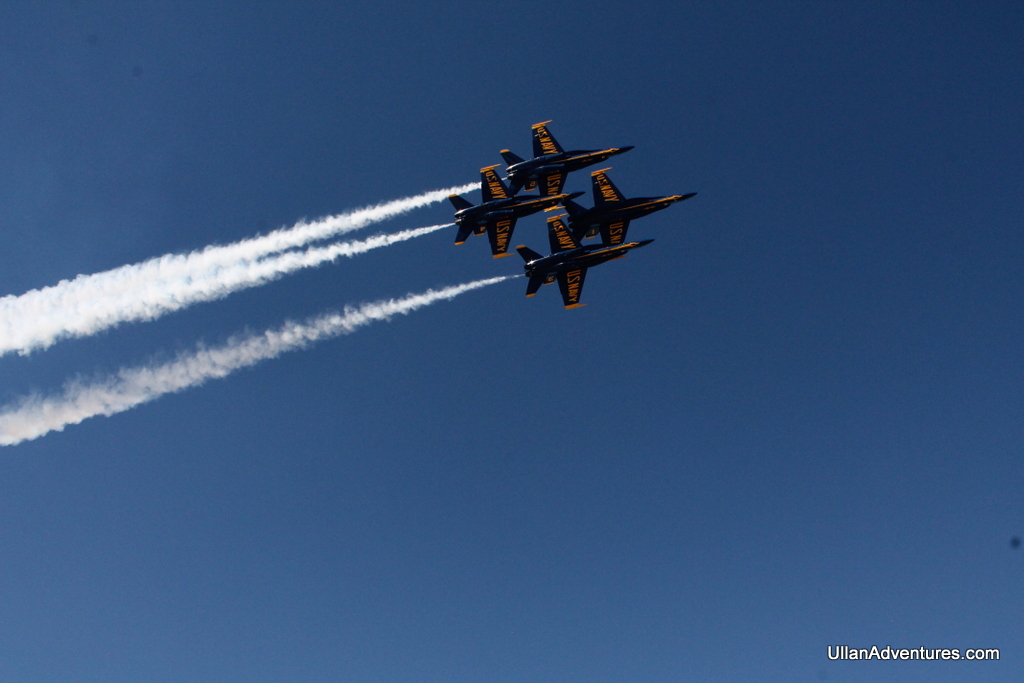 When we moved to San Diego, we rented a house for a couple of weeks in Mira Mesa.  The backyard opened onto a canyon that turned out to be one of the main flight paths of the Marine’s F/A-18 Hornets so we’d hear them and see them flying every day, and every time we’d go up to Mira Mesa after we moved.

I was thrilled to find out that they do an air show every year at the base.  Not only is this the base where they filmed “Top Gun” (how cool!) but it’s also the largest military show in the country.  The fact that it was about 20 minutes from home made it a no-brainer to go see.

The show opened with an Osprey and some helicopters. 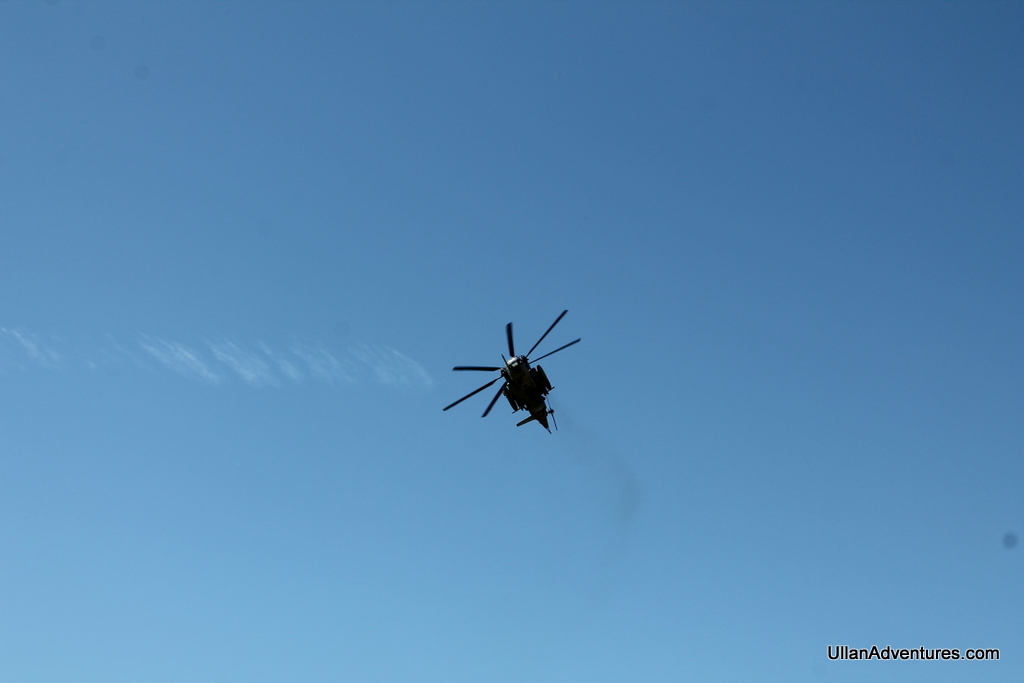 Then we saw the Marine’s hornets, US Army Golden Knights parachute team, and much more. 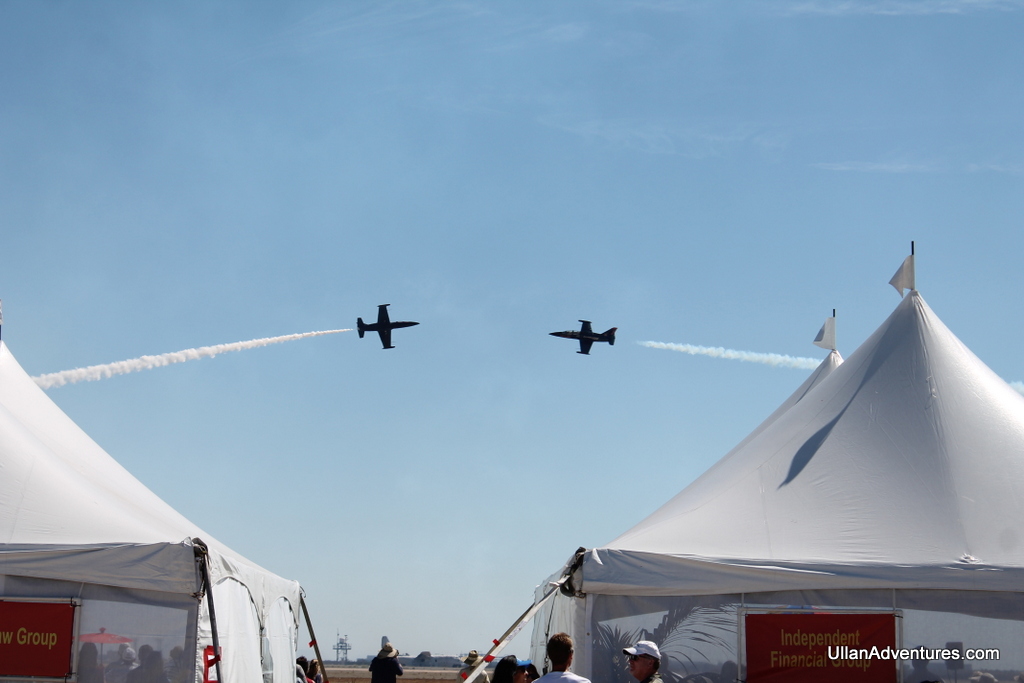 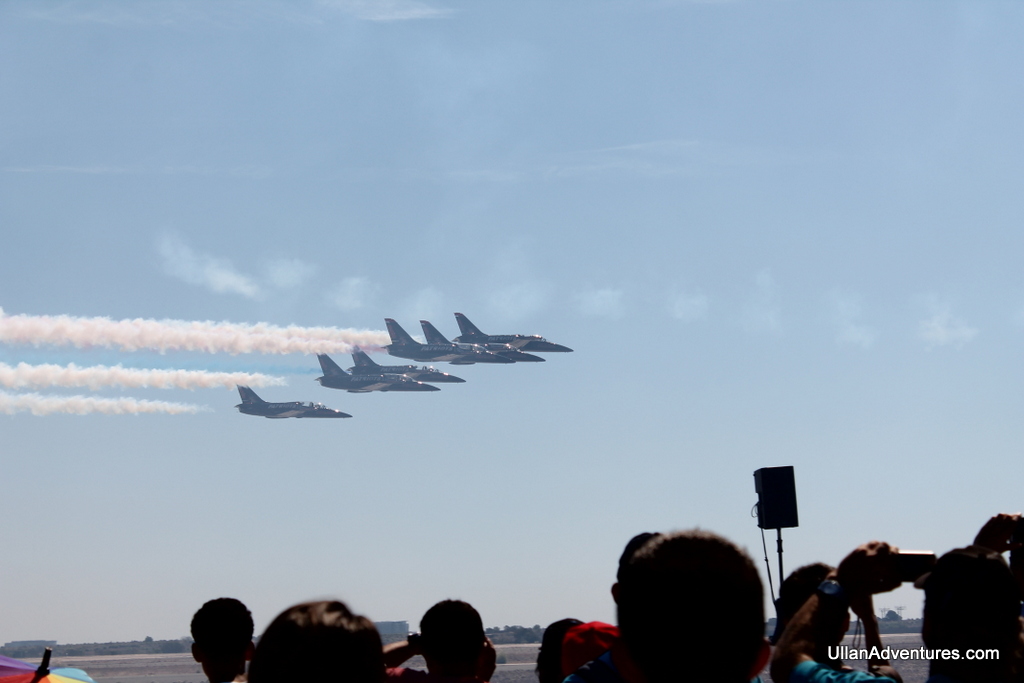 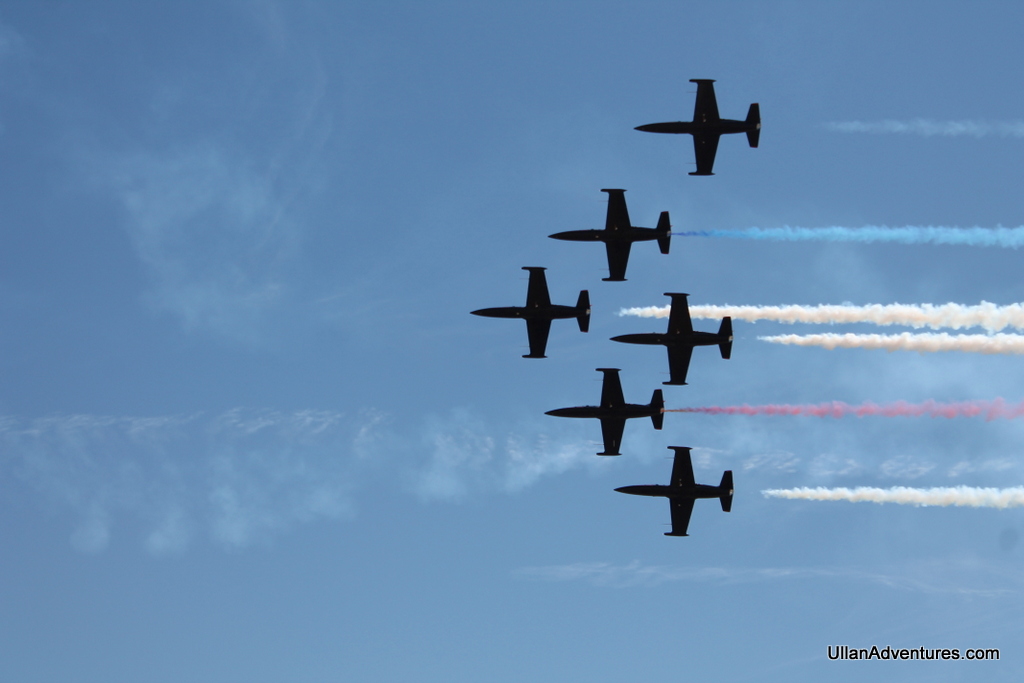 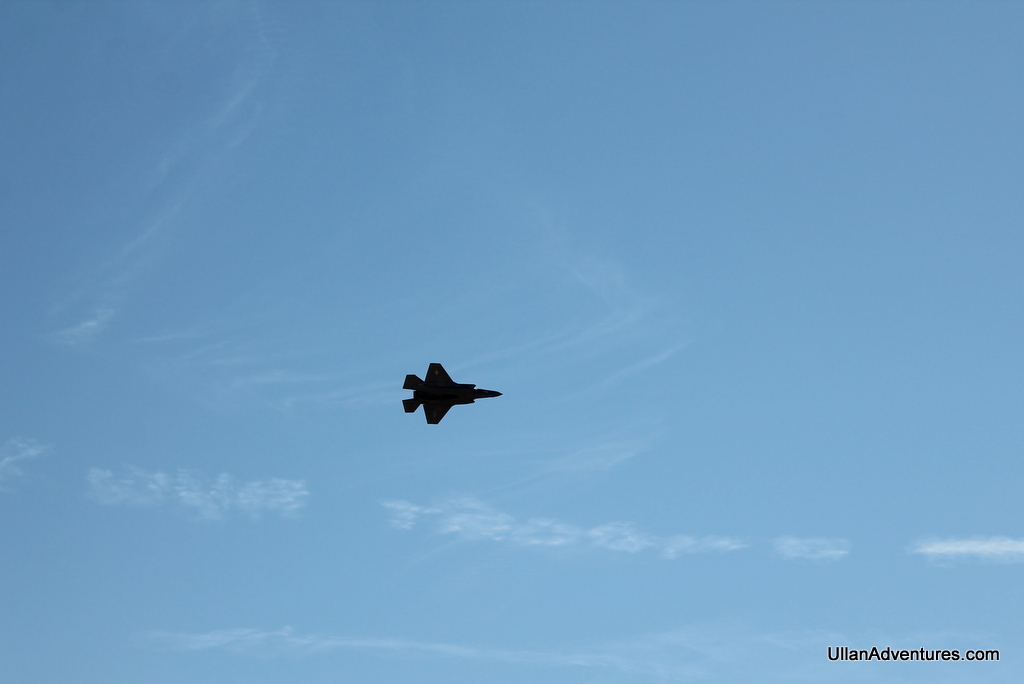 Then we got to see Sean D. Tucker perform in a biplane.  He was extraordinary!  I couldn’t believe the tricks he was able to do and he left us all mesmerized. 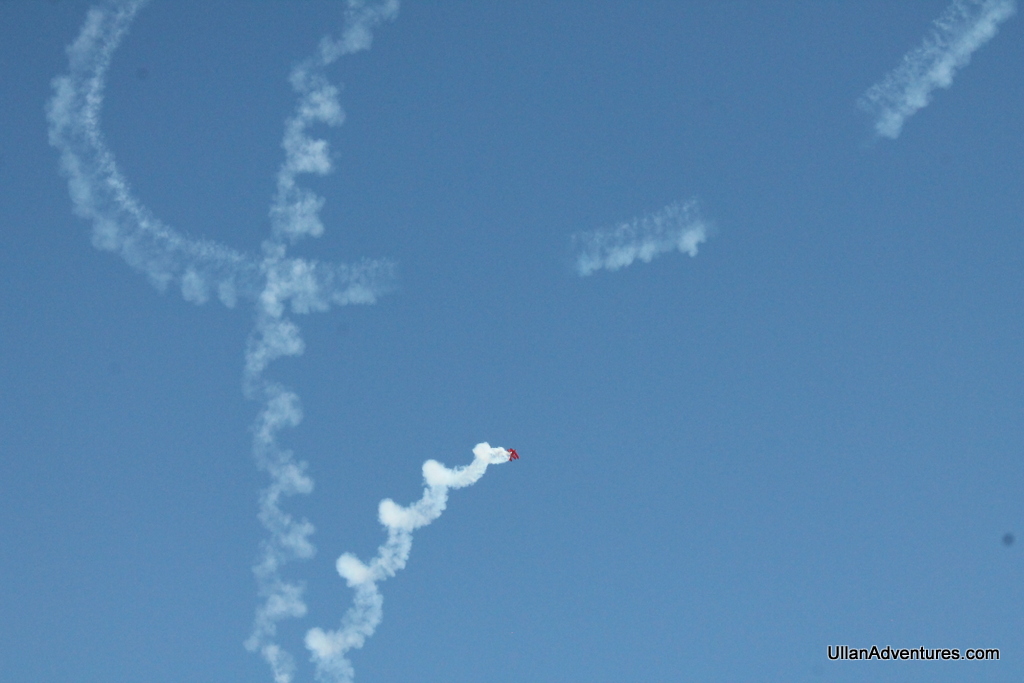 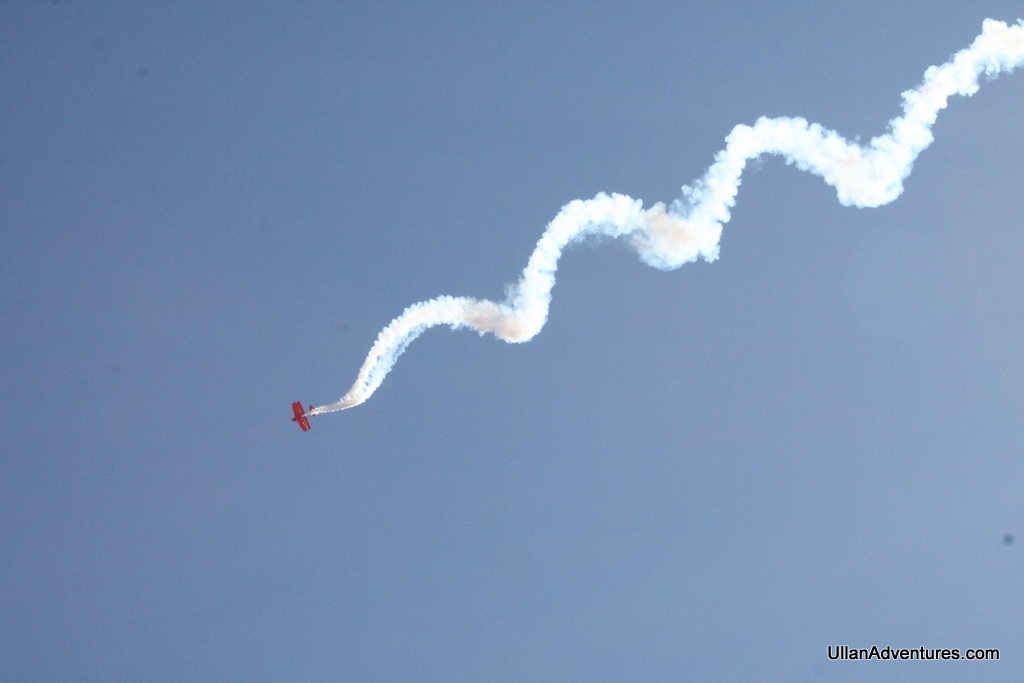 Next up was seeing a Harrier!  We got to see it make a vertical lift off, hover in place, and fly around as well.  What an incredible machine!  After that , there were other aircraft that performed. 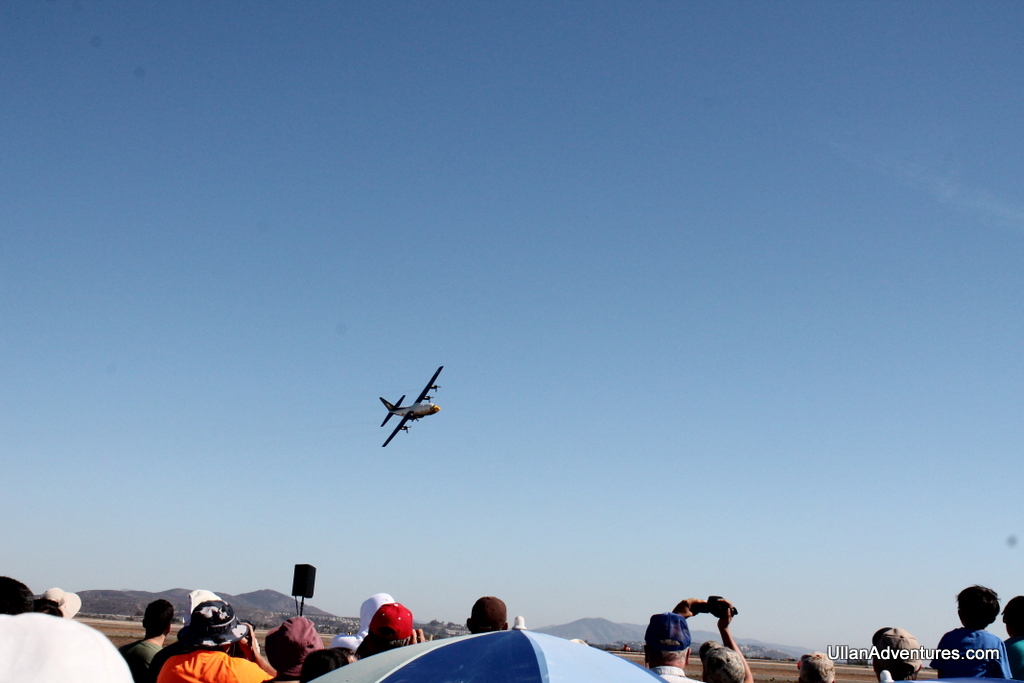 Finally, the Blue Angels were up and they did not disappoint.  They flew right in front of the crowd with their wings almost touching and performed so many aerial tricks.  Definitely a privilege to see them fly right before our eyes. 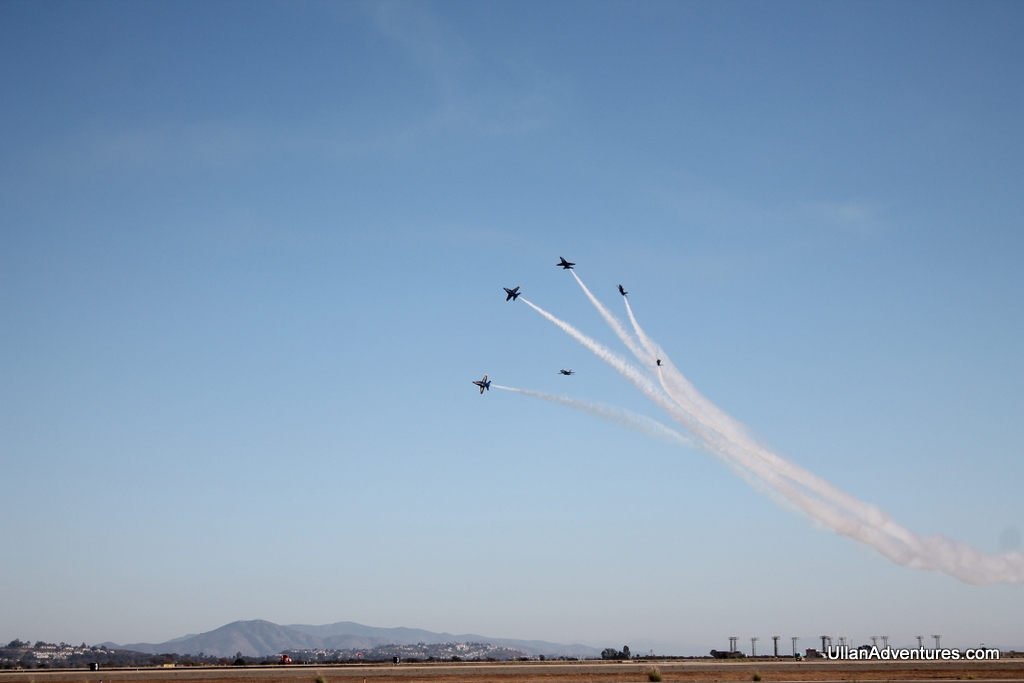 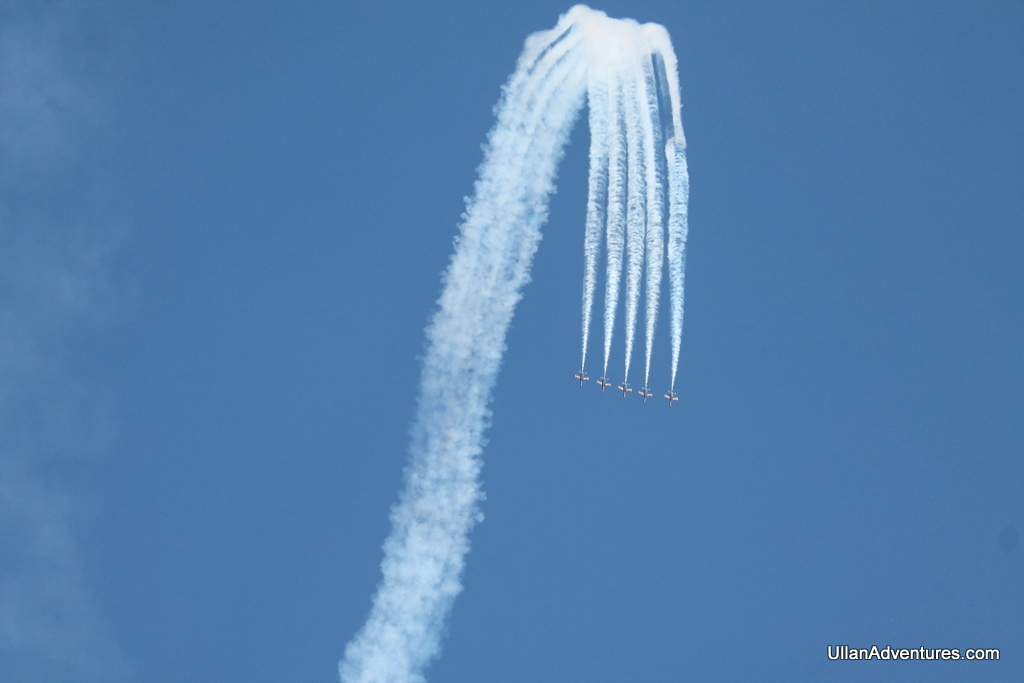 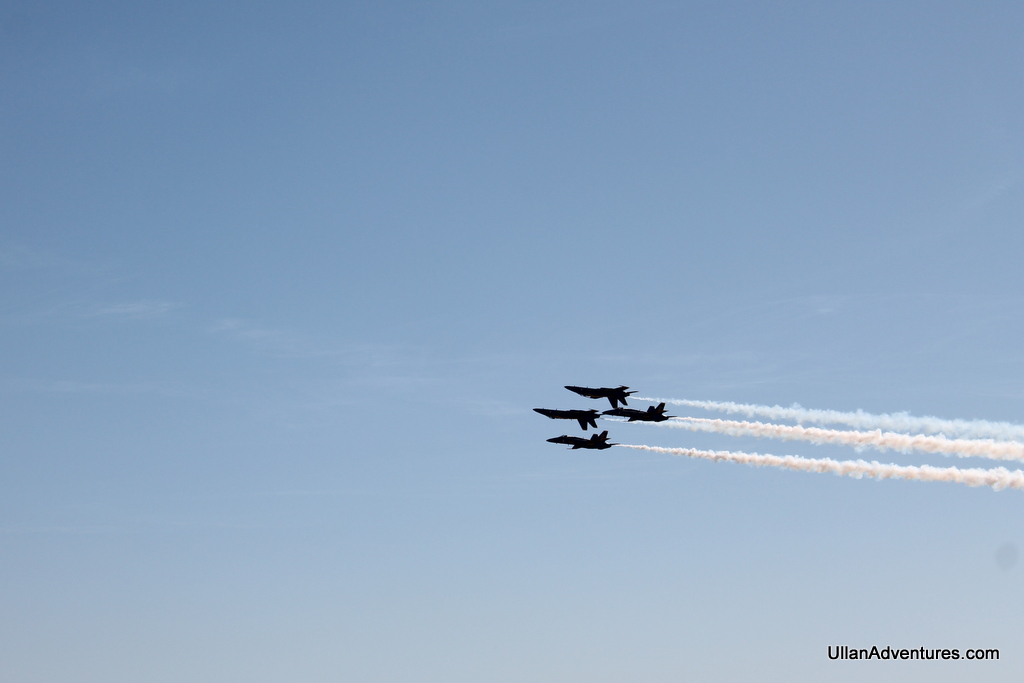 In addition to the performers, they had military planes and trucks that we could explore.  The kids had a great time seeing the jets up close, going inside an carrier, and checking out the cockpits. 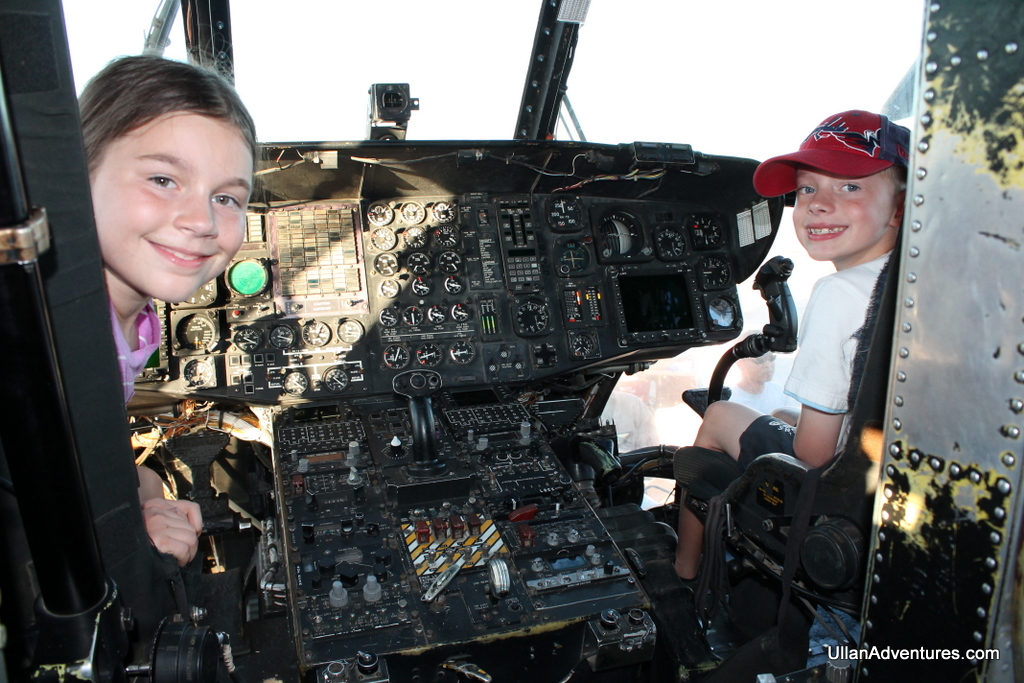 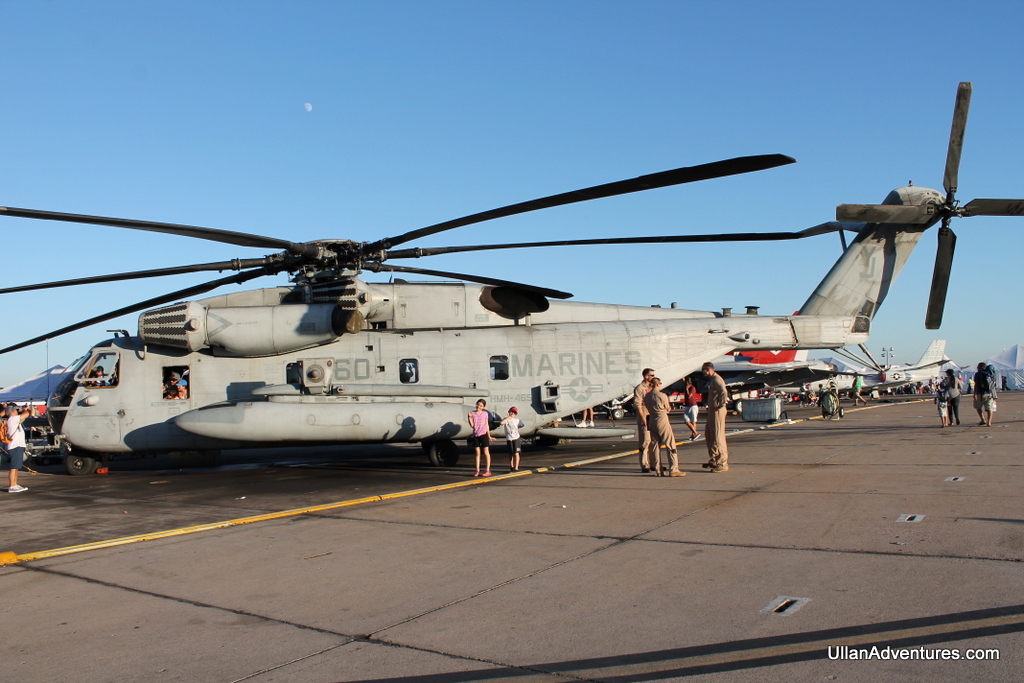 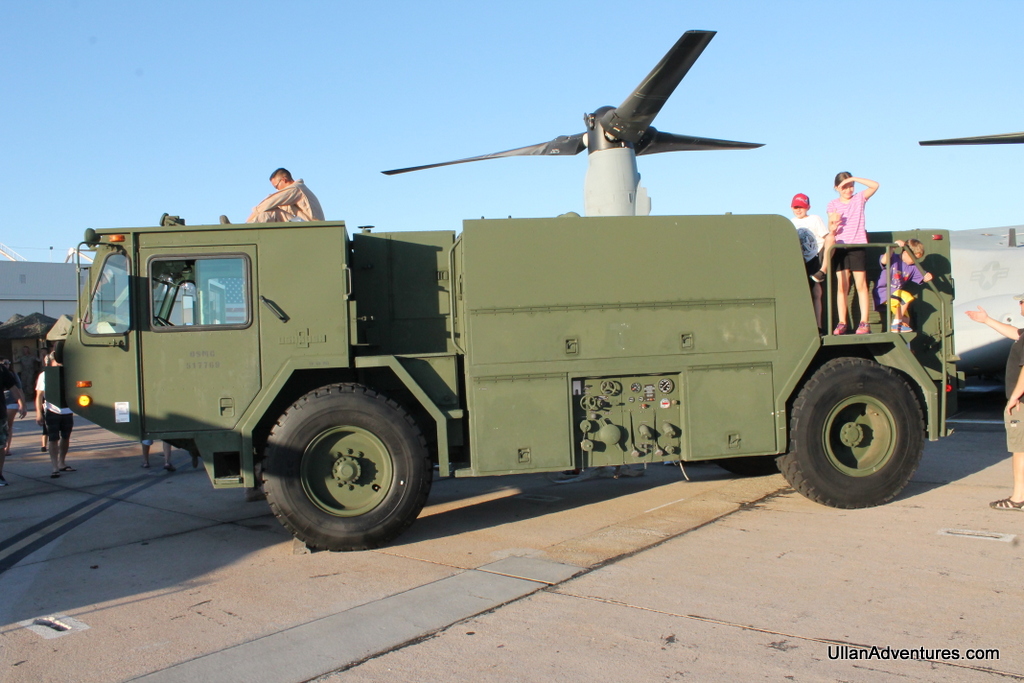 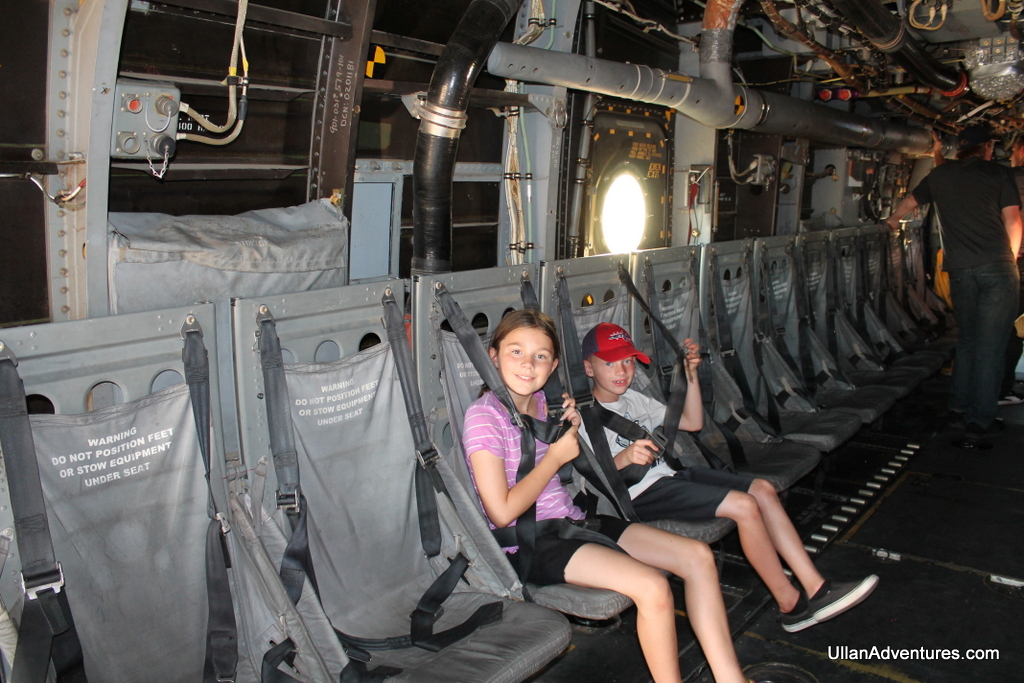 Once the sun set, there was a performance by the Shockwave Jet Truck which runs over 300mph and races the airplanes. 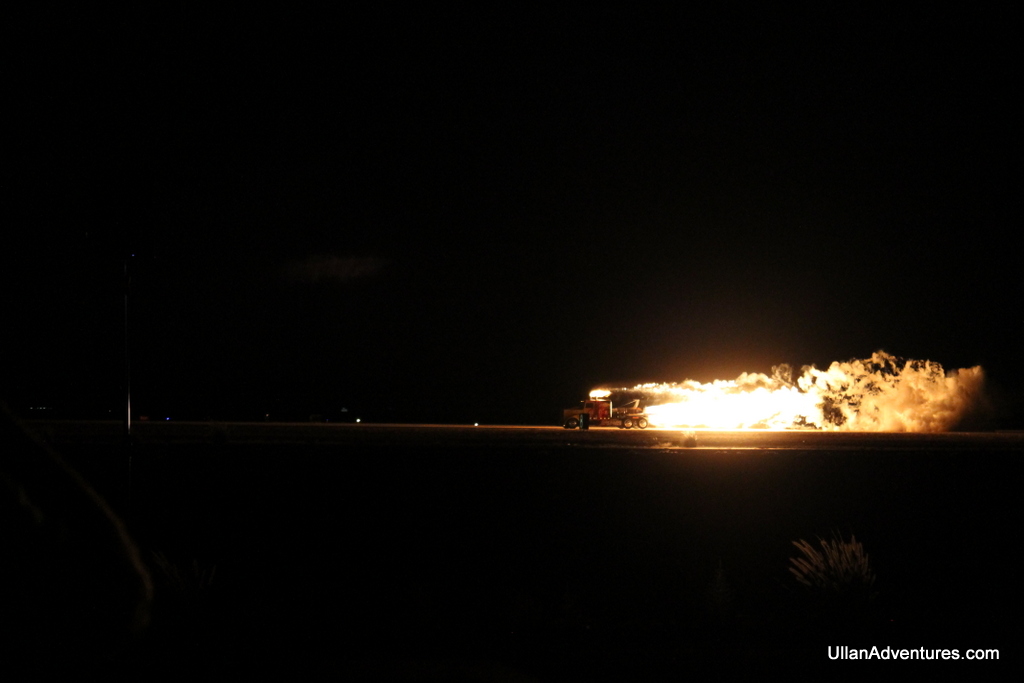 The show finished with a wall of fire which we ended up mostly missing as we left a few minutes early.  It was brutally hot that day and we were all wilting after the long day standing in the sun.  Unfortunately, we saw part of the wall of fire once we were outside and it looked INCREDIBLE so we were all bummed we missed it.

Previous post: Kirsten and Chuck Ride the Jetovator and Jetpack