Kirsten and Chuck Ride the Jetovator and Jetpack

Kirsten saw a blog post this summer where someone had done a jetpack experience in the ocean, so she said “get me some of that!”

Unfortunately she didn’t get quite that, as I booked her onto something called the Jetovator, which is ridden kind of like a jet ski, but still turned out to be quite fun.  She took the plunge at Glorietta Bay in Coronado.

The Jetovator is attached via a hose to a jet ski trailing her in the water.  The guide controls the thrust power, while Kirsten managed all the controls. 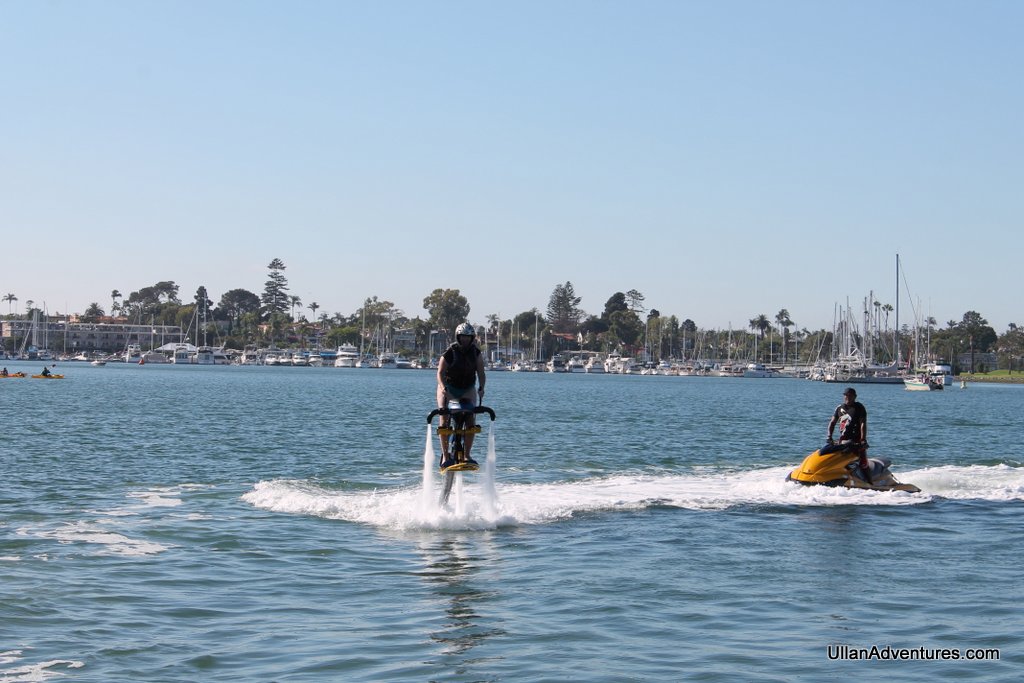 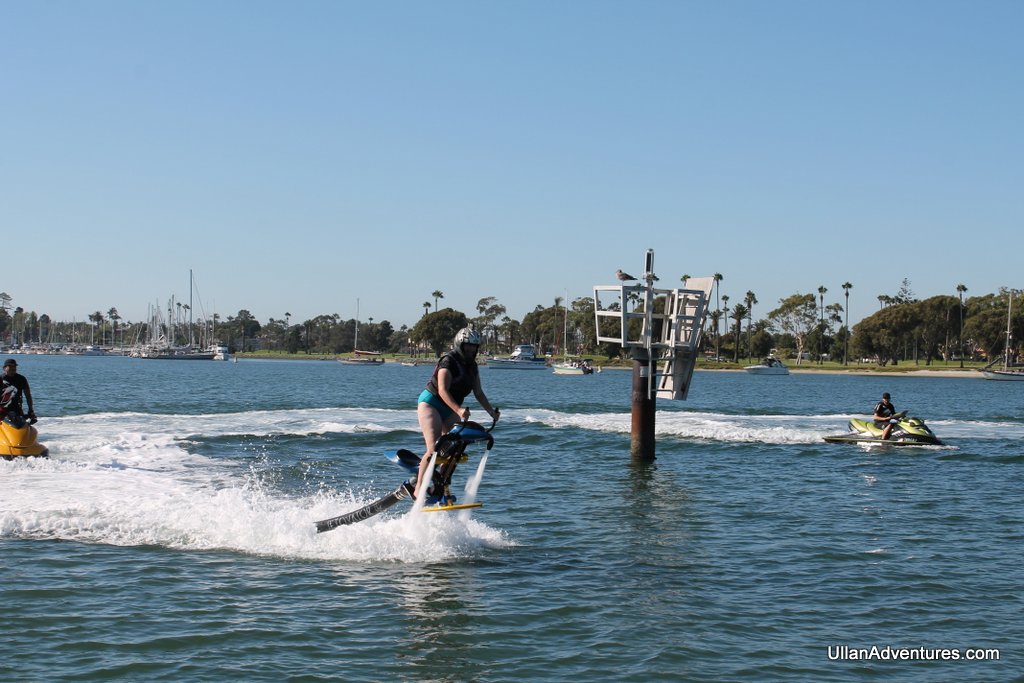 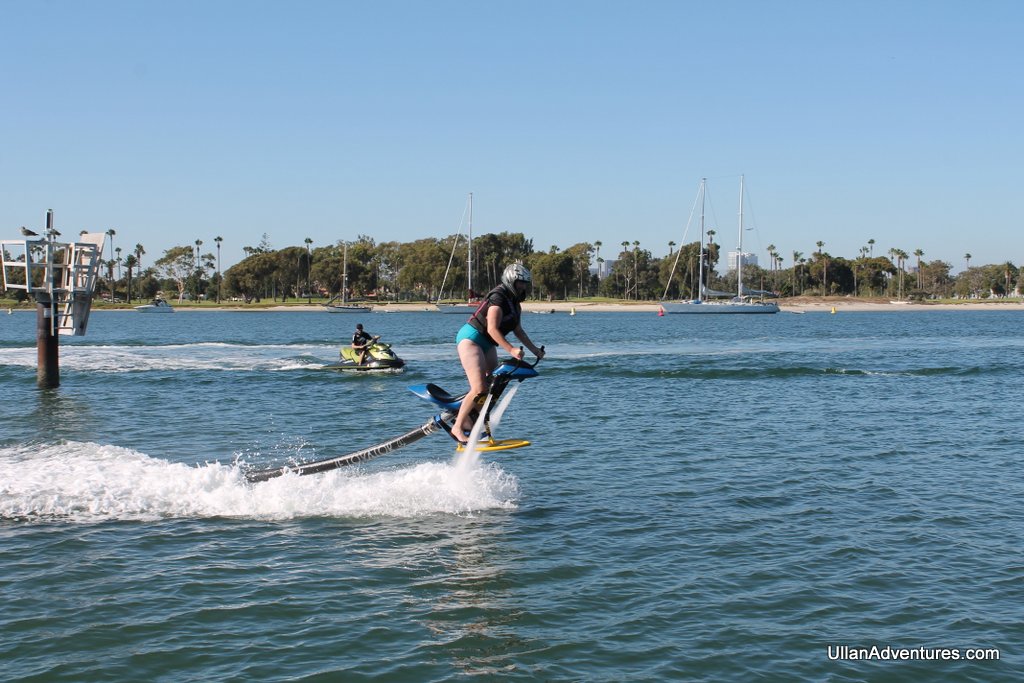 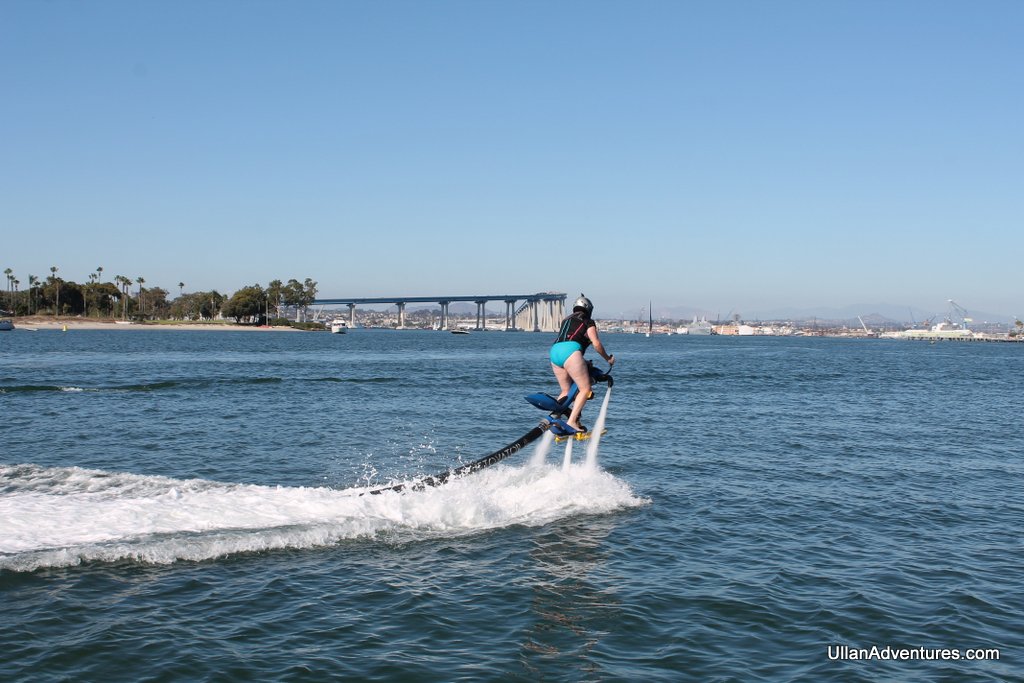 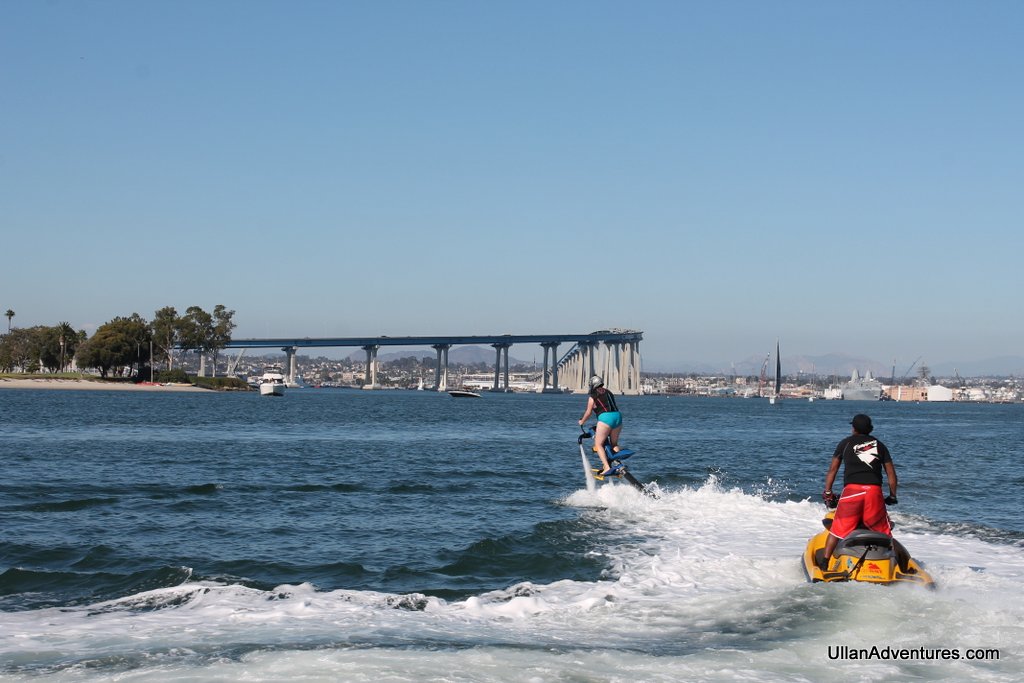 She found it to be fun, but tiring and her legs were pretty shot after about a half hour of doing this.

For my birthday, Kirsten booked me into a jetpack experience  at Mission Bay.   The setup was similar in that I got some on-land training, then headed into the water, with my pack being powered by a water hose attached to a jet ski. 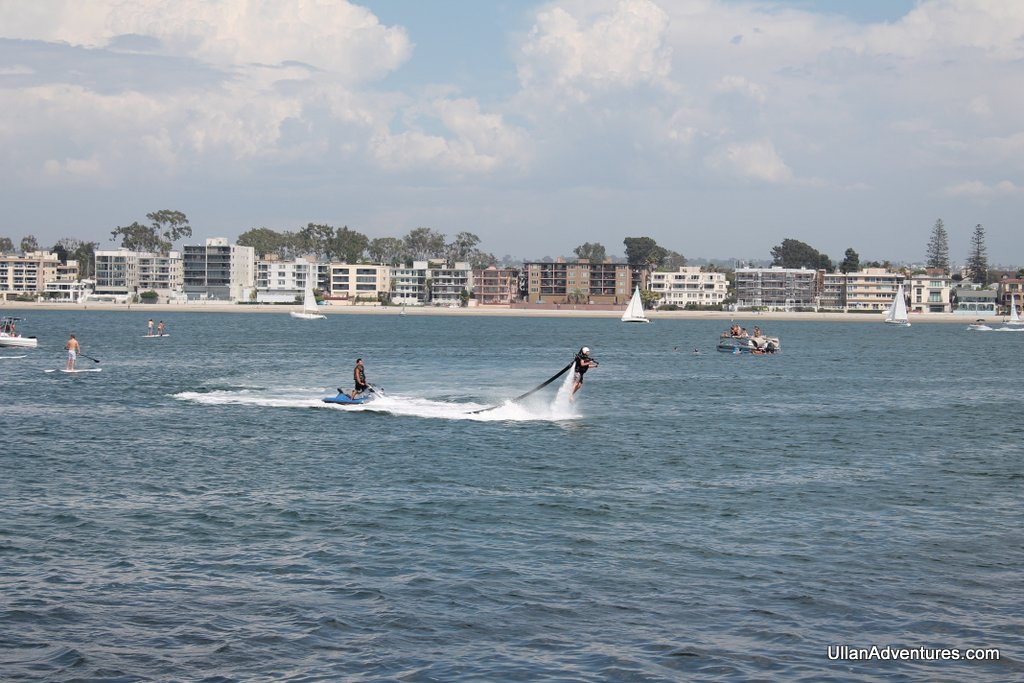 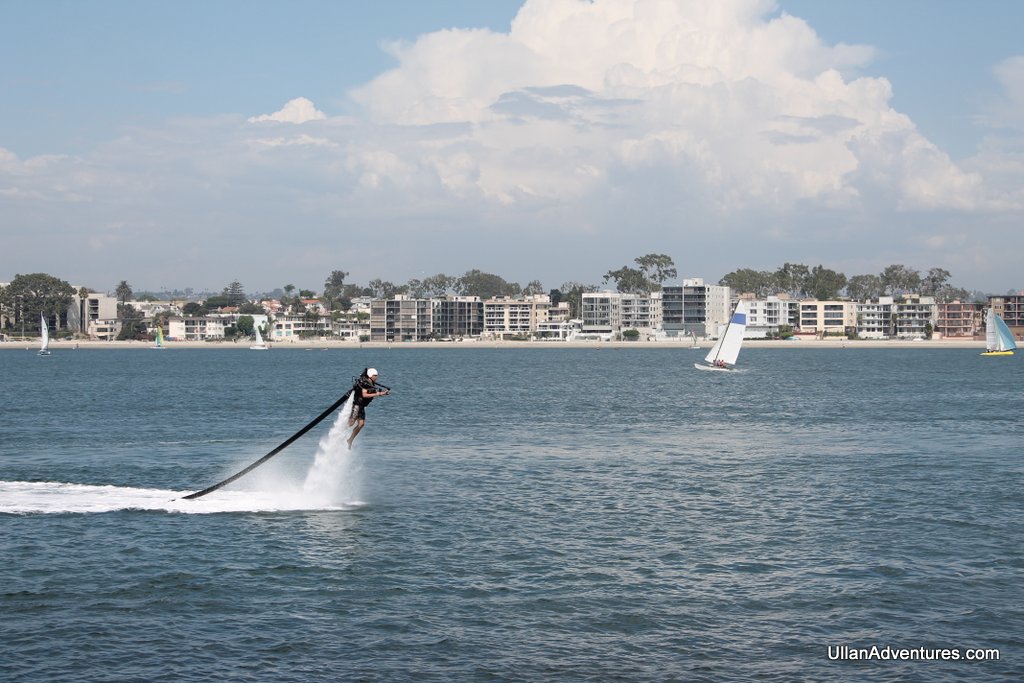 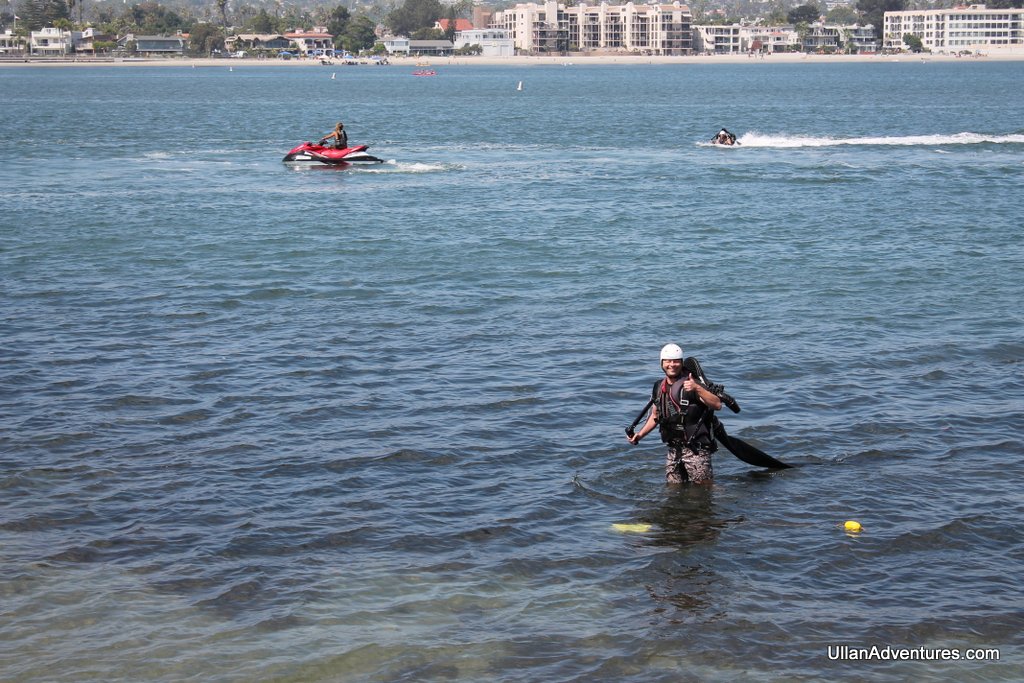 I had a great time doing the jetpack.  One thing not shown in the pictures was when I got to “submarine”.  I just tilted the jetpack forward and dove under the water like a dolphin, leaning back up 2-3 seconds later.

Between the two, it seems as though the jetpack was easier and it’s what we’d recommend if you’re looking for a water adventure!

Next post: Blue Angels and More at the Miramar Air Show