Last Friday we got to attend our first real fiesta in Spain.  It was celebrating Día de Andalucía, which celebrates the day Andalucía voted to become an autonomous community of Spain.  I’d figured that was a long time ago, but in fact it took place in 1980.

Overall, it pretty much had a 4th of July feel to it minus the fireworks.

There was a flag-raising celebration around noon, which we missed, and then a fiesta all afternoon at a park in the heart of town.  It was a beautiful afternoon with clear skies and temps in the upper 60s, so we were all comfortable.  We finally got to wear shorts which was so nice – we all miss wearing shorts!

The fiesta was pretty basic – some flamenco dancing, music, beverage and food sales, and activities for the kids.  And believe it or not, adults could actually order a beer without having a wristband.  Those crazy Spaniards.

We hung out for a few hours, then visited the big castle in town, then finished the day with a playground and pizza.  Throughout the day, we were bumping into and hanging out with our new friends, Heidi and Alan Wagoner, who moved from North Carolina to Almunecar about a year and a half ago.  (They’ve written a lot about their adventures here at WagonersAbroad.com.)

A cool little building near the entrance of the park 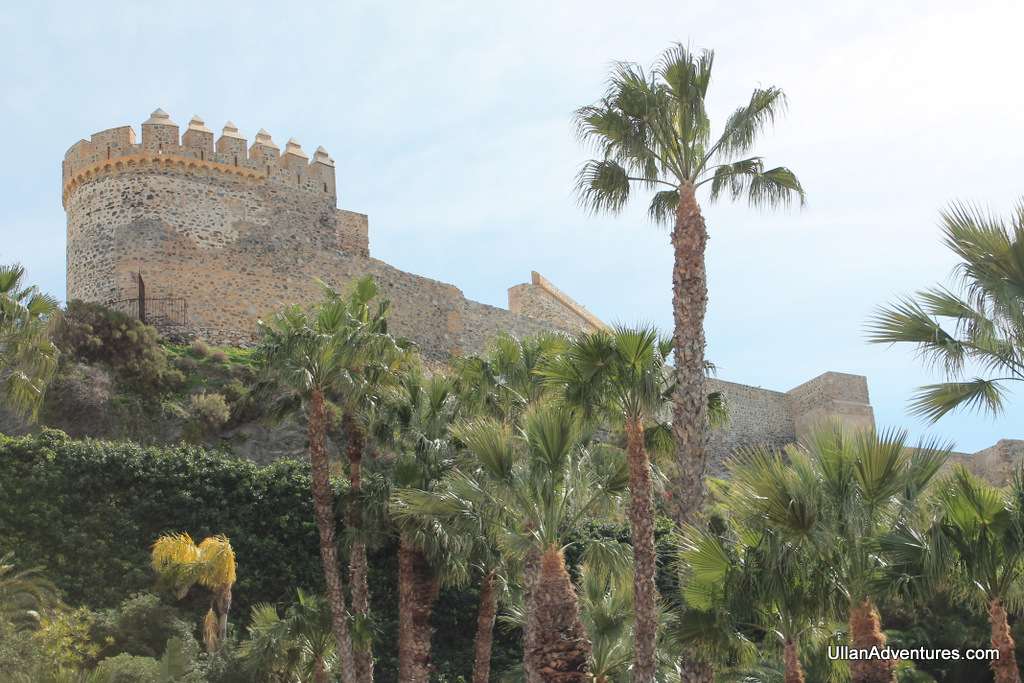 The park is at the base of El Castillo de San Miguel which was first fortified 2,000 years ago

Of course there has to be some flamenco! 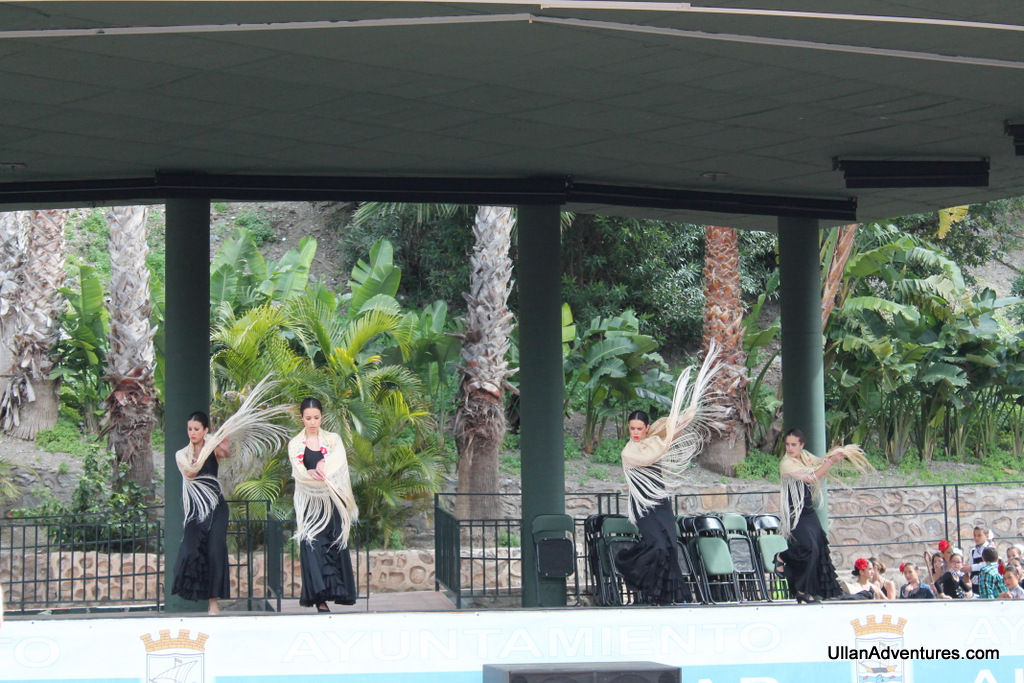 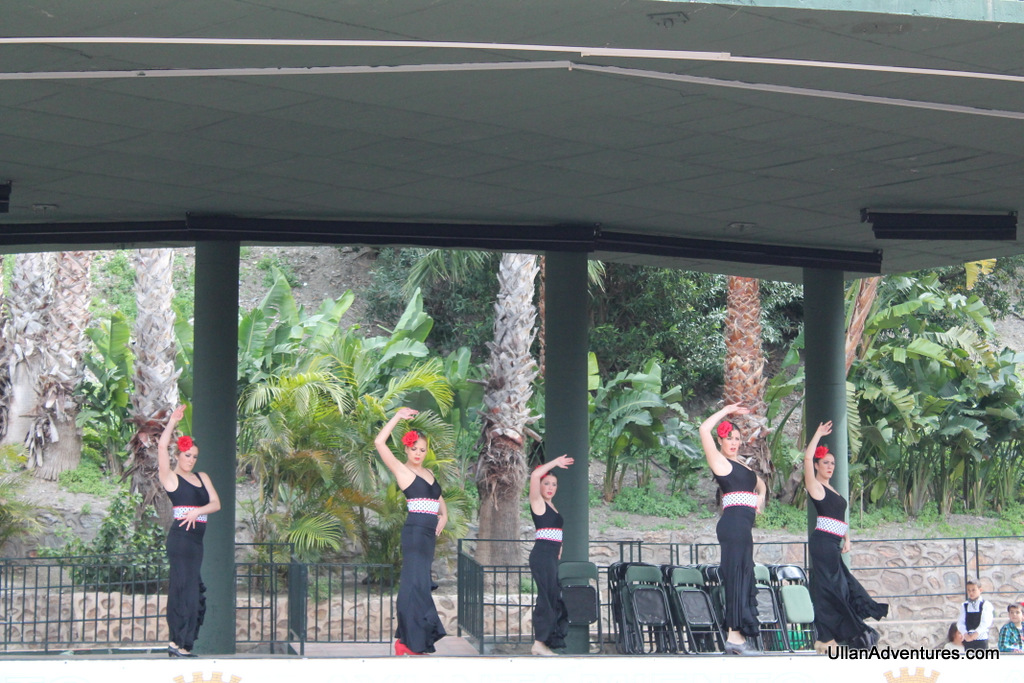 They had this cool inflatable soccer arena for the kids which was free!  Yes, free! 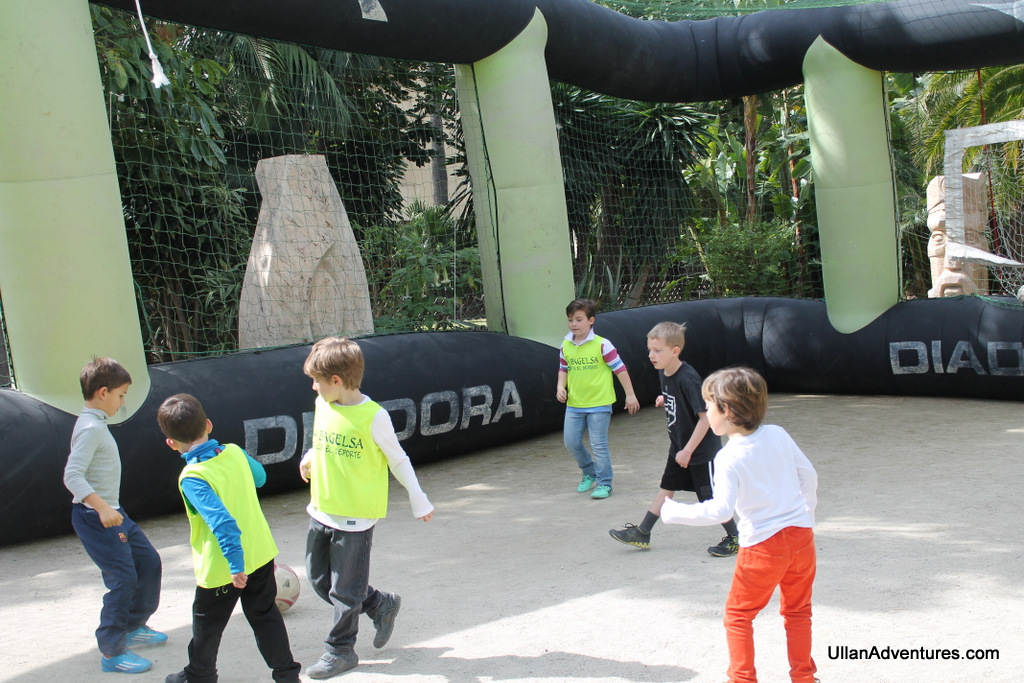 They were also making a HUGE paella.  They added ingredients and cooked it over a fire for an hour or two, then served it up.  3 Euros for a plate – had to give it a try! 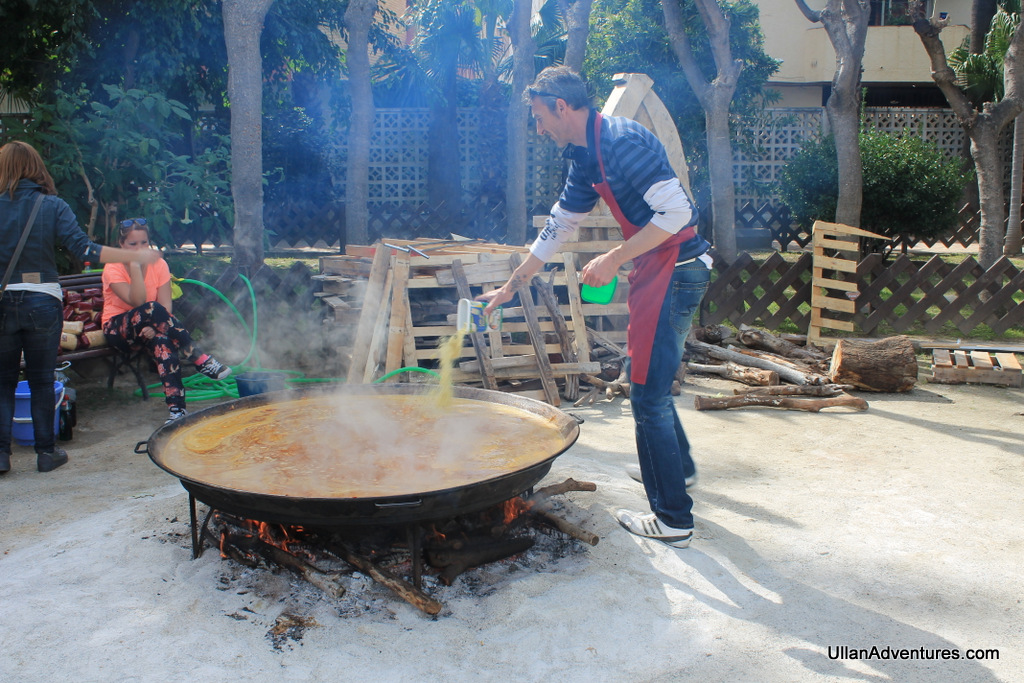 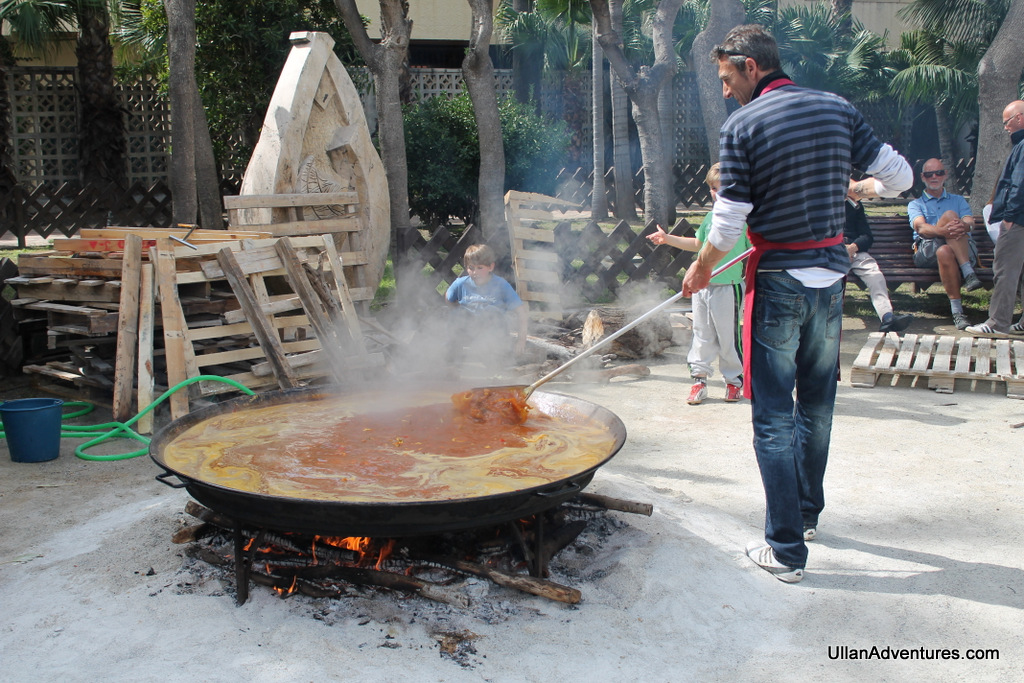 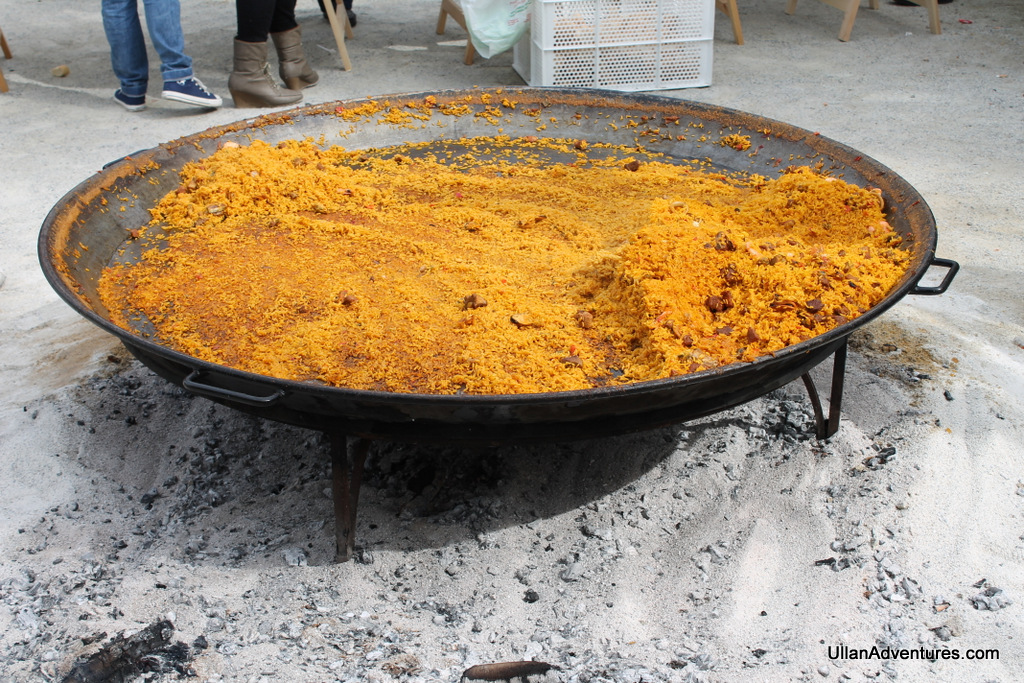 The park also has some Roman ruins fenced off.  This was a fish salting facility back in the day. 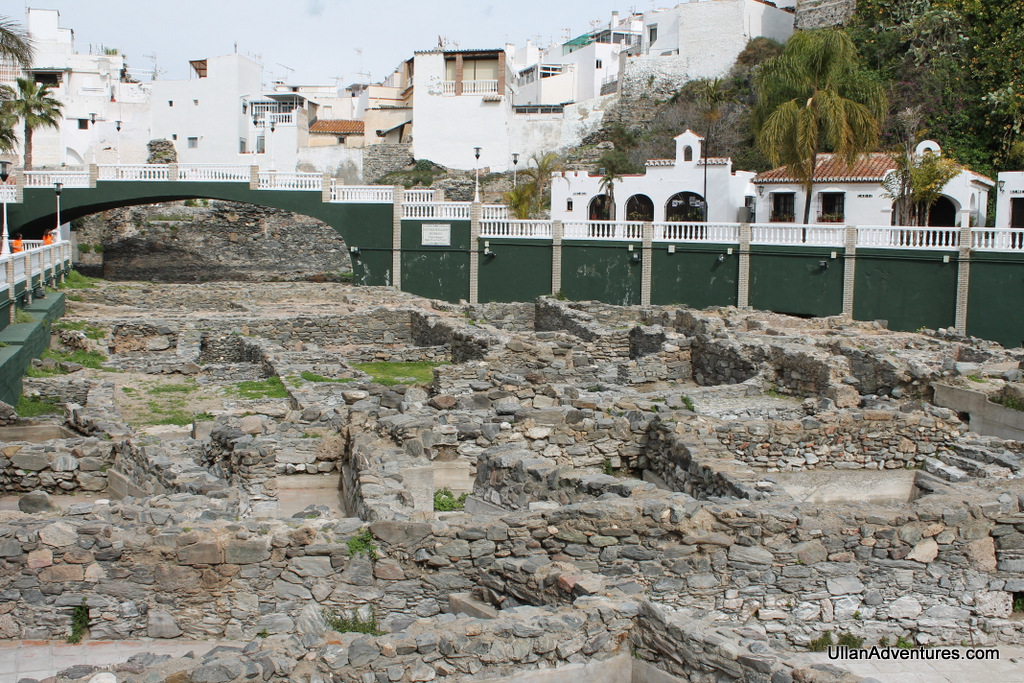 There were also old folks playing bocce at the park which is pretty typical here. 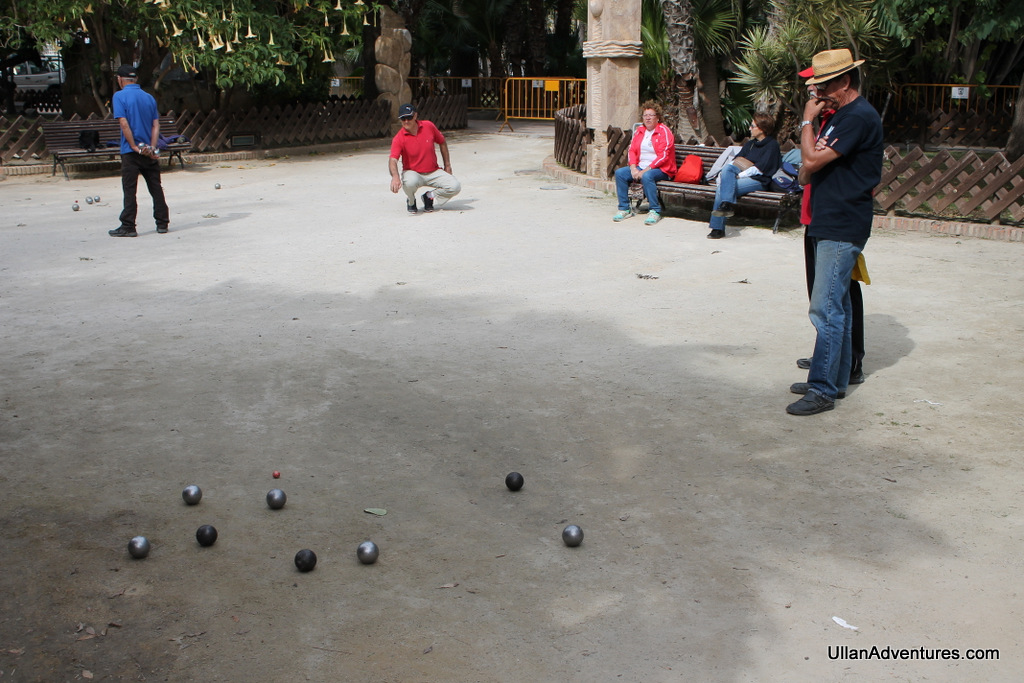 There was also this dog which had nothing to do with the fiesta but we loved his little wheelchair contraption. He was a total cutie too! 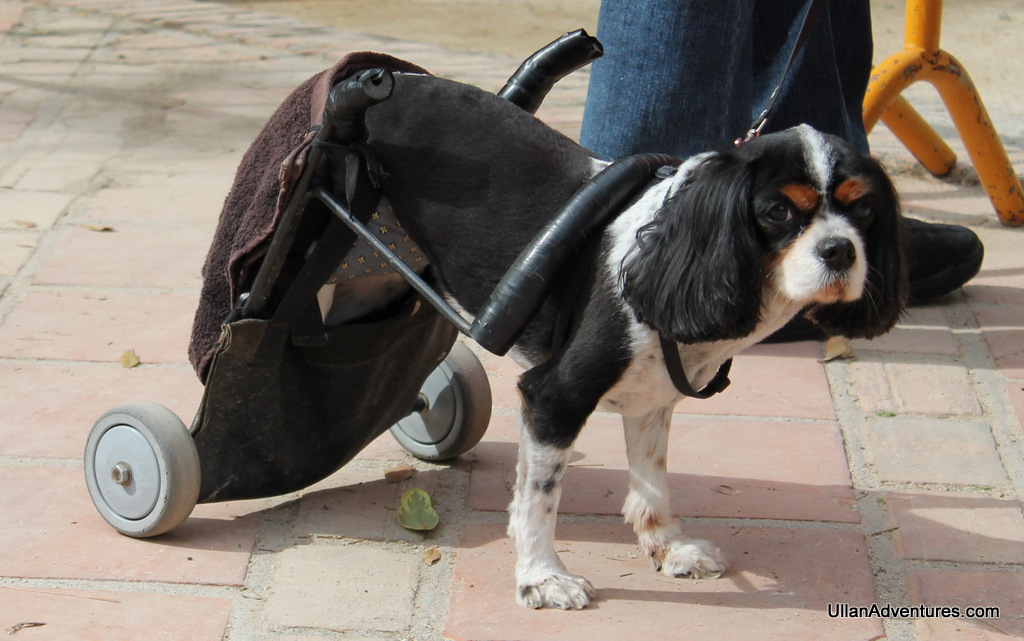 Finally, a little pizza with our friends. 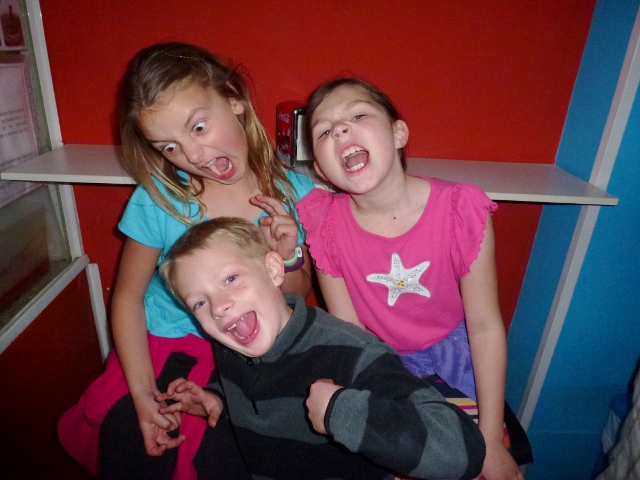