Dotonbori Fun and Hogwarts in Osaka 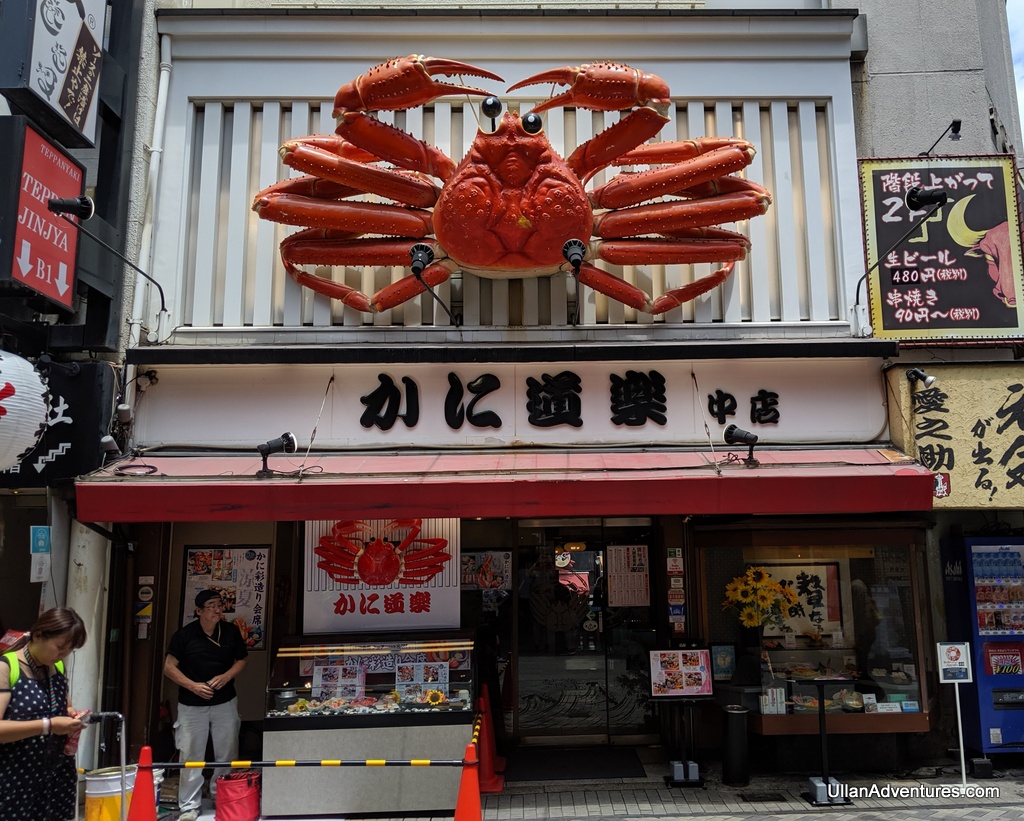 The travel show that was the catalyst for our trip to Japan featured the Dōtonbori area of Osaka.  The store fronts had large octopus or crabs or other huge displays above the entrance and the place seemed amazing.  So there was no way we were coming to Japan and not at least seeing this place!

Even though there is plenty to see in Osaka, we only allotted about 24 hours to it as we were crunched for time trying to fit everything else in.  Our original plan was to arrive around 10am, drop our bags at the hotel, try some fun food along the Dōtonbori, then visit the Osaka aquarium to see whale sharks, return to the Dōtonbori and surrounds for dinner & window shopping, then head to bed.

Previously, I mentioned to the kids that there was an Universal Studio in Osaka and the kids didn’t really care about going.  However, when I mentioned it again a couple of days before going to Osaka, the kids jumped at the chance to go.  I hated giving up seeing whale sharks, but I thought visiting a theme park would be more fun and give everyone, especially the kids, a break from sightseeing.  I secretly really wanted to revisit Harry Potter World, so I was pretty happy.

So the first part started off the same by checking out of our Kyoto airbnb, then taking a train to Osaka, then dropping our bags at the hotel before walking around the Dōtonbori area.

First up was trying takoyaki which are fried octopus balls which we’d seen on the travel show.  We weren’t fans at all, so they quickly went in the garbage.  Boo. 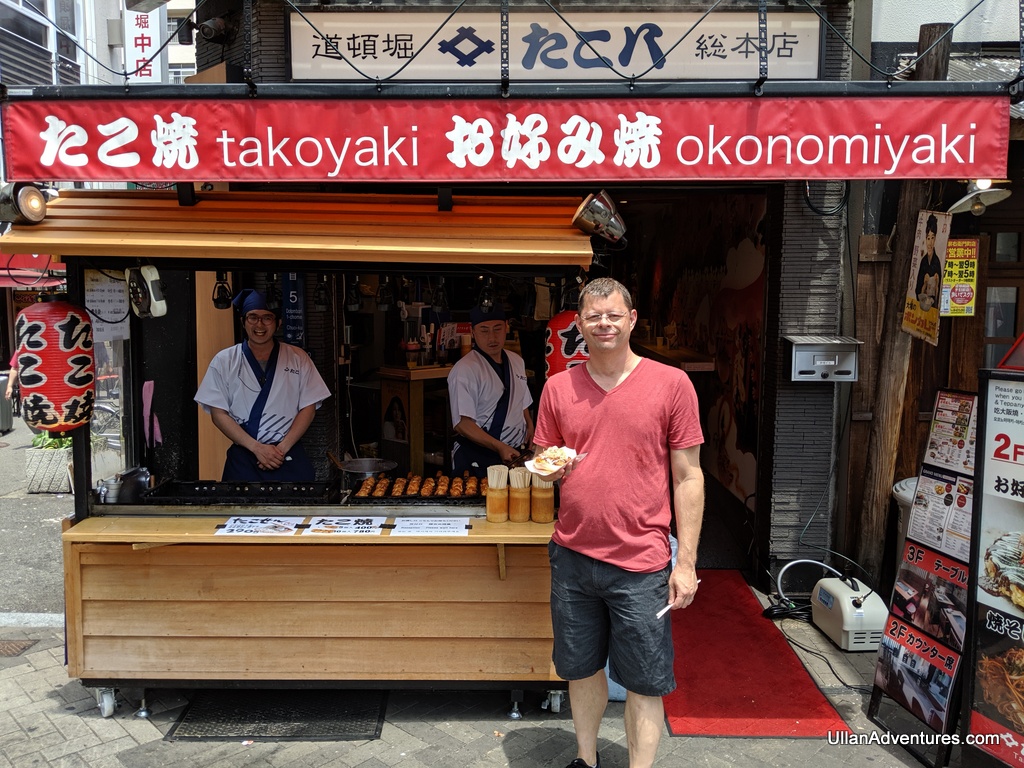 Then we wandered around checking out the cool displays and hunting for lunch.  I really wanted to try okonomiyaki which is a savory Japanese pancake with cabbage, but I never found a place that was open.

The Dōtonbori area was fantastic though! 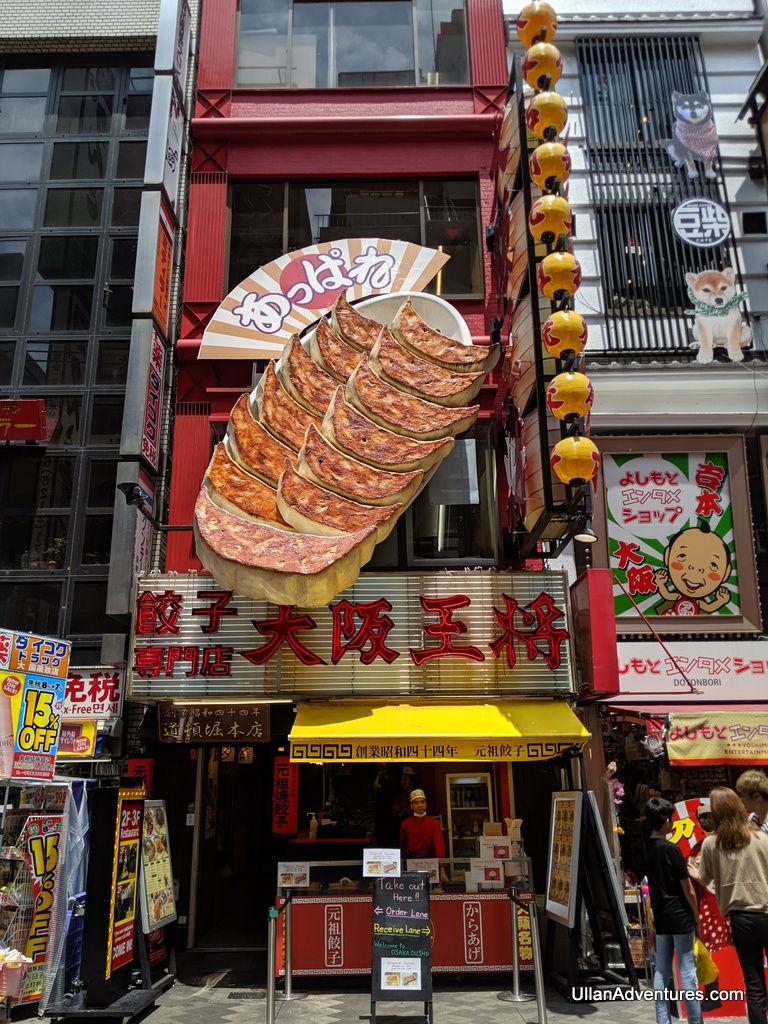 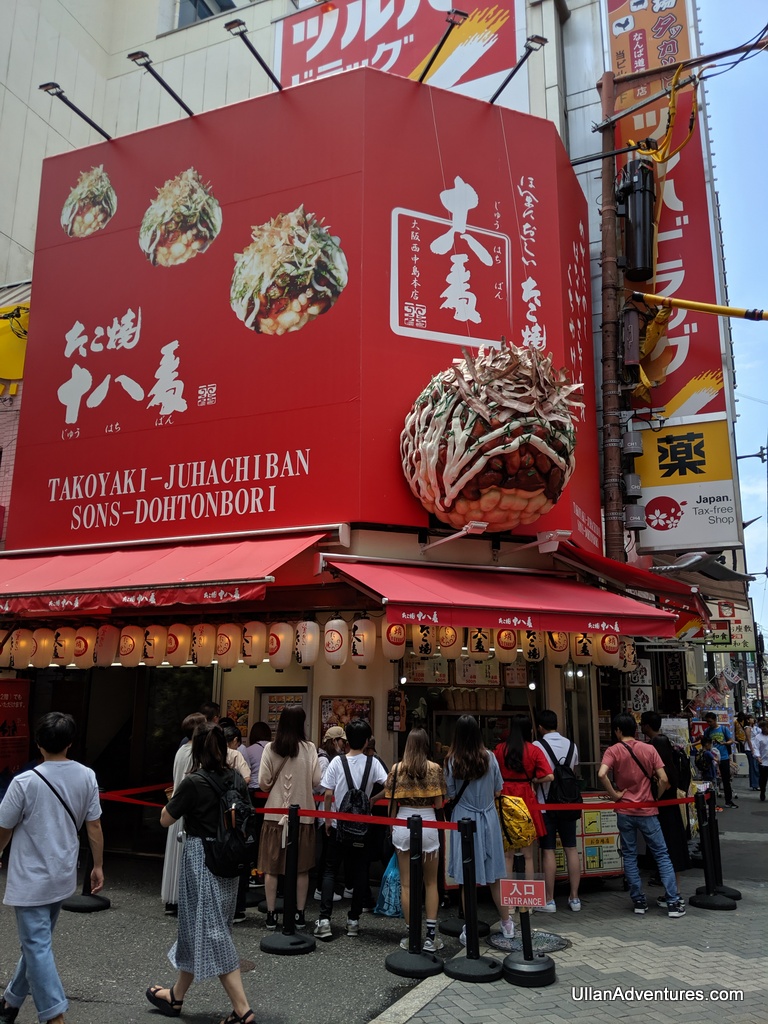 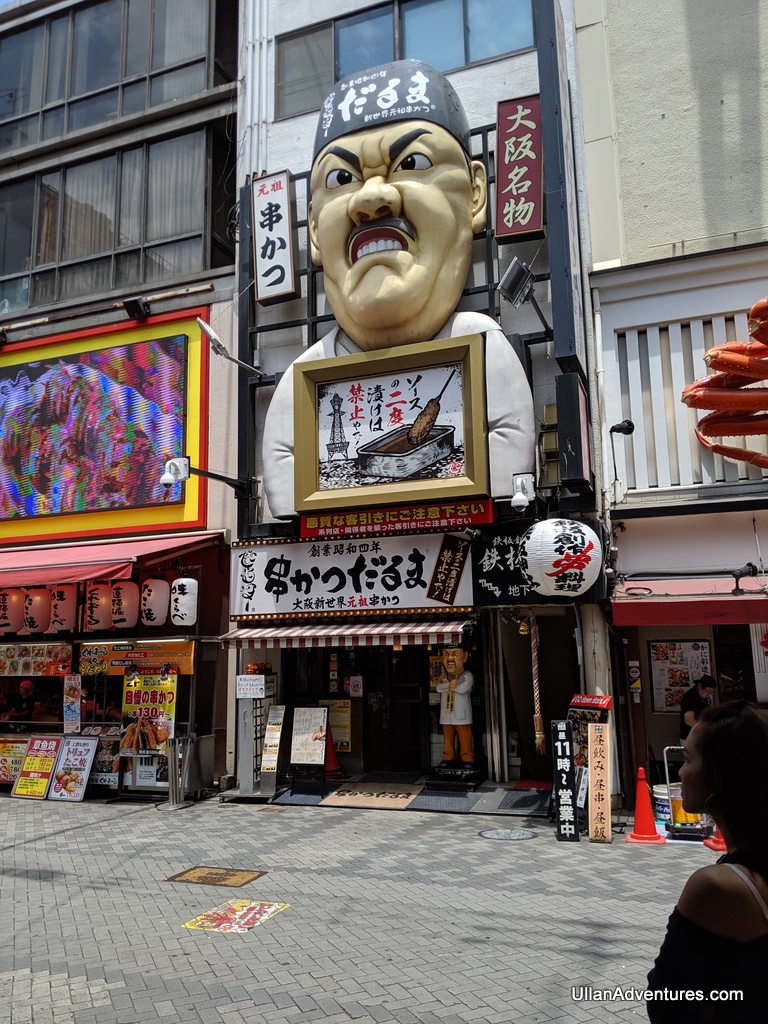 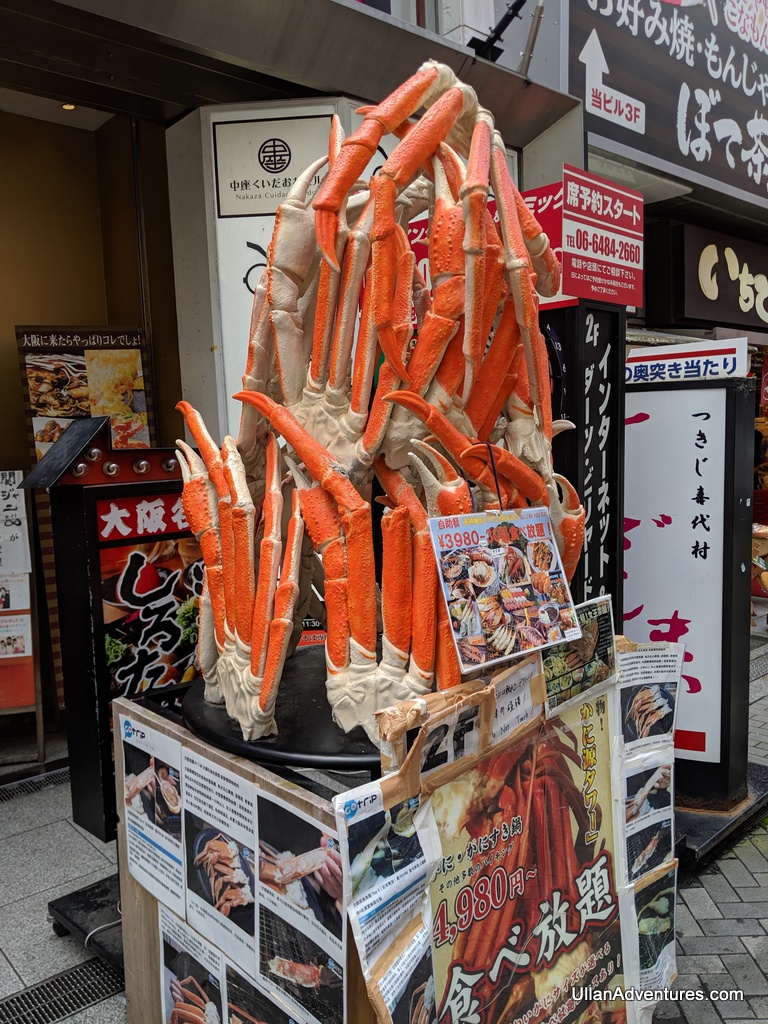 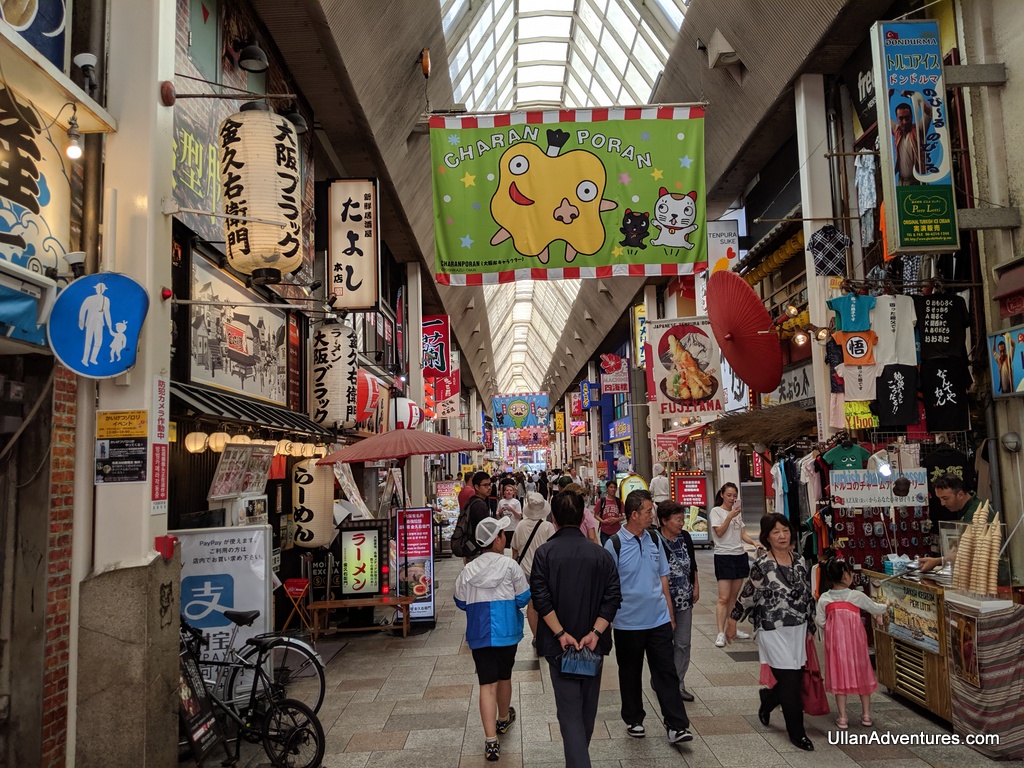 I thought we’d have an easy time finding lunch, but it proved really difficult to find something for all 4 of us.  Eventually we found a place that was an ok choice, then headed to Universal Studios Japan!

The weather was scheduled to rain all afternoon, but I thought we should risk it.  It turned out to be hot and sunny and never rained.  In fact, we ended up buying sunscreen as we were going to get sunburned if we didn’t lather up!  Good thing we didn’t let weather stop us!

Universal was so much fun.  I LOVE Harry Potter World and it was so much fun to visit again.  First up was perusing Honeydukes then grabbing a butterbeer. 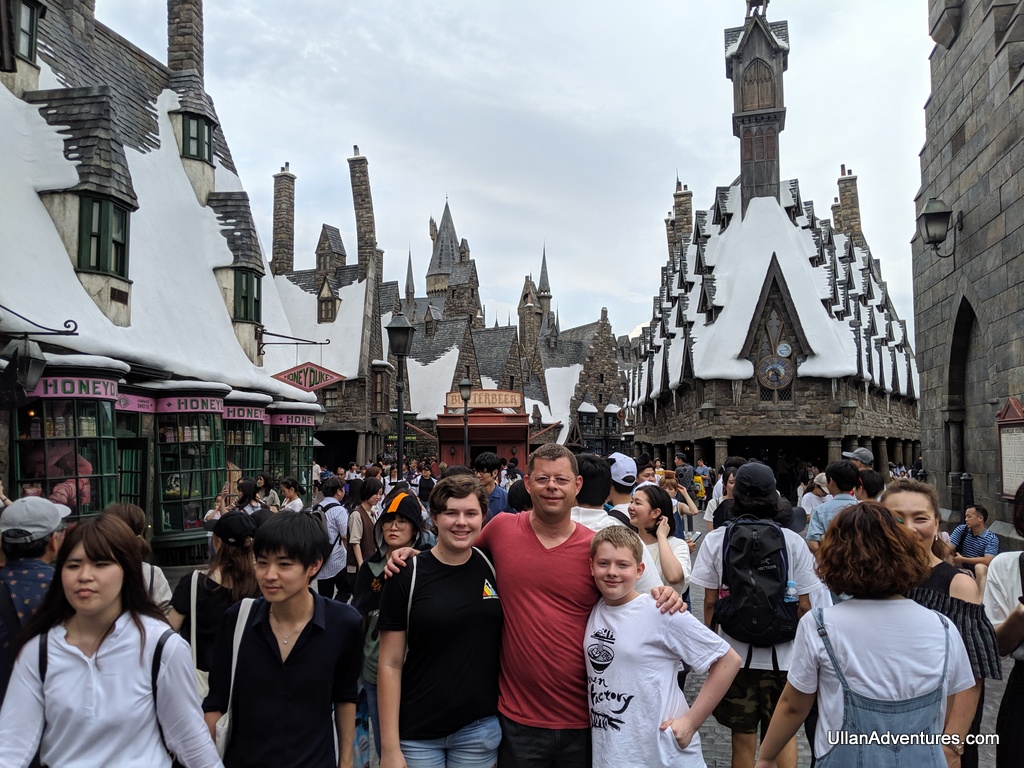 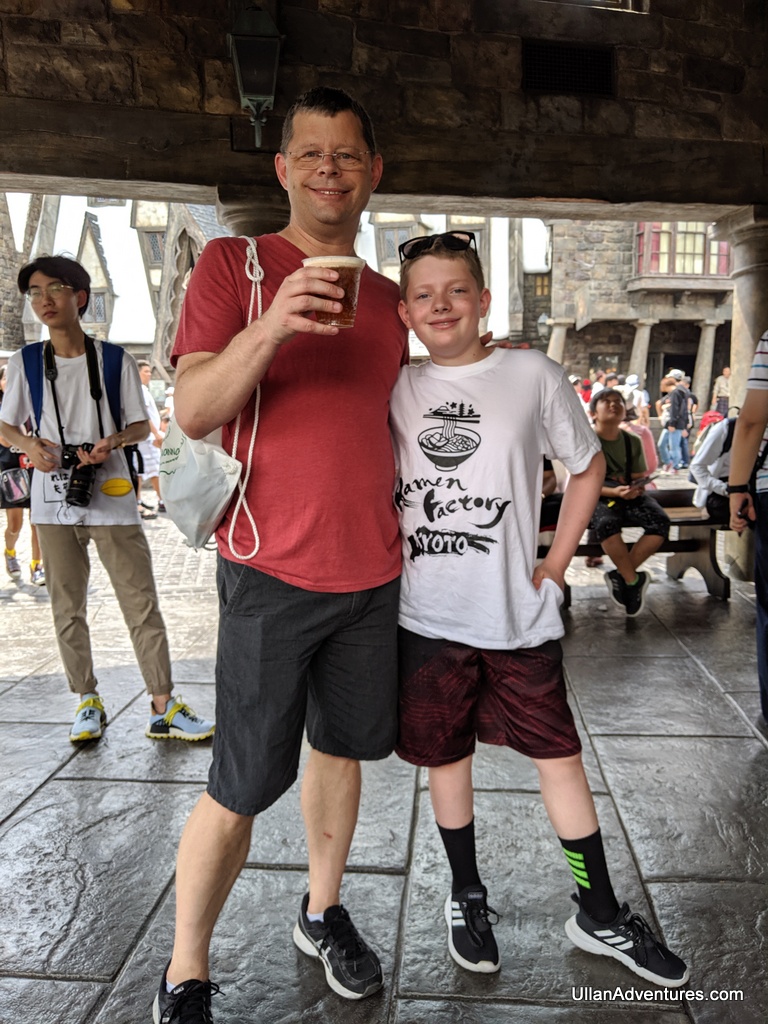 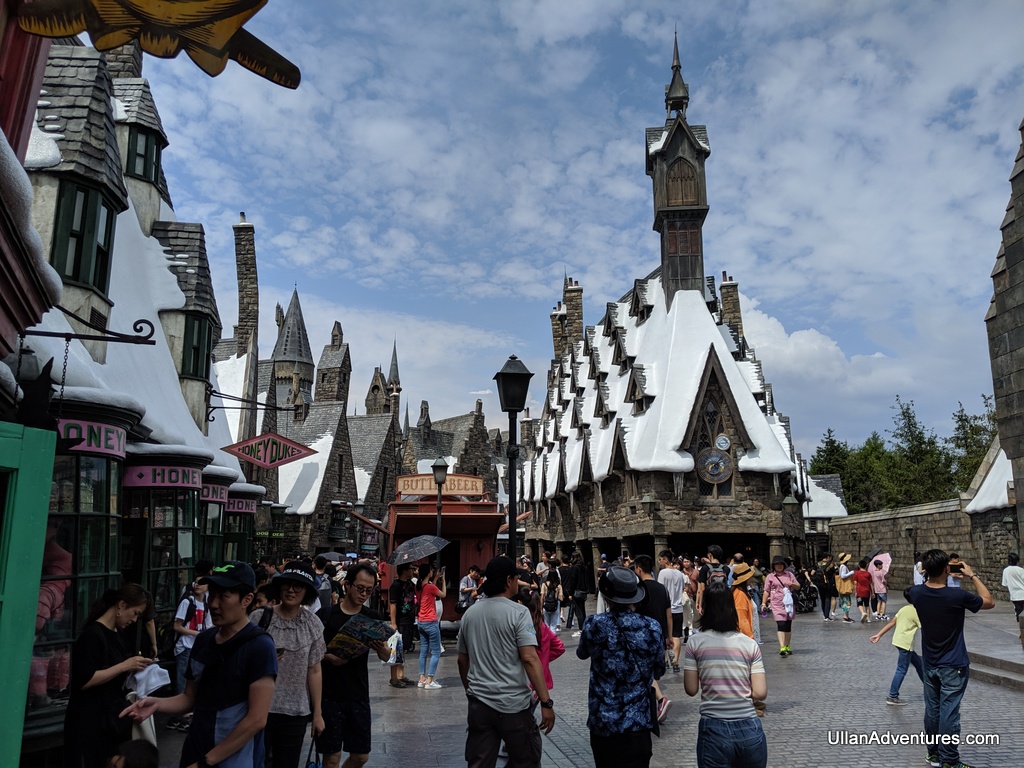 Then we headed for Hogwarts and the Harry Potter and the Forbidden Journey ride.  I decided to skip it this time as it made me so nauseous last time.  I was so sad to miss out, but it seemed for the best.  The wait was crazy long, but there was a way to still tour Hogwarts so I did that while Chuck and the kids waited in line.  Then I strolled around Hogsmeade and had a great time. 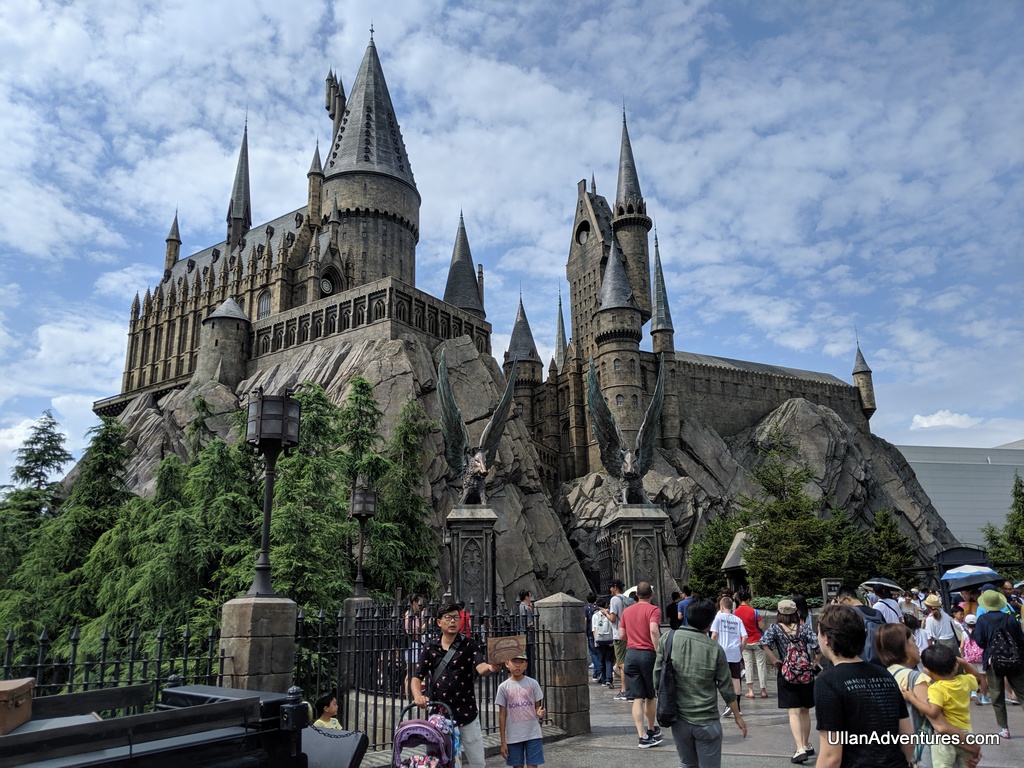 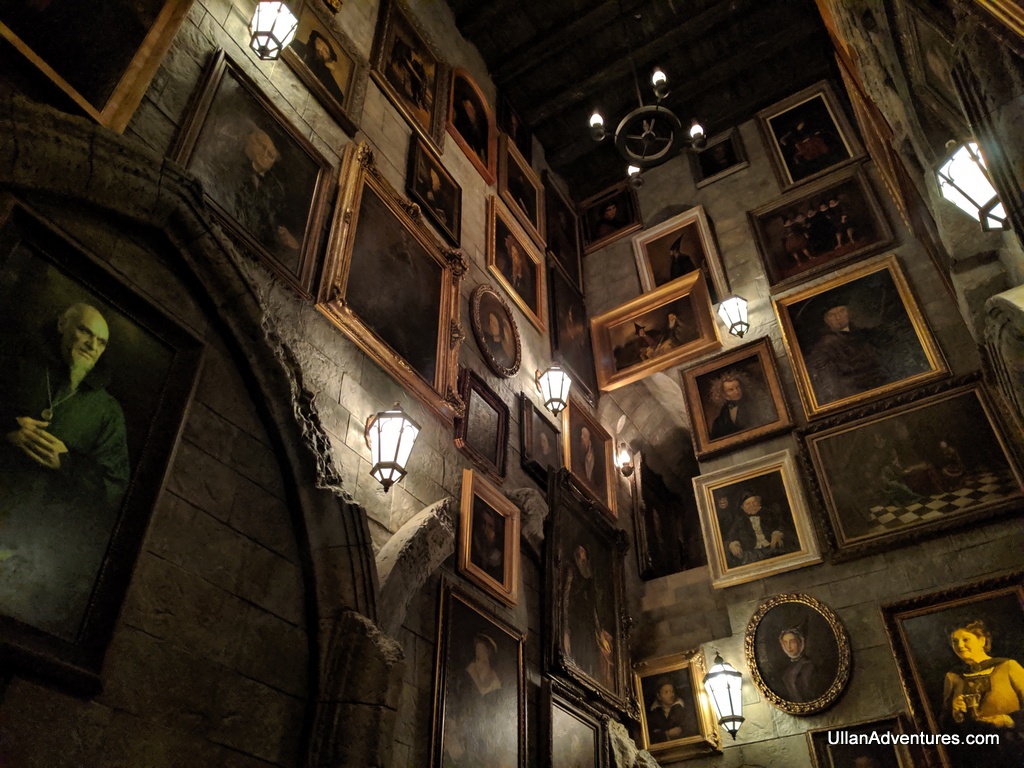 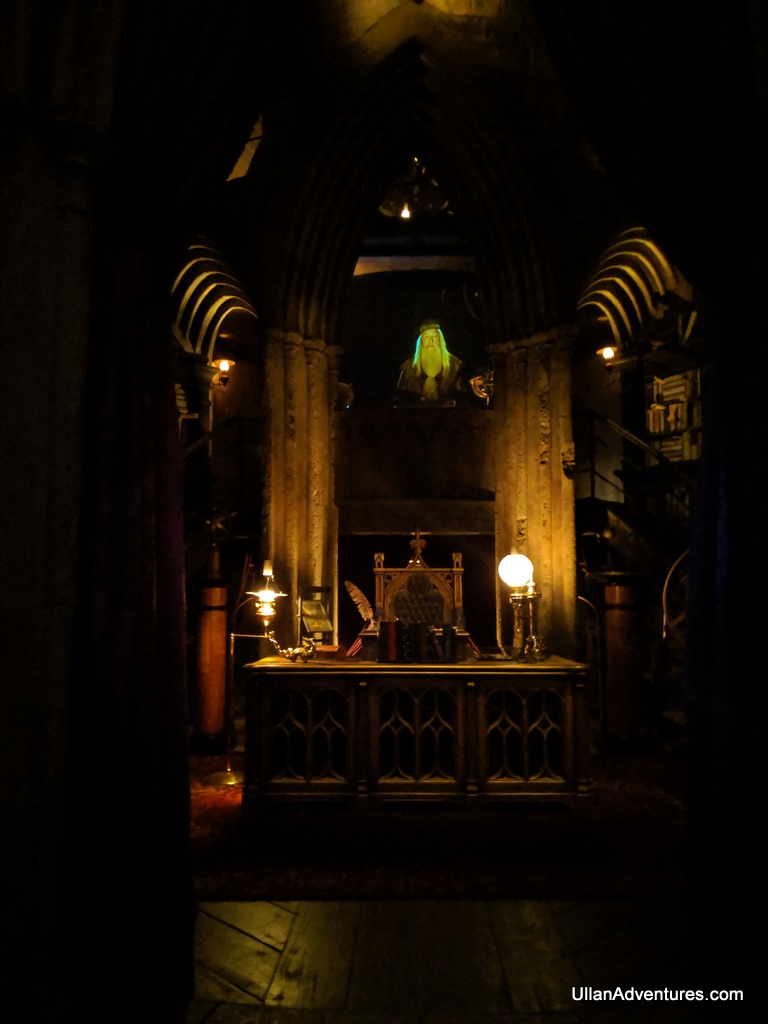 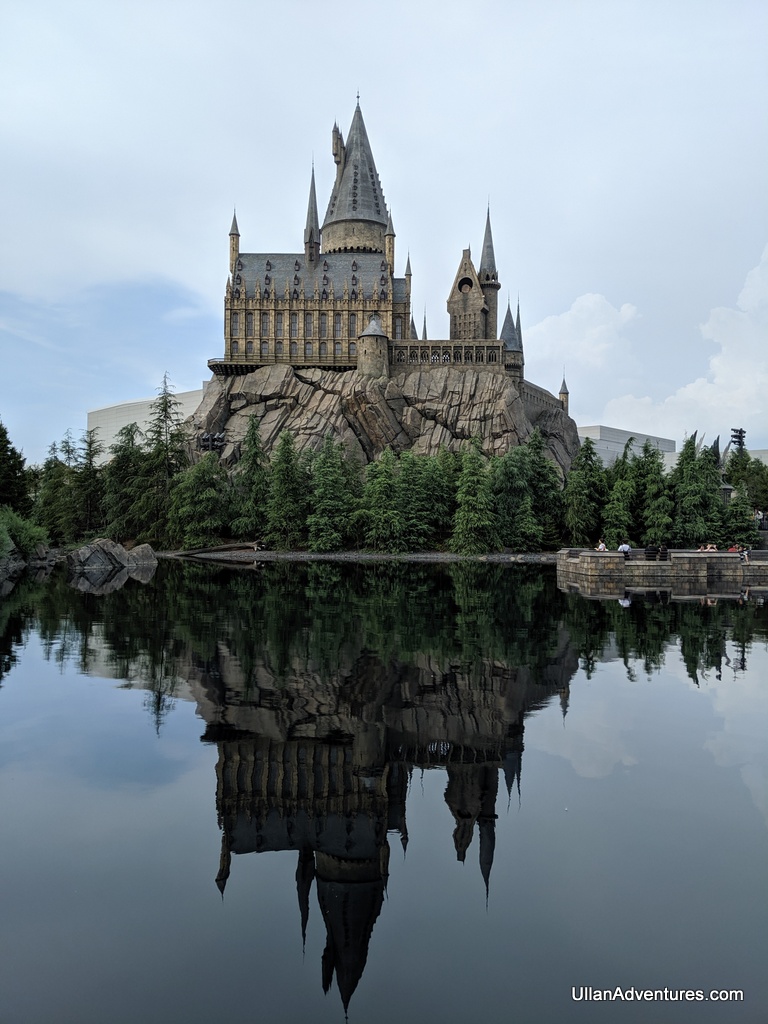 Once we were back together, we grabbed a snack at the Three Broomsticks.  And after some more strolling around Hogsmeade, we headed out to explore the rest of the park.

The kids were able to ride a few rides, and we had a great time walking around and taking it all in.  Our legs were ready to fall off at this point so we took breaks when we could, yet we still had a good time.

We ended up staying to watch the parade which was cooler than I expected. 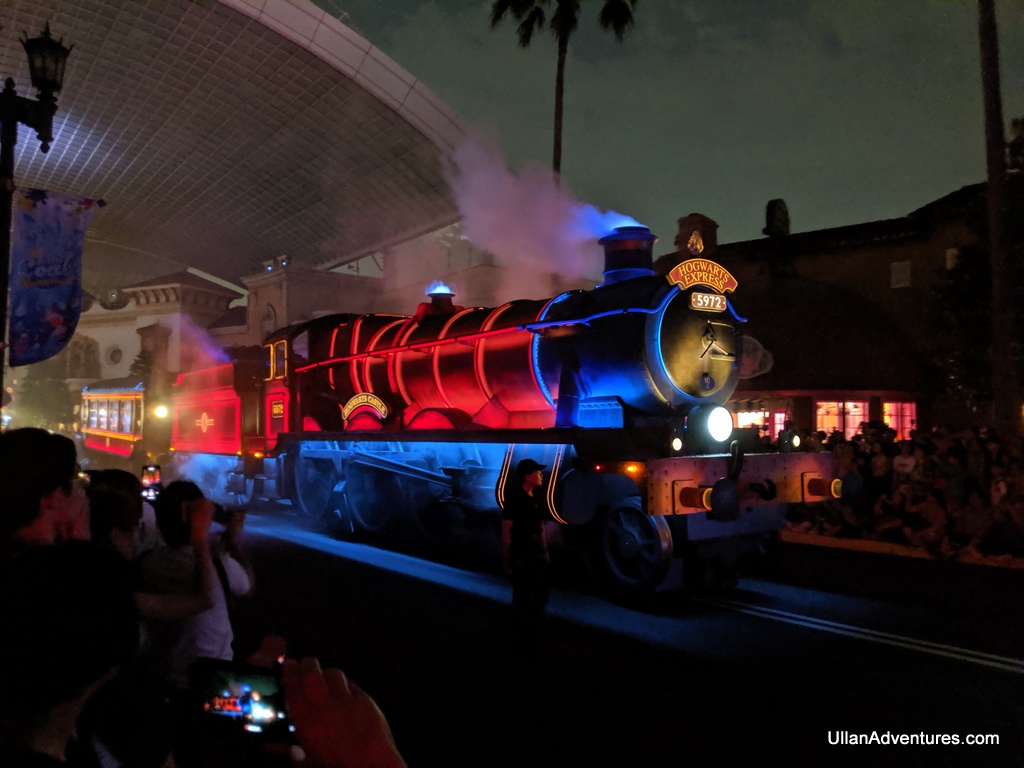 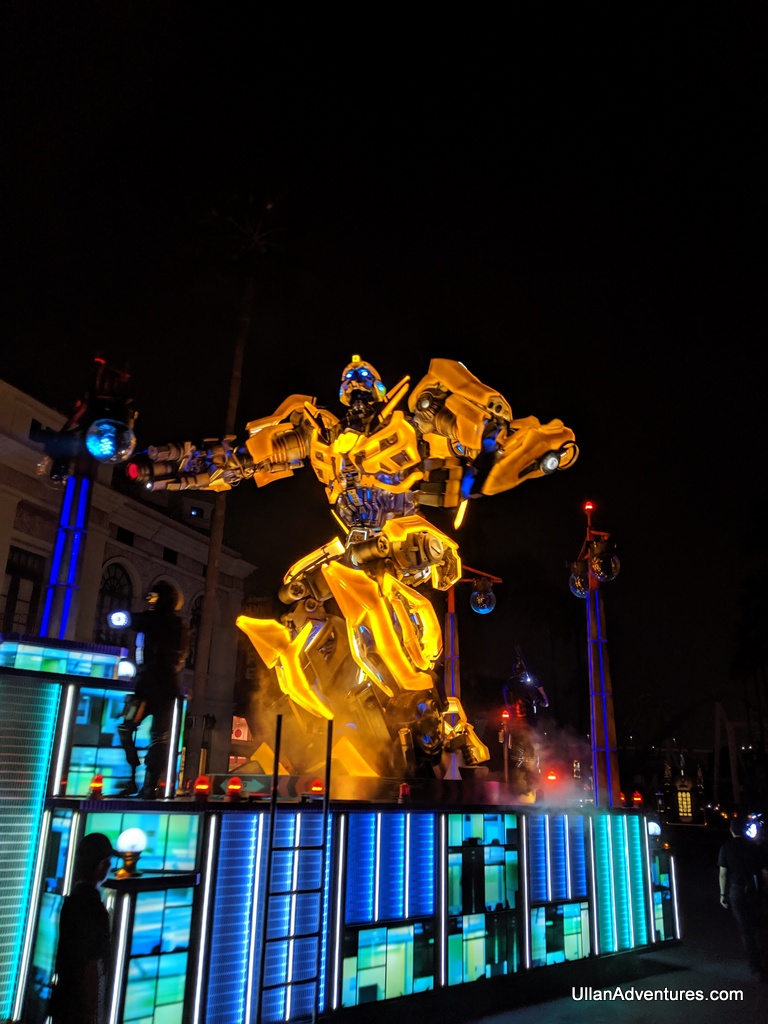 With the park now closed, we made our way back to the Dotonbori and got to see it all lit up at night. 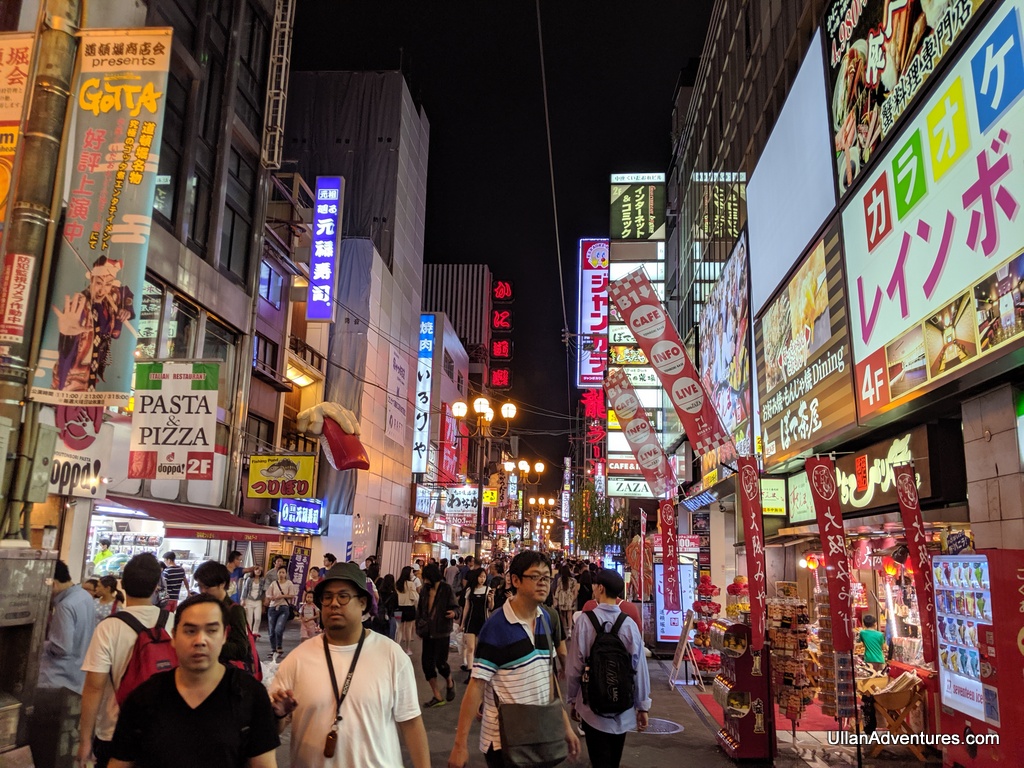 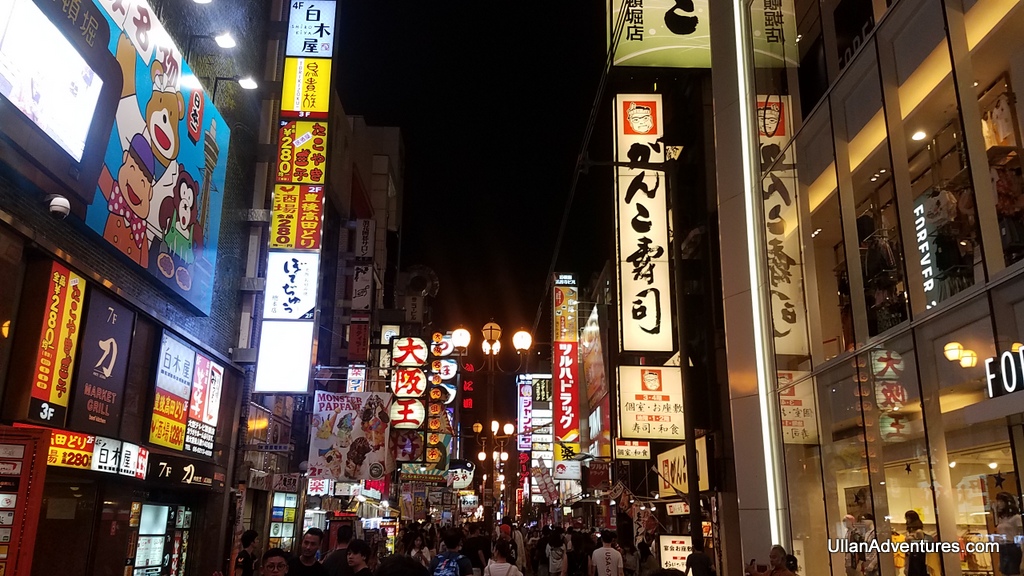 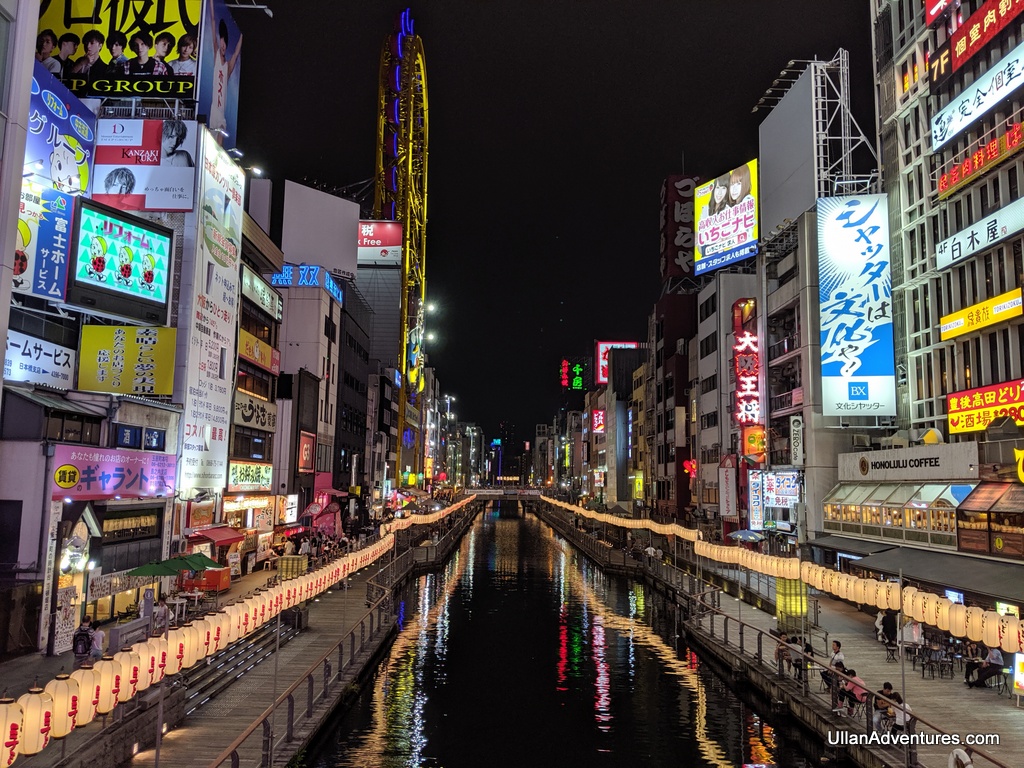 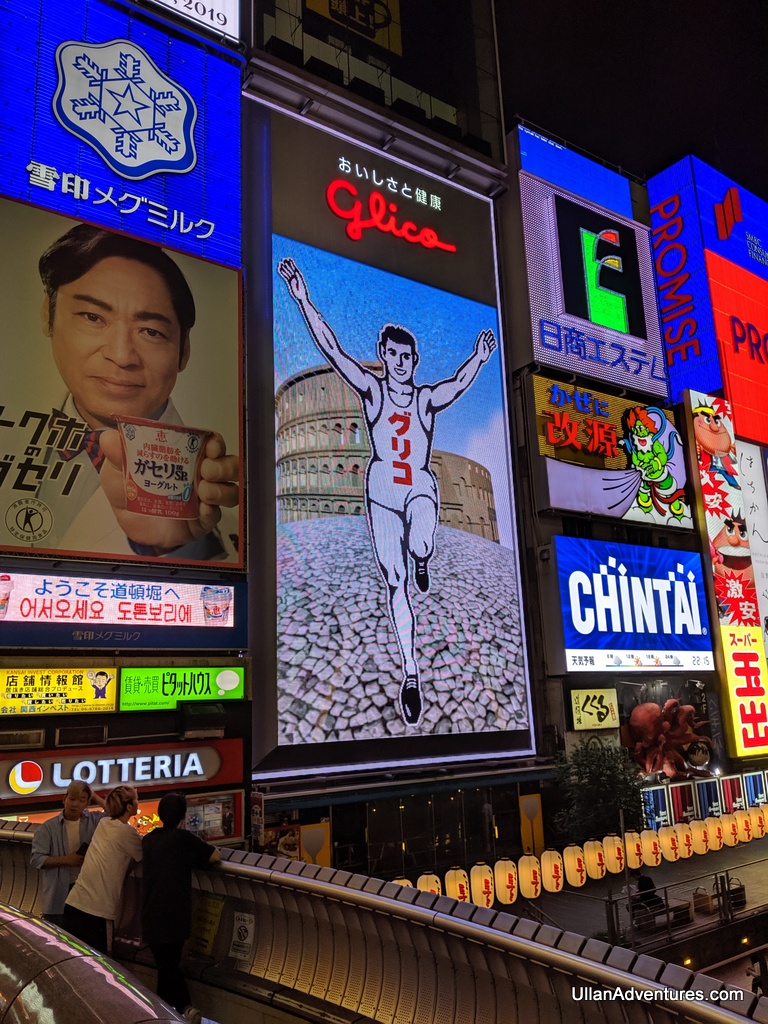 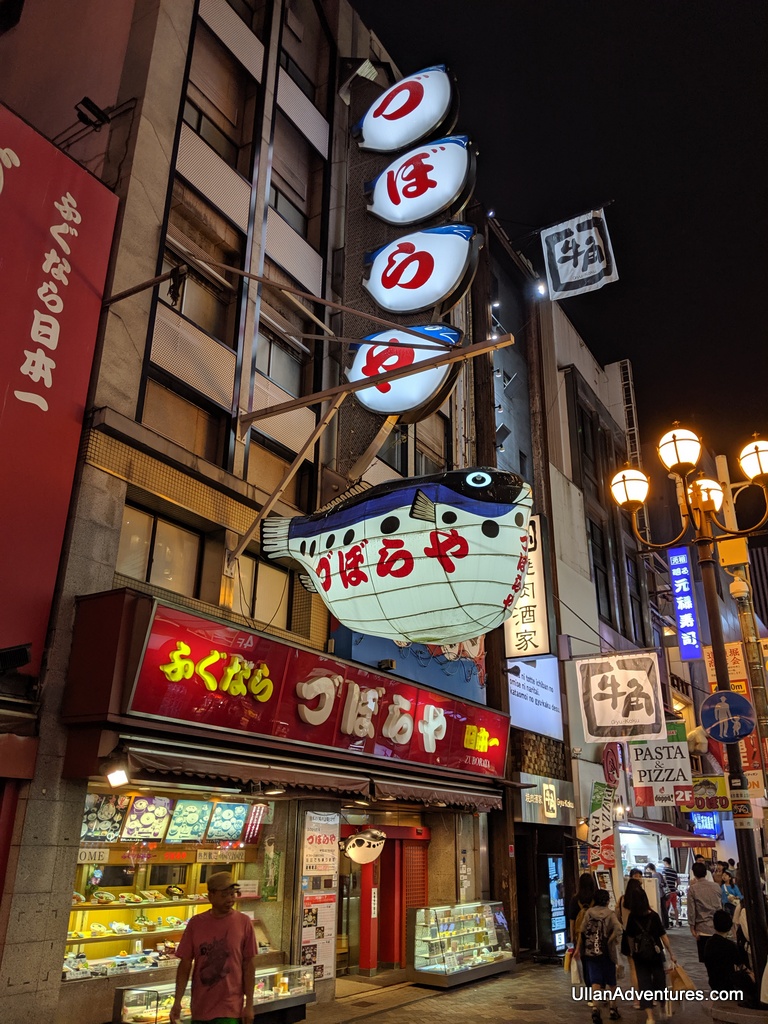 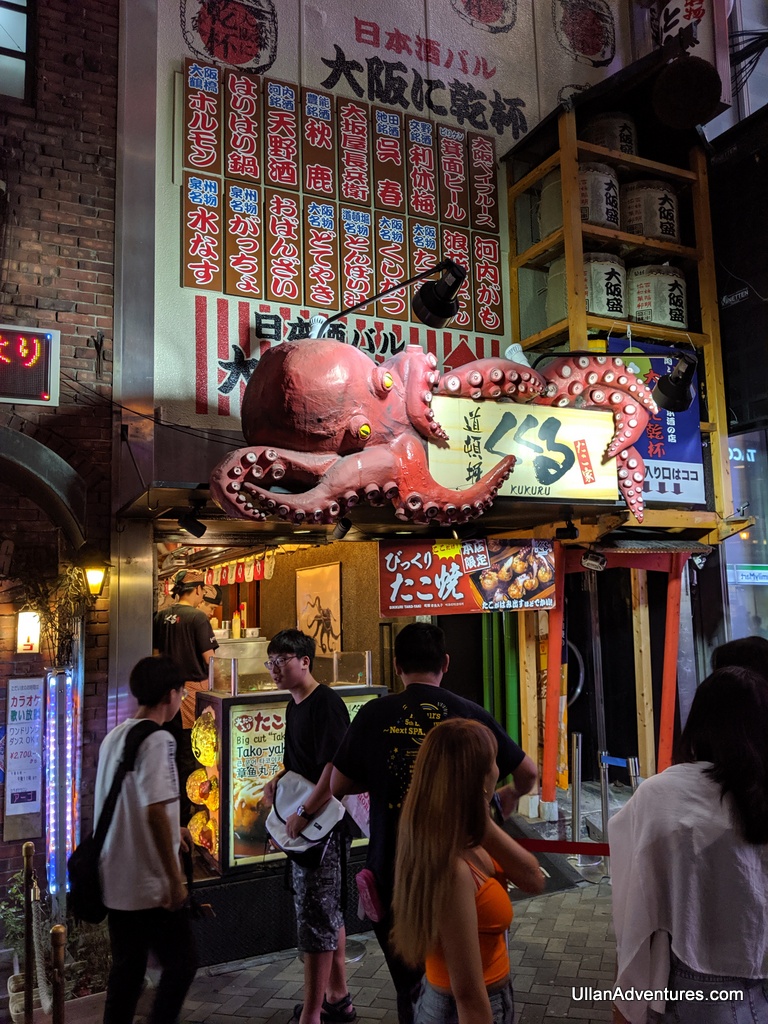 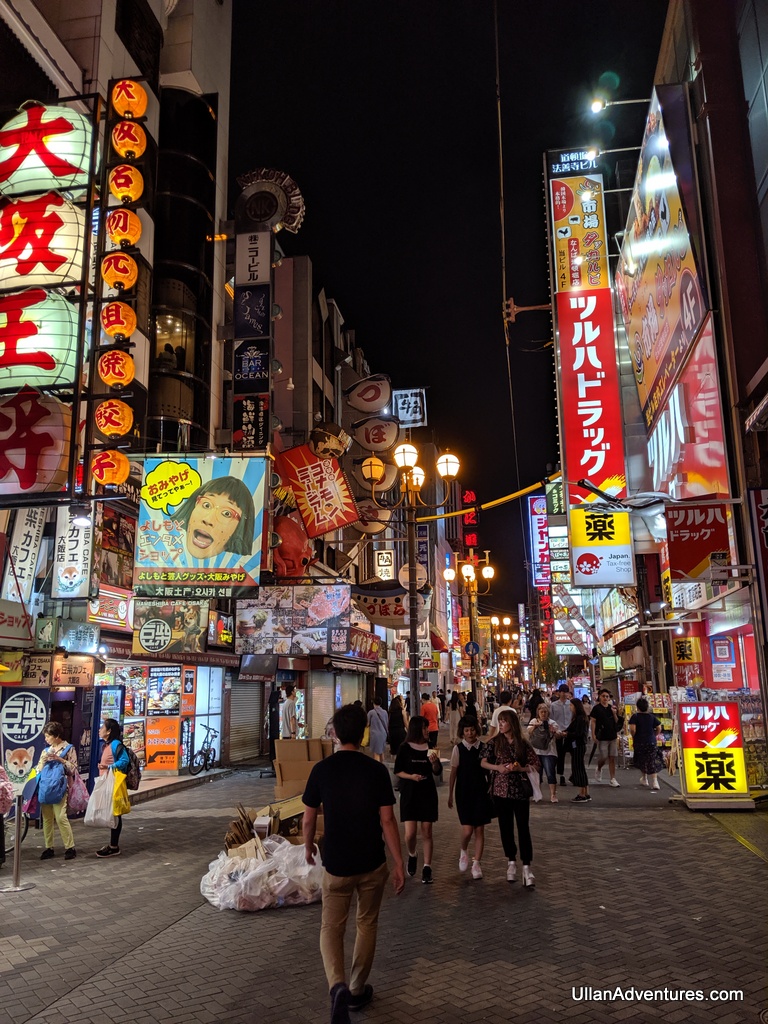 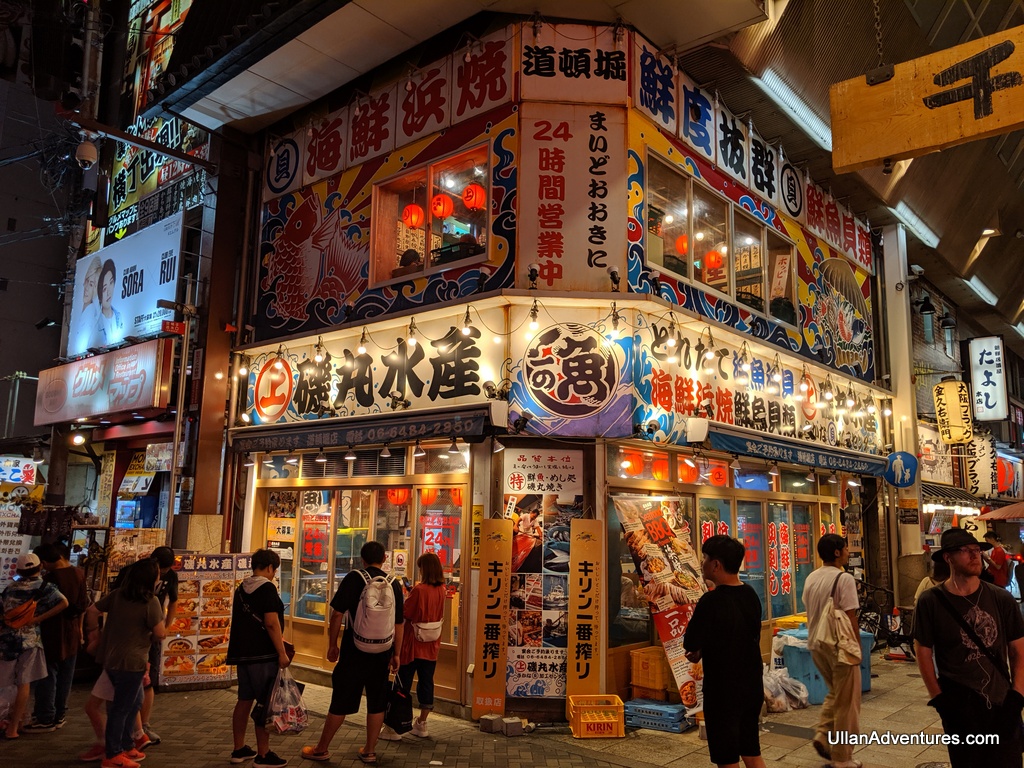 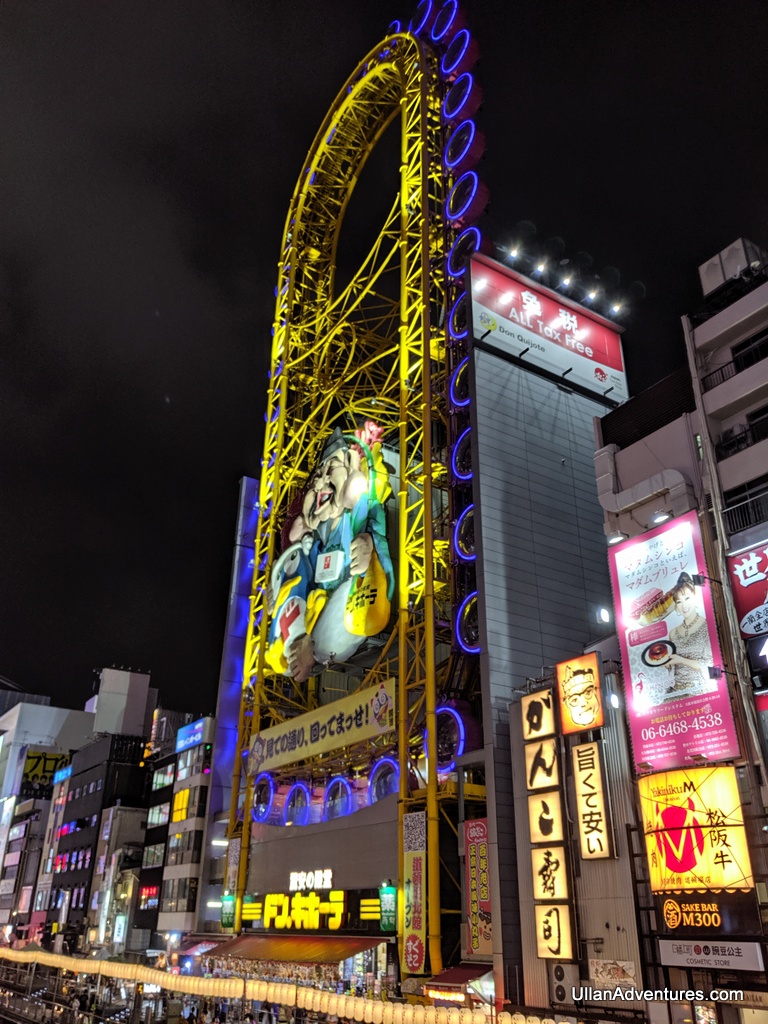 We dropped the exhausted kids back at the hotel to shower while Chuck and I went back out to explore the area more.  Unfortunately it was closing time and the stores were all shutting down, so we went back to the hotel too.

The next morning we had breakfast then headed to the airport for our trip to South Korea.

And that wraps up our time in Japan!

P.S. I noticed the manhole covers in Japan were really cool.  The ones in Osaka in particular were painted in addition to having neat artwork. 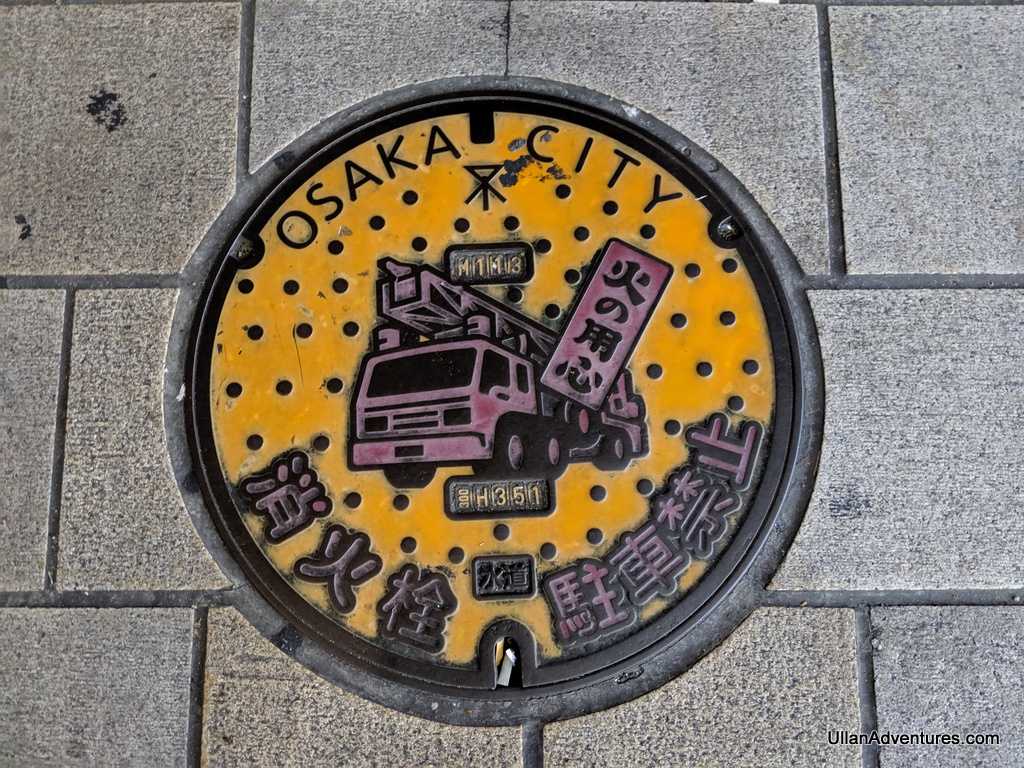