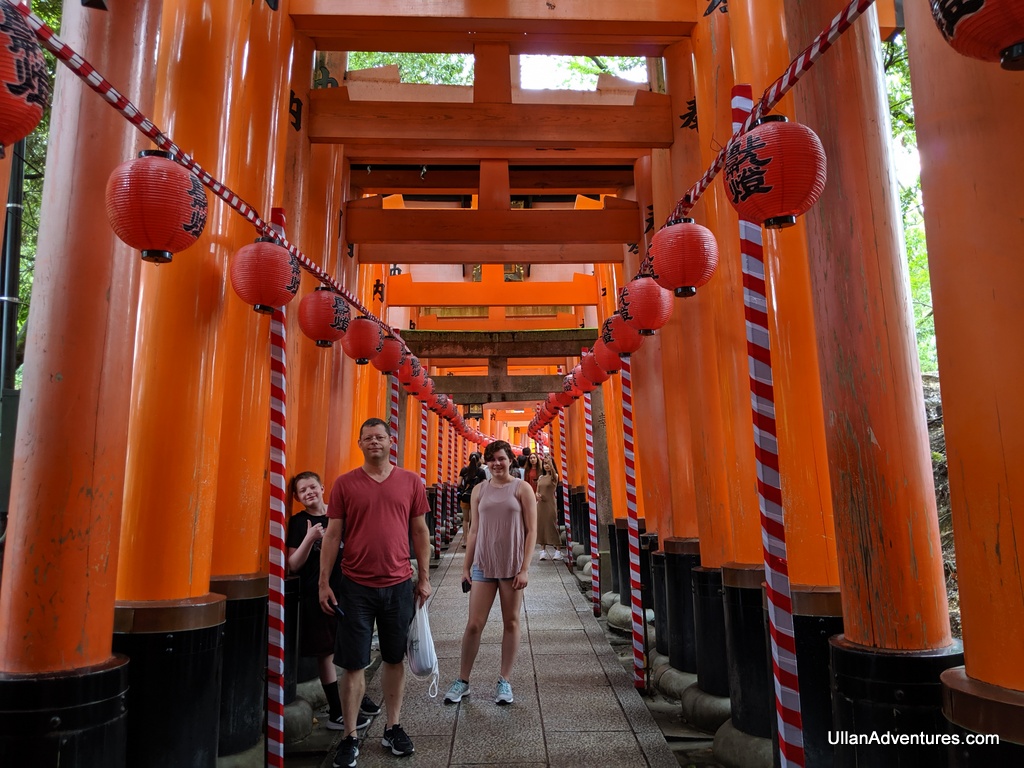 One of the most iconic pictures I see of people’s travels to Kyoto are of the Torii gates in Kyoto.  The Fushimi Inari-taisha shrine is considered Kyoto’s most important shrine.  It was founded in 711, but the main shrine wasn’t built until 1499.

The beginning of the shrine complex 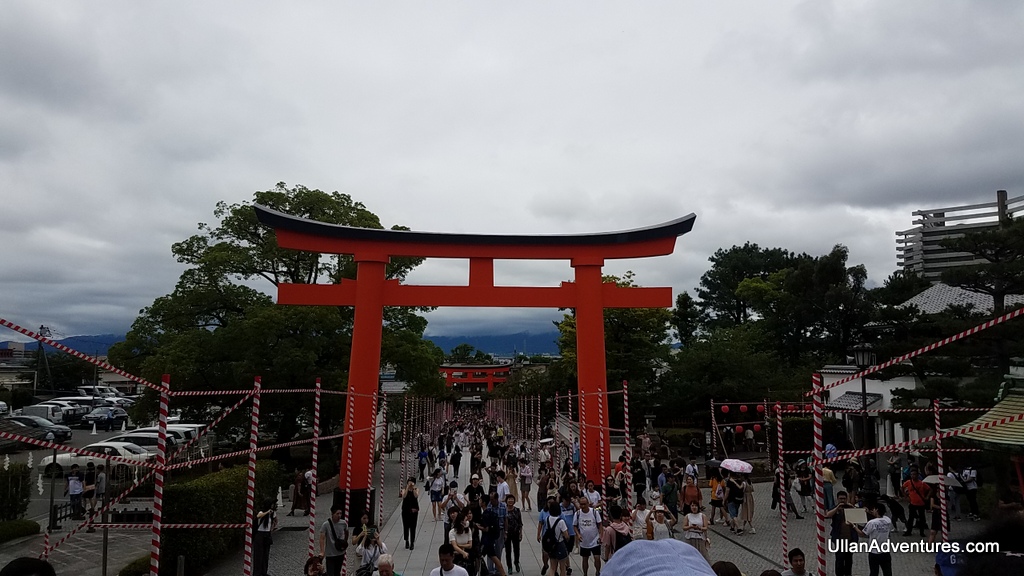 Walk up to the shrine 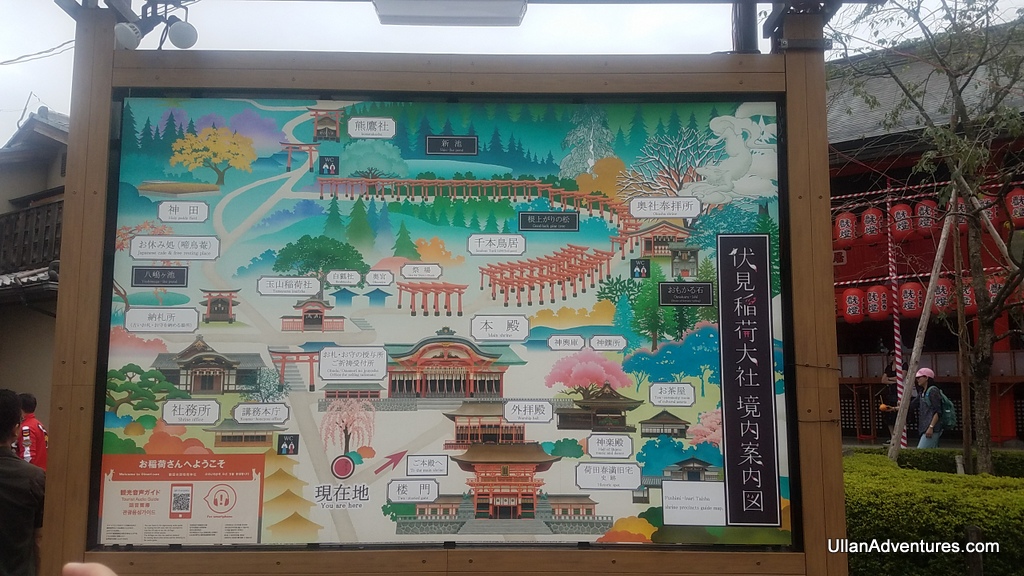 Map of the shrine and gates 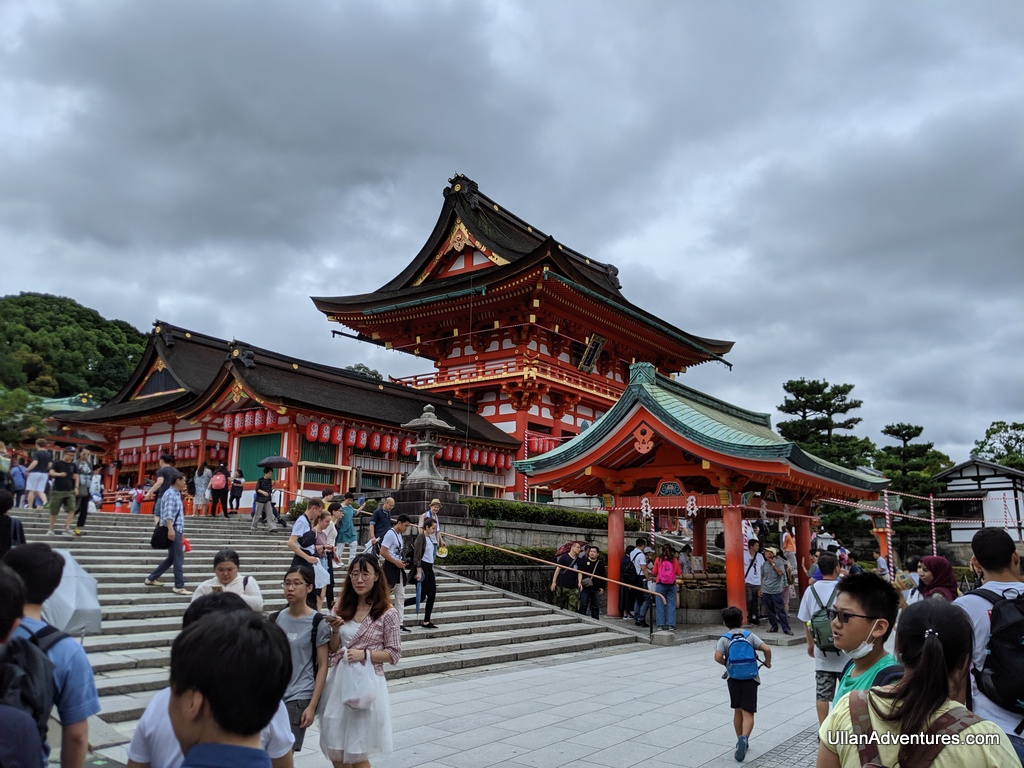 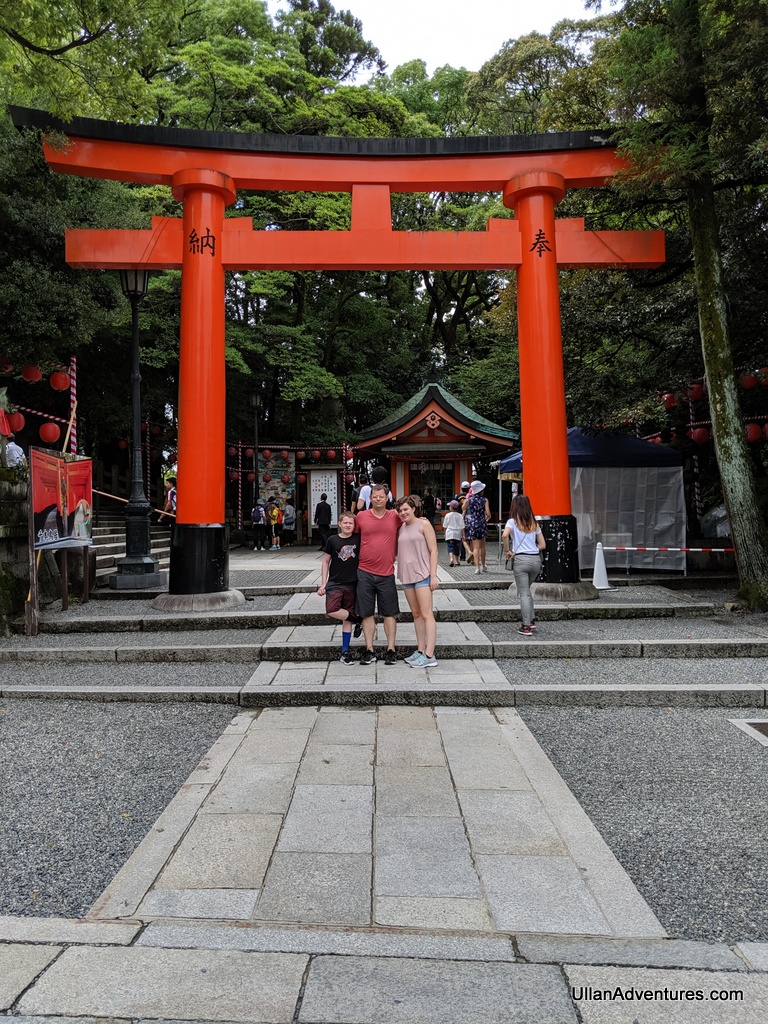 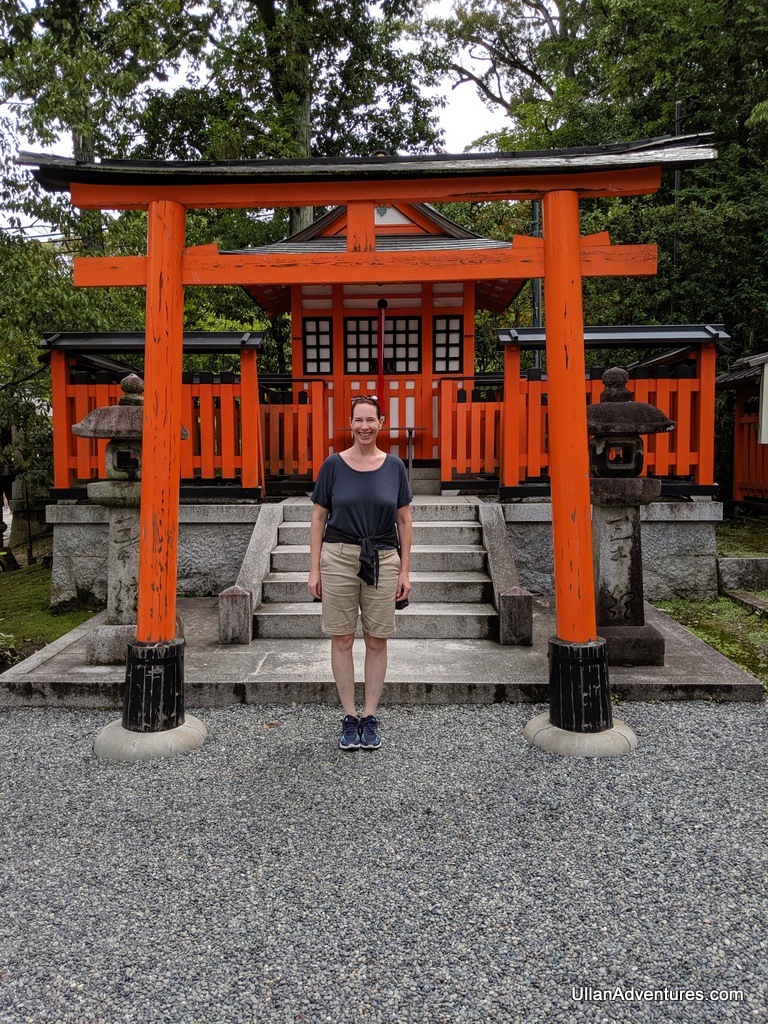 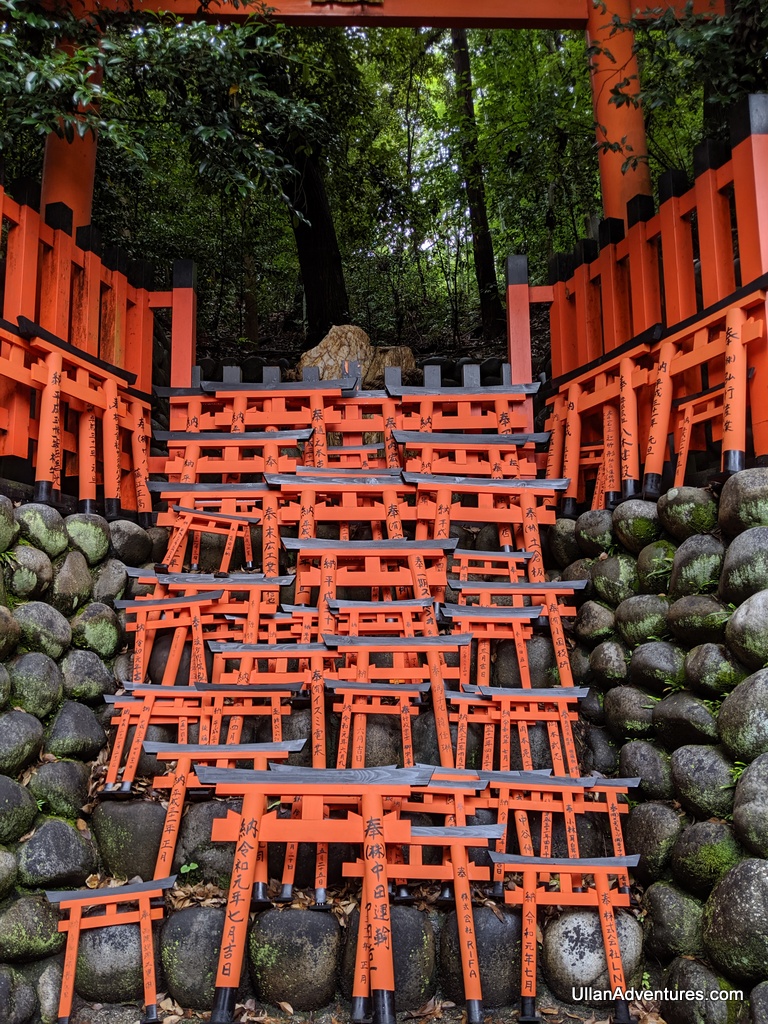 At the rear of the shrine are literally thousands of torii gates (I’ve read 10,000 gates!) that wind 4km up the mountain.  Each torii gate was donated in the hope of receiving good luck and fortune or to have a wish come true, and the name of the donor is written on the back of each gate.

We arrived around 10am and gave ourselves an hour and a half to see the shrine and walk through the gates before we had to leave for our 12pm ramen making class.  Apparently every other tourist in Kyoto had the exact same timing as the gates were mobbed.  However, as we walked up to other sections, we’d find moments where the crowd stopped for pictures behind us and we were able to appreciate the site and get some good pictures. 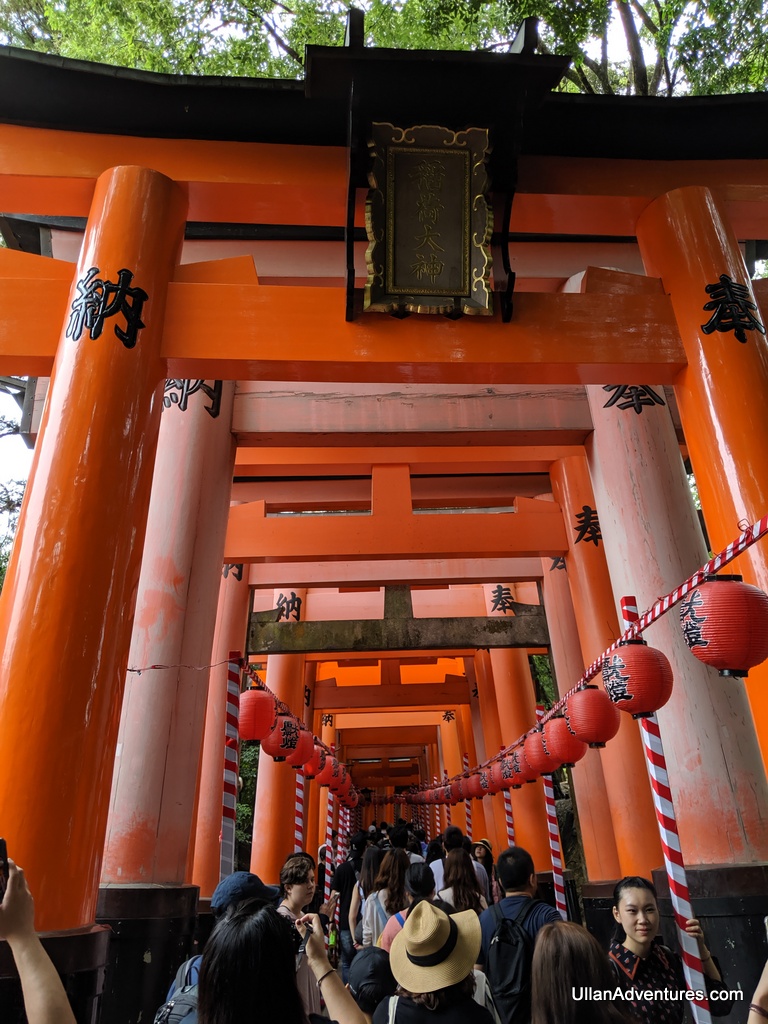 Entrance to the first torii gate section.  So crowded! 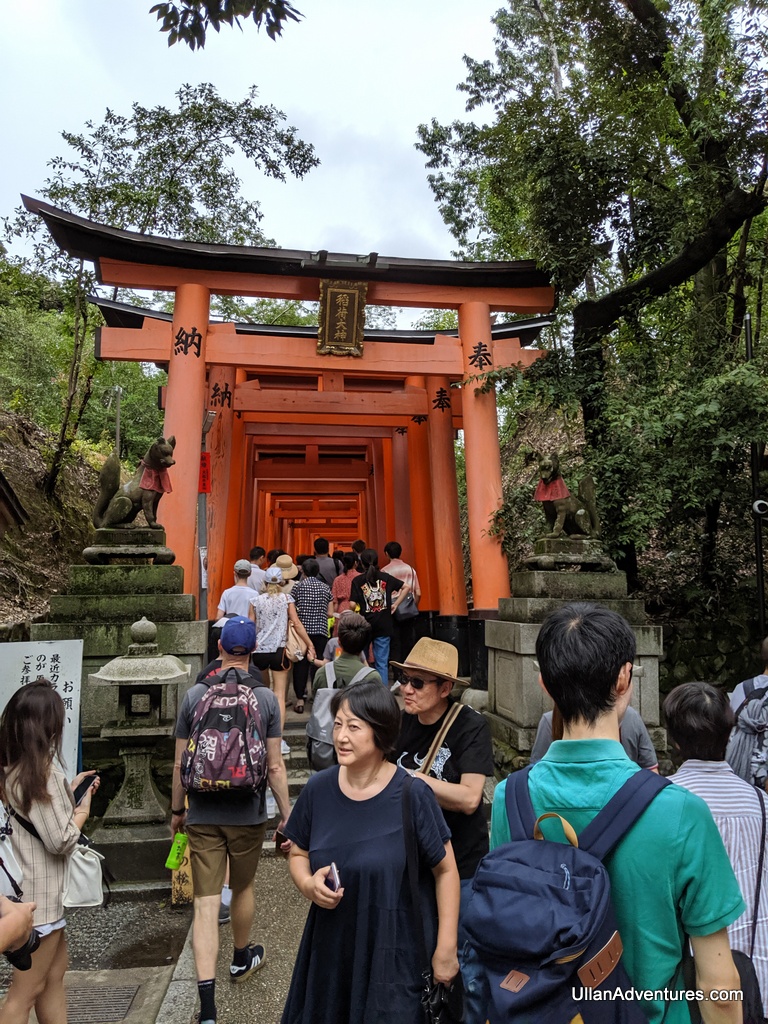 Entrance to another torii gate section 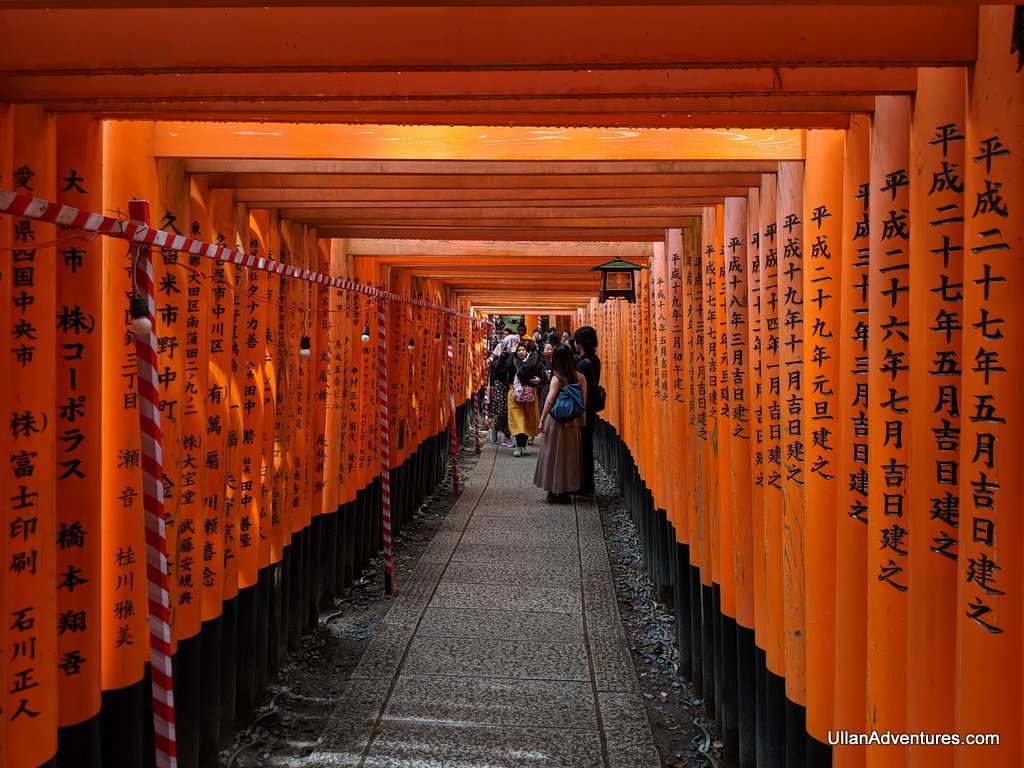 The kids and I walked up the main couple of sections, then decided we’d seen enough.  Chuck wanted to hike up further, so I led the kids down the mountain and we did some light browsing at the gift shops until Chuck returned. 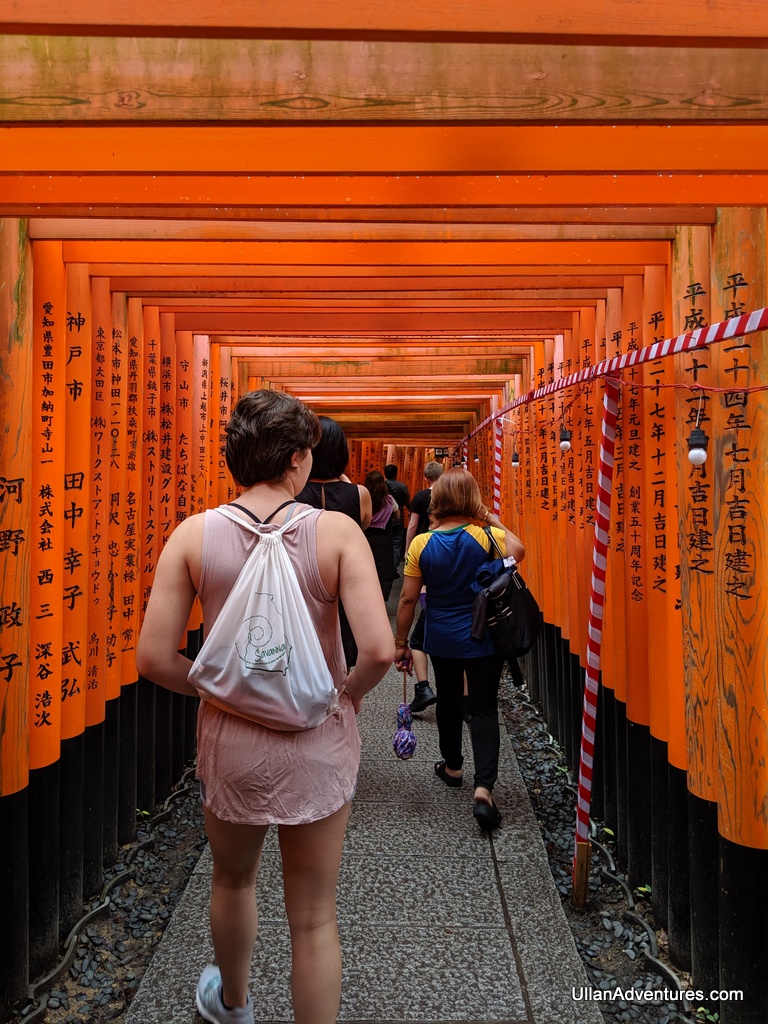 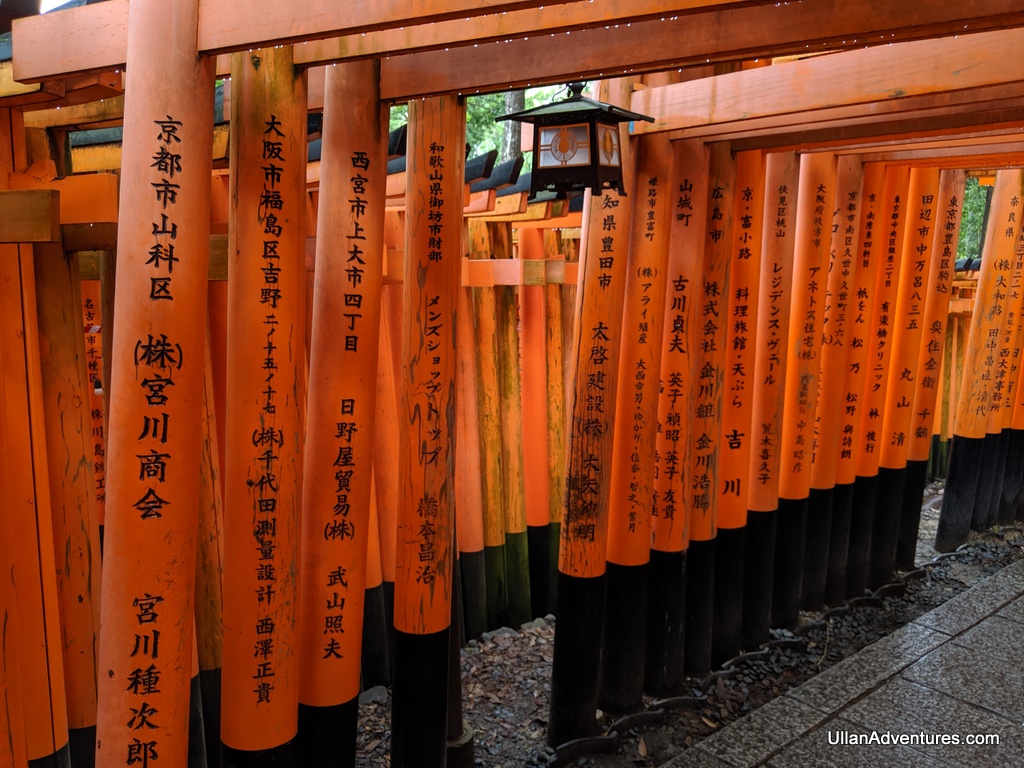 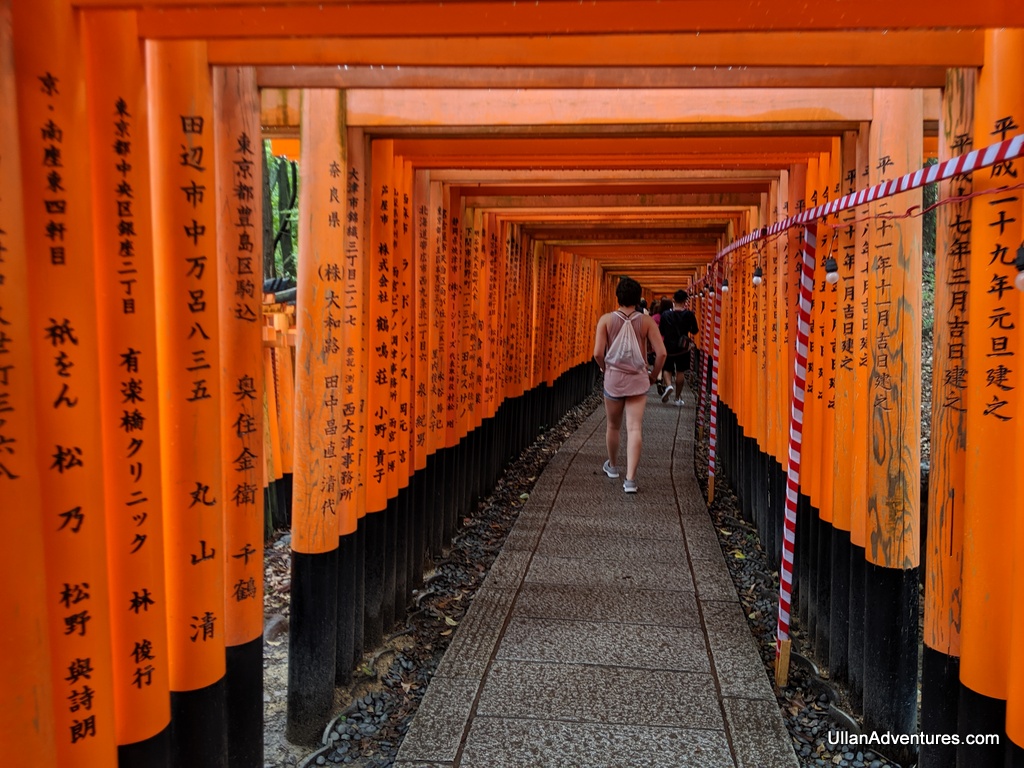 By leaving the gate path, we were able to enjoy the surrounding forest and even found a cute, little bridge over a stream. 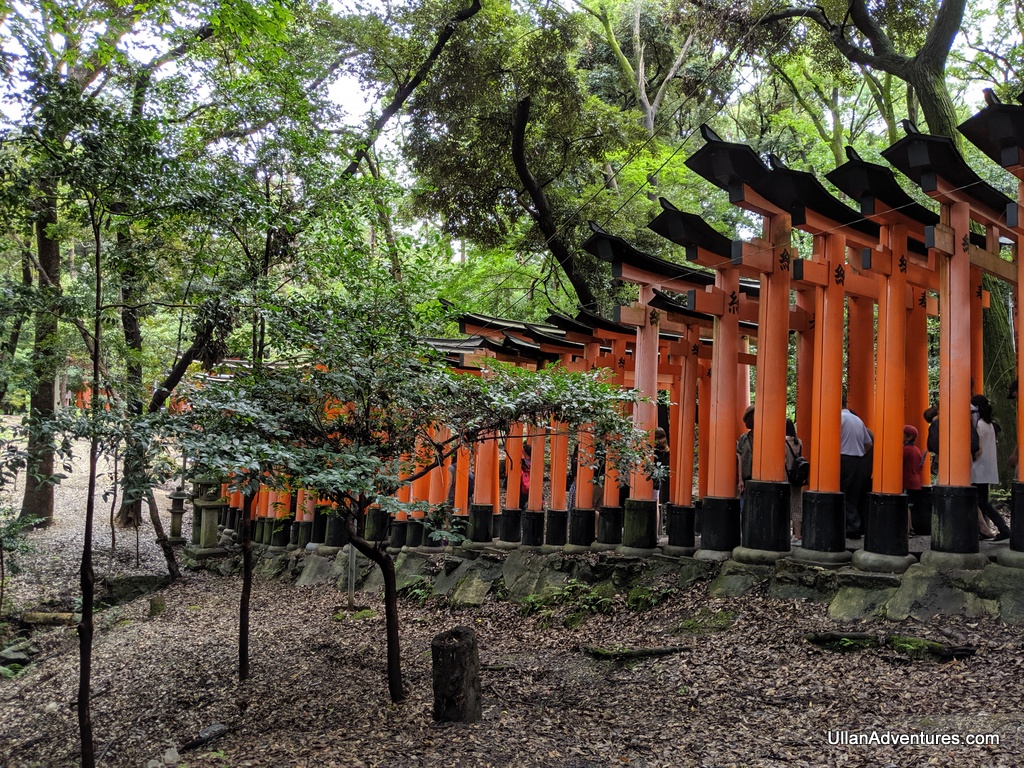 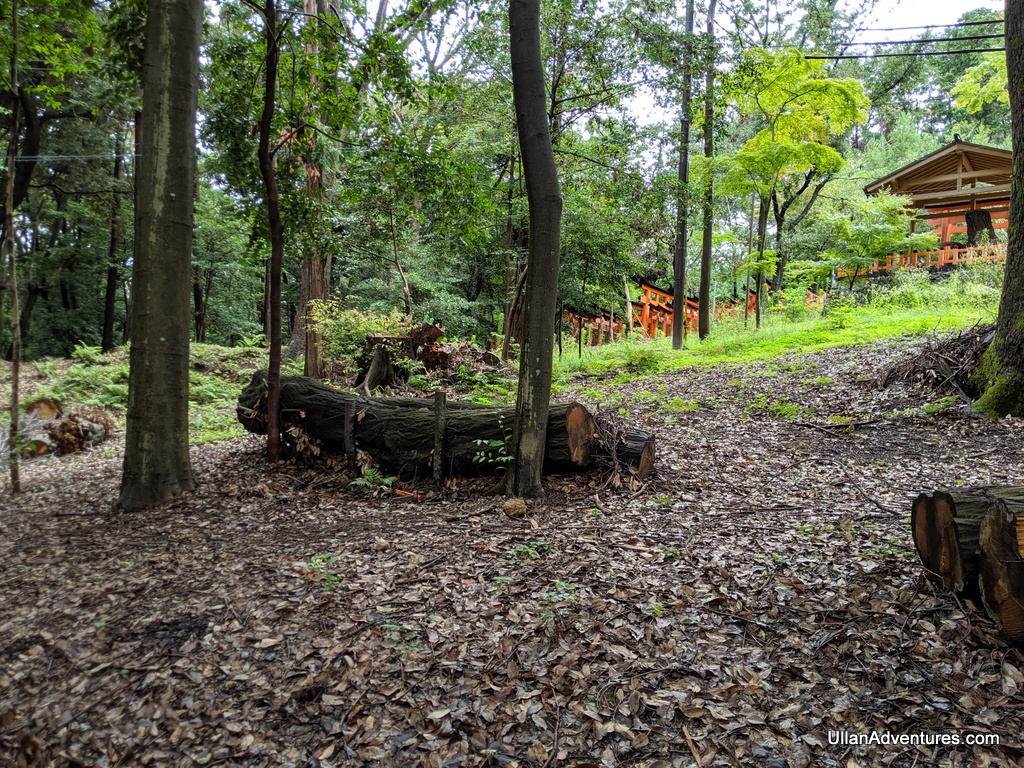 Gates set in the forest 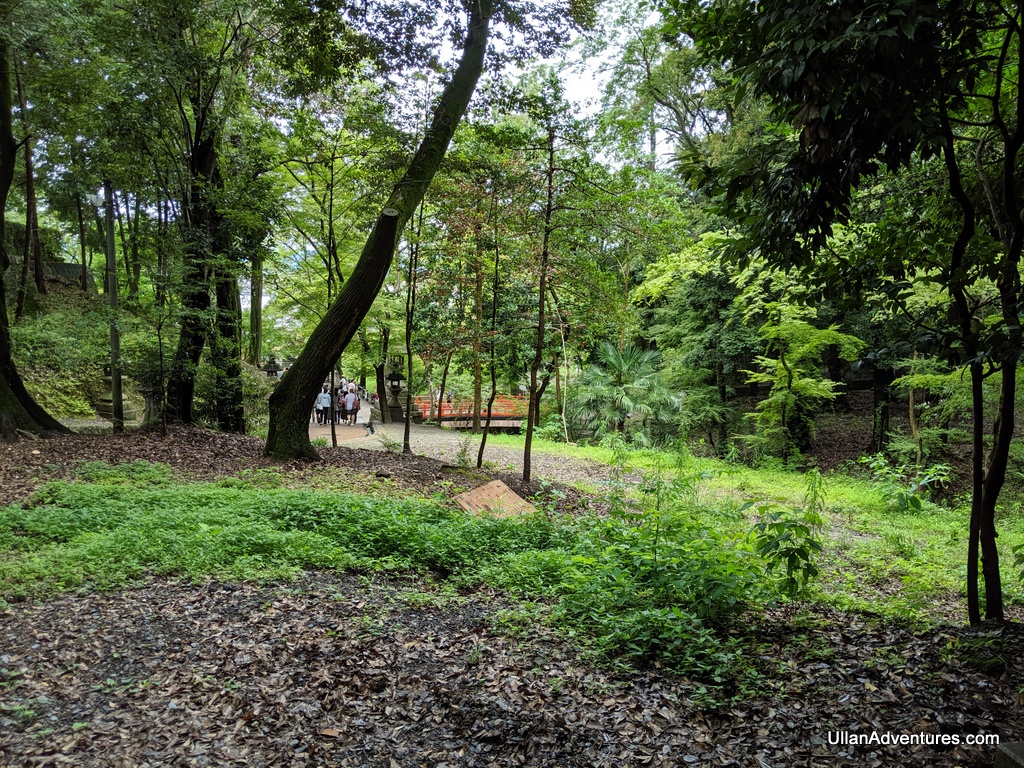 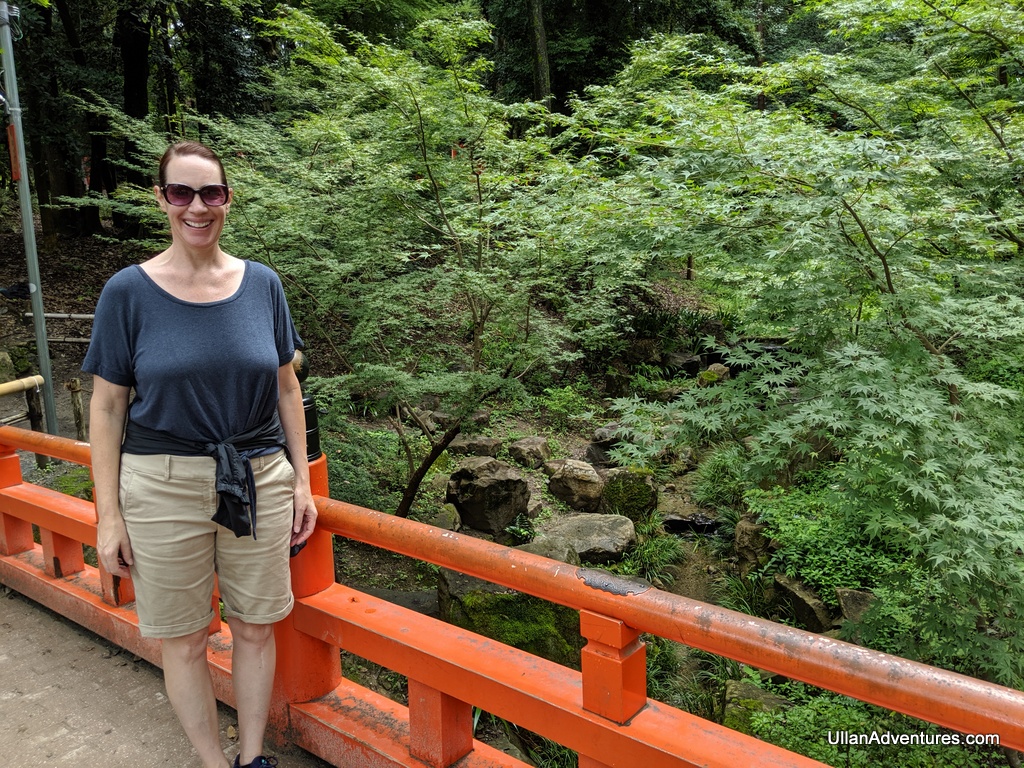 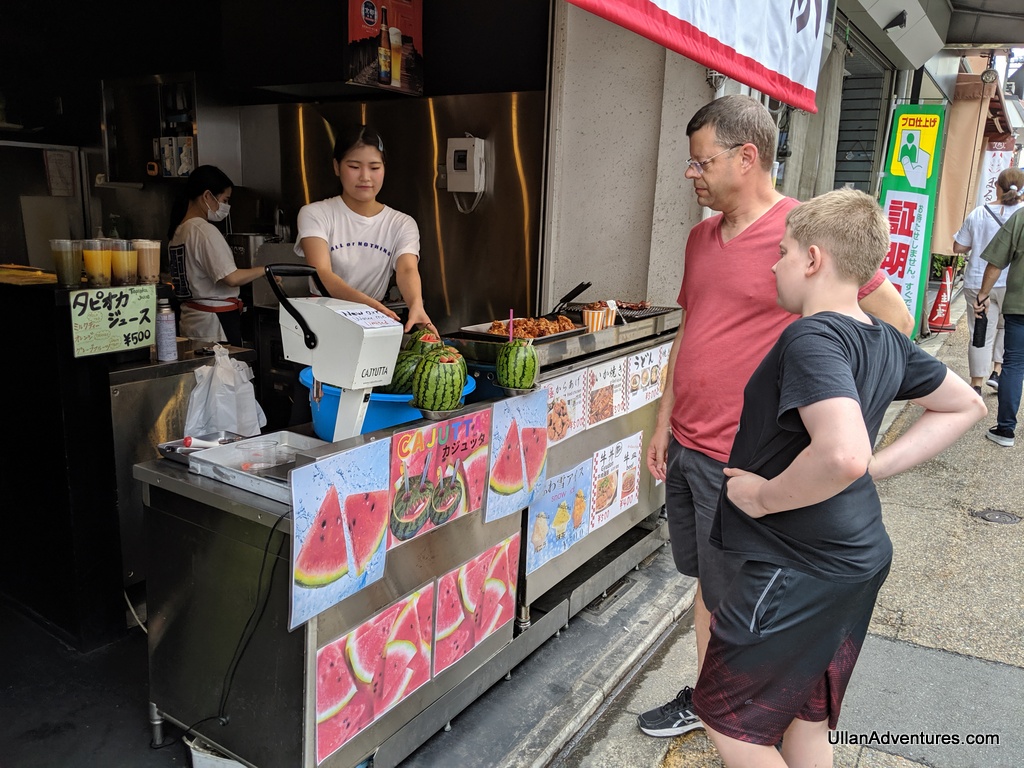 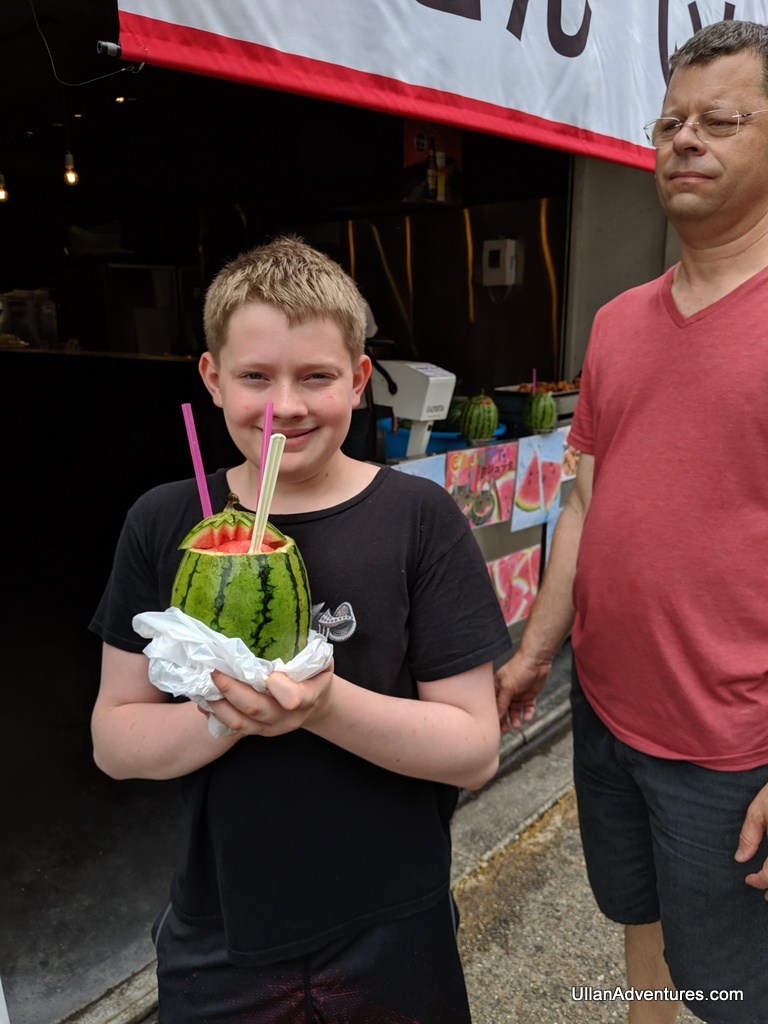