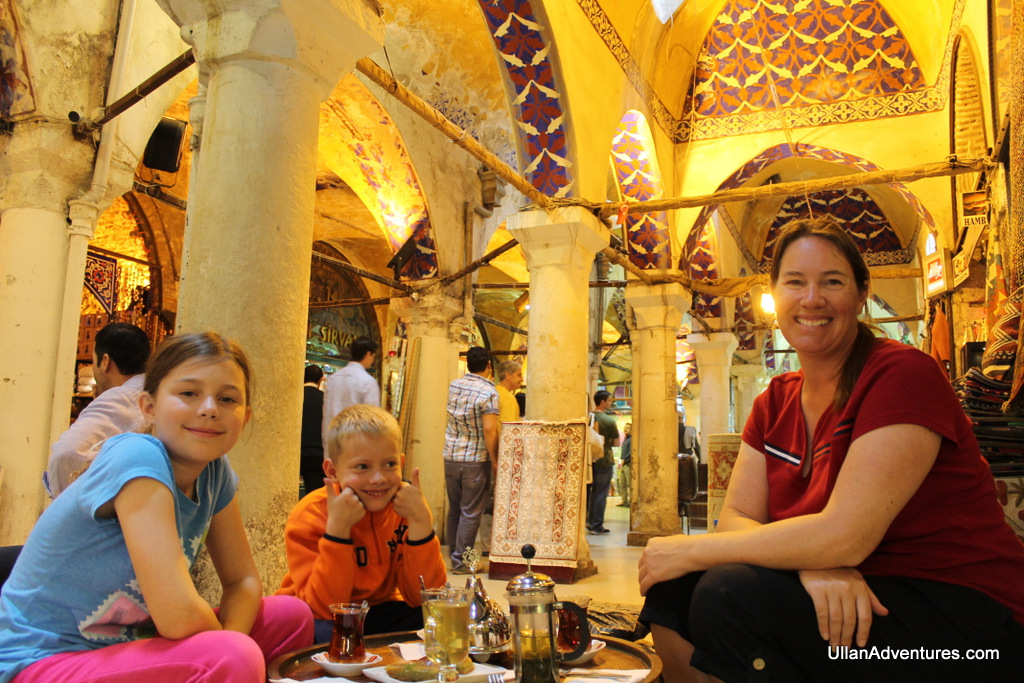 Enjoying apple, cinnamon and mint tea plus treats in the Grand Bazaar

One of the things all of us were most looking forward to in Istanbul was visiting and shopping in the Grand Bazaar.  So much so, that we went to visit it as soon as we arrived in Istanbul.  Maybe it’s because we’d been to Marrakech just a couple of months before and we’d been in Turkey for a month, but we found it a little disappointing.  Don’t get me wrong, it’s still neat to see.  And the history and scale of it is pretty cool.

But at the end of the day, it came off like a gigantic tourist-only market selling only touristy things.  Sure there are cool lamps and beautiful tea sets, rugs and scarves, silver and jewelry.  But it didn’t feel or look authentic and there wasn’t nearly as much stuff I was dying to buy as I expected.

That said, we did wander through it at least 3 times.  And Mara did buy an awesome pair of “Turkish slippers” – unfortunately the picture came out very fuzzy. 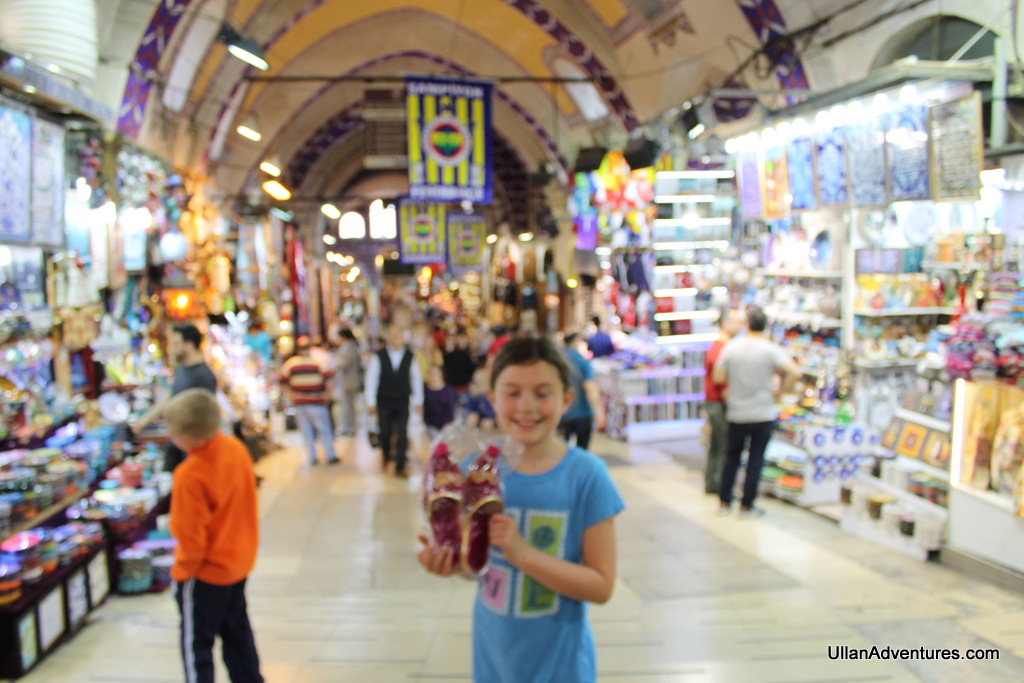 Fuzzy picture of Mara and her fun slippers

One thing we did enjoy was the free samples of Turkish Delight from the various shops. 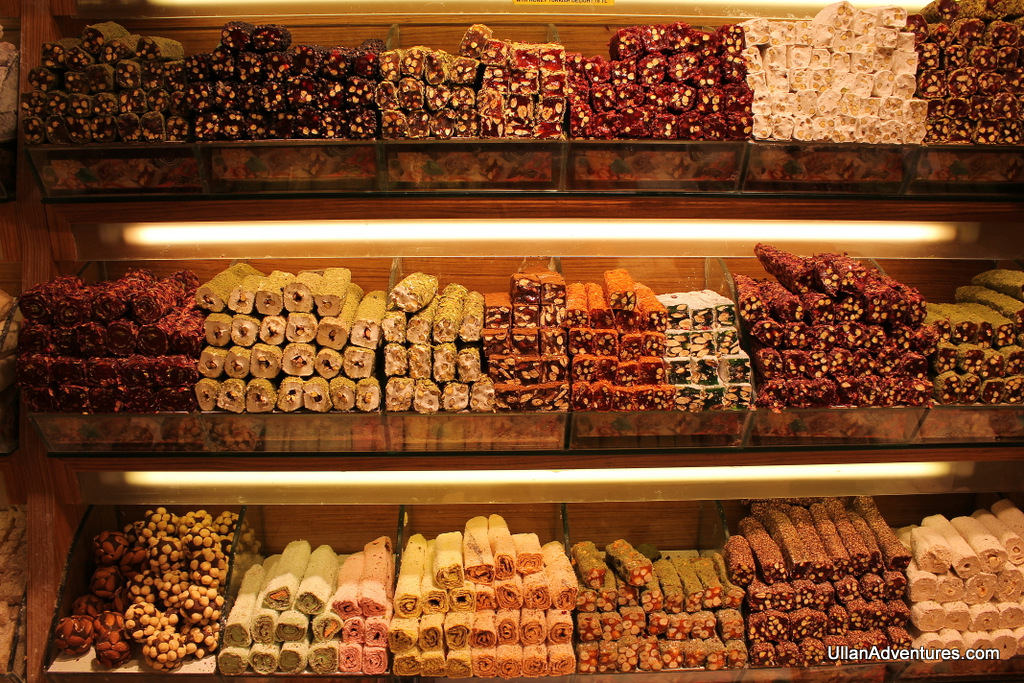 The whole wall was full of various flavors of Turkish Delight

We so enjoyed having tea and treats at this little stall that we went back twice.  We ordered 3 teas: Beck got the apple tea, Mara got the cinnamon tea and Chuck and I split a mint tea.  They were all delicious and we bought some tea from a stand afterwards to bring back to the States with us. 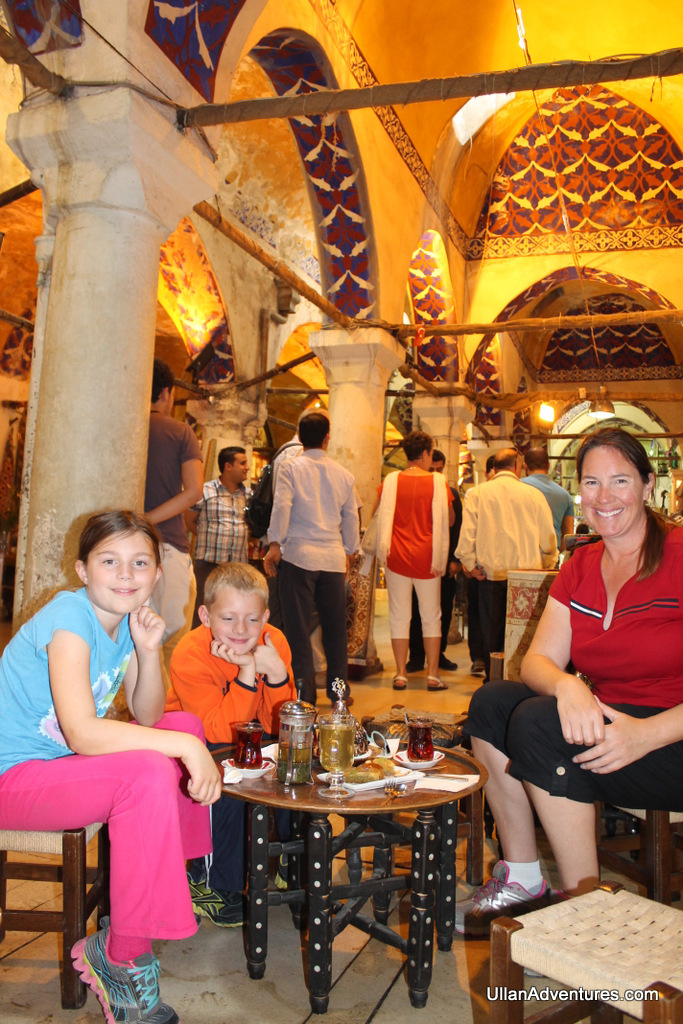 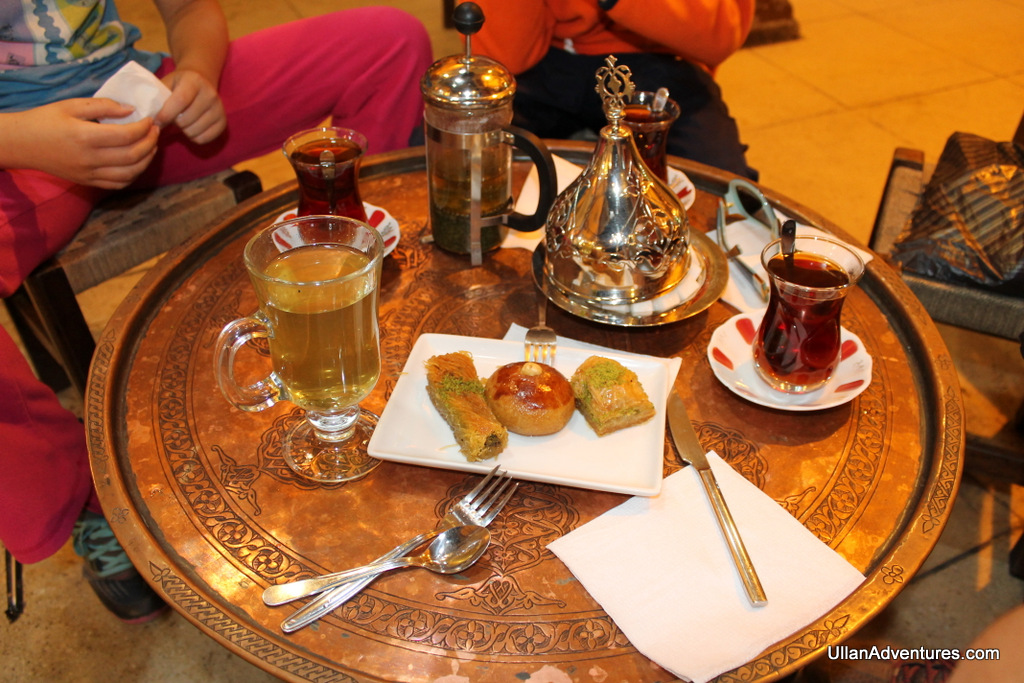 Aside from Mara’s slippers and the tea, the kids each bought a keychain for their keychain collection and I bought myself a little “Genie lamp”.  Overall it was much easier on our wallet than we were expecting.

Here are some pictures of the Grand Bazaar: 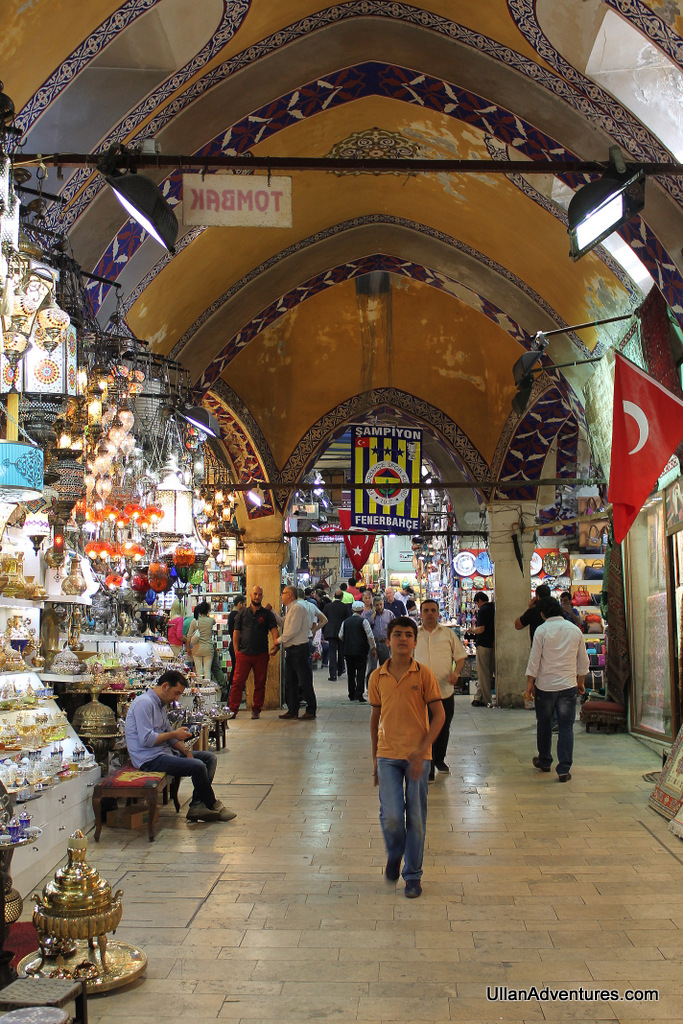 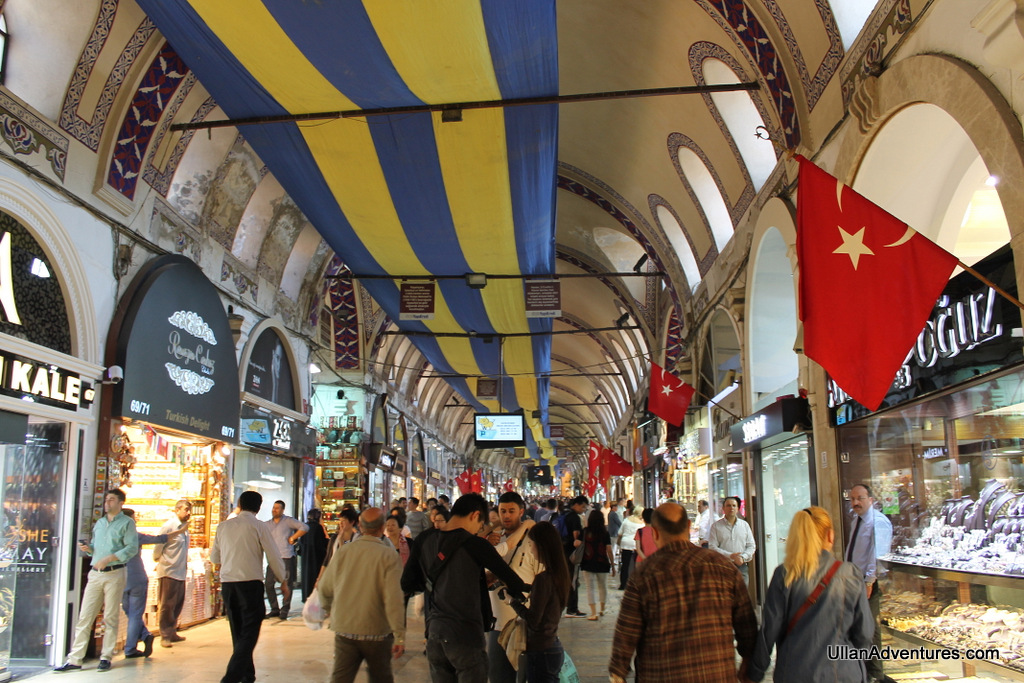 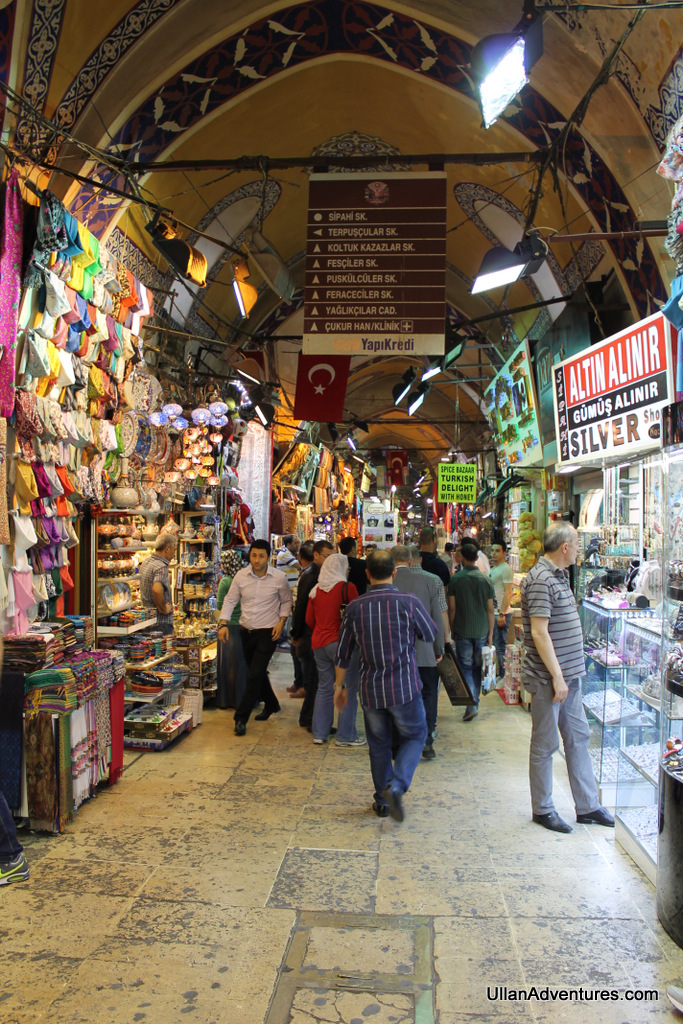 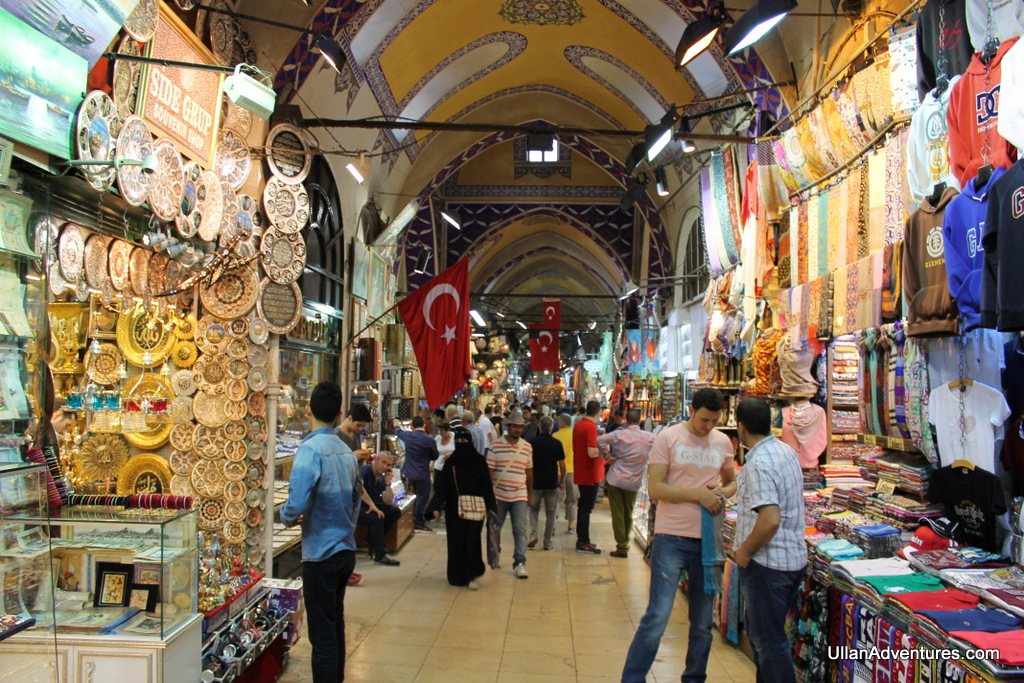 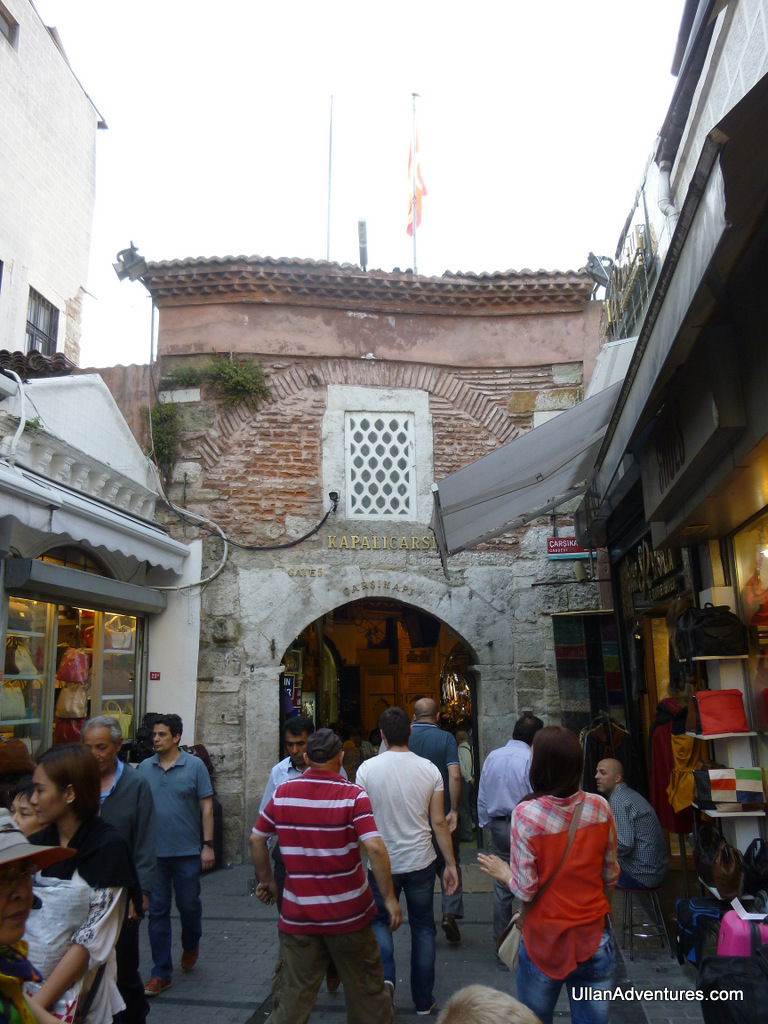 The entrance from the street

Here are some pictures of the various items for sale: 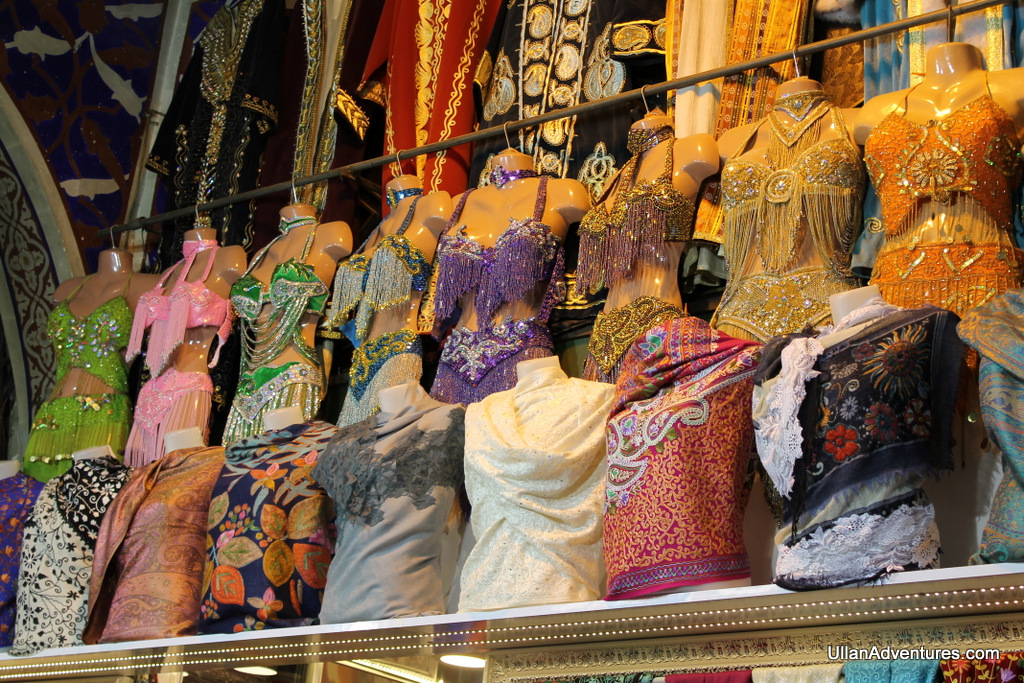 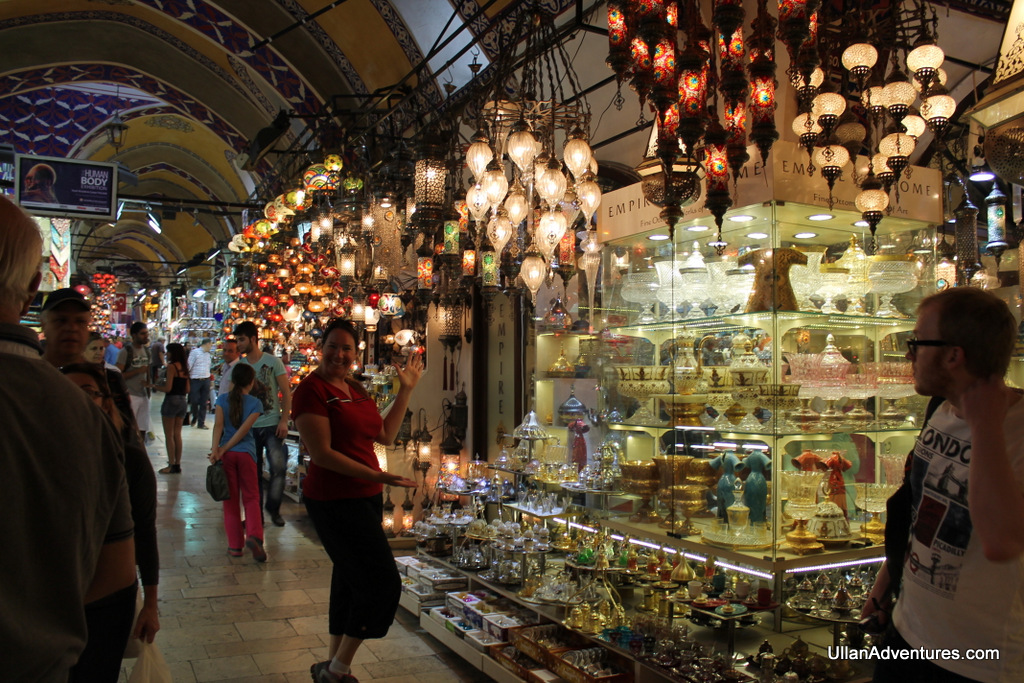 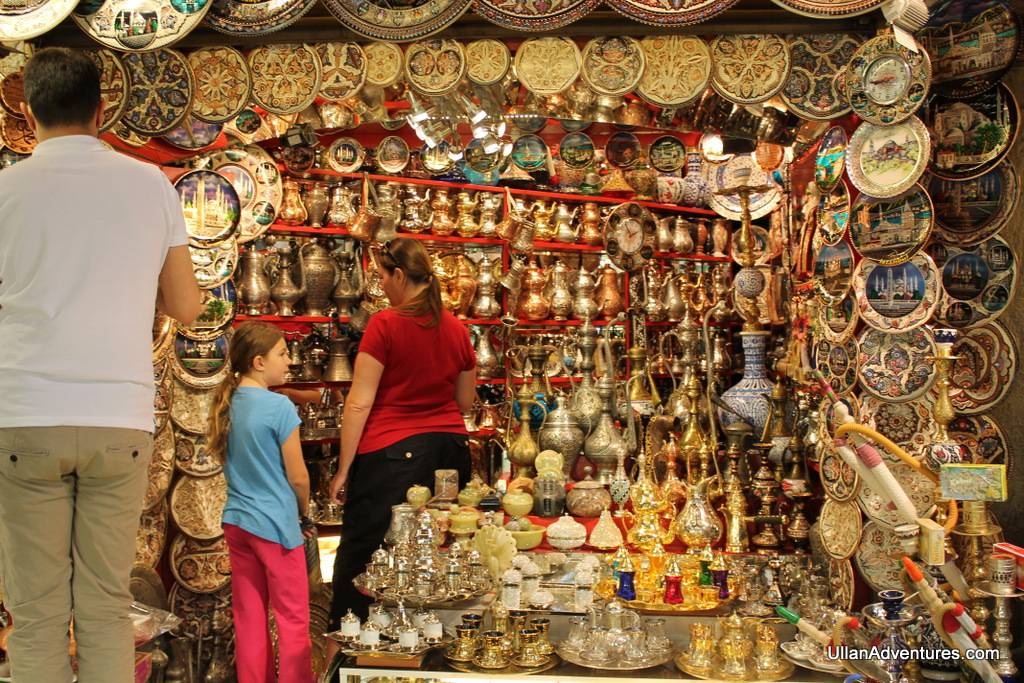 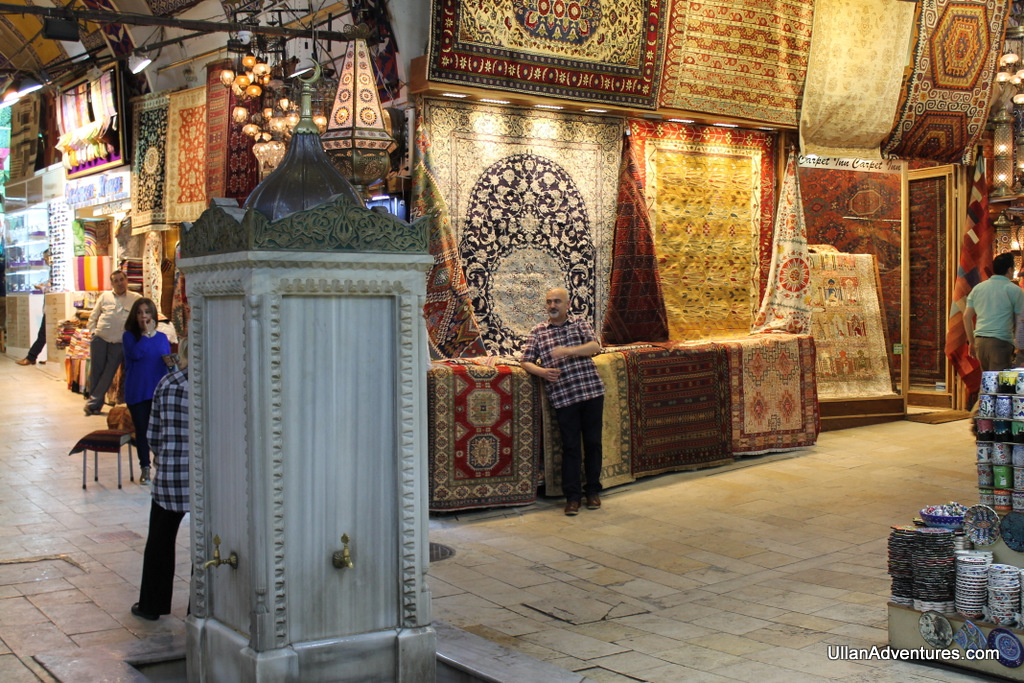