It shouldn’t come as a big shock that they don’t celebrate Halloween in Thailand.  Sure there are the few bars that have a dress up party for adults but that’s about it.

I did hear about one mooban (neighborhood) that was doing a trick or treat but I didn’t feel right about going there and taking their candy.

Luckily, a couple of weeks before Halloween, I heard about this Halloween party being hosted at a kid’s club nearby called the Leo Club.  This was their first year and it sounded perfect – dress up, party with other kids, trick or treating, food and more!

We decided the kids would be human bats as the amount of items needed and effort required was low (I still can’t find where to buy many things and lack even basic supplies such as needles and thread and other craft supplies).  It was adorable watching the kids run around the party flapping their wings! 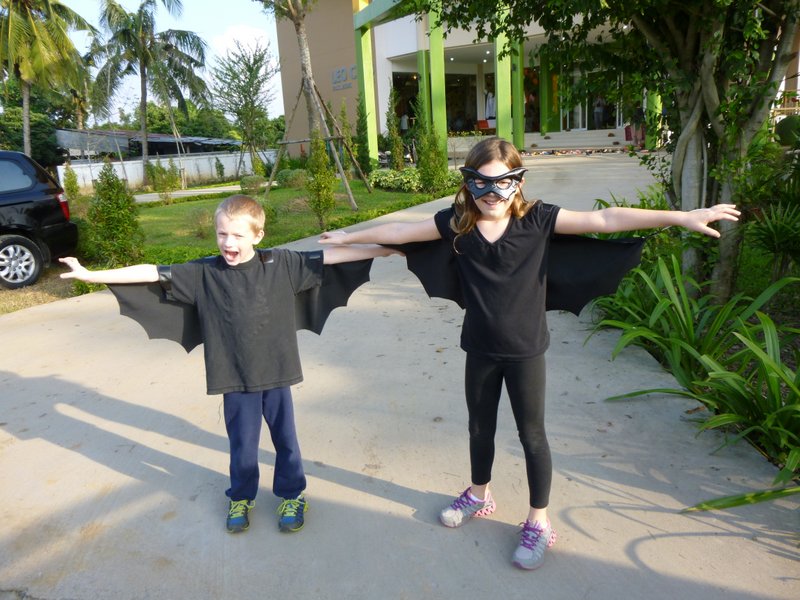 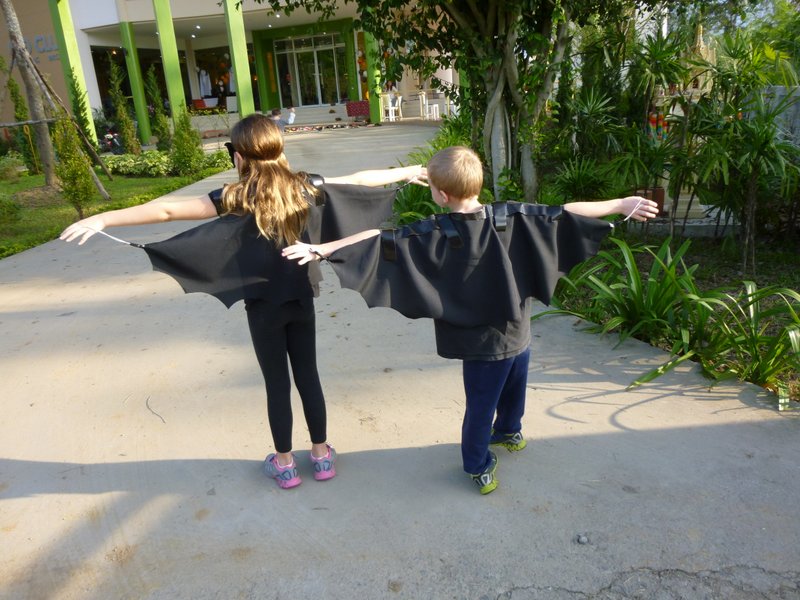 The event wasn’t quite as cool as I expected but the kids had a BLAST! They had pumpkin bowling, ring the witch’s hat and more.  And it helped that our friends were there too! 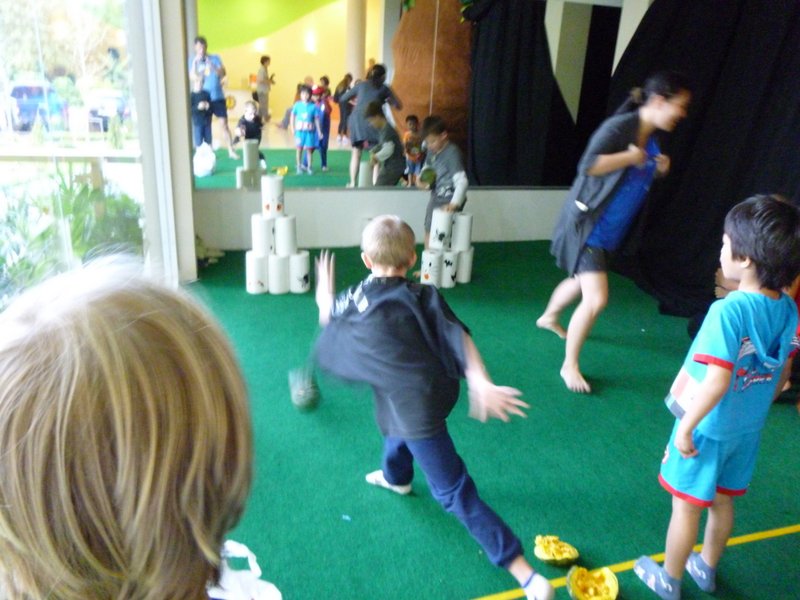 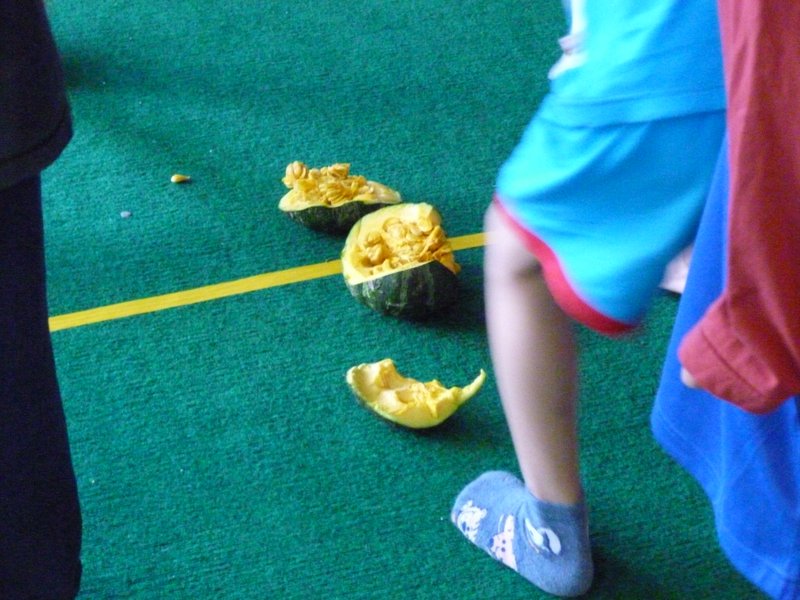 However, the trick or treating consisted of 3 people standing there with a bowl of candy.  And there was not a single piece of chocolate to be found!  Seriously, what is Halloween without chocolate, chocolate and more chocolate?  There weren’t even any desserts.  So my dreams of a chocolate infested glutinous day were left without a single treat.  Fun for the kids.  Less fun for me after they went to bed and there wasn’t anything to pillage.

Once we came home, Chuck had the kids trick or treat at our house over and over as well.

Aside from the lack of delectable candy, the kids had a great holiday and I was so happy they didn’t have to miss out.

As for me, I found some chocolate lava cake 2 days later and all was right with the world! 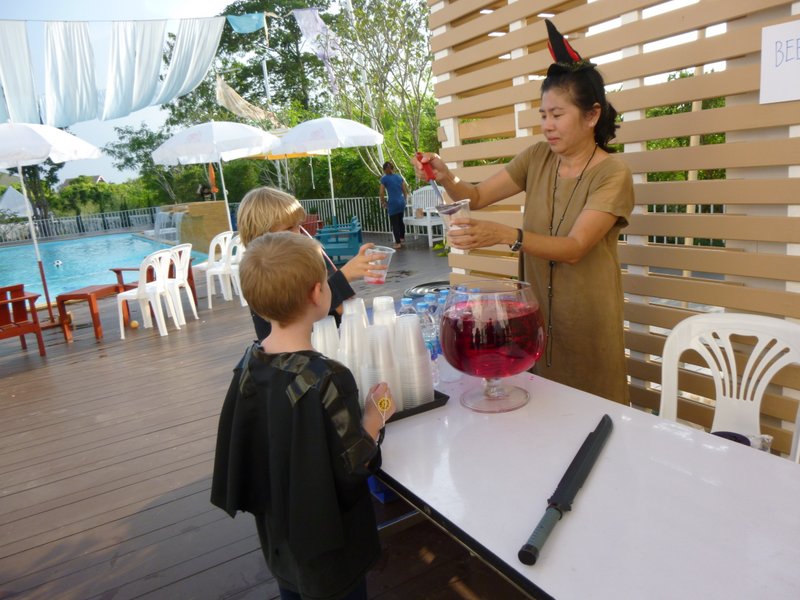 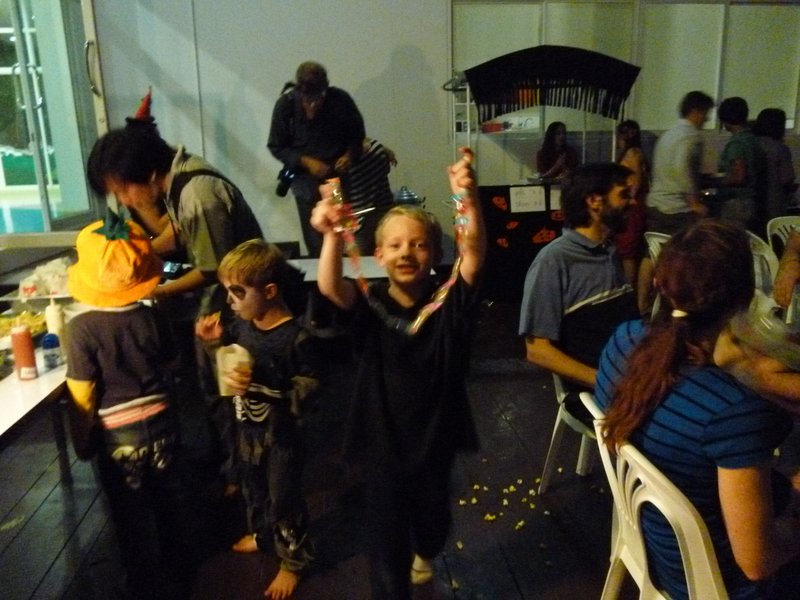 Beck picked one gummy candy which came attached to 11 other gummies. Score! 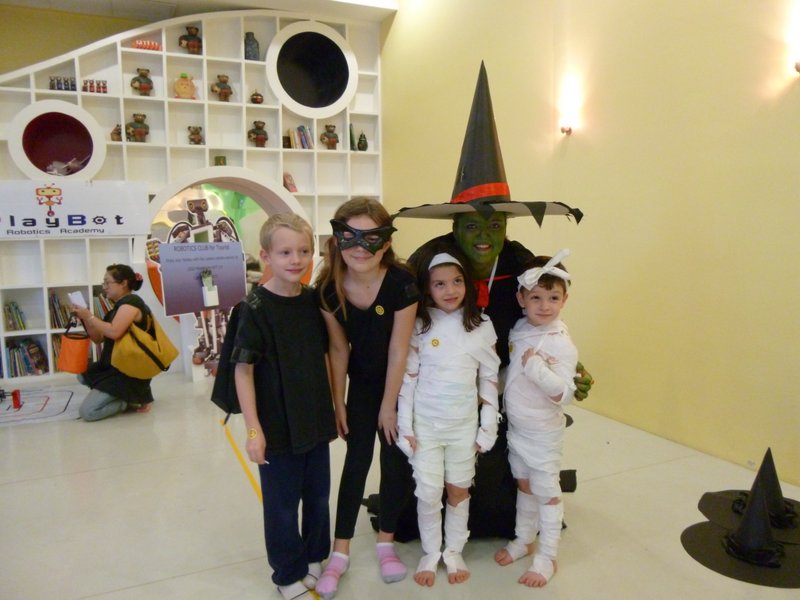