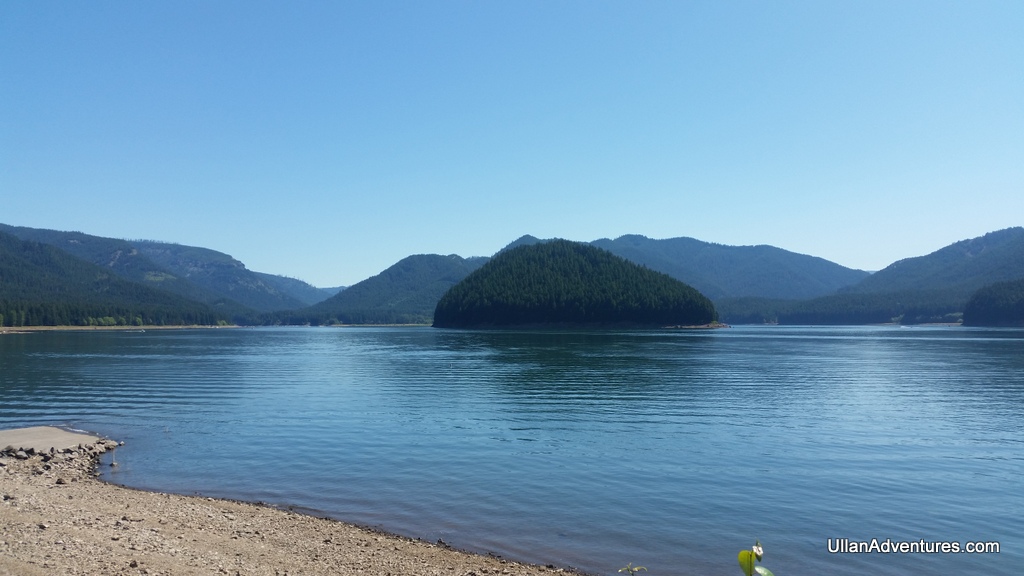 They say they best way to have a boat is to know someone who owns a boat.  We took advantage of that during our Oregon trip by taking my brother Dave’s boat out a couple times.

When we stayed on the Oregon coast, we took the boat out onto the Siletz River to do some crabbing.  Mara didn’t want to go but Beckett did and had a blast.  Dave showed Beckett how to bait the crab cages with raw chicken and then Beckett threw them overboard.

We set out 3 crab cages and then tooled around for a bit.  It was a beautiful day and we had a great time just riding around the river and out towards the ocean.  We even saw a ton of sea lions basking and swimming around. 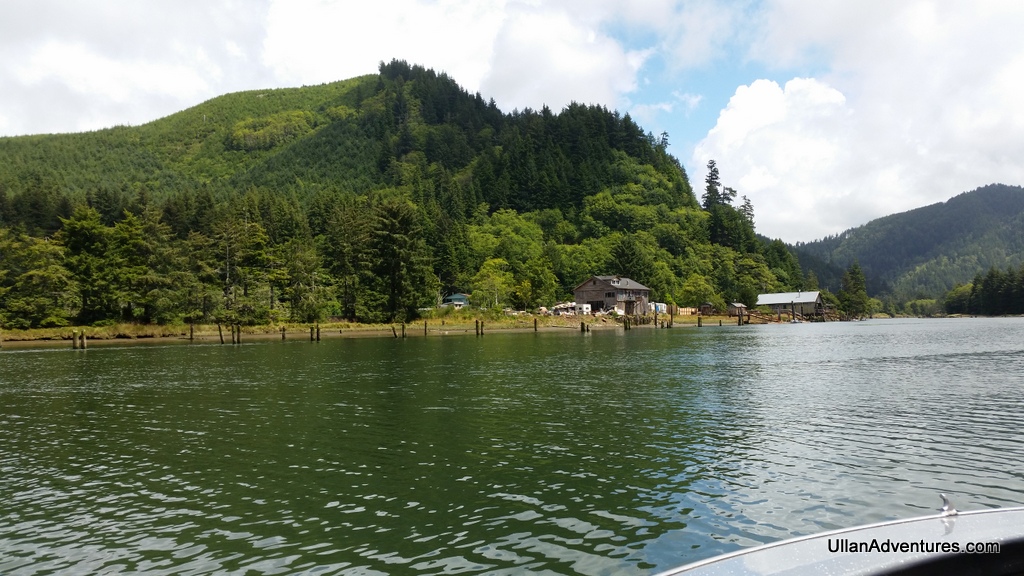 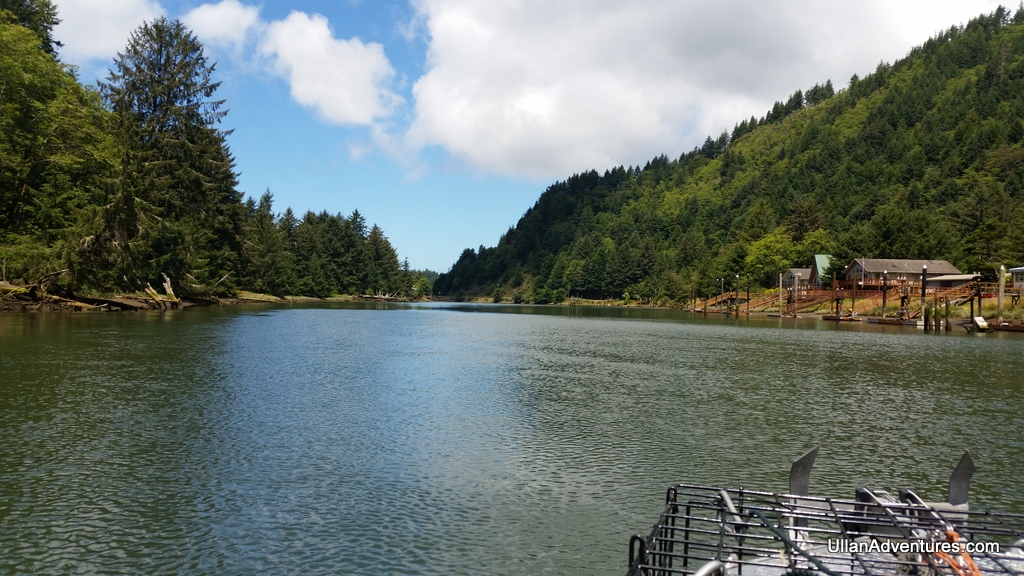 After letting the crab cages sit for a while, Beckett pulled them up and we checked our loot.  We caught a lot of crabs, but sadly they were all too small so we released them back into the water. 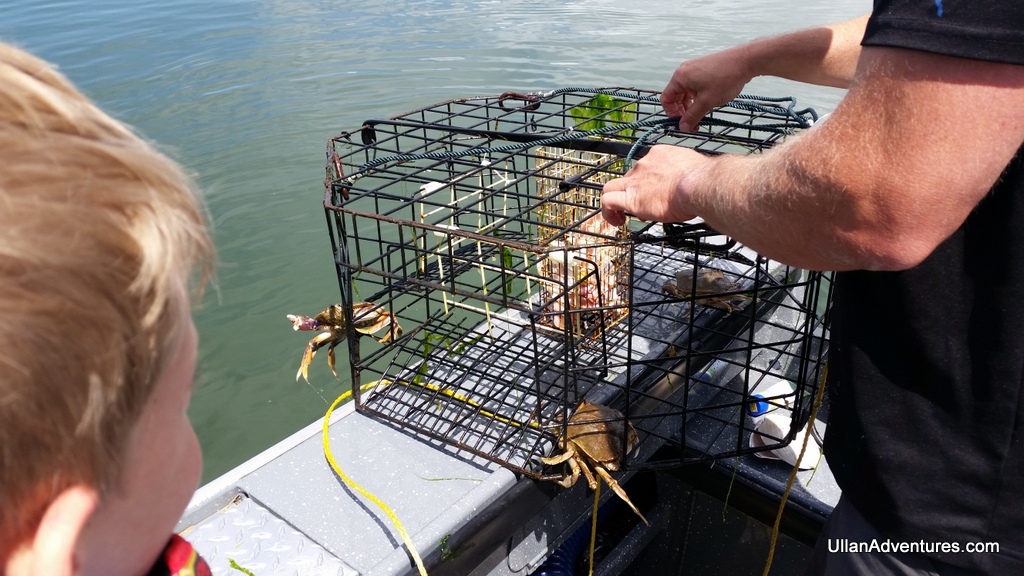 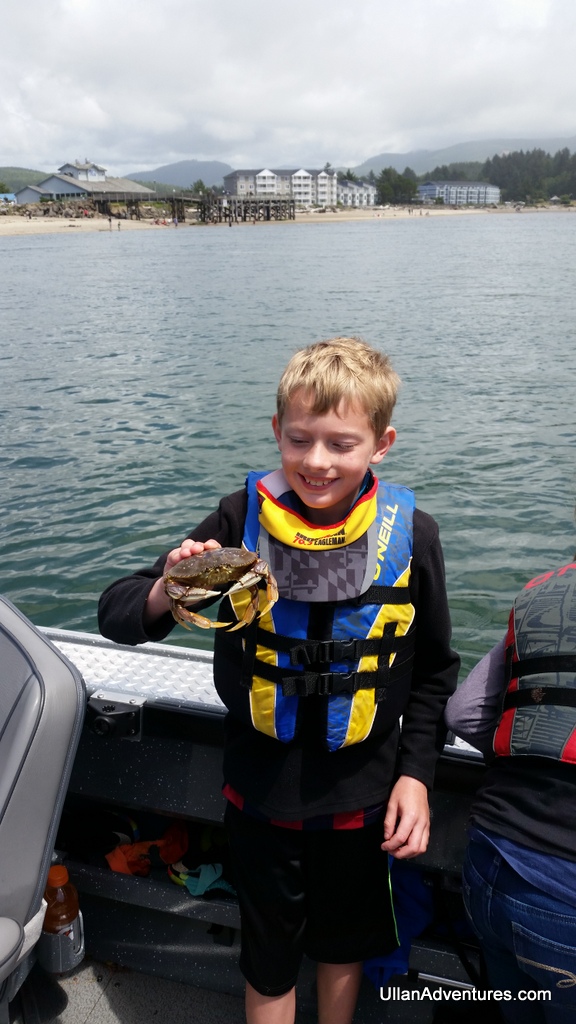 Beckett then helped drive the boat back to the dock which he loved! 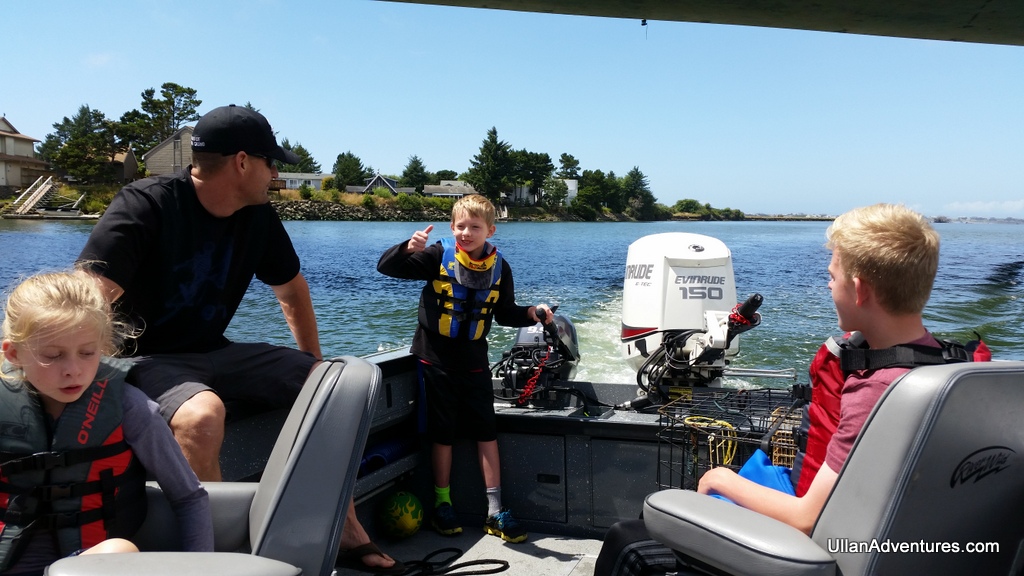 A few days later, we all took the boat out to Detroit Lake about an hour away.  It was gorgeous there.  The kids were able to knee board for a bit because the water was so calm… 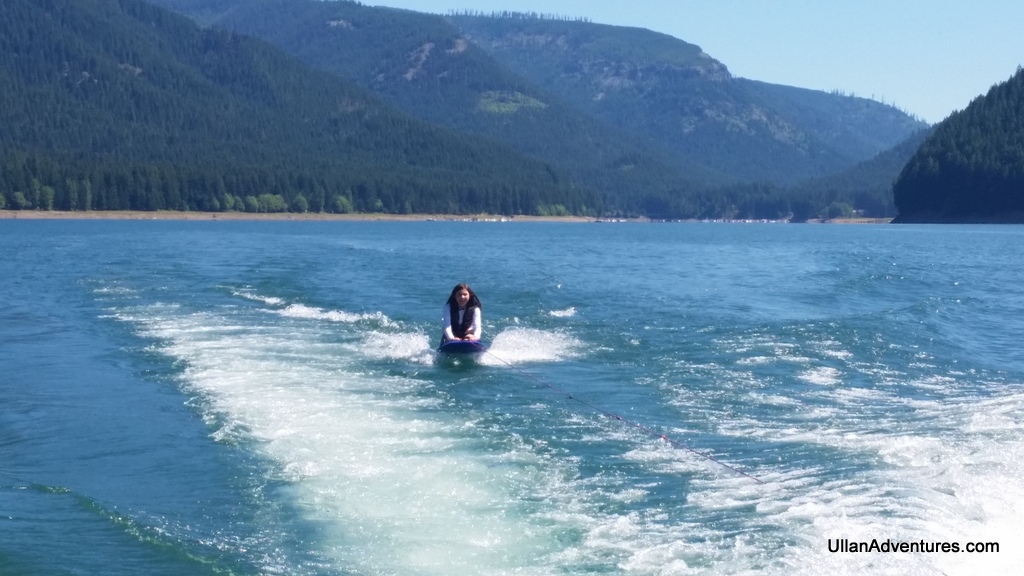 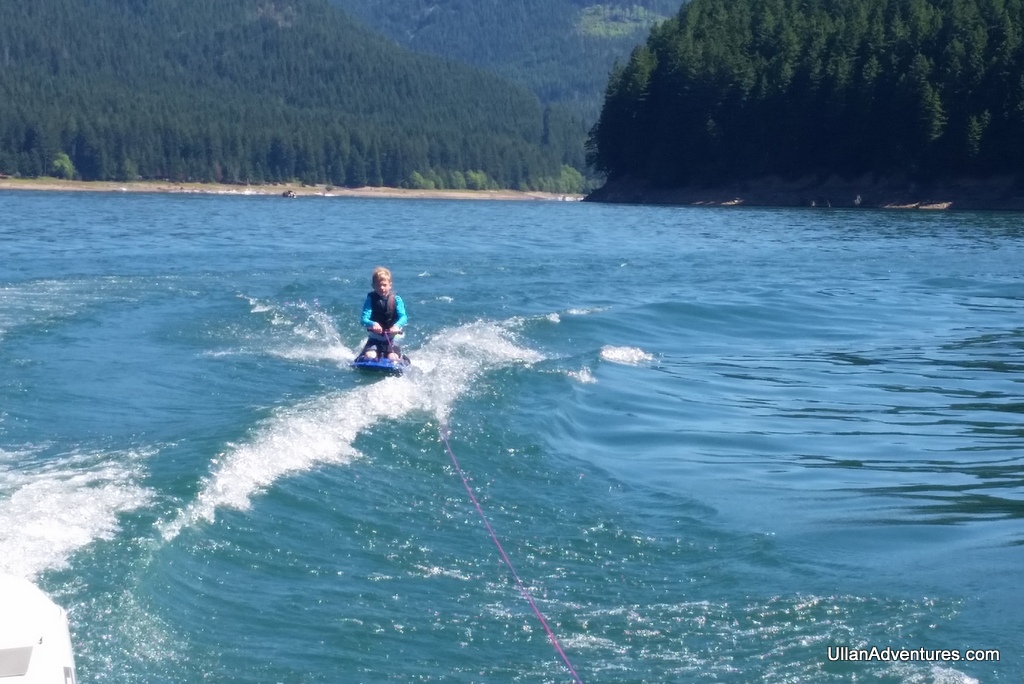 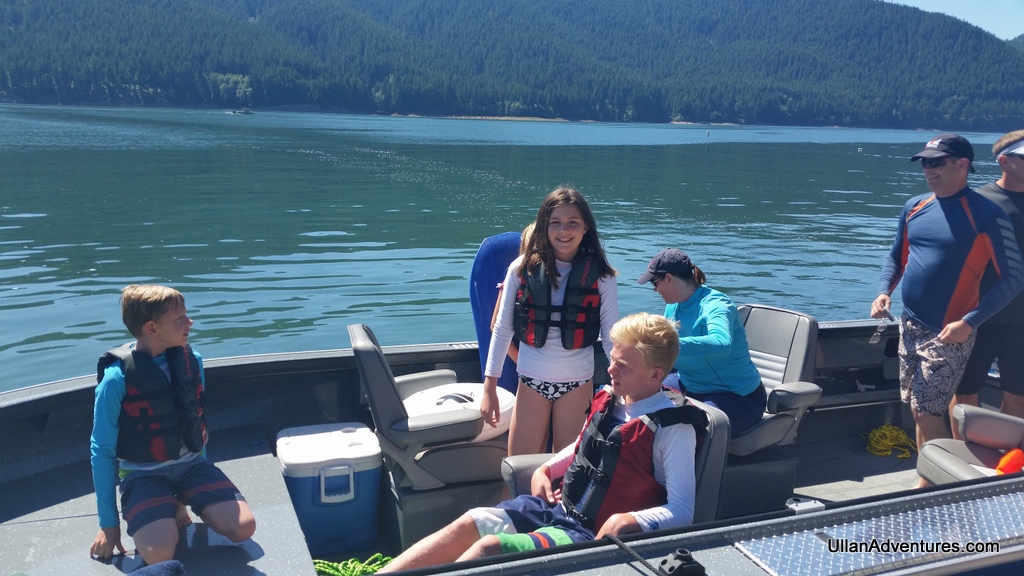 …at least for the first 30 minutes!  And then it got really choppy so we motored into some inlets where it was a lot calmer.  Here we were able to get onto shore for a bit and the kids could play around. 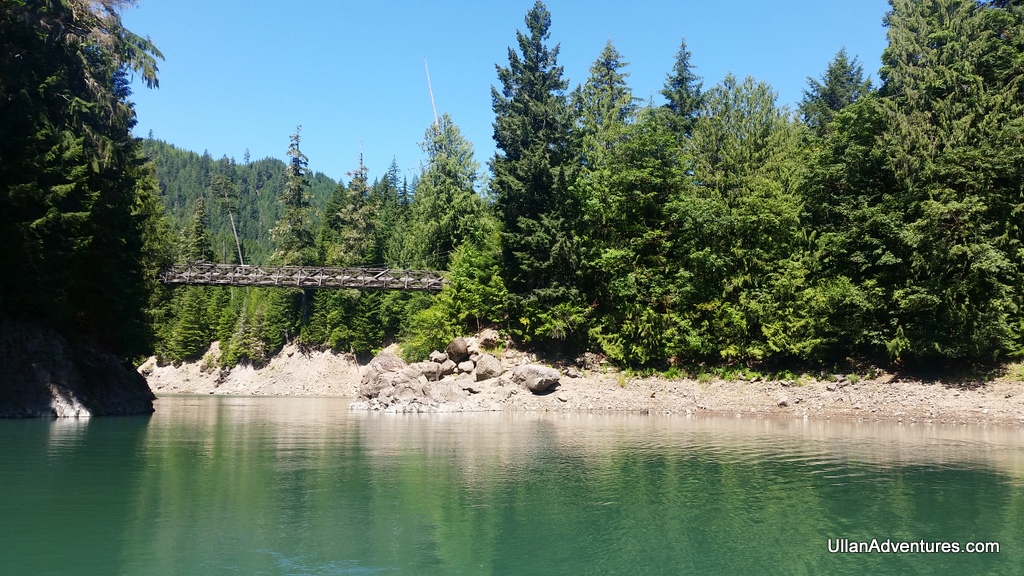 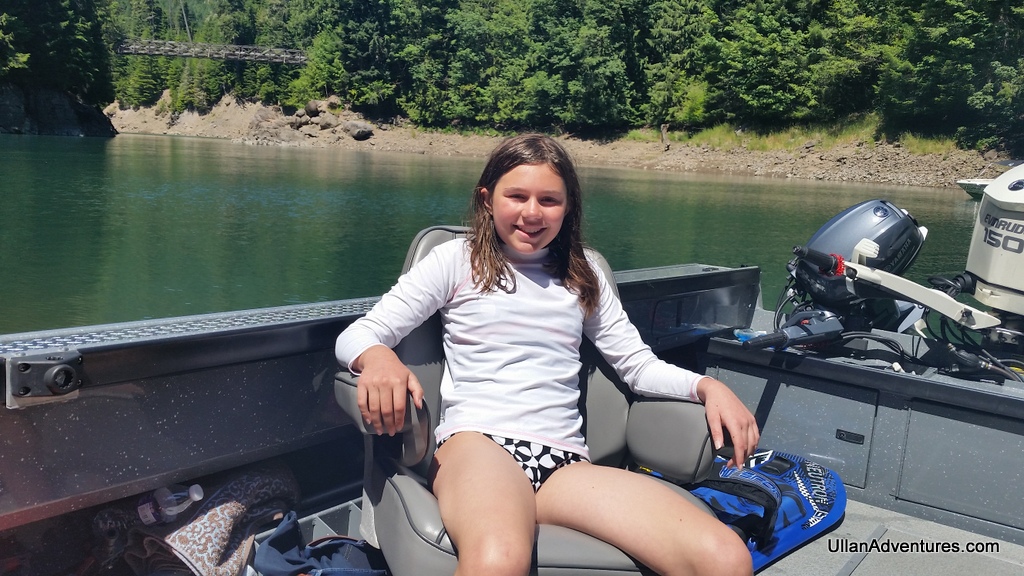 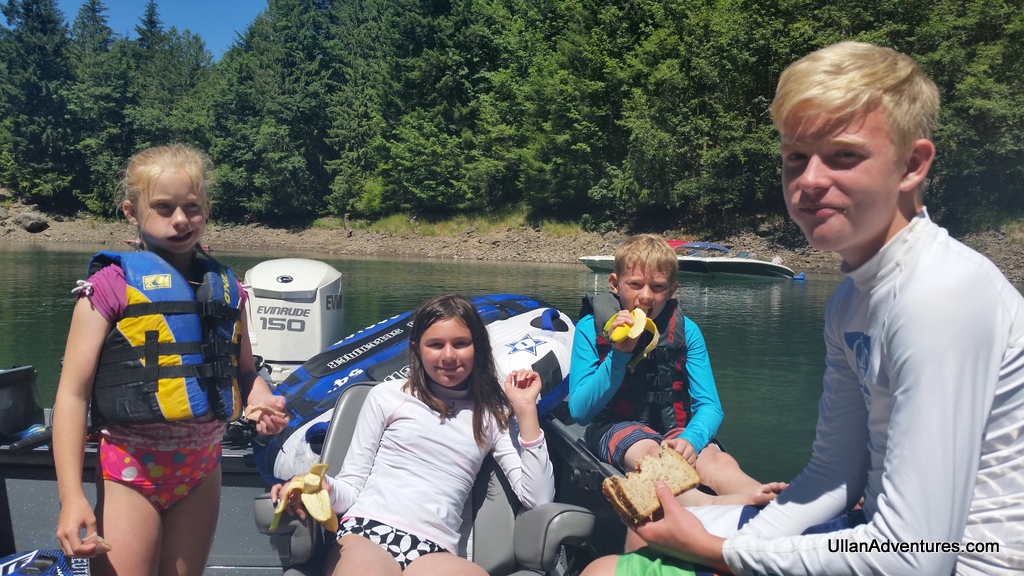 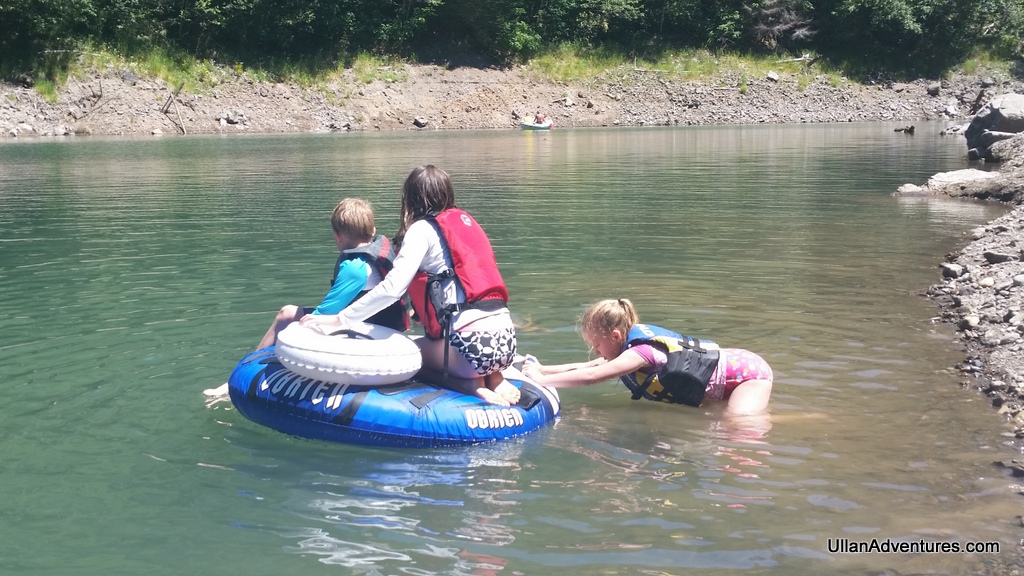 On the way back, the kids were able to take turns being pulled behind the boat in an inner tube and even Chuck took a turn! 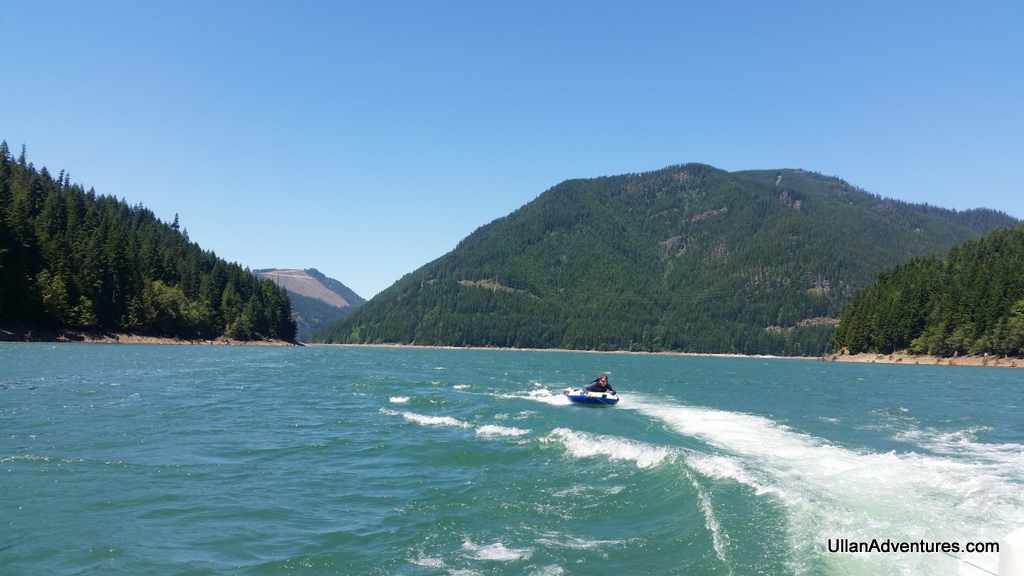