After giving skydiving and paragliding a try, I thought we should give hang gliding a go, too.  Unlike those, where we were passengers with a guide, we would actually do the flying of the gliders ourselves.

It didn’t take any convincing for the kids to say “I’m in!”.

We were originally scheduled for one day but the weather was bad so we rescheduled and ended up with a perfect day.

The class consisted of the 4 of us and an instructor.    We spent the first hour or so learning about the history of the sport and basic flying information.  Then it was time to practice getting into the glider and our stance on a stationary frame. 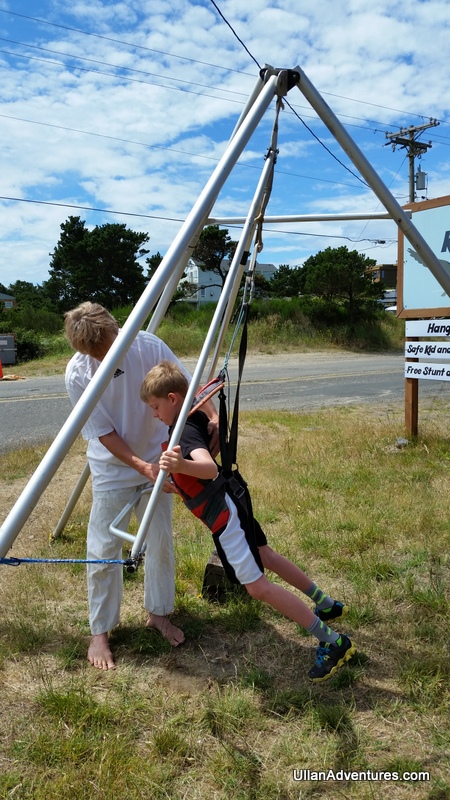 After we each had a couple of turns, we went to the dunes and helped build the glider.  We all pitched in to help build it and I have to say the thing was HUGE!

After carrying it up to the top of the dune, it was time to fly!  Each of us took a turn getting into position, running partly down the hill and getting a feel for the glider.  The first run we stopped before we got to lift off, but on the next turn we each started to fly!  And every turn after that we got better and better and flew further and further.

The feeling of lift off is amazing.  You feel the glider start to float and pick up speed and then you get the whole sensation of flying!  As soon as we all got in the air, we were hooked!

We each got about 7 runs before our time was over.  I was exhausted from carrying the glider back up the hill, but I think the kids could’ve kept going all day.

This was definitely a highlight and fun to do as a family.  It was also neat to get a sense for doing the flying instead of just going along for the ride. As a bonus, learning on the dunes beside the ocean was an incredible experience and a great way to spend a day! 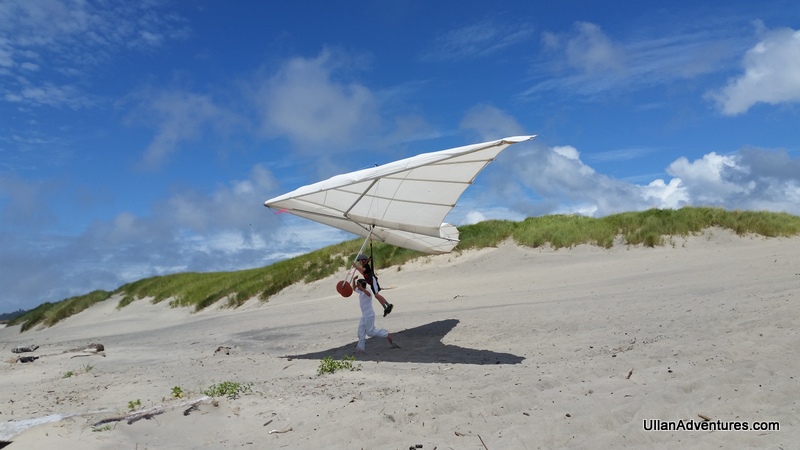 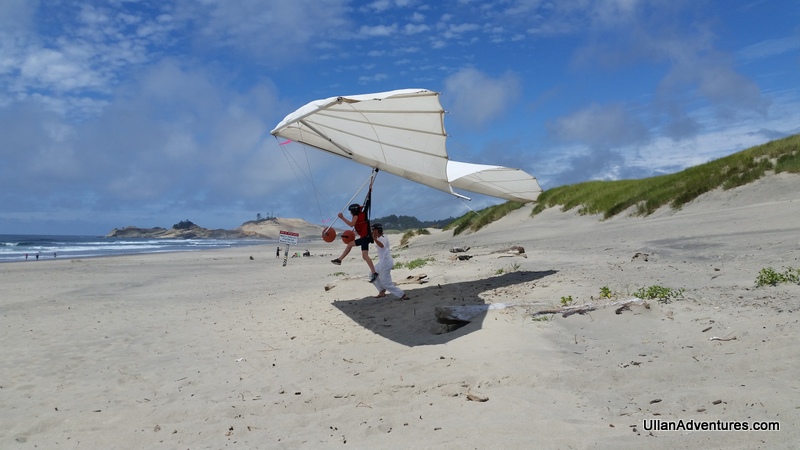 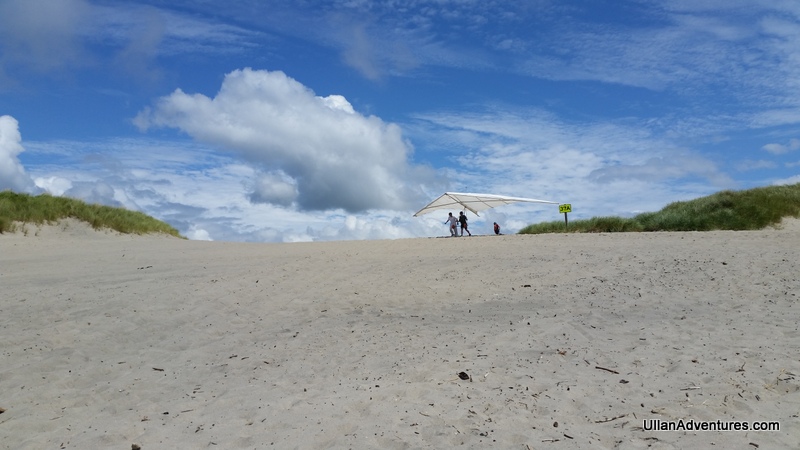 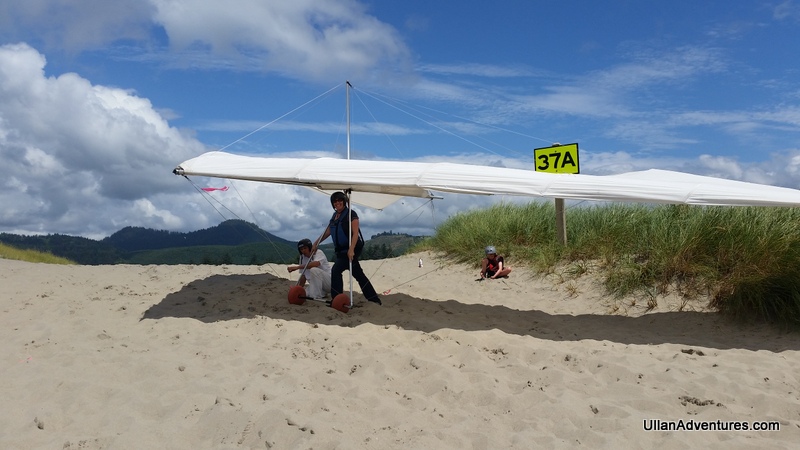 Here are the videos of each of us hang gliding: