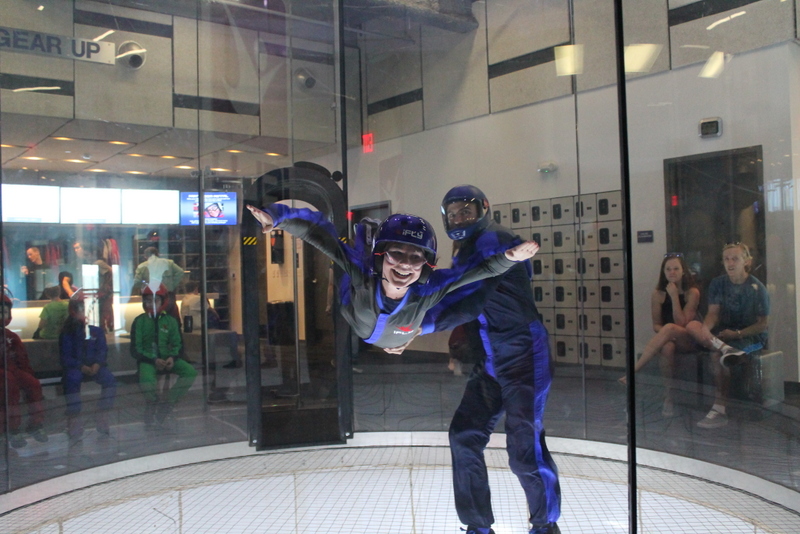 The kids received a gift certificate for indoor skydiving for Christmas. However, they had to wait for the place to open a few months later.  We finally took them in April and they LOVED it.

They each said it was the coolest thing they’ve ever done and are already begging us to go back.

After a 15-20 min of classroom training, they each did 2 1-minute sessions.  It doesn’t sound like a lot of time but it lasts longer than you’d expect.  They had an option to add an additional 1-minute flight at the end.  Both kids were begging to do it again and of course we said yes.  By the third flight they were getting pretty good at it! 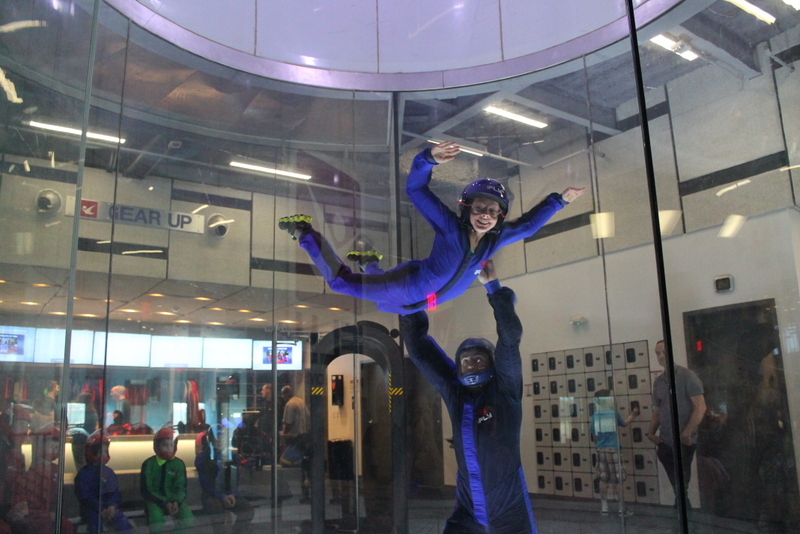 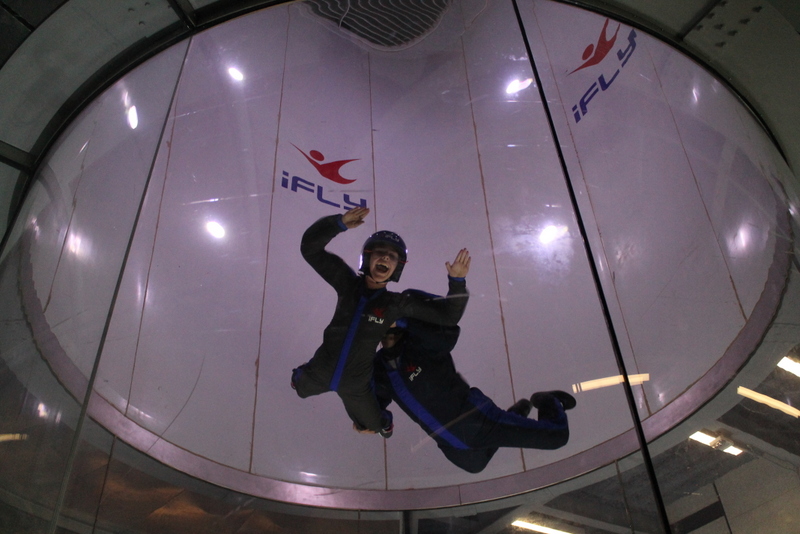 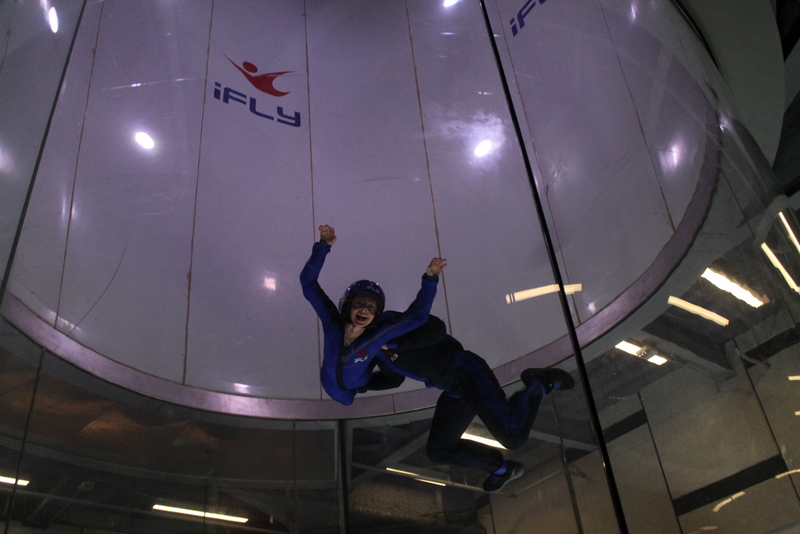 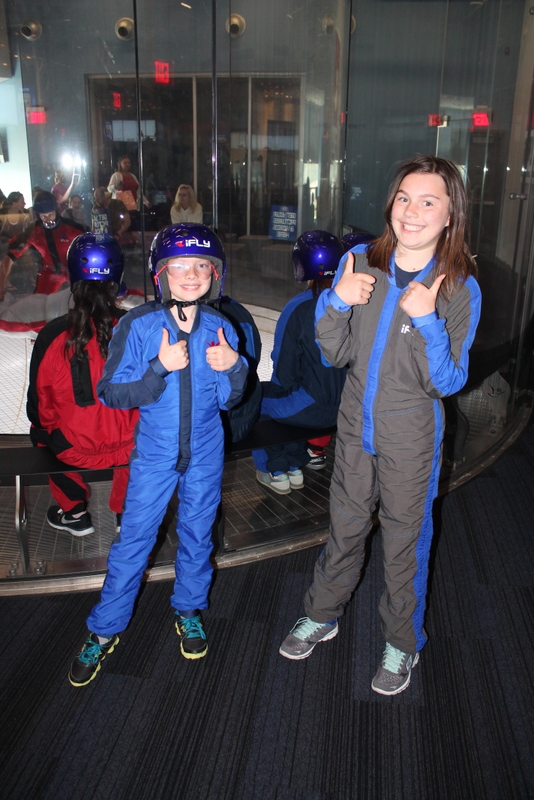 Update: We all went as a family in April 2017.  Here are Chuck and my flights.