I had been looking forward to watching the Ironman World Championships since we moved here.  I thought it’d be so neat to see some of the top triathletes in the entire world come here to train and compete.  I wanted to see their fitness levels, their determination and their athleticism.

I also wanted to go down and cheer the every-day folks on.  I wanted to be out on the course and give them some support (or shaka-love as I’ve been calling it).

Thing is, it was far better, emotional, and life-changing than I ever could’ve imagined.

The day started simply enough watching the professionals start the swim portion at 6:30am.  And then the non-professionals started at 7am.  It was neat to watch them swim the same places we swim and to be part of it. 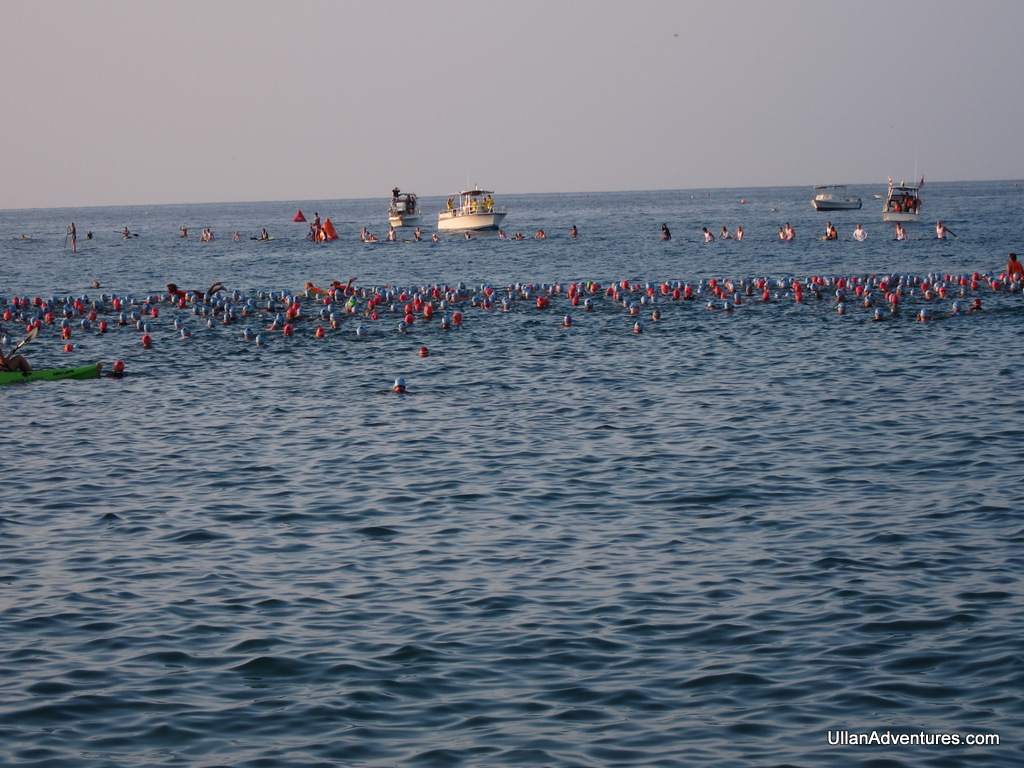 And then we went over and saw the professionals transition to the bike portion and start on their 112 miles journey. 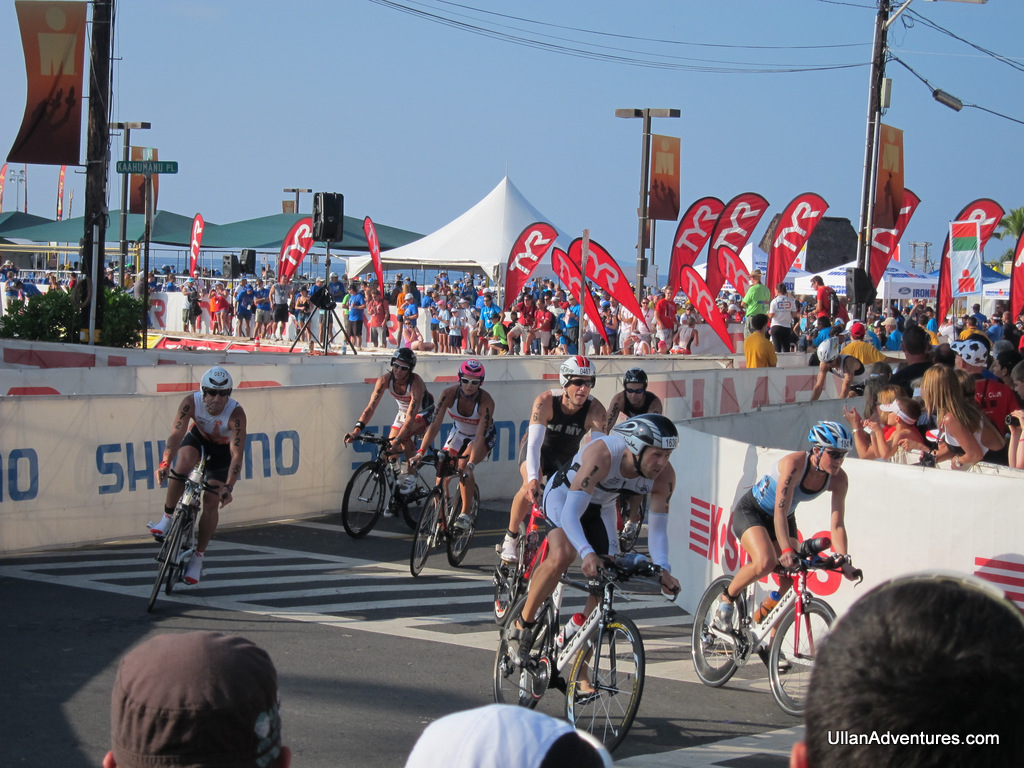 And then the magic started to happen.  We heard about the lady doing the race that has stage 4 colon cancer.  We saw the amputees and paraplegics starting their “bike” rides.  We saw the ordinary citizens getting on their bikes.

Then later in the day we went along the running portion.  We saw bikers coming in and starting the run, people about to finish the race and those mid-way through the marathon.  It was beyond inspiring and humbling standing there cheering them on. 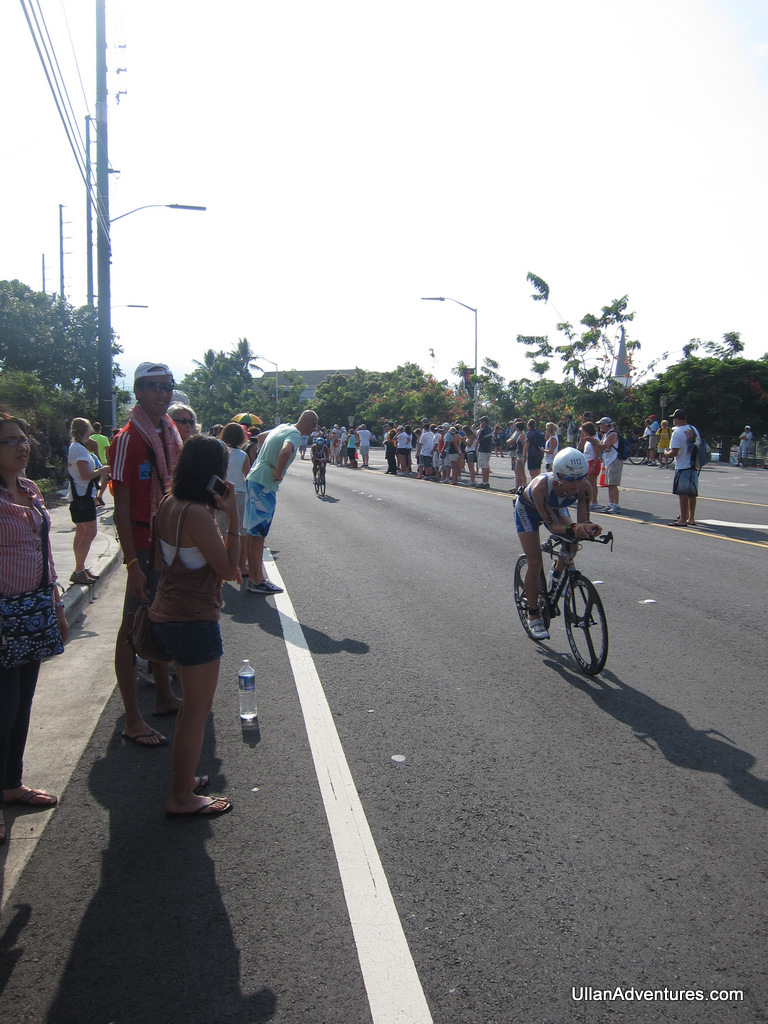 Along the run course

The bike cut-off was 5:30pm, meaning if you aren’t done biking by then, your race is over and you stop racing wherever you are.  Well I saw a number of people come in right before 5:30.  These people had been racing for 10 1/2 hours already and were just NOW starting a marathon!  The champions had been done with the entire thing for 2-3 hours already.  And these folks were just STARTING a MARATHON!

I stood there with my cowbell cheering as loud as I could for them hoping to give them some support and inspiration for the task ahead.  I saw some 70s and probably 80 year olds walking by.  I saw the double amputee start his run.  It was all I could do to not cry at the determination and amazing feat they were performing and I found myself getting choked up a number of times as these athletes went by.

Chuck went down from 8pm – midnight to cheer on these folks coming in.  Midnight was the official cut off for the race and we didn’t want these late finishers to finish the race with no one there.

Well neither of us expected the crowd to grow and grow and grow as the evening went on.  At 9pm the woman’s champion came out to give each finisher a lei.  Some of the other professionals came out to cheer.  And the crowds at 10pm were far bigger and louder than any crowds earlier in the day, even for the world champion.

Chuck watched the woman battling stage  4 colon cancer finish the race to an emotional crowd.  He watched, Scott Rigsby, a double amputee, finish and be celebrated.  He saw the person come in with literally seconds left before the race was over.  He was part of the crowd that was trying to be so loud so the competitors 4 miles away could hear them and could help inspire them to the finish.

Finishing after 16 hours, 58 minutes and 59 seconds of racing! 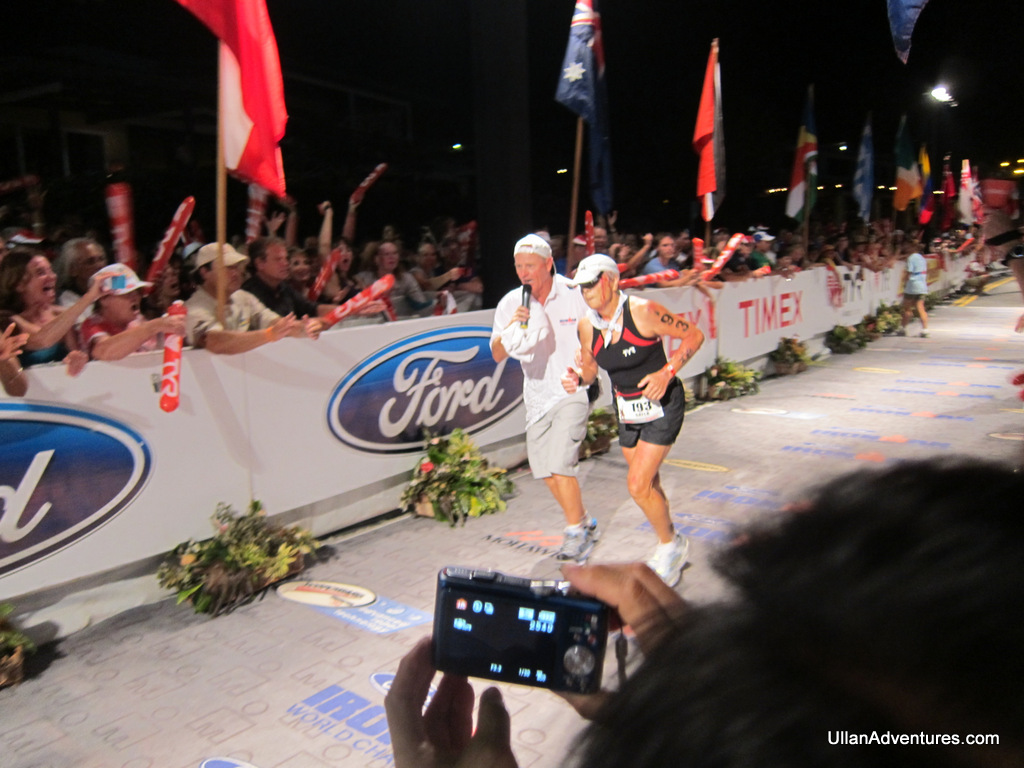 I wish I’d been able to go down at night too but after being around it all day, my heart was so full and I had a complete new outlook on what is possible.  These ordinary people changed my perspective and what a person can achieve and erased walls I didn’t think were erasable.  And seeing the community of people from all over the world come together to cheer, love, and celebrate together was such an amazing testament to the human spirit and to peace and love.  In a day when everyone tears each other apart, it was beyond words to see people come together to share joy and lift each other up.

I am changed because of watching this.  I can tell something has shifted.  I now believe what is possible for anyone is far greater than I ever thought.  I realized that ordinary people can do extraordinary things.

I saw the good in people.  The determination, the drive, the ability to overcome any obstacle.  And I felt the power of the human spirit in a way I’ve never felt.

Chuck and I are both a bit sad now that its over.  It was far beyond any experience we’ve both had and now its over for another year.

But I hope I can keep this spirit alive in me for a long time.

To all those that competed, I salute you.  And I thank you. 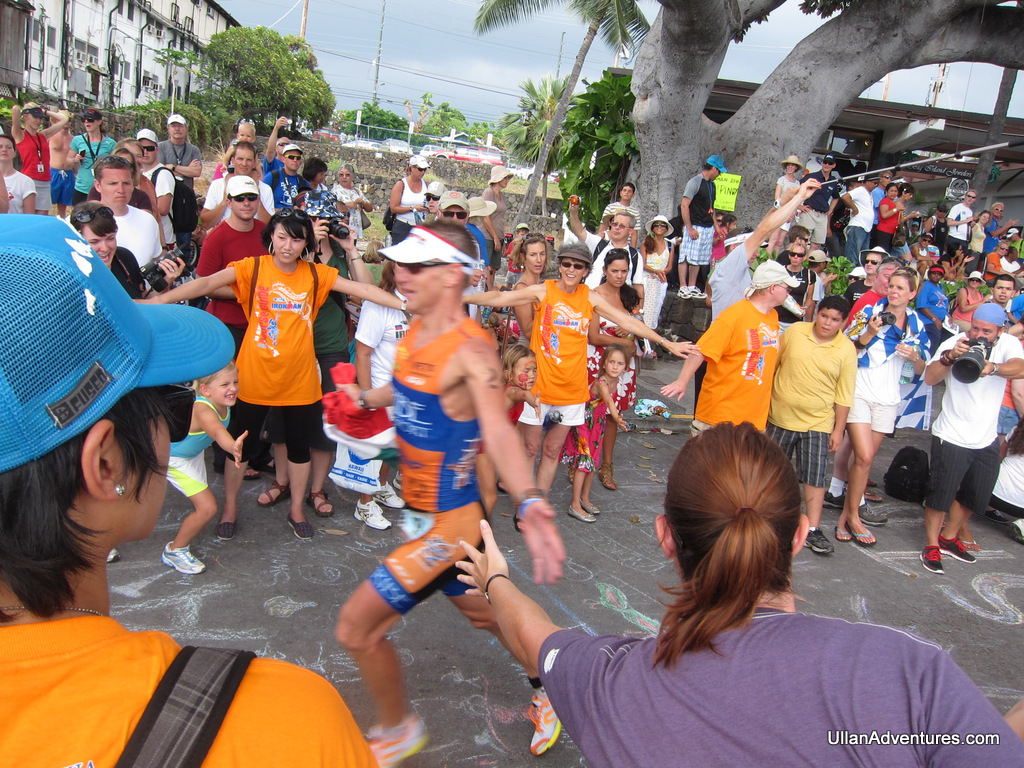 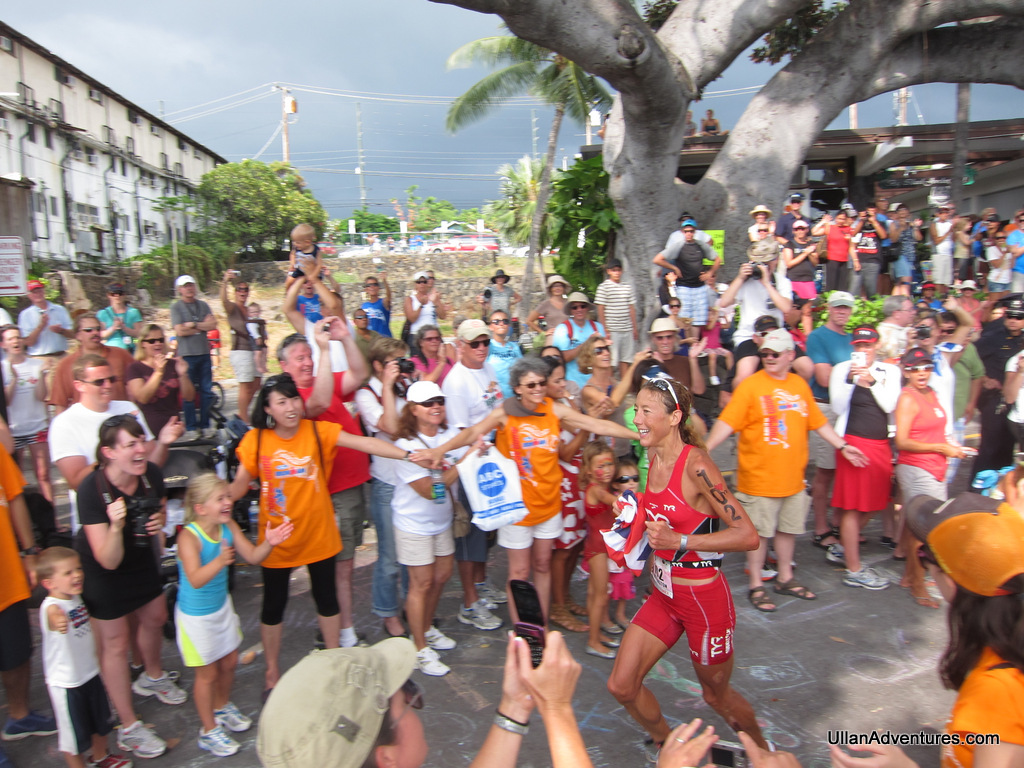