Ironman has been heating up here the last couple of weeks.  Athletes arrived early to start training and there has been a buzz in the air.

There have been signs all over town and lots of amazing looking athletes biking and running the roads. 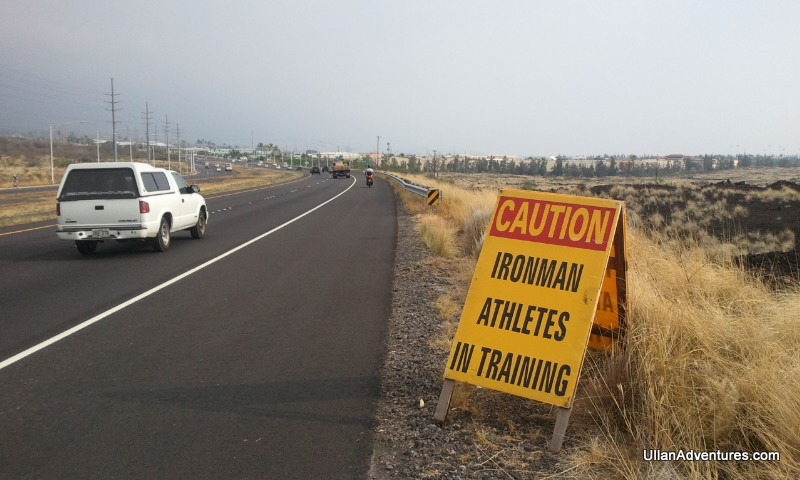 The first main event was last night in town.  They held a biathlon for the kids which both kids wanted to do.  However, neither was ready for the swim portion so we had to watch instead.  After the dip n’ dash, there was a parade of the participants and volunteers.  It was like the opening ceremony’s parade of the Olympics – the athletes walked by alphabetically by country while carrying their country’s flag.  Some of the countries hammed it up and it was cool to give them cheers and Aloha-love. 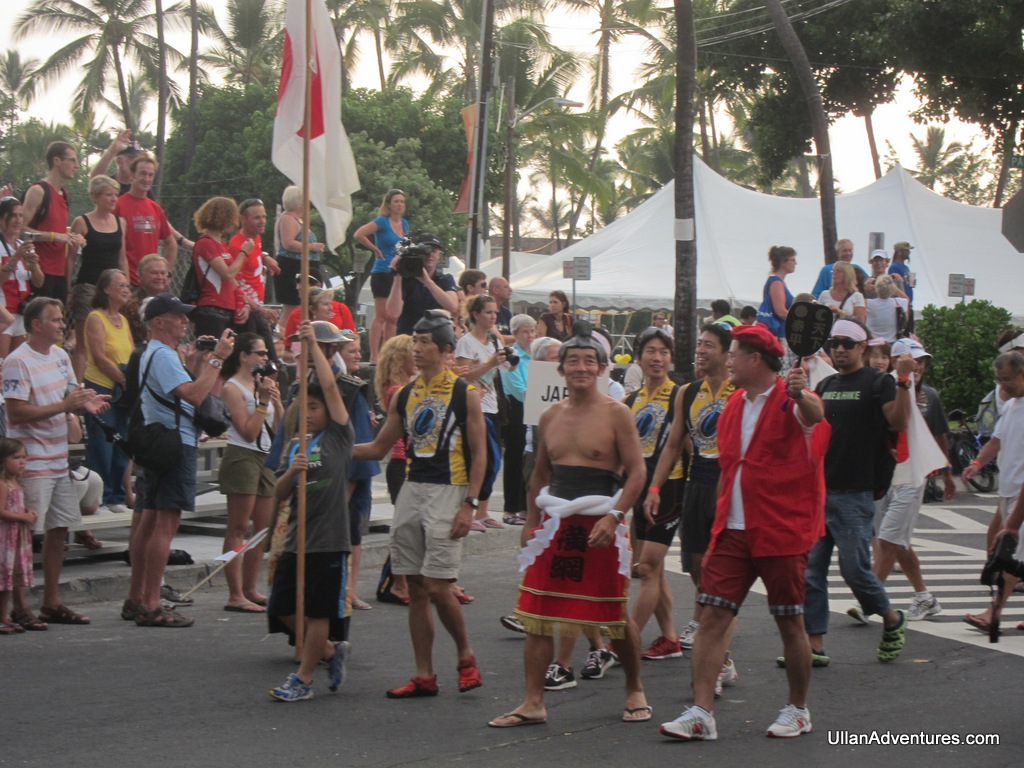 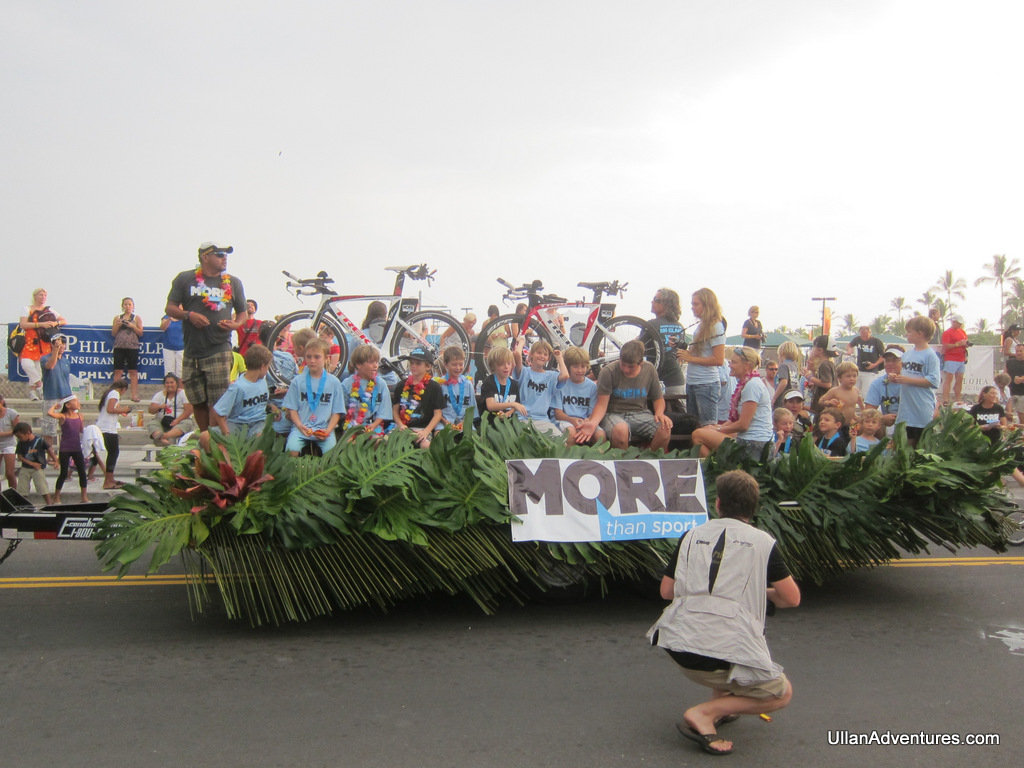 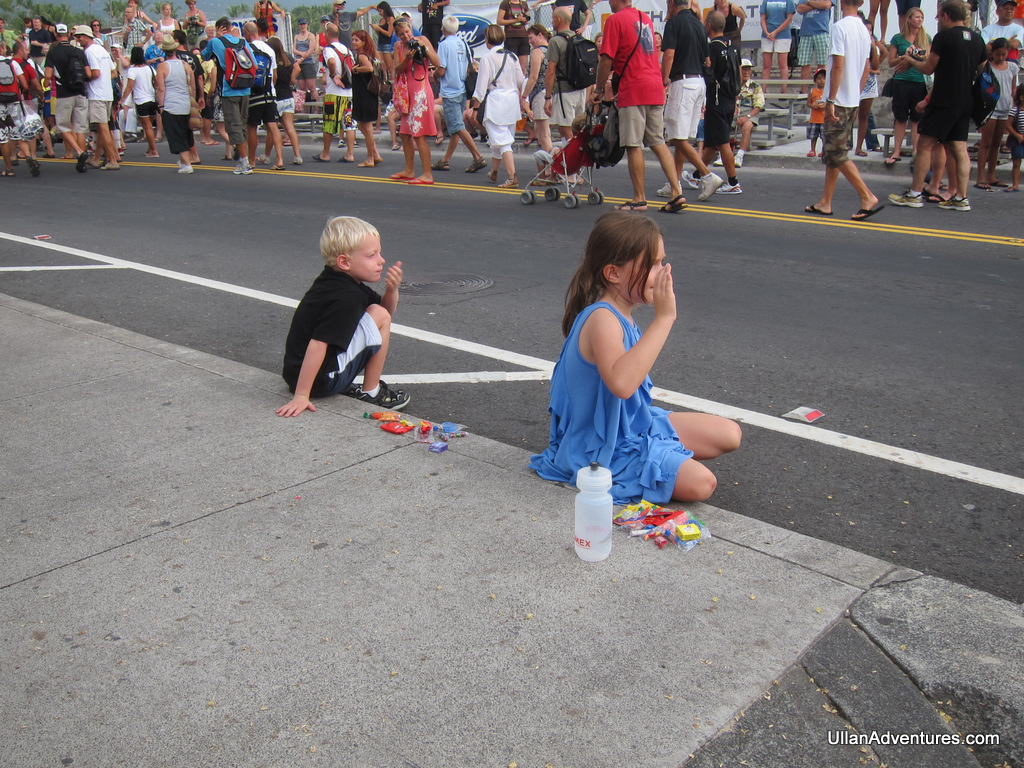 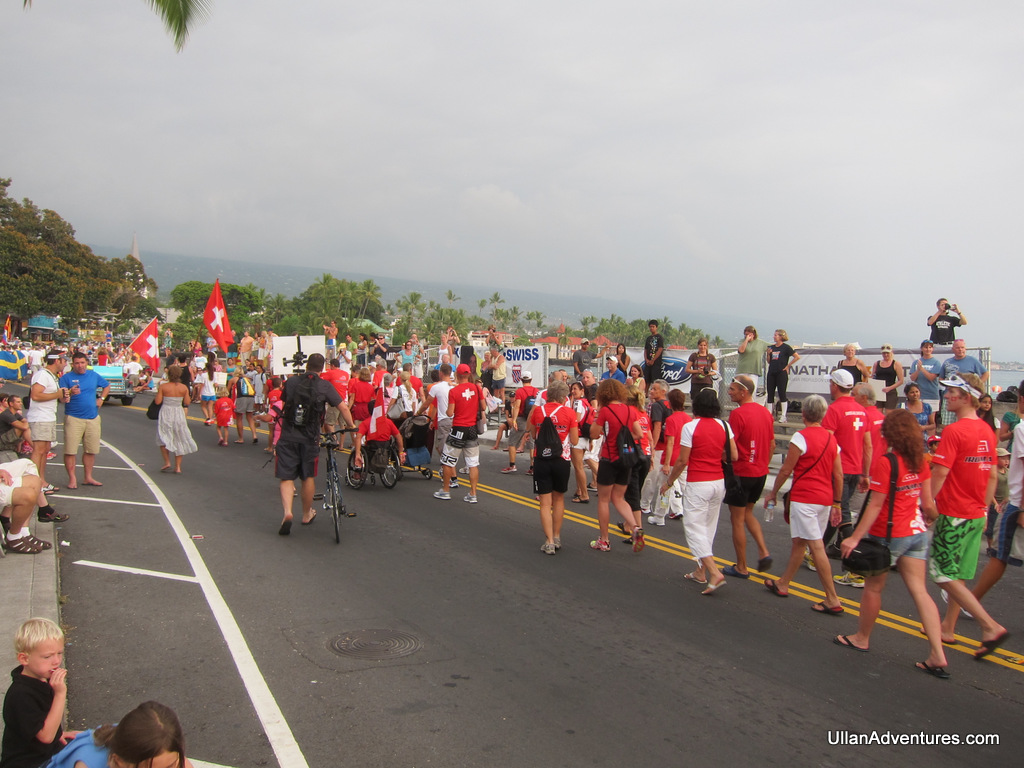 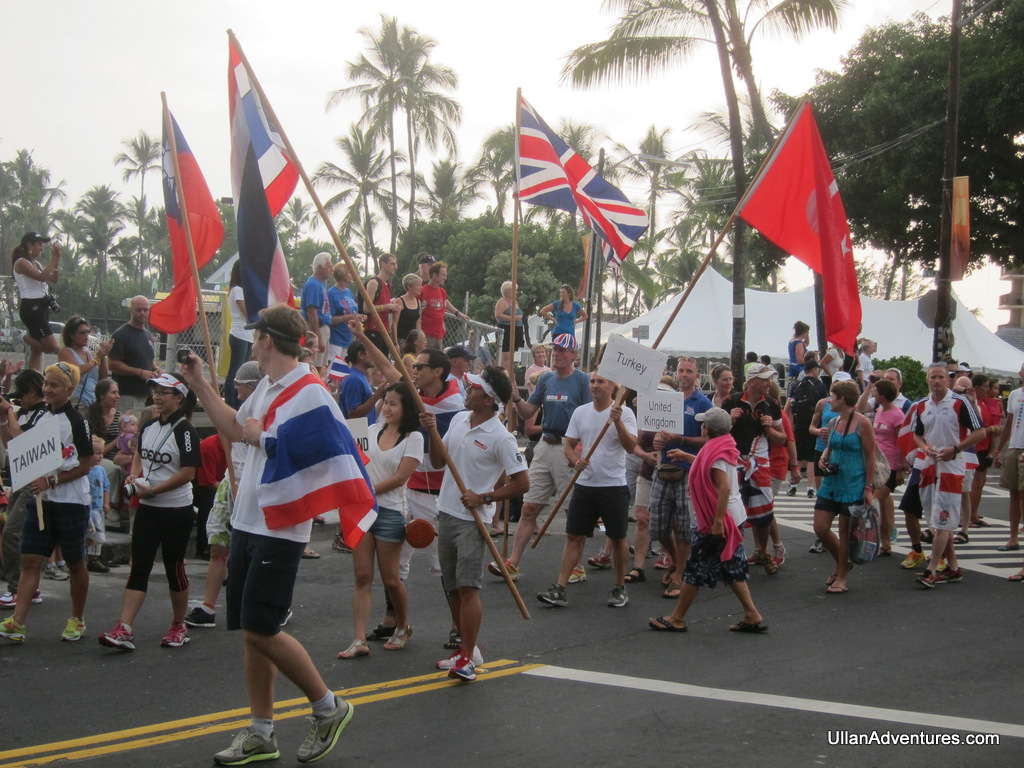 After that, we walked over to the little Ironman “village” set up with vendors and SWAG.  They were debuting a new bike at one place and had a Hawaiian blessing, hula and fire dancing performance to bless the new bike.  I don’t know who the athletes were there but do know they were famous as everyone seemed to go up and get their picture taken with the one guy. 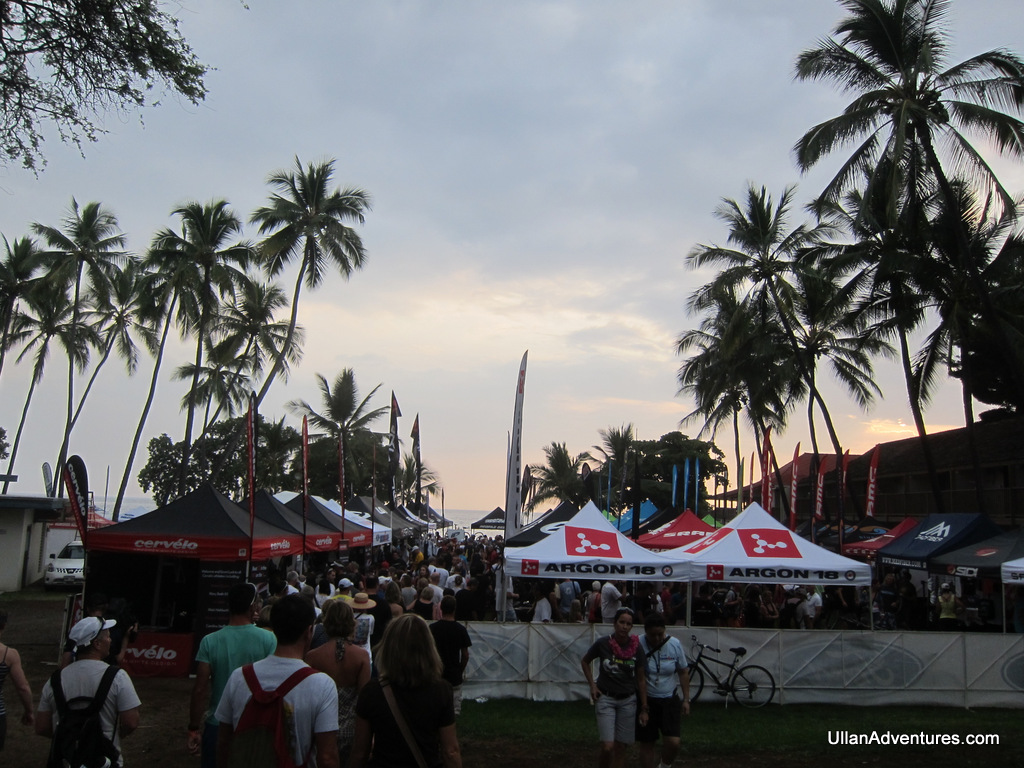 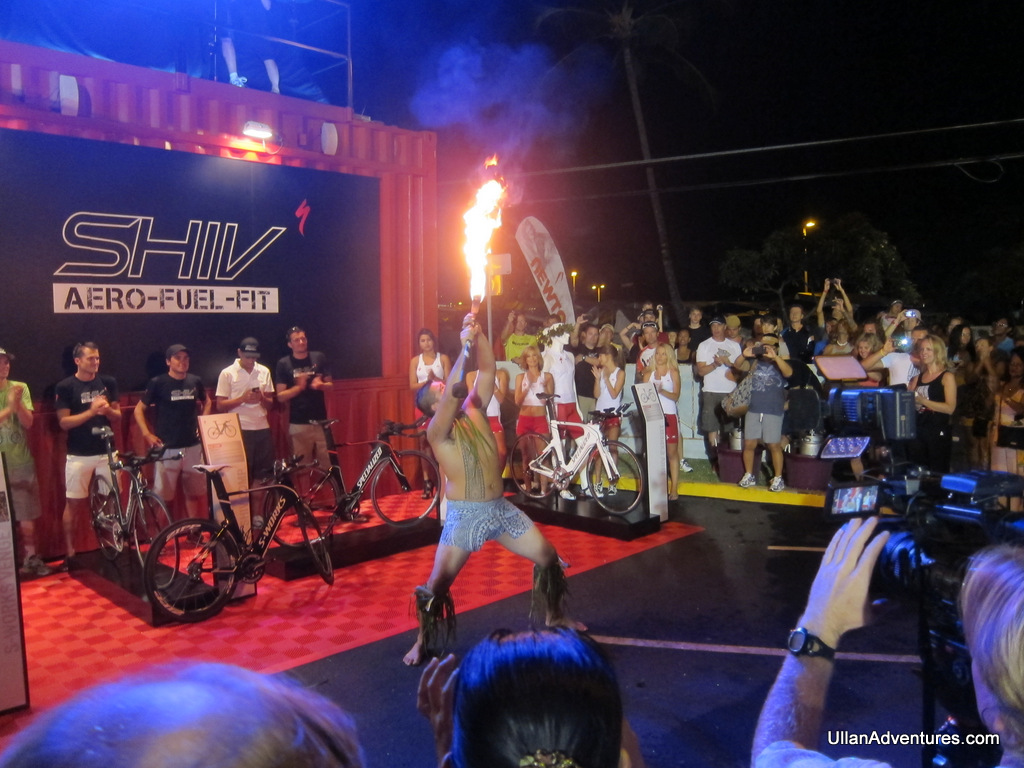 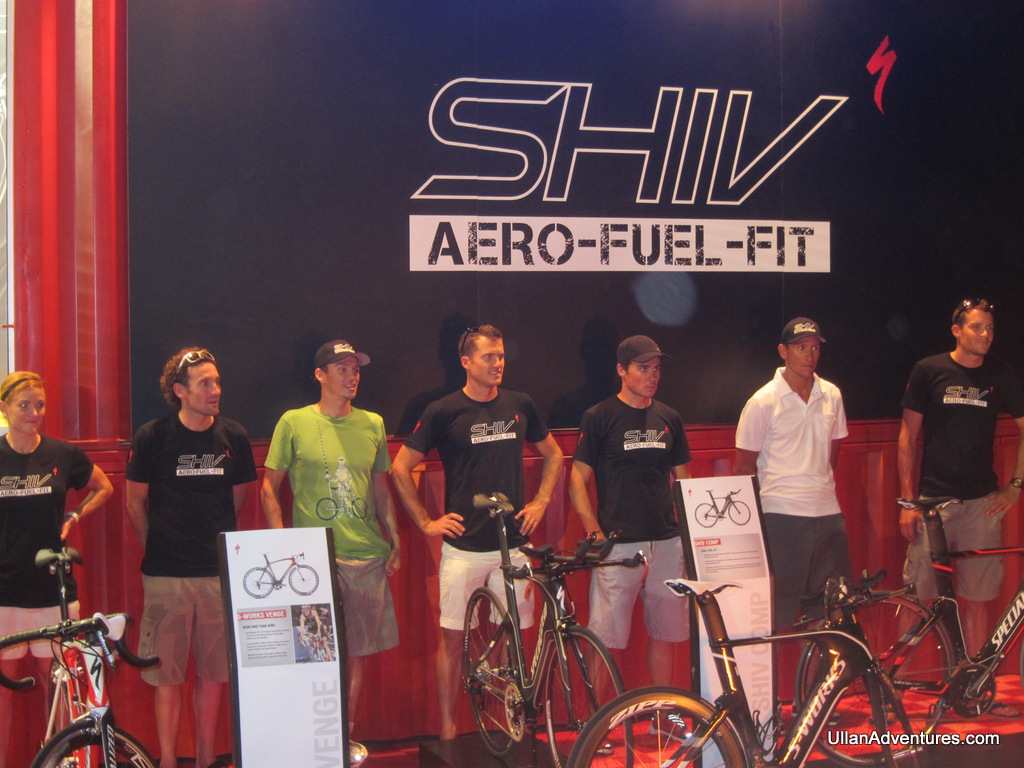 Chuck and the Shiv girls

It was so inspiring being around this athleticism.  Made me want to go home and run 4 miles so I can look and be like them next year 🙂

Tomorrow is the underwear run.  And Saturday is the main event.  I’m sure there will be plenty of pictures coming your way in the next few days.