For my birthday this year, Chuck surprised me with an Amazing Race inspired birthday adventure.  I received a vague email a few weeks before my birthday telling me that we were going away from Friday to Monday and a later email said we were doing an Amazing Race.  The afternoon before we left, I received one more email that said we were flying and to pack light.  And that’s it, that’s all I knew.

On Friday afternoon around 2pm, I received my first clue: 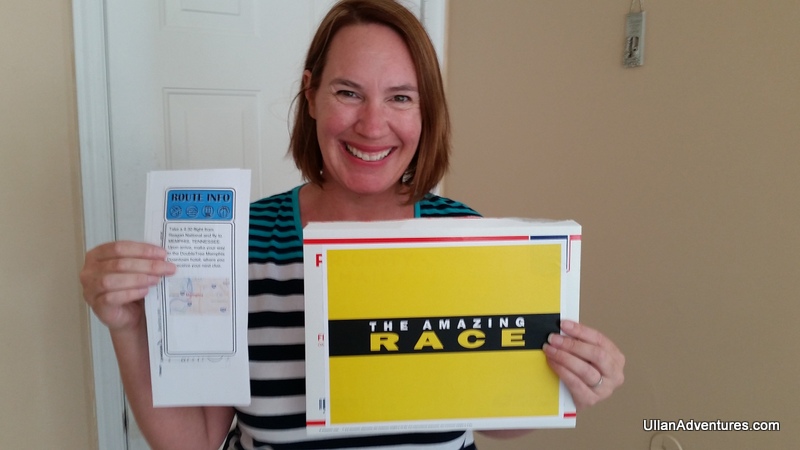 After arriving at our hotel in Memphis, I received my next clue: 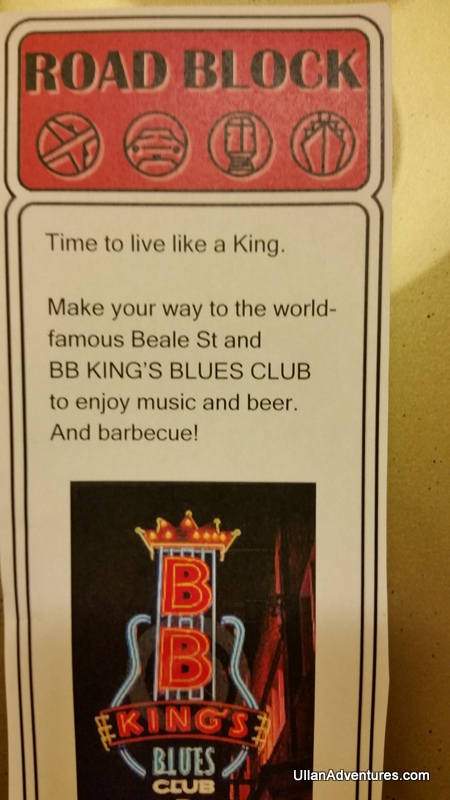 BEALE STREET!  YAY!  I’d driven by Memphis about 20 years ago but never drove into the city, so I was pretty excited to finally explore Beale Street.  Plus a night out with BBQ, booze and Blues sounded awesome!

After a couple of block walk, we arrived at Beale Street and headed to BB King’s Blues Club for dinner.  I had some yummy BBQ and Chuck enjoyed the ribs while we listened to a band playing all sorts of Memphis blues.  After dinner, we wandered around Beale Street and stopped into an outdoor venue with a really good band.  We had such a great time drinking cocktails and listening to live music under the night sky. 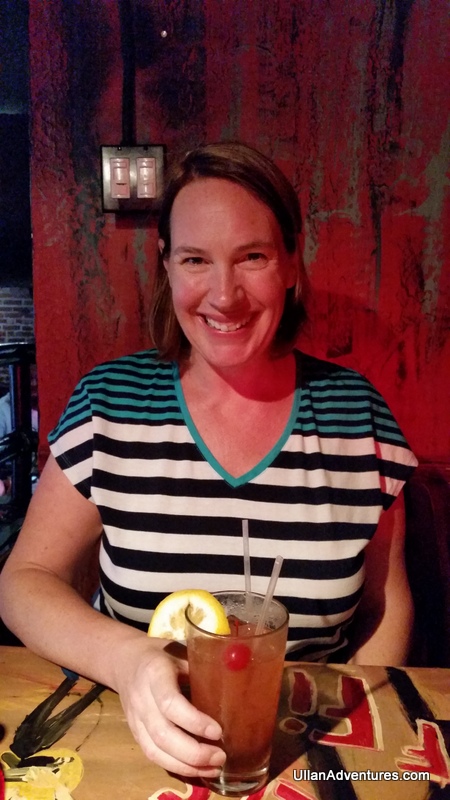 Saturday morning started with receiving my next clue:

Arkansas?!?  To a Truck stop?  I was thoroughly confused at this point and not exactly super happy to be going to a truck stop in Arkansas but I knew it had to be good.  Turns out, Chuck has never been to Arkansas before so this was a way for him to get there.  Love it.

At the truck stop, I got my next clue: another Road Block that said we were going to an Escape Room in Memphis.  Fun!  I didn’t know much about these except you have to solve a lot of puzzles and many people don’t escape.

Ours was called the Atlas 8 and was a spaced themed room.  Along with another family of 5, we had 1 hour to solve the puzzles and get out.  They basically put you in an sparse room without any clues and you have to figure it out from there.  It was definitely not easy, BUT we managed to escape with about 6 minutes left. 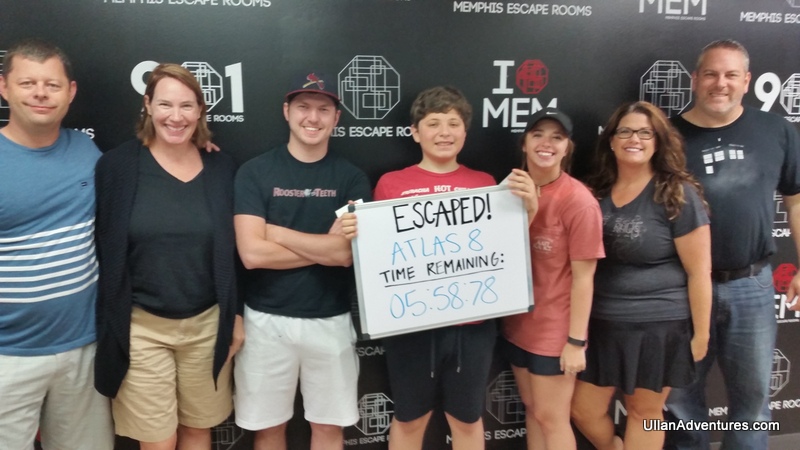 Once we escaped, I got my first detour: Graceland or Continue on.  Of course I chose Graceland!

I’m not a huge Elvis fan, but it was still very cool to see where he lived and to see all of his gold records, his awards and other artifacts from his life. 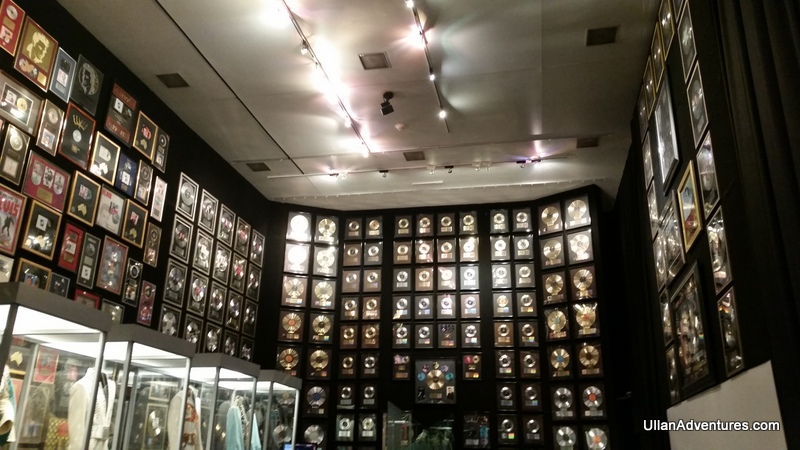 After Graceland, I found out we were going to Mississippi!  I was quite happy as I’m trying to get to all 50 states (I was at 43) and Mississippi was one of my missing states. 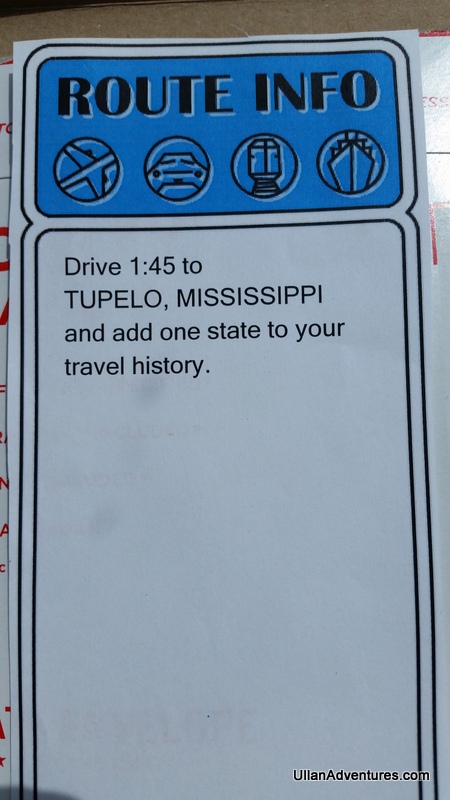 We drove about 2 hours to Tupelo, Mississippi and saw Elvis’s birthplace. 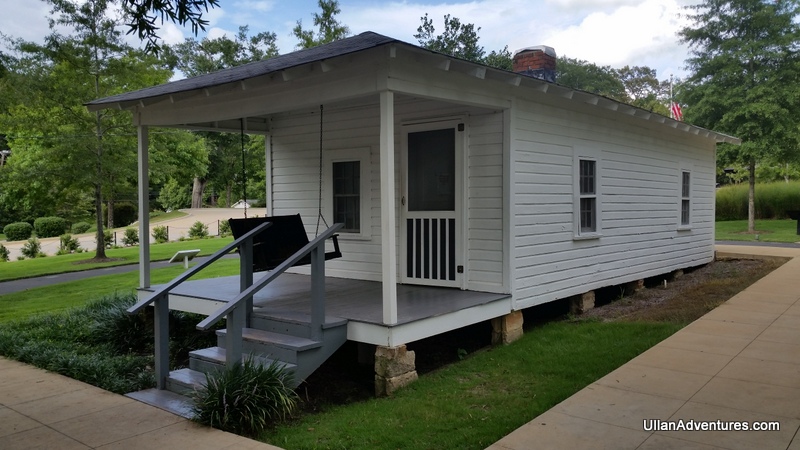 We also stopped for a snack as I then found out my next clue: Drive 2 more hours to Birmingham, Alabama.  Alabama was another of my missing states, so I got to cross off 2 states in 1 day. 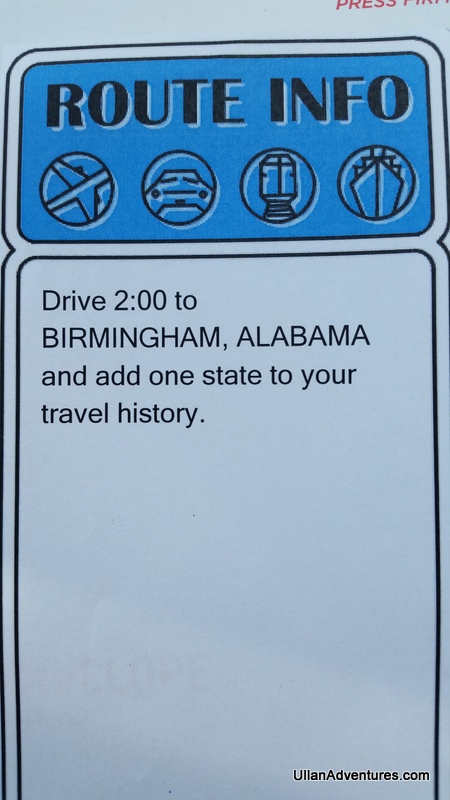 I was so relieved as we approached Birmingham as it was getting late and we also started having some horrible storms.  I was also done with being in a car and wanted dinner and a bed.  Imagine my surprise when I was handed my next clue that said we were headed another 2 hours to Atlanta!  ATLANTA?!?!  Huh?  I knew why were headed to Mississippi and Alabama, but couldn’t fathom why we were going there.  Unfortunately our tire pressure light came on (still no idea why) and it kept raining so we didn’t roll into our hotel till after 11pm.  Chuck had meant for us to go out to dinner – he gave me a choice of Italian, Mexican or German – but all the restaurants were closed by then.  But we found an open pizza joint and then headed to bed.  All told, we spent at least 8 hours and 400 miles driving and were in 5 states in one day.  Phew!

Sunday morning, I got my last Road Block clue:  Drive to Tank Town and Crush a car!  You can read about that experience here.

After driving the tank, my last clue said to return to the hotel as the final pit stop for our race.  For dinner, we went to the German restaurant we didn’t get to on Saturday and enjoyed some delicious jagerschnitzel and German beer. 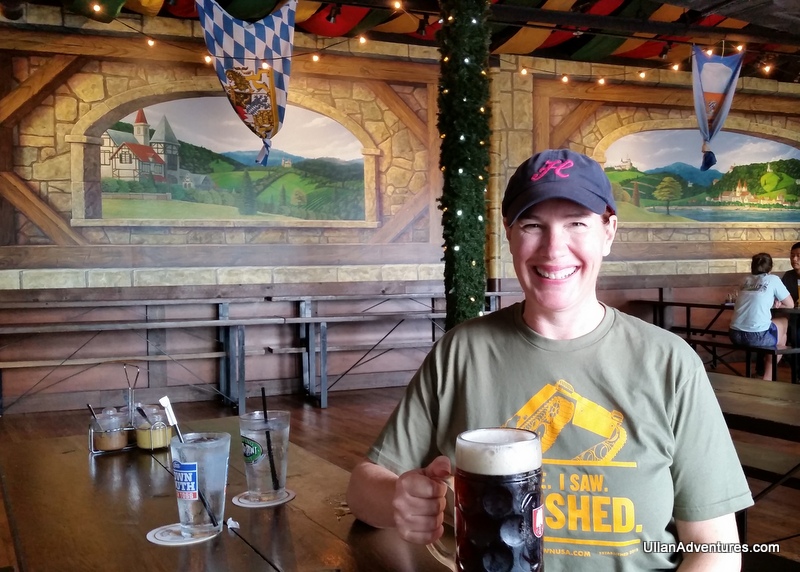 Monday morning, my actual birthday, had us taking an early morning flight back home.

I must say, I can’t believe the trip Chuck put together for me.  Not only did he get me to 2 new states, but he planned all these activities along the way.  I can’t imagine the planning that went into this or how hard it was to keep quiet.  I was completely blown away by the entire weekend and felt so loved.  Thanks Chuck!