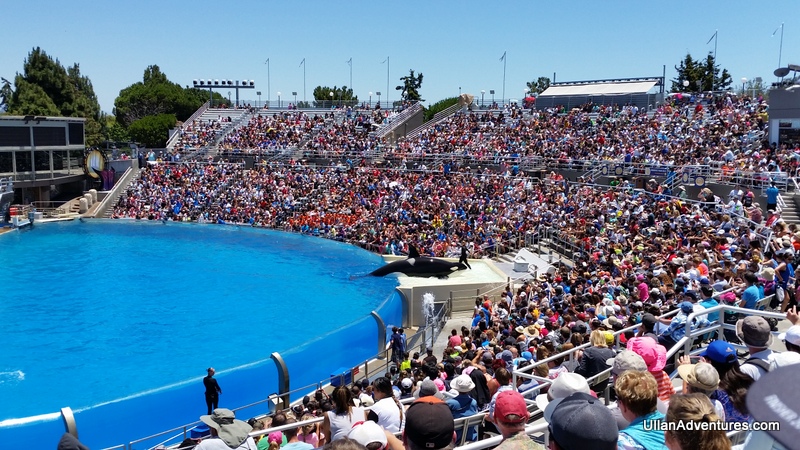 We never went to Sea World while we were living in San Diego despite being a few miles away and hearing their fireworks show every night during the summer.  I wanted to take the kids but with all the controversy about killer whales in captivity, I decided to stay away.

However, I had always wanted to take the kids since I remember going as a kid and remember what a big impression it made on me and how it gave me a love of the ocean as a young kid.

We started off by visiting the orca and dolphin show that was happening right after we entered the park.  The orcas are such magnificent creatures and I was taken by their power and size. 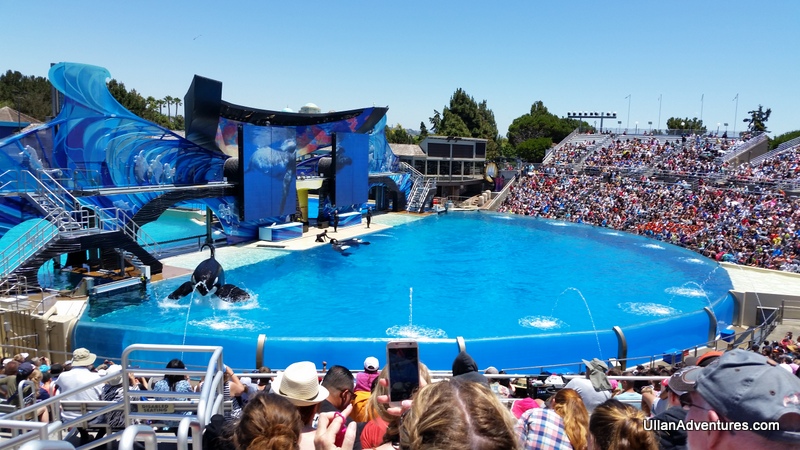 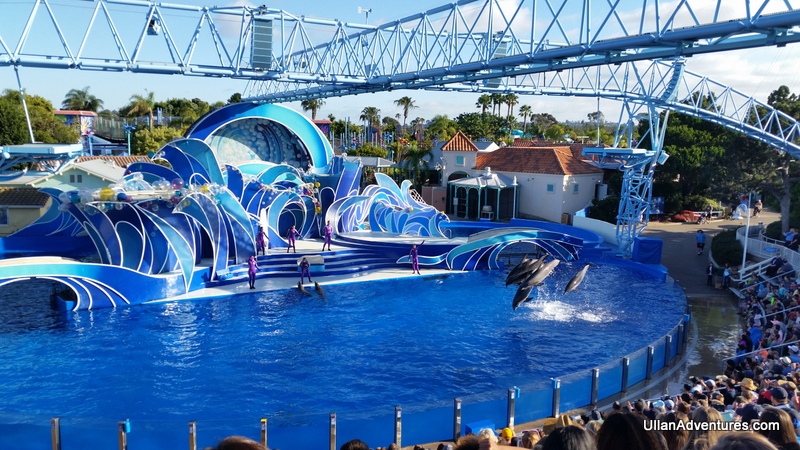 Then we went to watch the orcas swim.  This was a really cool experience as some of them came right up to the glass over and over.  The kids seemed to love seeing them up close. 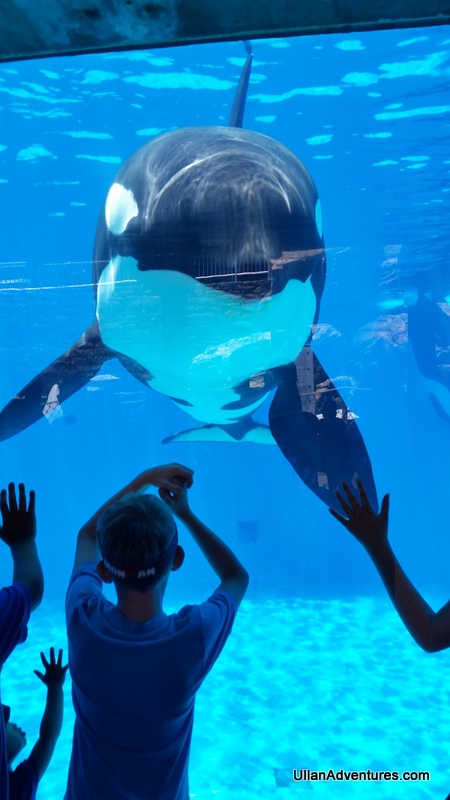 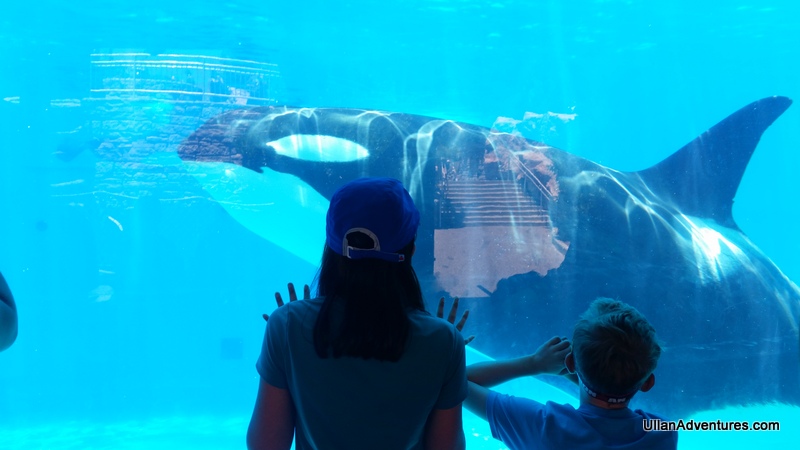 From there, we went to a Sea Lion and Otter show.  We LOVE otters in our house so there was no way we were going to miss seeing one.  He was adorable and the sea lions were great too. 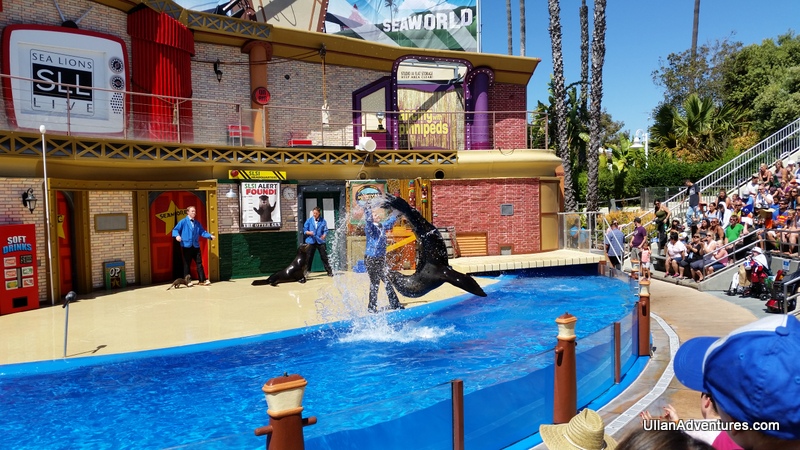 Then we wandered around the park and rode some rides.  We also found a spot where the kids could feed and pet sting rays which they loved. 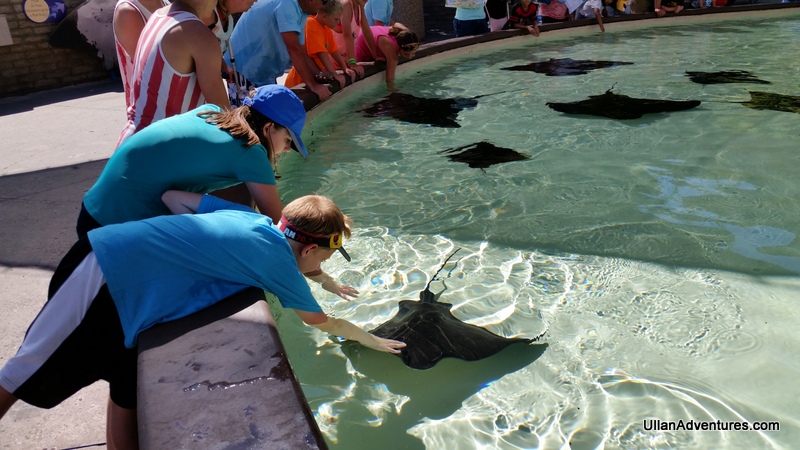 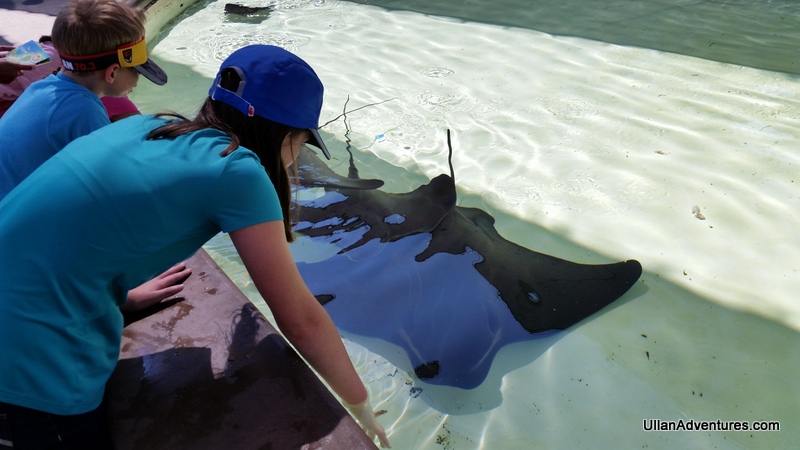 Then we wandered over to the penguins because Mara loves penguins! 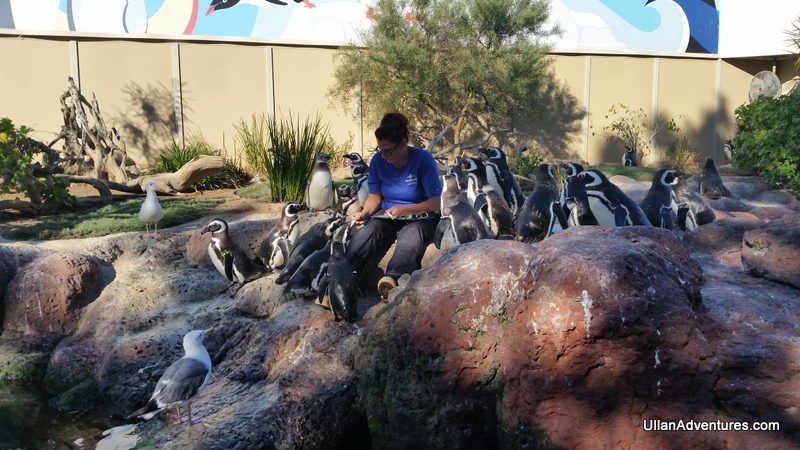 From there, we wandered to the arctic exhibit to see the polar bears and beluga whales.  Mara fell in love with the beluga whales!  We spent a long time at tank level watching them swim. 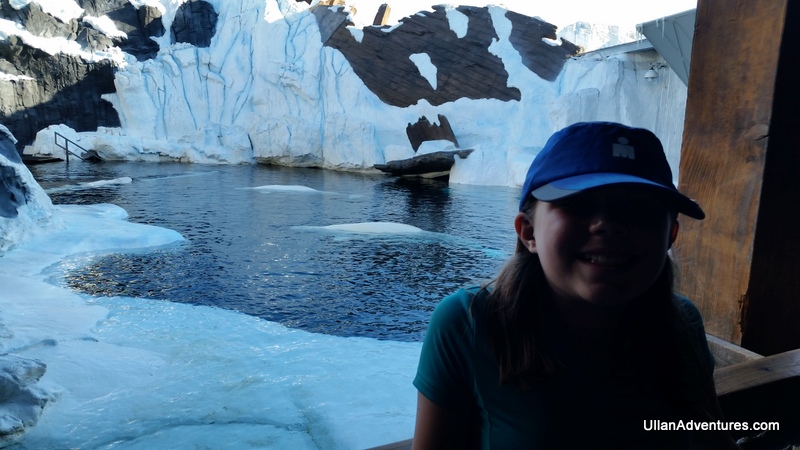 We also met a walrus that kept swimming up to the glass and flipping right in front of the kids. 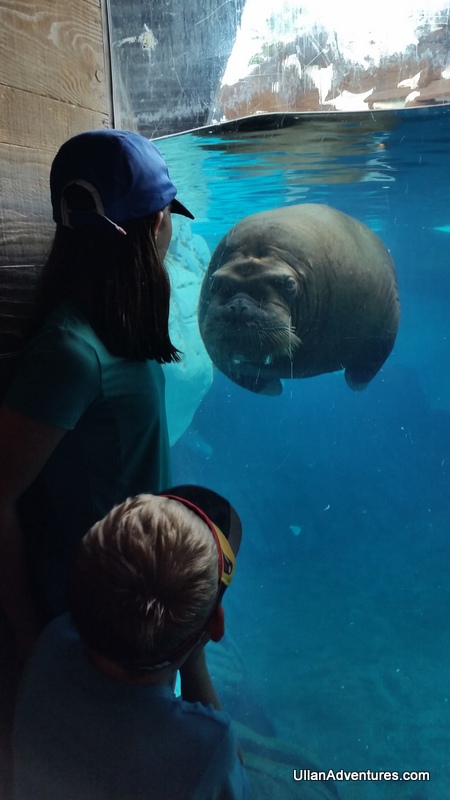 All in all it was a great day at the park and I was glad that the kids could fall in love with the ocean animals.