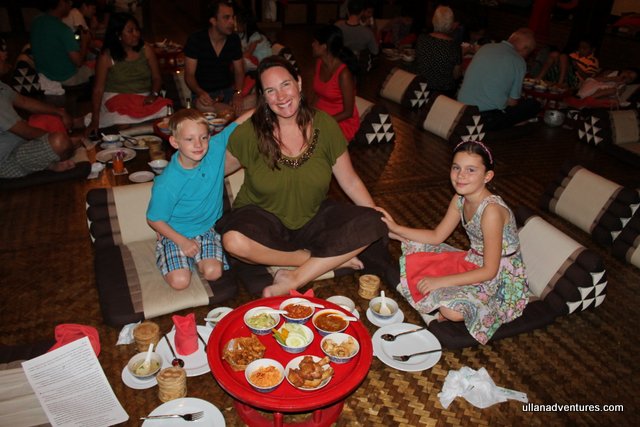 For my birthday, I wanted to attend a Traditional Khantoke dinner.  A khantoke is a special pedestal tray used in Northern Thailand as a small dining table for special occasions.  The Traditional Khantoke dinner we attended at the Old Chiang Mai Cultural Center consisted of sitting on the floor and eating food served on a khantoke while we watched Thai dance performances.

We sat on the floor on a cushion with a triangle of cushions behind our back (there are tables and chairs in the back for those that can’t sit on the floor).  Then a server brought a khantoke filled with 6 different dishes ranging from fried chicken, Burmese pork curry, fried pork skin and fried bananas.  We also got little baskets of rice and sticky rice to eat along with the food, along with crispy, sweet rice for dessert.  The Burmese curry was quite spicy but delicious and I wasn’t going near the fried pork skin but overall the food was good and was a nice sampling of things I wouldn’t have normally ordered. 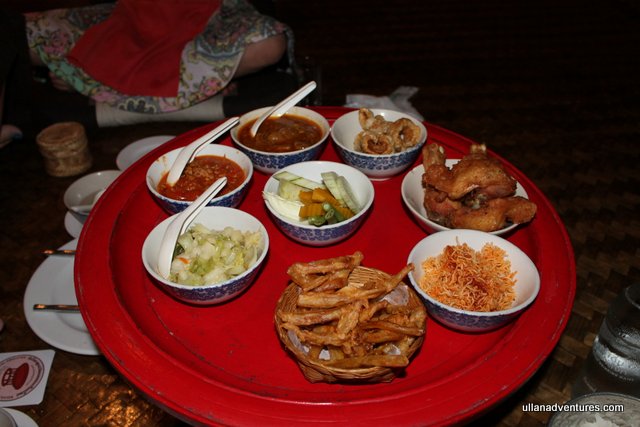 After the meal, there were different traditional dance performances.  There was the Fingernail dance, a 12 sword dance, a candle dance among many others. 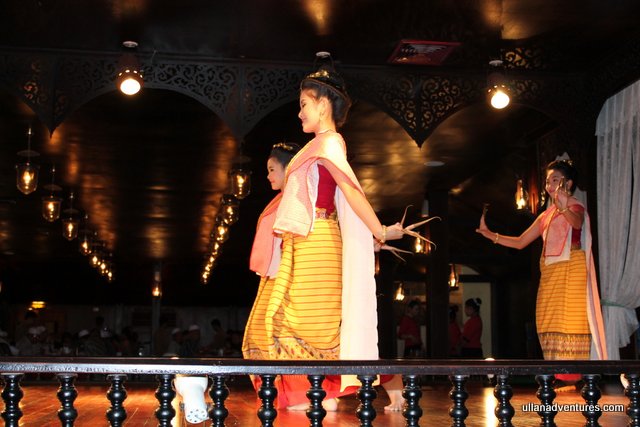 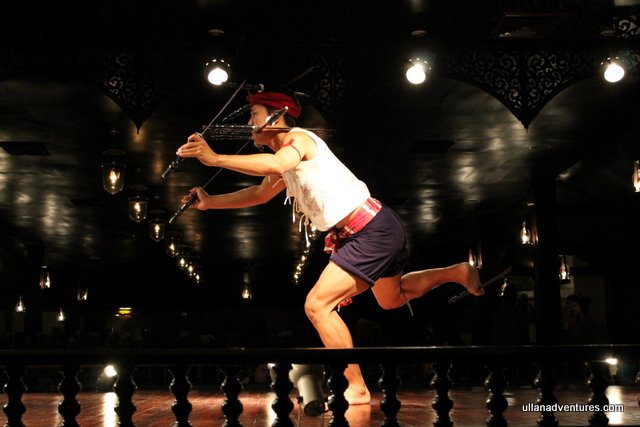 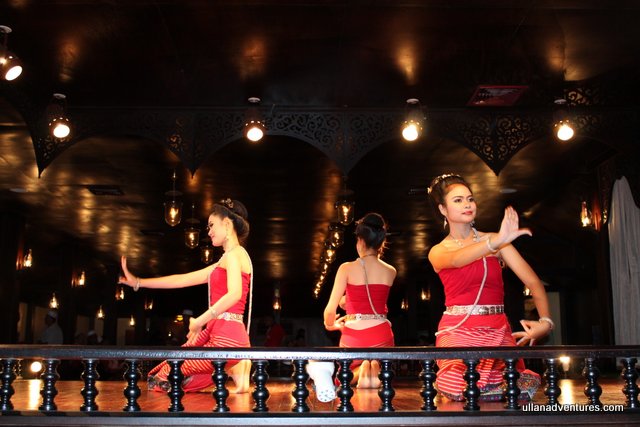 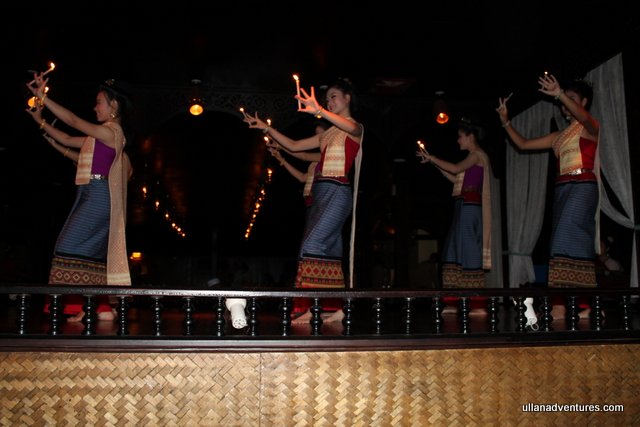 At the end, the kids are invited to come up and learn a simple traditional Thai dance called the Circle Dance. 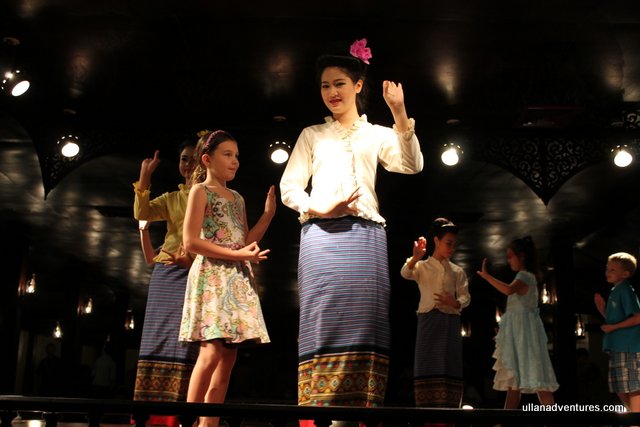 These shows ranged from simple songs and dances done around a (fake) campfire, fire twirling, and my favorite, the kids playing a hopping game using huge bamboo poles.  Many of the performances were rough around the edges, but there’s still a charm about them 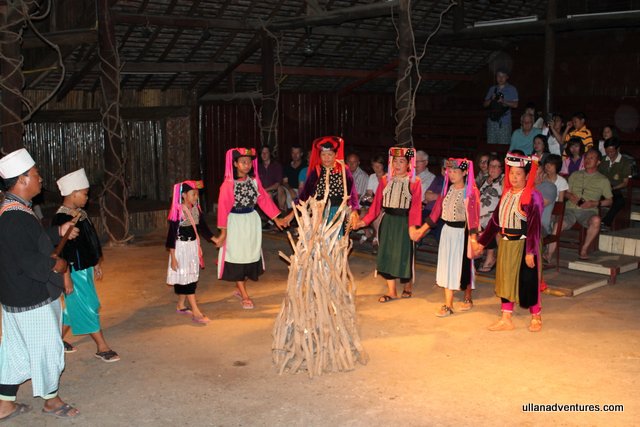 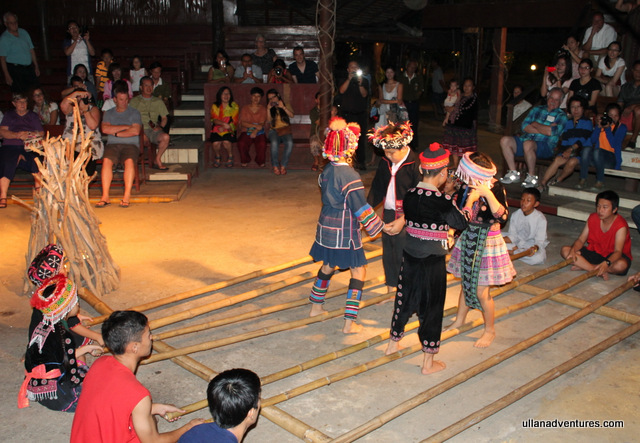 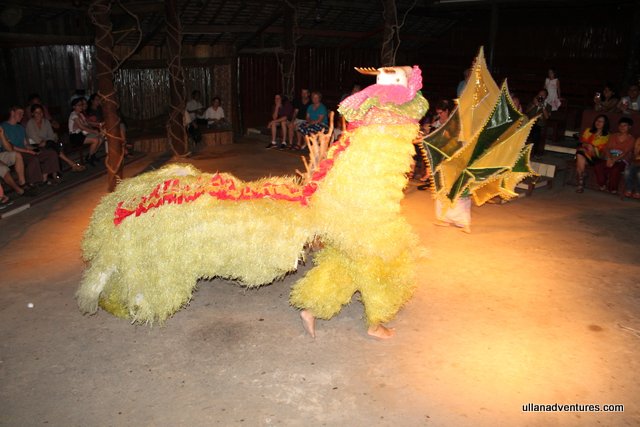 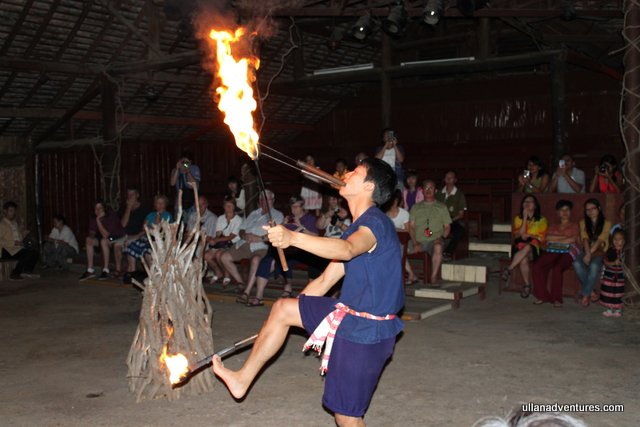 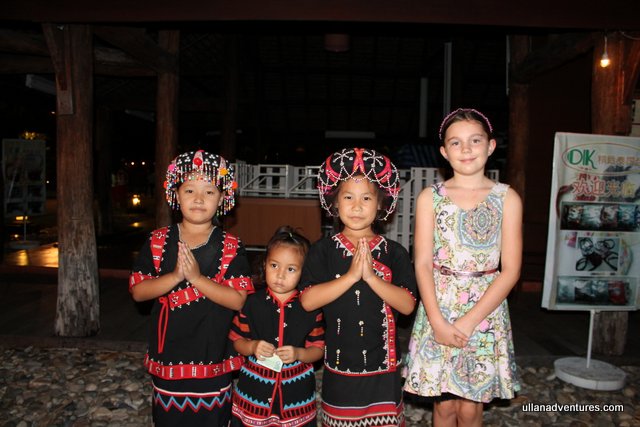 The entire evening lasted close to 3 hours and was a very enjoyable night out.  The kids loved it and we even bought some long fingernails for them so they could perform their own Fingernail Dance at home.

The Traditional Khantoke dinner can be booked via the Old Chiang Mai Cultural Center website.  Cost was 520 Baht for adults ($17) and they gave us a discount for the kids (maybe 20-30%?), but it doesn’t state any discounts for children on the website.

Next post: Holding Bugs at the Siam Insect Zoo