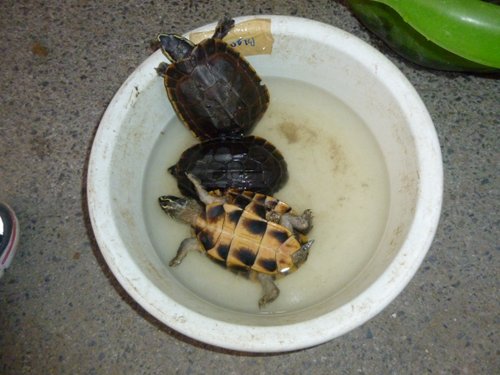 Get your live turtles here!

There is a market on Canal Road near our house that pops up on Monday, Wednesday and Friday nights.  Its a locals market and it gets so crowded that its hard to get by on Canal Road and they have a traffic cop directing traffic and pedestrians.

Chuck stopped by once and was the only foreigner there.  He was so amused by the market that he took all of us there later.  We have no idea what the market is called, however, we refer to it as Turtle Market because they sell live turtles (amongt other things) there.

Some of the awesome things we saw for sale: live turtles, live snakes, live eels, and live frogs.  Fighting beetles. Every part of an animal butchered and laid out, often covered with flies.  And of course the usual things like premade food, vegetables, fruit, clothing and snacks. 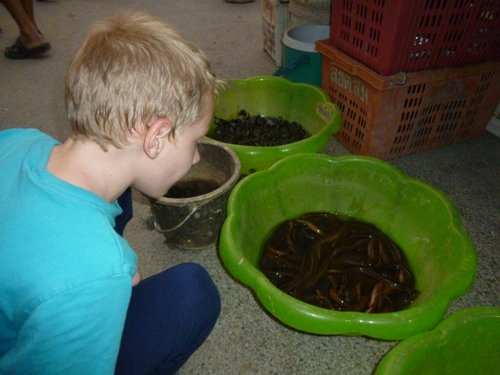 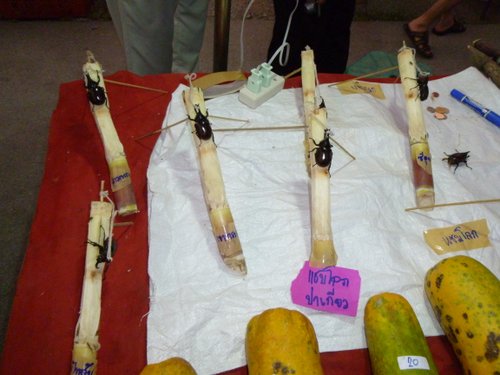 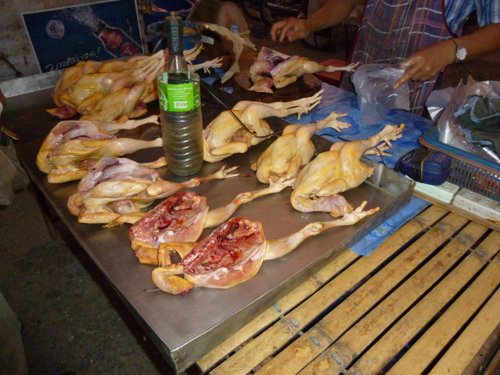 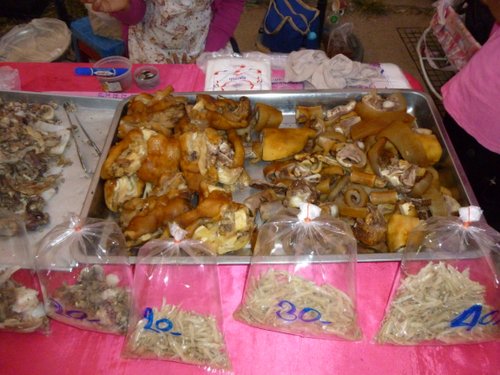 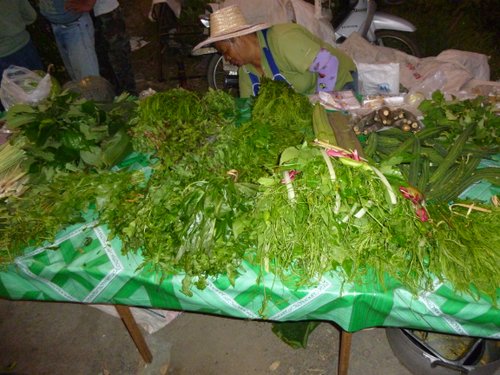 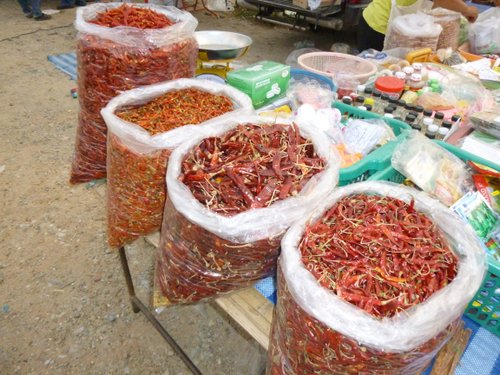 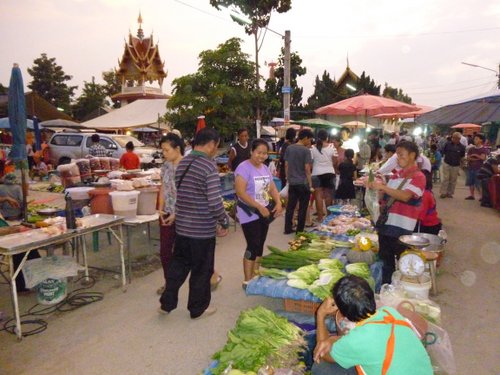 Overview of the market