What the Hell Did We Do? 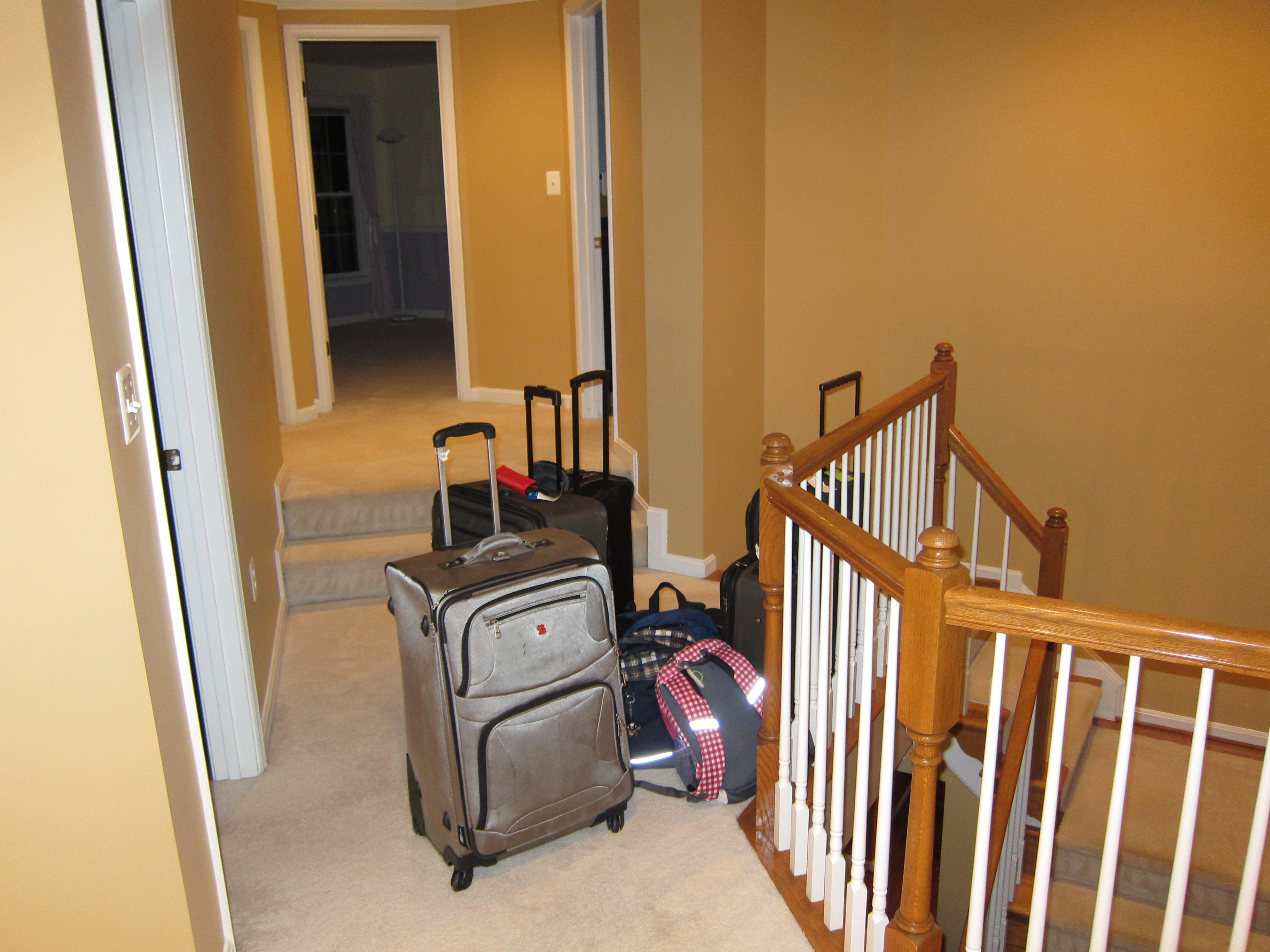 I finally sat down and looked at photos of us from our last weeks in Virginia.  Pictures of some of the things we sold, pictures of the kid’s goodbye party, pictures of our empty house and pictures of us arriving here.

I couldn’t look at the pictures of our empty house.  I have no idea why but I was not expecting the flood of emotions to arise so swiftly and so deep.  I made it through a few pictures and shut it down.  Later I went back to clear out pictures of things we sold and it kept hitting me – all of that is gone.  The house, the furniture, that couch, the minivan, that swingset.  All gone.  Forever.

You know, the last week or two of leaving were absolutely crazy busy.  I think we decided to sell our minivan instead of keeping it about 10 days before we left.  We sold it 3 days before we left.  Many other things left the house that last week.  We moved the big furniture out a week before we left but all the other stuff was there till the last day or two when we scrambled to get it all into boxes for shipping or storage or to give away.

It was even that way saying goodbye to friends and family.  Hugs, “come visits”, smiles and very few tears.  It just didn’t feel like the end… because everything felt like I was getting ready for the beginning.

And now, seeing the pictures… well now is the time for the emotions I guess.  The reflection on what we did.  Now the whole picture is becoming much clearer and all of that is firmly in the past and I’m still mentally trying to catch up.

I don’t regret it of course.  At least not yet.  And I doubt I ever will.

But now is the time when I can truly look at what we’ve done and go “wow”.  And feel a bit shocked at the drastic change we made.  And to try to make sense of new life and figure out how I want to lead it and how I don’t.

And now I guess is the time to say goodbye and really move on.  To review that chapter, smile at the memories, and finally turn the page.