Ziplining – Flight of the Gibbon

We originally wanted to zipline in Hawaii, but put that off once we knew we were heading to Thailand.

Flight of the Gibbon is about a 45 minute drive up into the mountains East of Chiang Mai.   The scenery was great, but the last 15-20 min are twisty-turny and our driver was a bit aggressive.  Luckily none of us got sick, but if we’d had another 5 minutes, it could’ve been ugly.

After you’re geared up, they drive you about 5 minutes to the start of the course where you get a safety briefing. 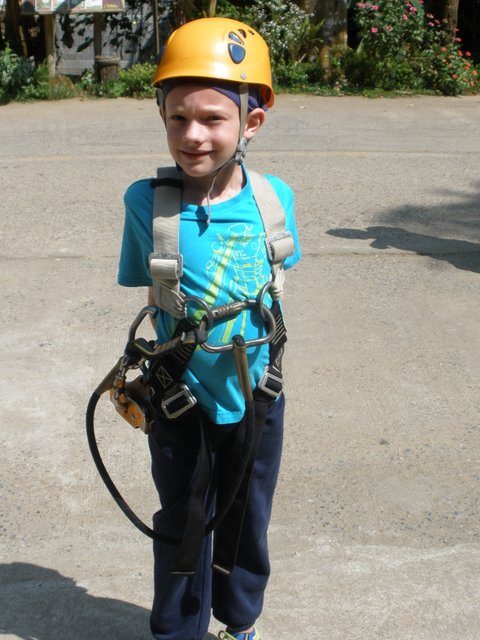 Beckett is all geared up!

You start out with a couple of small ziplines then hike about 15 minutes uphill to get to the longest line on the course, over a half mile.  From there, you mostly zig zag across a valley, with some shorter lines, bridges, and stairs mixed in. 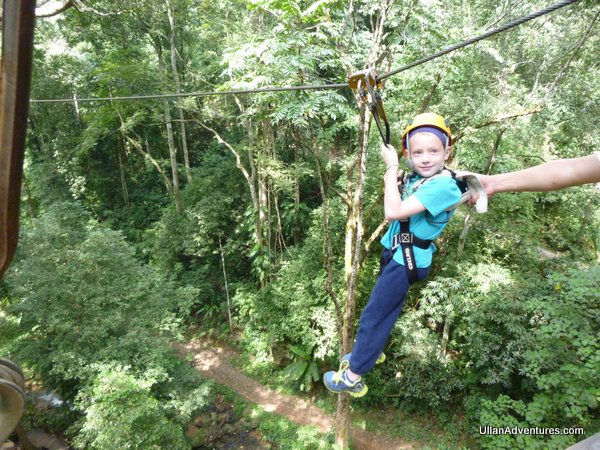 They have a couple tandem zips, which is where these next two pictures were taken. 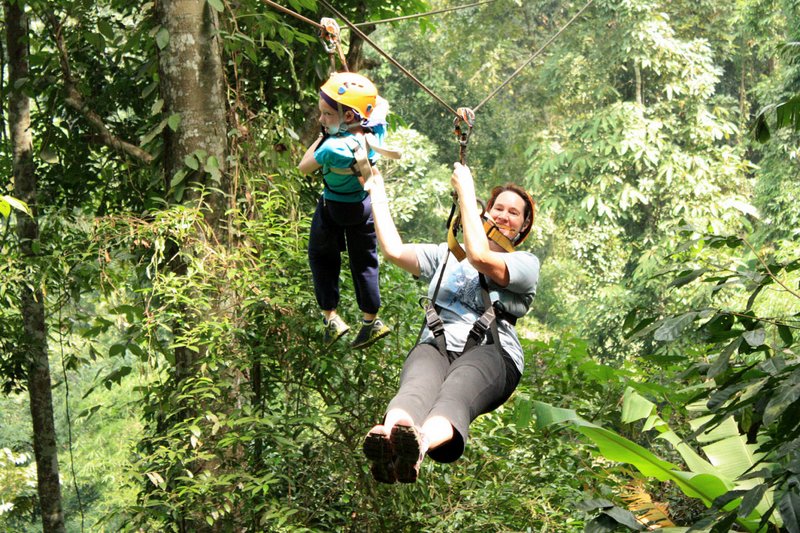 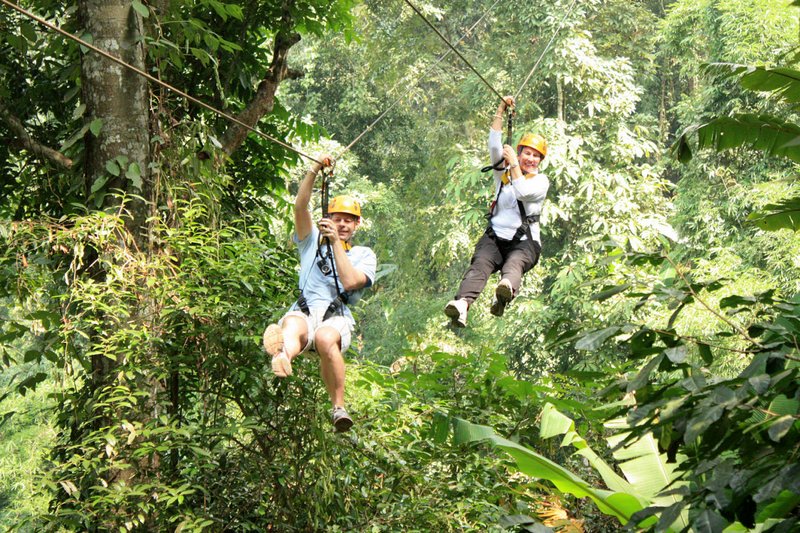 I love this next picture.  Beckett was fearless and had the time of his life, just kicking and making all sorts of joyous noise! 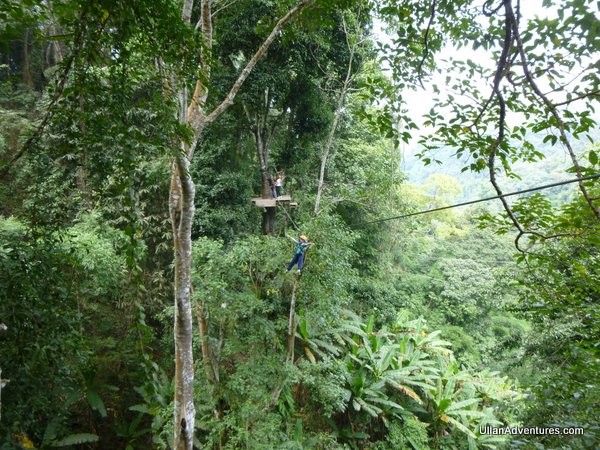 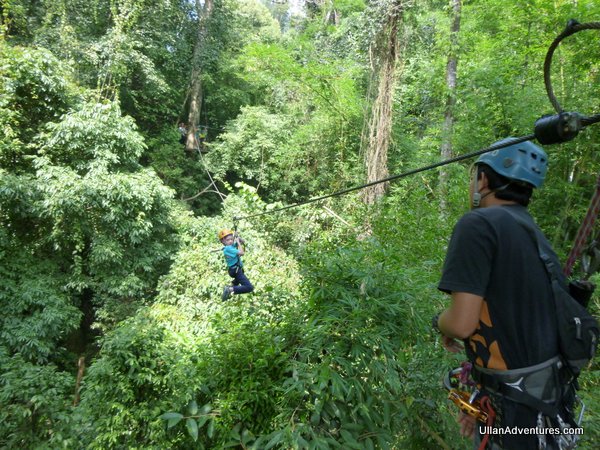 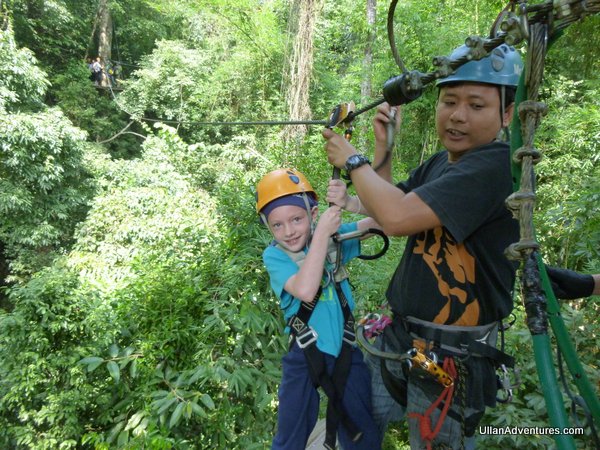 The rest of us had a really good time too! 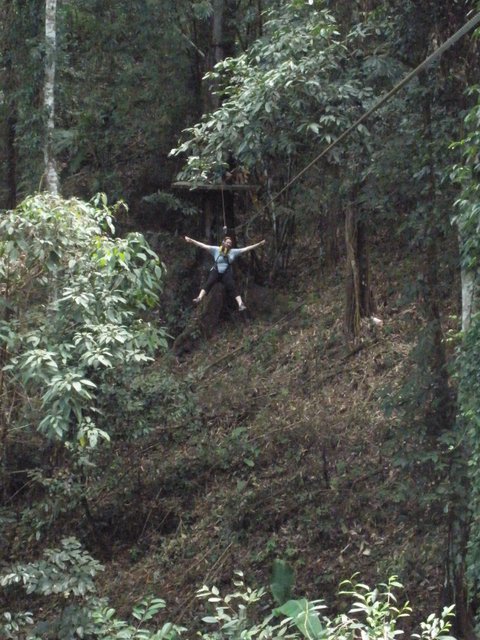 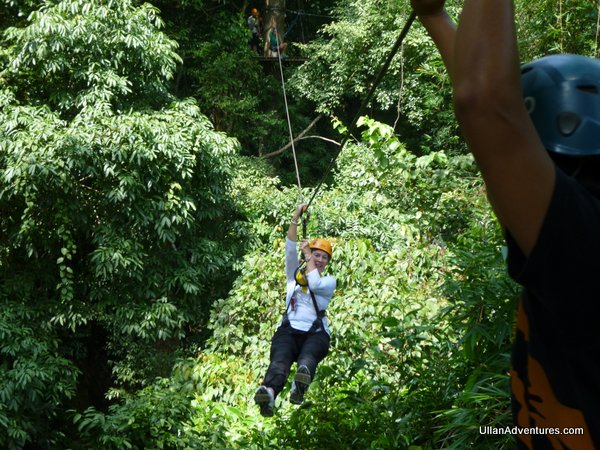 There were a few “Indiana Jones” bridges we crossed. They sway and rock quite a bit. We were tethered, but it’s still kinda freaky. 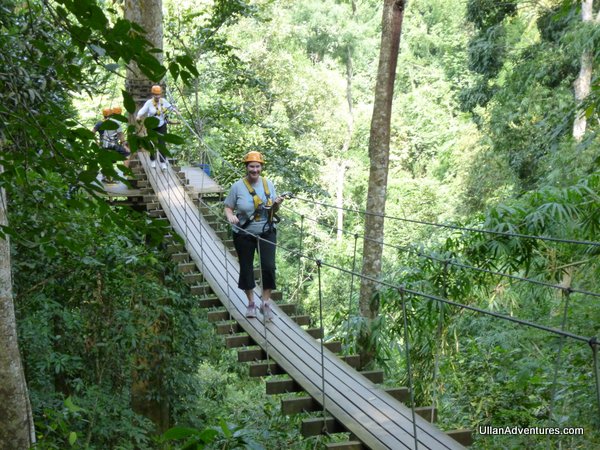 Kirsten going across a bridge 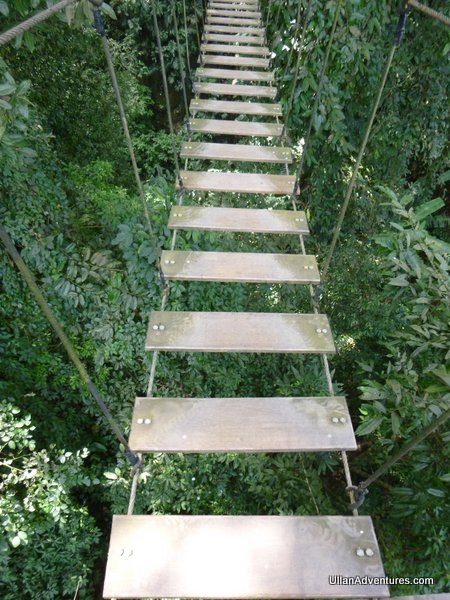 Looking down through one of the “Indiana Jones” bridges we crossed.

At the end, you’re still way up high, so you abseil twice down about 75 feet.  In English, that means they just hitch you to a rope and lower you straight down. 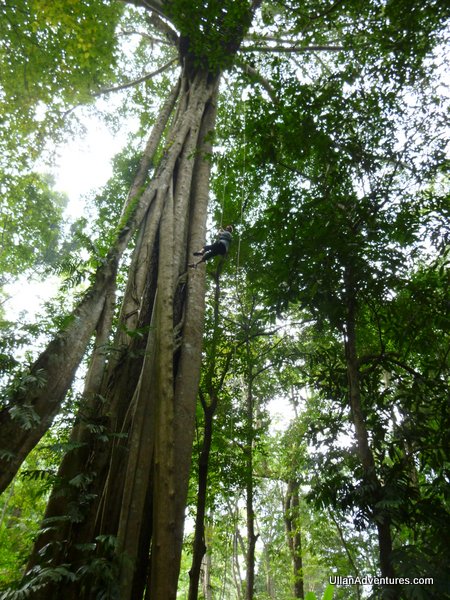 Kirsten abseiling down from the final platform.

And yes, there were Gibbons. They live up by the start of zipline #3, so you get to check them out while resting from the hike up the mountain. 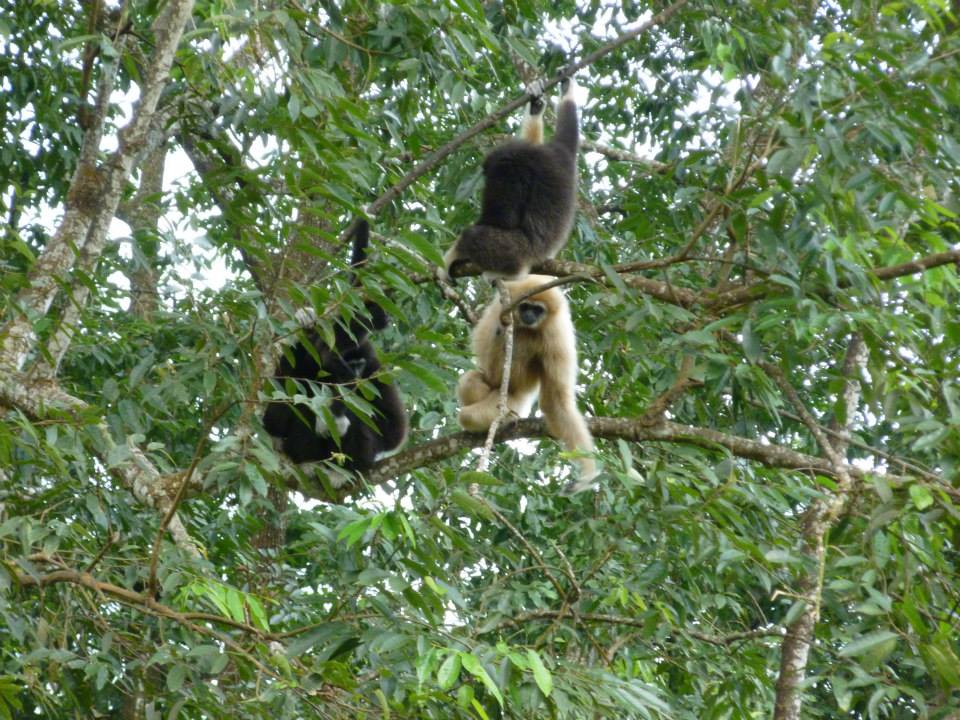 Sadly after 3 hours and 33 different stations with dozens of ziplines,  it was over.  But what an experience! 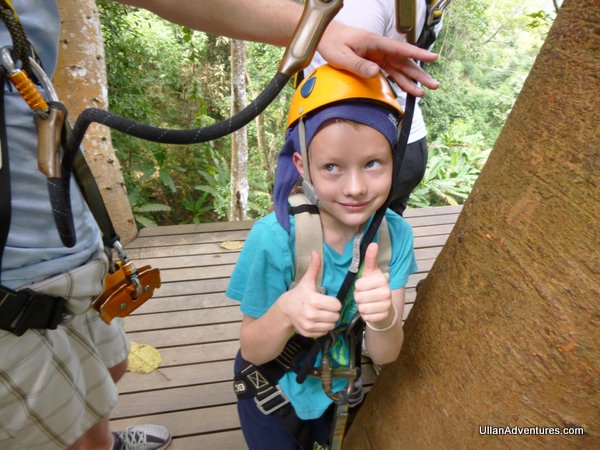 Who’s got two thumbs and loves ziplining? THIS GUY!

I was a little skeptical about doing ziplining, especially given the cost.  However, it was quite the thrilling experience.  It’s a really neat way to experience the jungle and you get enough adrenaline from the heights and obstacles that it’s not just a lame nature tour.

To do this, just book with Flight of the Gibbon directly and they pick you up in town.  There’s very little room for cars up there, so driving yourself is discouraged.  Cost was 3,300 Baht (about $11o US) with no discount for Beckett.

Flight of the Gibbon