The Acropolis and Parthenon in Athens, Greece 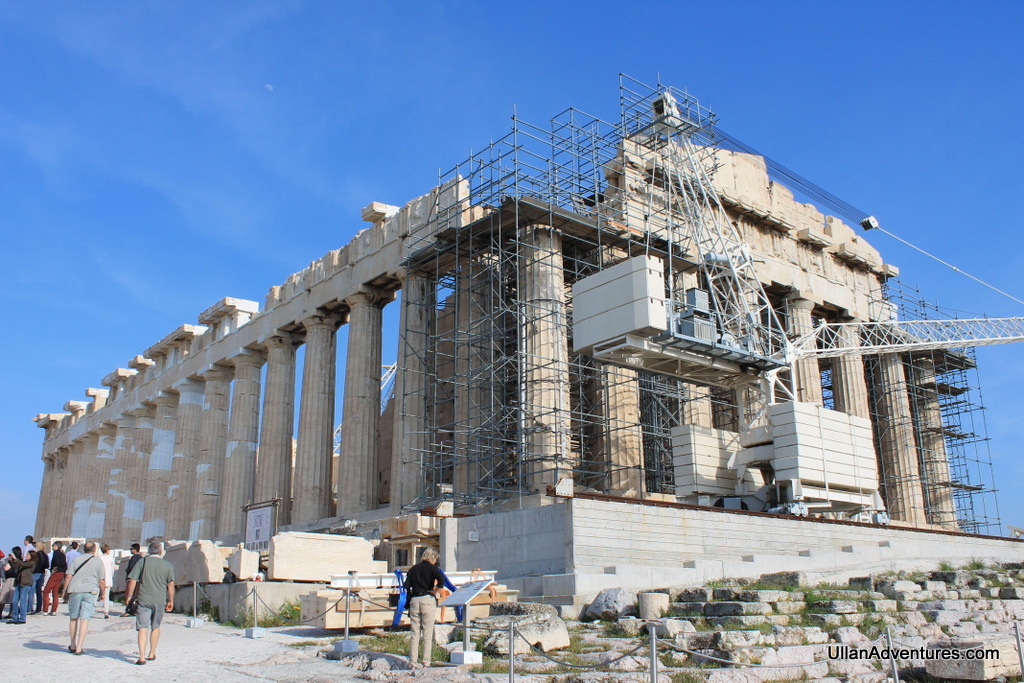 Visiting the the Acropolis and Parthenon was never that high on my priority list.  I always figured I’d get there and it’d be cool to see, but it wasn’t a place I just HAD to visit.  I definitely got more excited to see it this year as I taught the kids Ancient Greek history.  And once our travel plans included Greece, we decided to spend 2 days in Athens mostly just to see the Acropolis and Parthenon.

A little refresher: the Acropolis is the name of the gigantic rock in the middle of the city.  The Parthenon is only one of the buildings on top of the Acropolis but clearly the most famous.  The Parthenon was started in 447BC as a temple to the Goddess Athena who was the patron of the city of Athens (hence the name).  The building and most of the statues and carvings have been destroyed, largely by Christians and Muslims that took over the city in the last 2000 years.  The worst damage to the structure itself came from an explosion in 1687.

There is a new museum that contains what is left of the pieces of these statues and also show models of the original Parthenon and what the statue scenes were on the front and back pediments.  Both sides told a story: one of Athena winning Athens from Poseidon and the other side shows Athena’s birth from Zeus.

After visiting the museum, it was time to hike up the Acropolis and check it out.  You pass some ruins and this cool amphitheater on the way up.  It was a neat little stop off and a great excuse to rest and catch our breath.

Once we got to the top and saw the Parthenon, I have to say I was blown away.  The building is impressive even though its missing all of its statues, pediments and friezes and is largely destroyed.  But one can just imagine what it must have looked like when it was completed.  I so wished I could travel back in time to see it in all its glory.  And to see the magnificent statue of Athena that it housed but has sadly been lost.  I kept trying to imagine what it would’ve been like to be here 2400 years ago and was so in awe of the buildings. 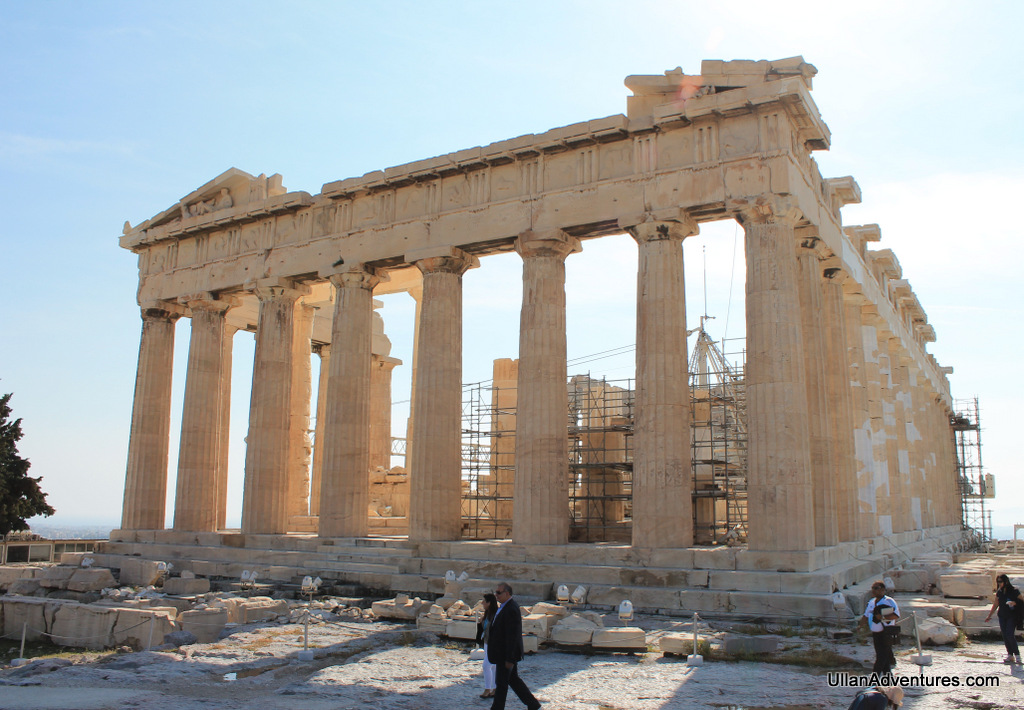 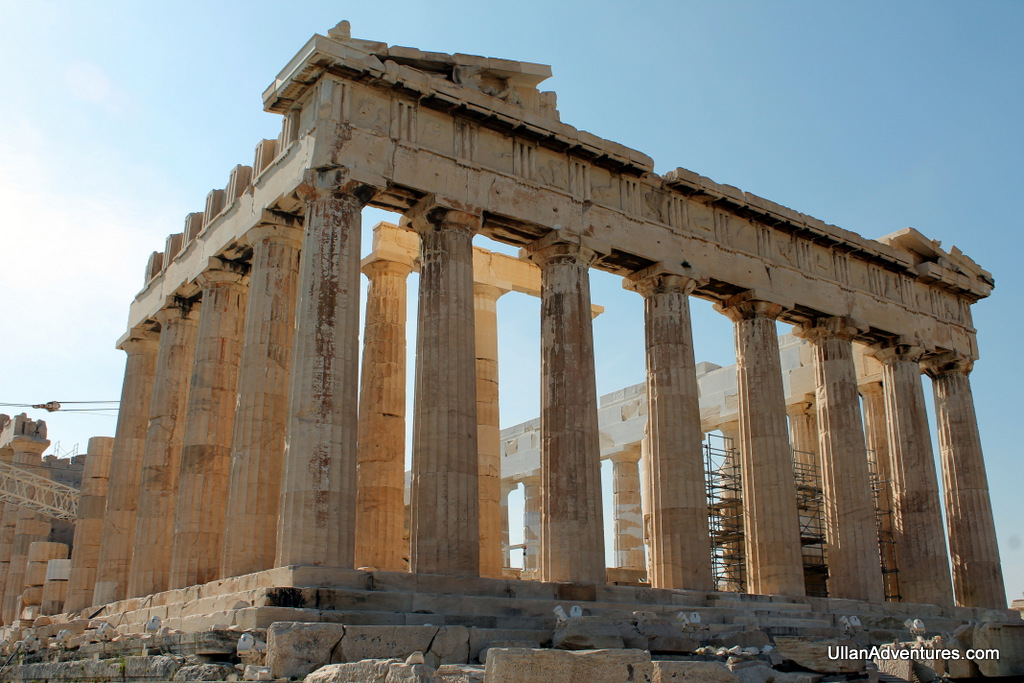 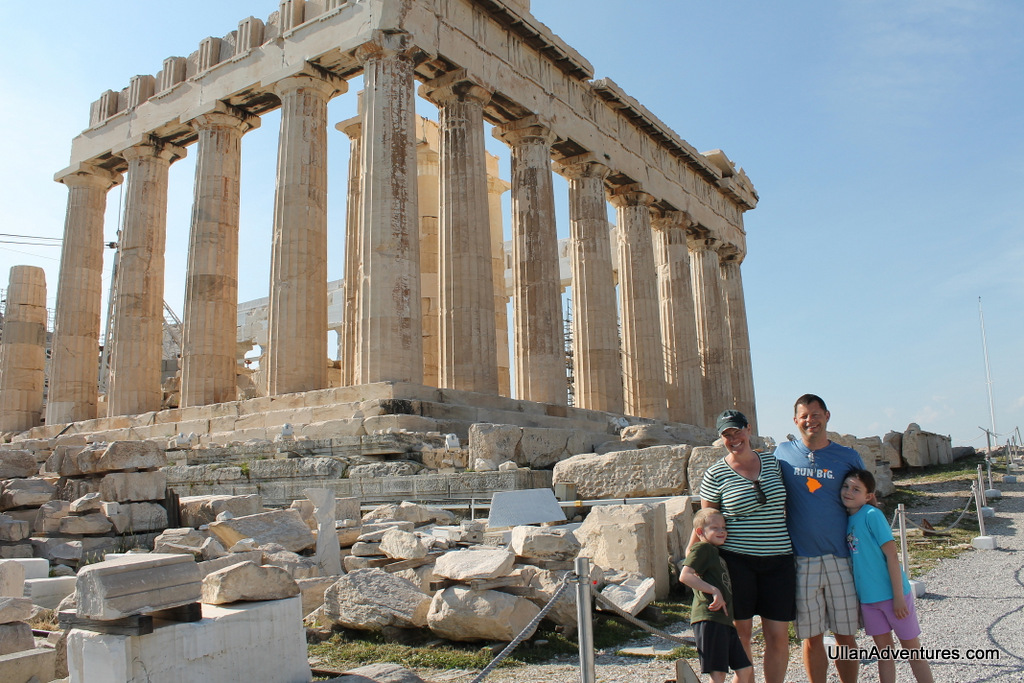 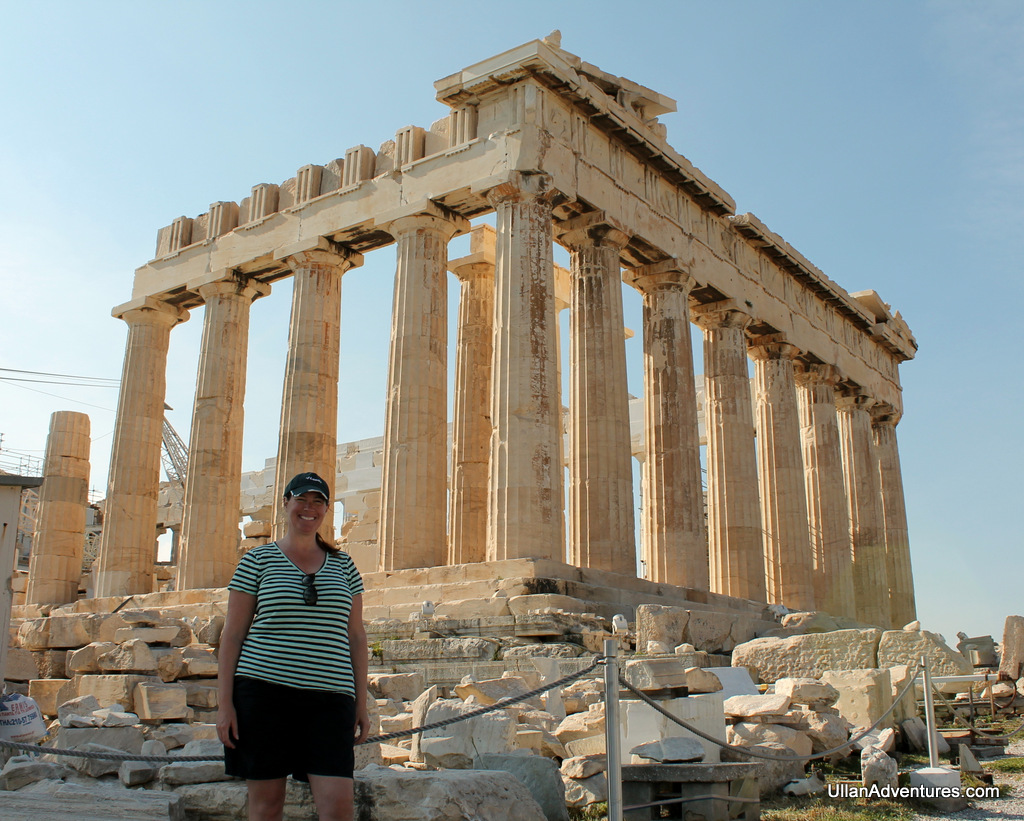 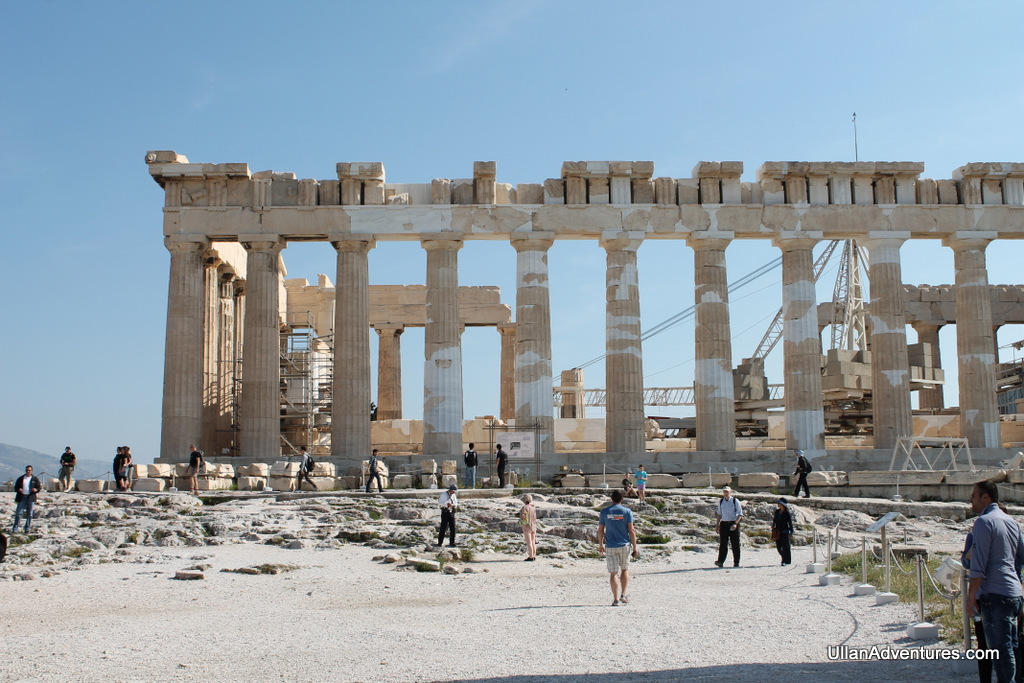 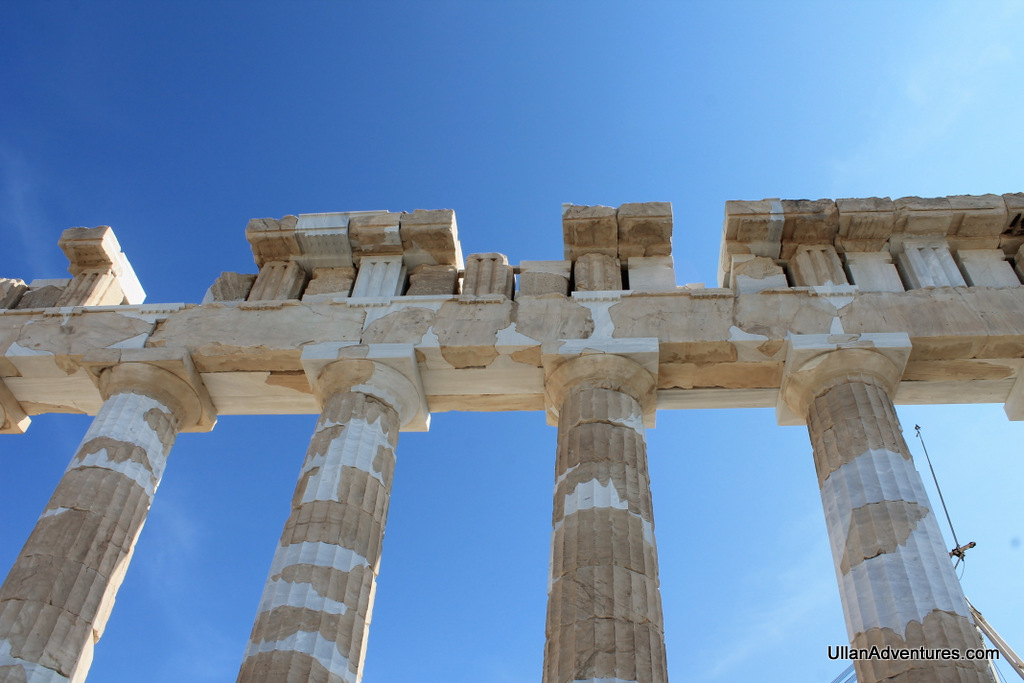 And then there are the views of Athens from up top.  You get an almost 360 degree view of the city and can even see out to the sea.  Chuck and I could’ve sat there for hours just taking in the views. 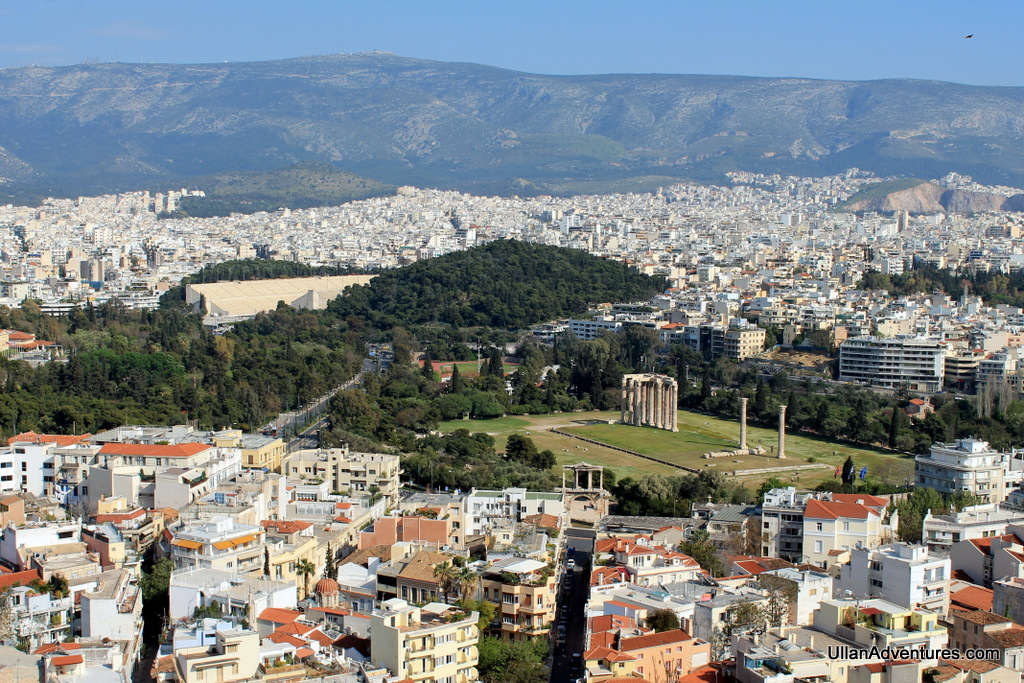 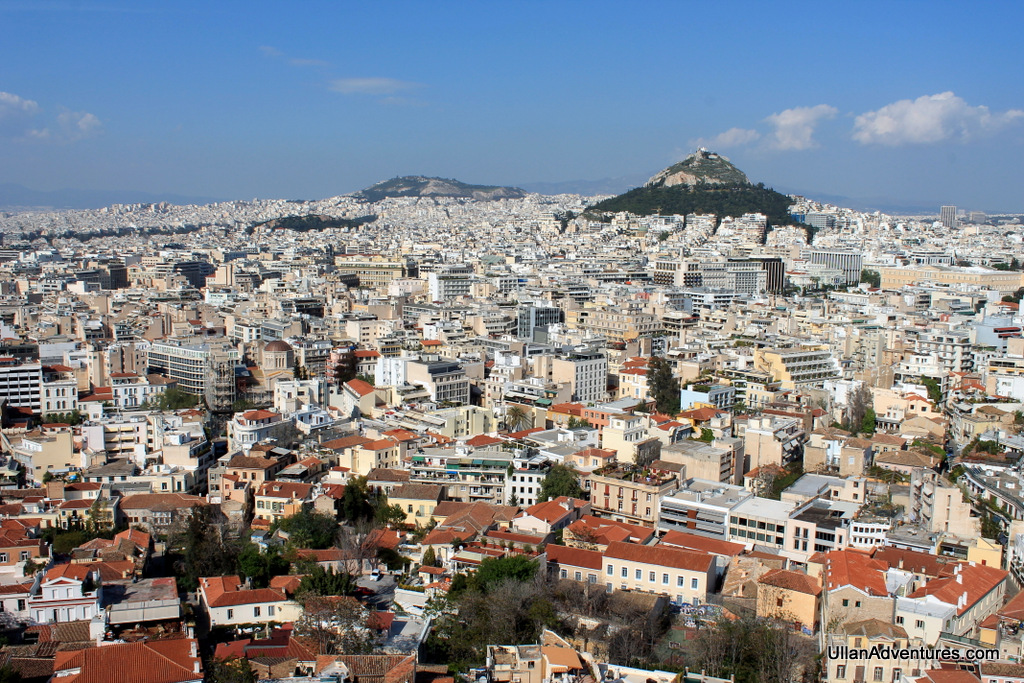 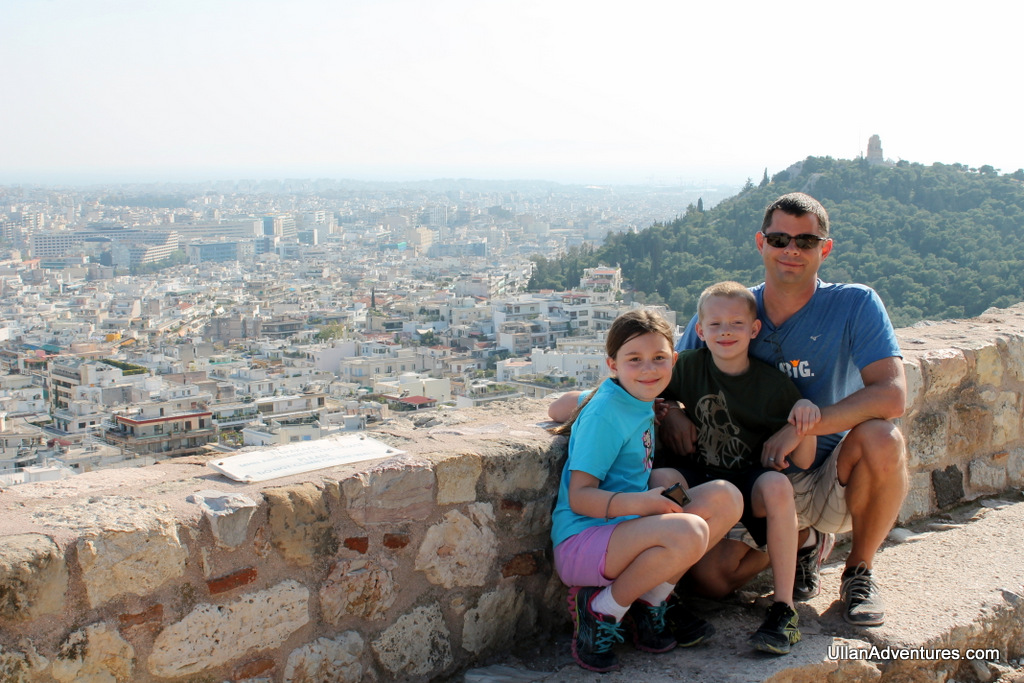 Another neat building on top of the Acropolis is the Erechtheion or “Old Temple” of Athena.

The Erechtheion or “Old Temple” of Athena 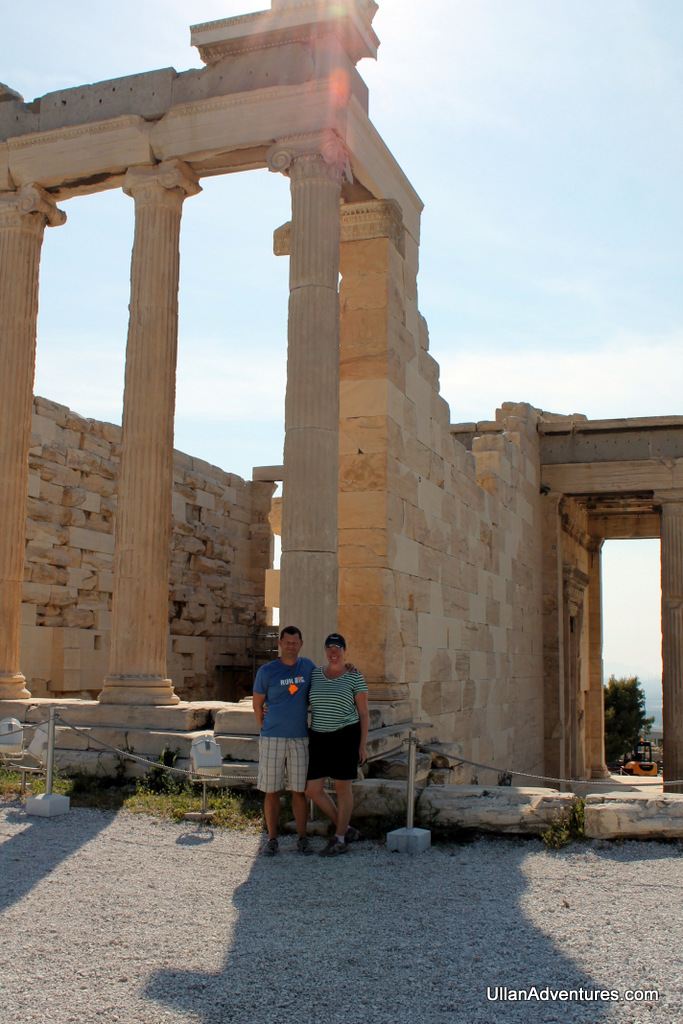 Lastly, here are some pictures of the The Propylaea which was a monumental gate at the western end of the Acropolis. 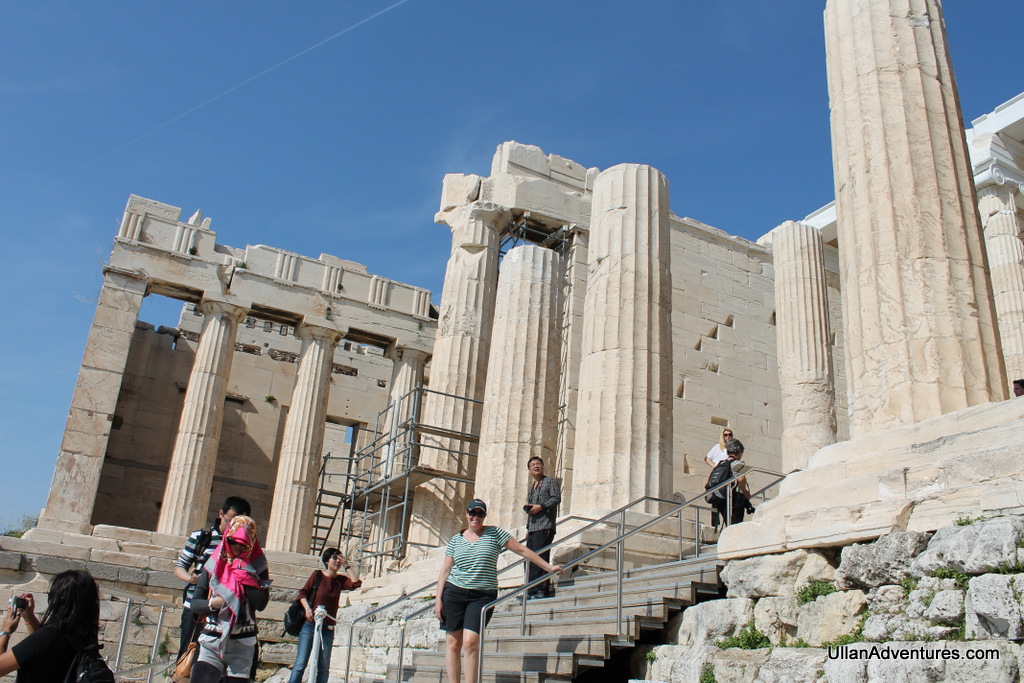 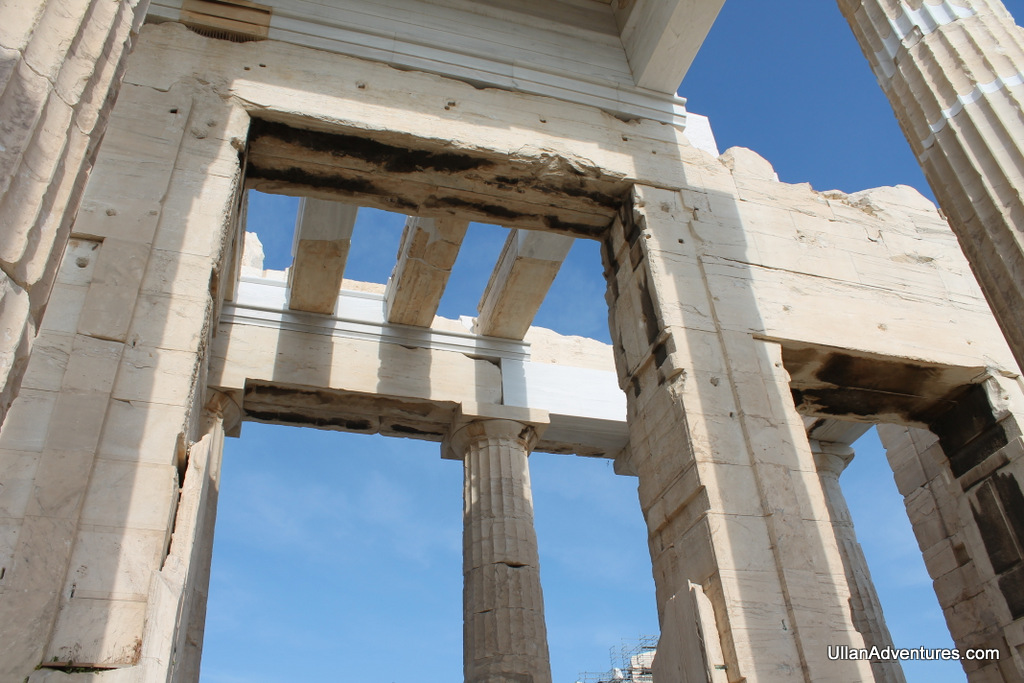