We’d seen signs for Chiangmai F.C. (FC = football club / soccer in U.S) around town and figured it would be cool to get out to a sporting event with the kids while we’re here.  We enjoyed it so much, we’ve gone back 2 more times!

They play in a stadium about 20 minutes from town and it would probably hold 8,000-10,000 fans if full.  We weren’t really sure what to expect, whether the crowd would be rowdy, what the food situation was, etc.

For our first game, we decided to spring for the expensive tickets.  And by expensive, I mean 80 baht ($2.60).  That gets you a general admission ticket in a good location with a roof overhead.  Note: Roof is useful during rainy season!

All food and drink is sold outside the stadium at an outdoor market, with a mini outdoor market set up that has all the foods you see at the night markets.  (you can just carry it in.)  There’s usually some music, promotional events, and merchandise sales near the main gate as well. 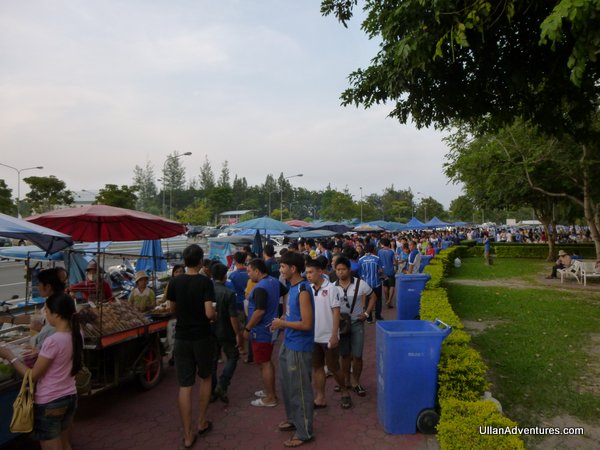 The stadium isn’t optimal for viewing, as it’s multipurpose and there’s a track running around the outside of the field, causing a gap between the field and the seats. 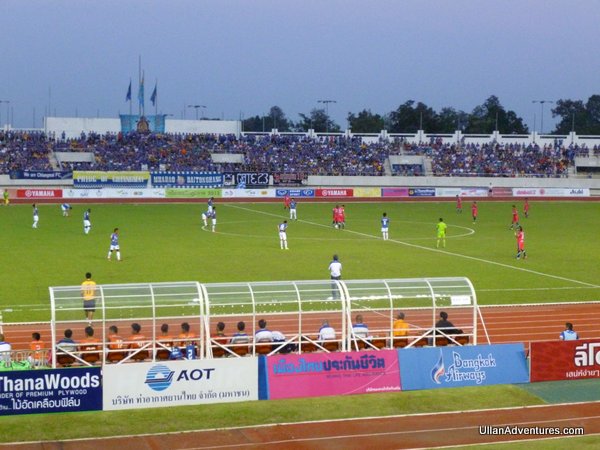 The game environment was pretty positive.  People cheered the team, but not in a rabid way.  I didn’t see any violence, drunk-ass idiots, or anyone yelling inappropriate things.  For the most part, it felt like a big party.  It probably helps that the team is pretty good this year and they didn’t lose any of the games we’ve attended.

Beckett got a jersey (just $14!) at the first game and he has a good time, though occasionally his attention wanders.  Mara seems to like the whole process of attending the game and eating snacks, but doesn’t seem to give a crap about the game.

After two of the games, we’ve been able to go down to the field and get Beckett’s picture with a few players.  He was very excited to meet the goalie since he was a goalie in hockey and seems to have a fascination with them. 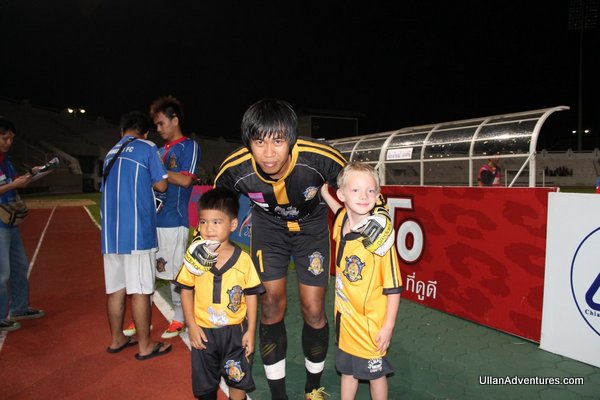 I’ve loved attending the games.  It just feels more laid back than major US sporting events.  It almost has the feel of a minor league baseball game.  There are lots of advertising signs, but game experience isn’t dominated by them.   Basically, it just feels much less structured than a U.S. sporting experience.

Did I say less structured?  That leads to the fun part – after the game.

The players walk around and pause at each  section of the stadium so the fans can cheer them. Several of the sections have people lighting what look like road flares as the players approach.  Can’t fathom seeing this at home, but it is AWESOME.

There are 2 more home games while we’re here and we’re hoping to make it out to them.  It’s really a great time! 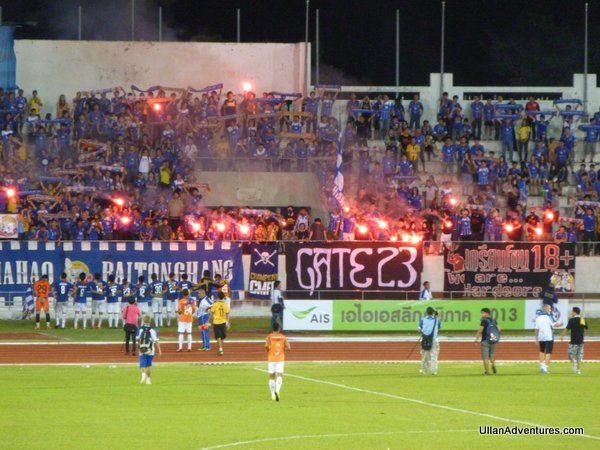 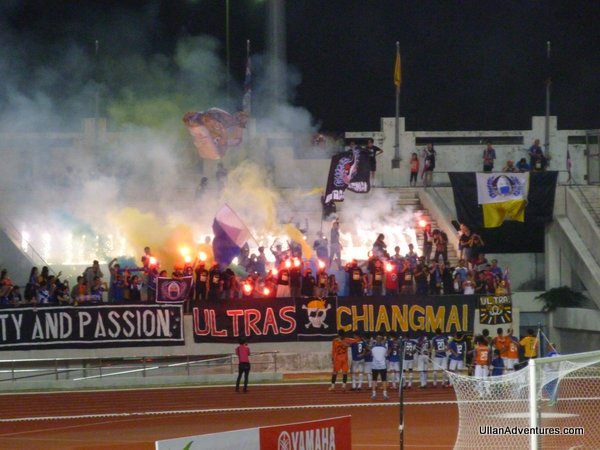 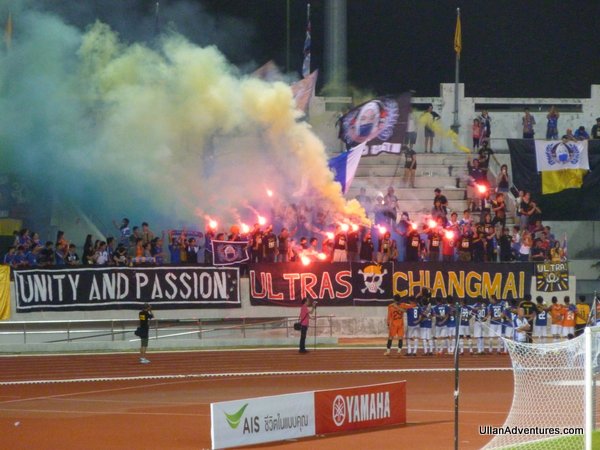 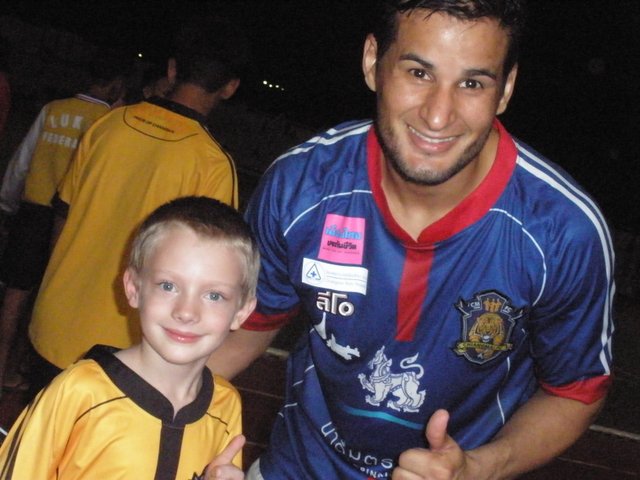 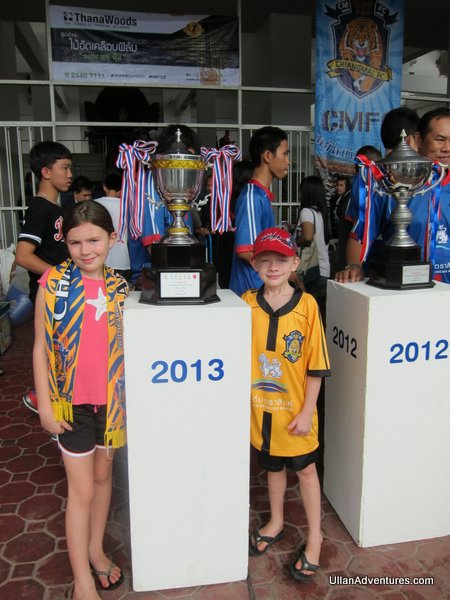 Logistics: The official CMFC website is: http://www.chiangmaifc.com/  But seeing as its in Thai, it wasn’t the most helpful site to us.  There is an English website built by CMFC fans which is where I got the schedule:  http://chiangmaifootballclub.com/ .  The CMFC Facebook group is quite active and you can find information out about games so its worth checking them out:  https://www.facebook.com/cmfcenglish