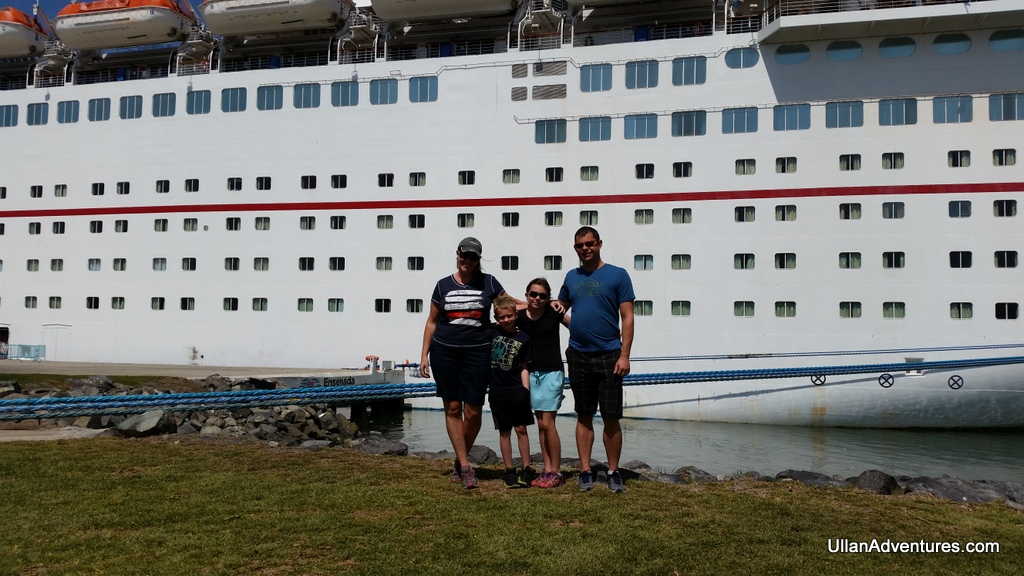 We’d promised the kids we’d take them on a cruise some day especially since we used to see the cruise ship every Wednesday in Kona harbor.  However, Mara (and even Beckett) get sea sick on boats (as do I) so we were little nervous about how they would do.  Enter a 3 night cruise to Mexico!  We lived in San Diego so we only had to drive to Los Angeles and back, it was a short time so even if the kids were sea sick, it wasn’t for too long, AND it was cheap!  So we booked it over their spring break and hopped on board.

It was actually cheaper to get 2 inside cabins rather than all cramming into one cabin so we were able to get 2 next to each other in the front of the ship.  The rooms had a great cubby with portholes that the kids had a blast playing in. 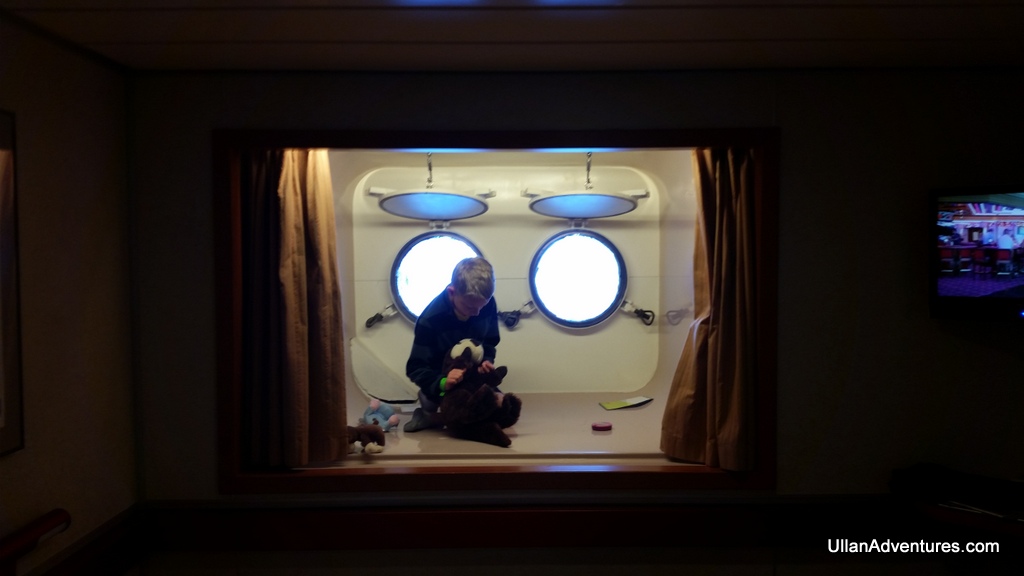 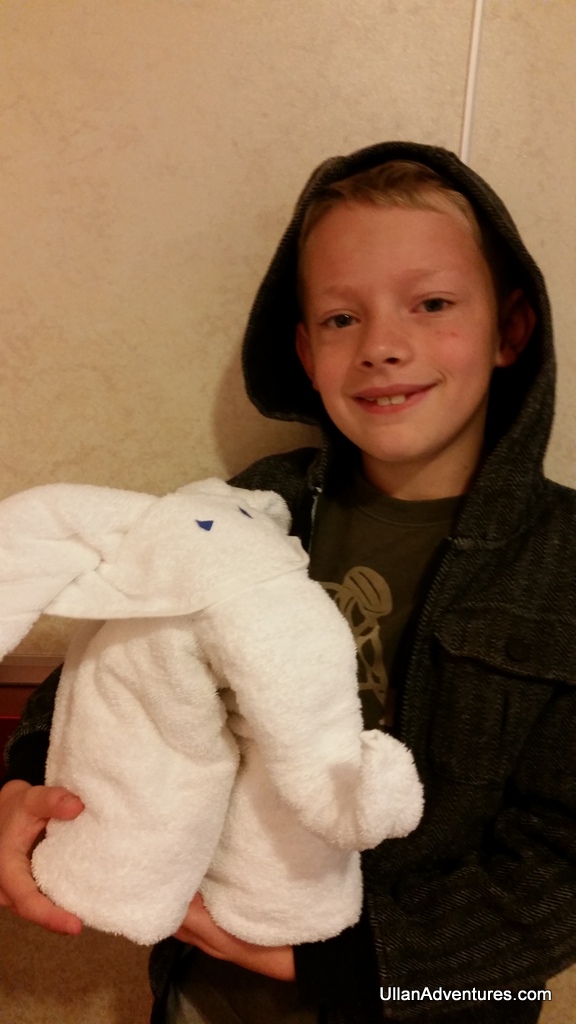 The kids were mesmerized when they finally got on board about how ginormous the ship was.  And they were stunned how much there was to do.  After checking out our room, we went to check out the kids club.  Mara was in a kids club for older kids, however, they allowed Beckett to try it out and he ended up hanging out with the bigger kids the entire time.

To say the kids loved the kids club was an understatement.  They spent the bulk of their time there hanging out with the other kids, playing games, having a night party, playing video games and more.  They never wanted to leave which was great for Chuck and I as we were able to have an alone date night of drinks and live music.

The kids loved the meal times too.  Mara loved trying new foods (turns out she is not a fan of escargot) and they loved the desserts after all the meals.  I think we all got chocolate molten lava cakes after every dinner!

Beckett and Mega at dinner

We docked for most of the day in Ensenada, Mexico so we left the ship and wandered around the town for a couple of hours.  The port wasn’t all that exciting so after a bit of wandering around and a fish taco, we headed back to the ship. 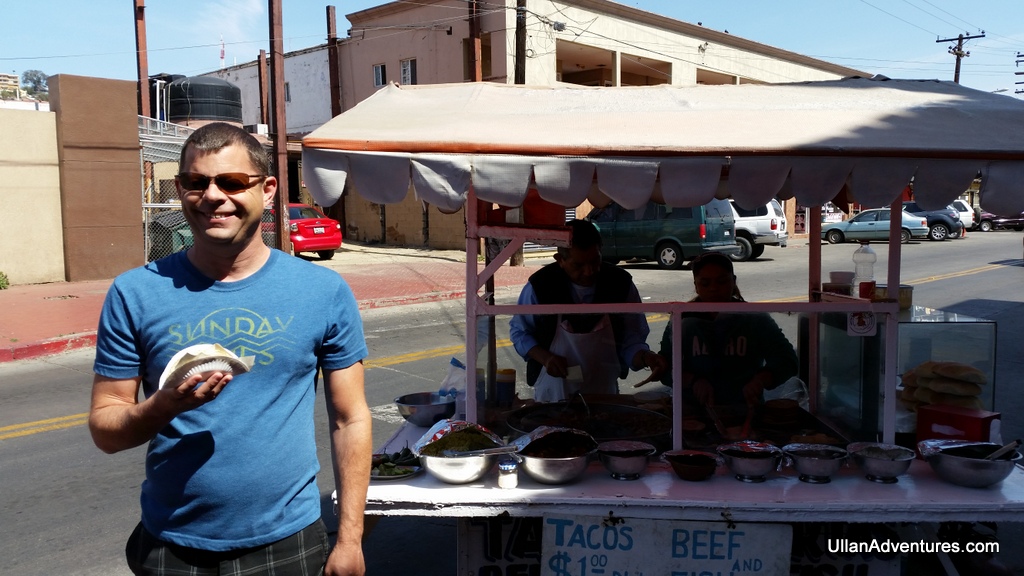 On our last day, we decided to do a scavenger hunt that the kids club was doing.  This consisted of us running all over the ship and doing all sorts of tasks like pretend surfing in a main area, asking the staff what country they were from, finding and taking pictures of various things around the ship, doing a conga line beside the pool, and the kids putting ice cream all over their faces.  We ended up finishing first and got a great trophy to bring home! 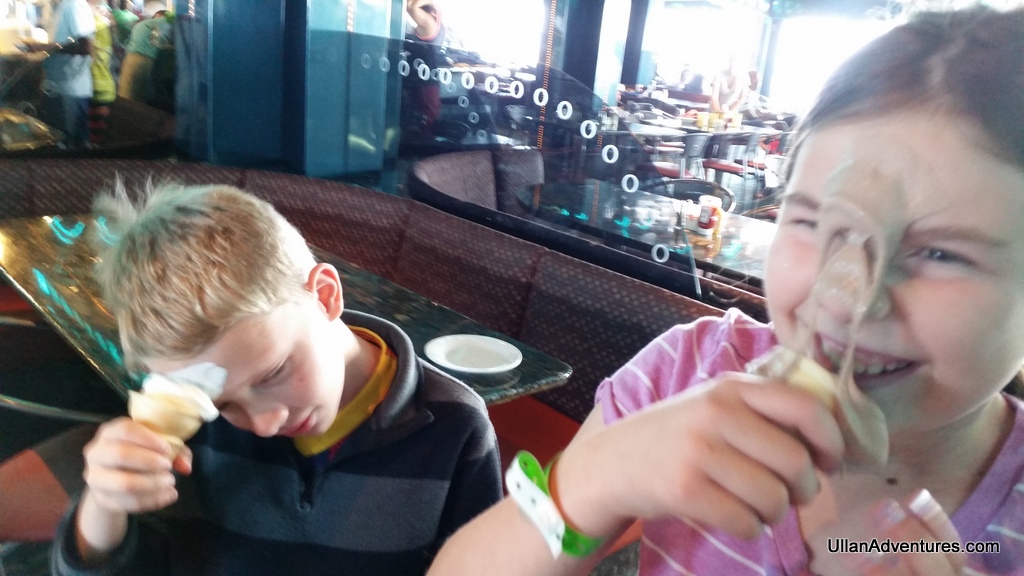 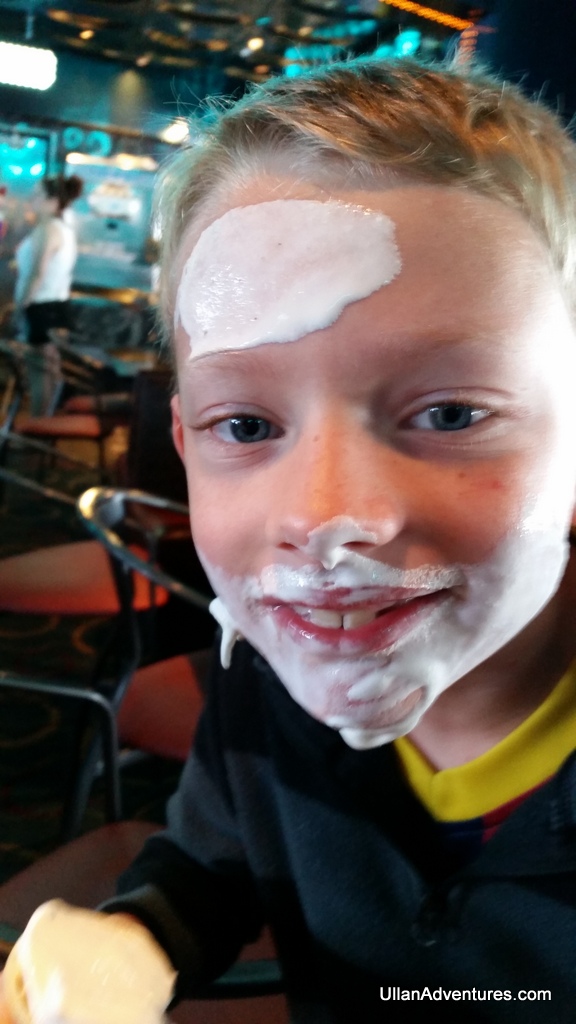 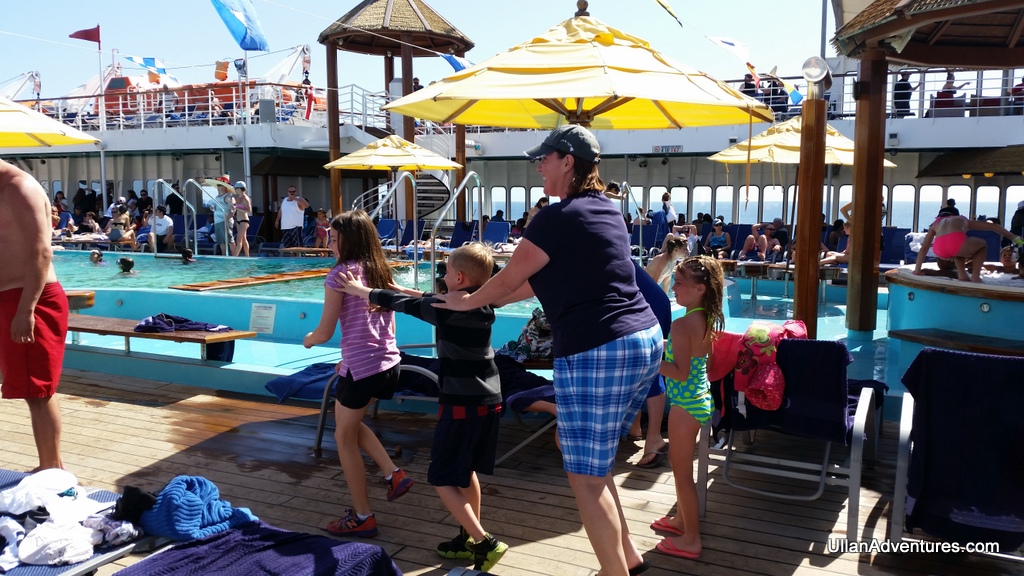 All in all, we had a great time on the cruise.  The kids loved the kids club, loved all the food and activities, and didn’t get the least bit sea sick.  Chuck and I also got some time to ourselves and we got a lot of family time so it turned out to be a perfect vacation!

Previous post: 3 Days of Wine and Wandering in Sonoma & Napa