For a few years now, Kirsten had a bucket list item of attending a big-time European soccer match.  So once we made plans to come to Spain, we started working out how to knock this off.

Barcelona was already on our list to visit while in Spain, and FC Barcelona is one of the top teams in the world and regarded by many as one of the great teams of all time, so we decided to schedule our trip there to coincide with a game.

Camp Nou is the stadium for FCB and it’s big, holding about 99,000, the vast majority of which are season tickets.  Lucky for us, they were playing a terrible team the week we were going, so were able to find 4 seats together after some searching.  4 seats together in the 3rd of 4 levels ran us 43 Euros each. 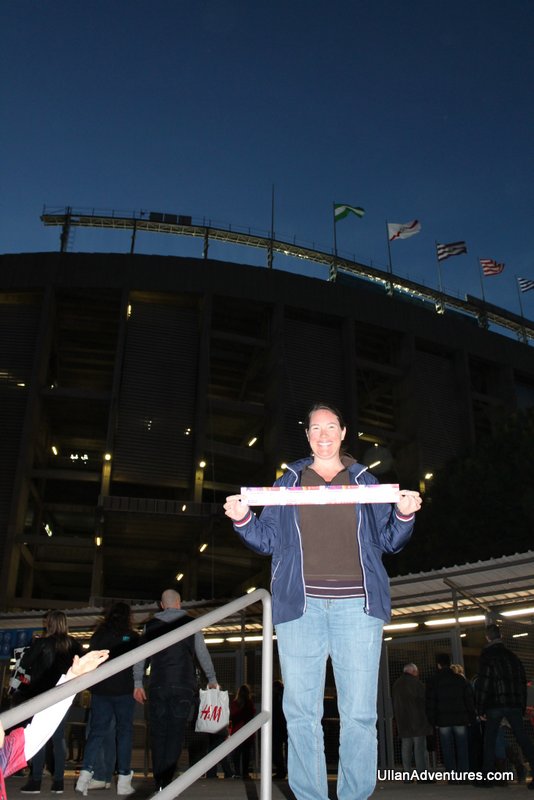 First impression as we walked in – WOW.  What an incredibly beautiful pitch (field)!!  Seems weird to fawn over some grass, but it was immaculate and spectacular! 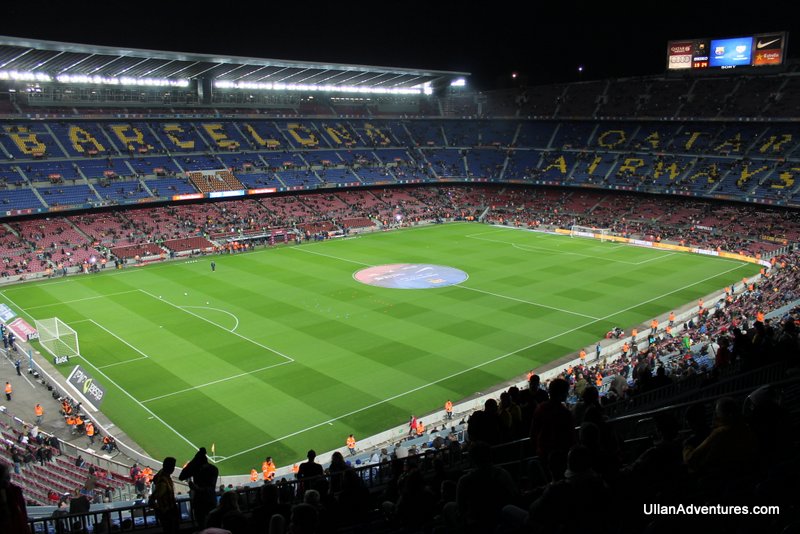 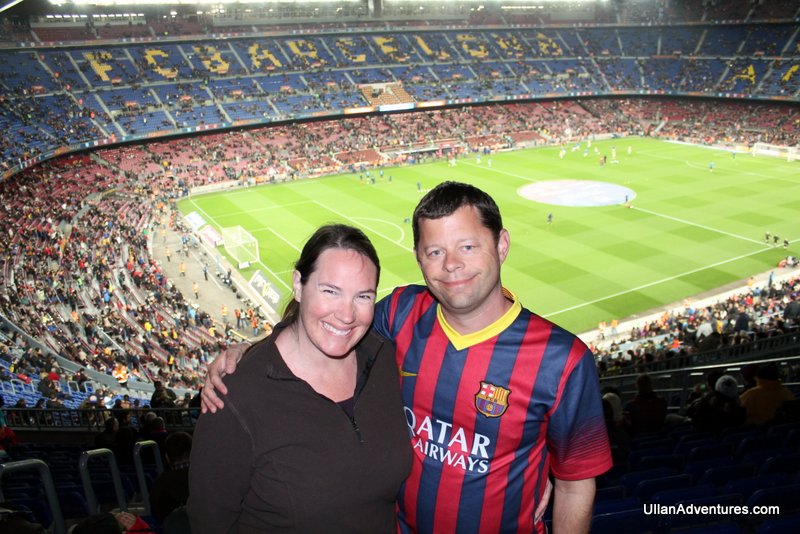 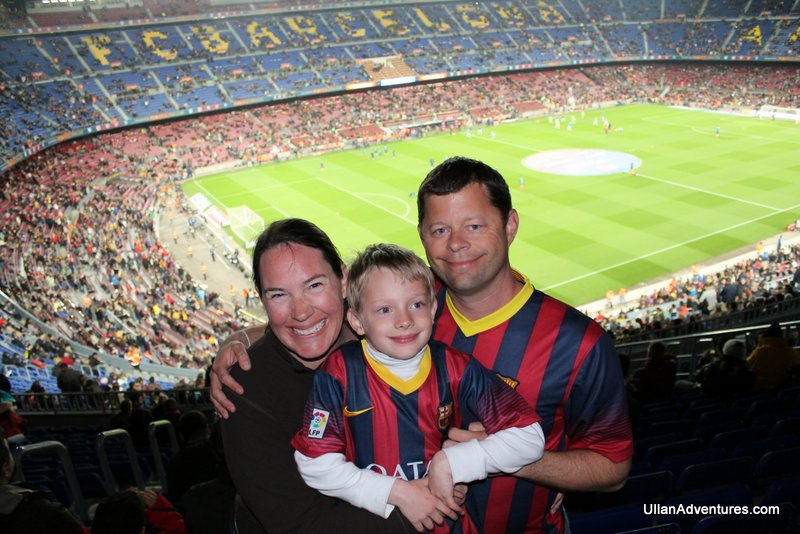 Beckett and I are wearing the FCB jerseys we bought in Chiang Mai before leaving. They’ve got to be authentic, right?!

There were about 75,000 in attendance for the game, making it about 75% full.  People sang team cheers and songs at times, but it was fairly quiet most of the time.

It was also much different than a US sporting event in that it was all about the game.  No music during dead balls, no halftime entertainment, no contests, no smoke and pyros during the player introductions.  The food was very basic – just a few sandwiches, hot dogs, and popcorn, but no “culinary experience”.  What a concept, eh?

The game itself was great – Barca scored in the 2nd minute and went on to win 6-0.  Messi had a couple goals and Neymar had a rocket for the 6th goal.  While it wasn’t the intense and rowdy experience one often associates with European soccer, it was still a fantastic experience and definitely gave us a better appreciation of the game. 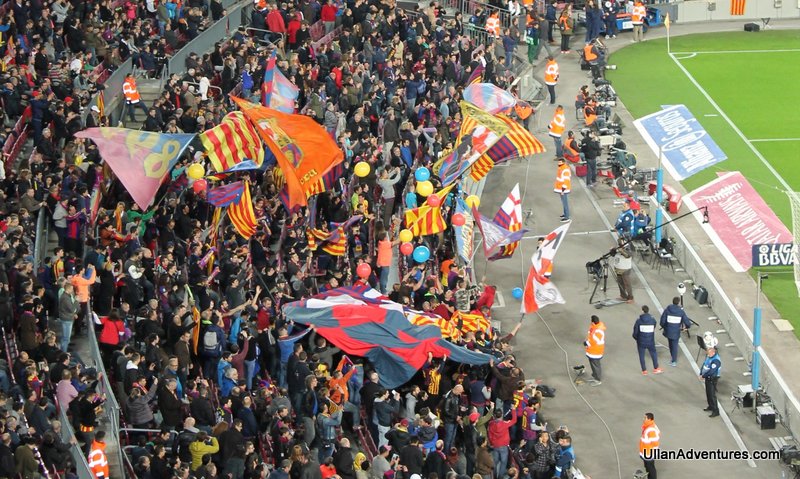 Surprisingly, this was about as crazy or rowdy as it got, with flag waving and cheering. 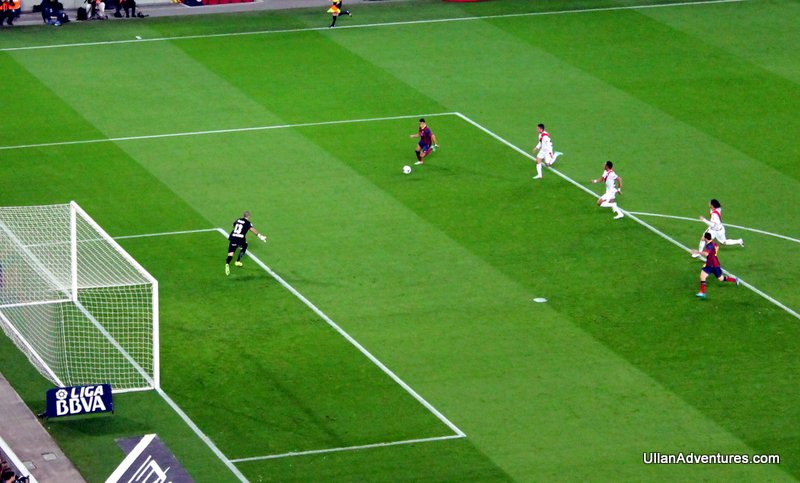 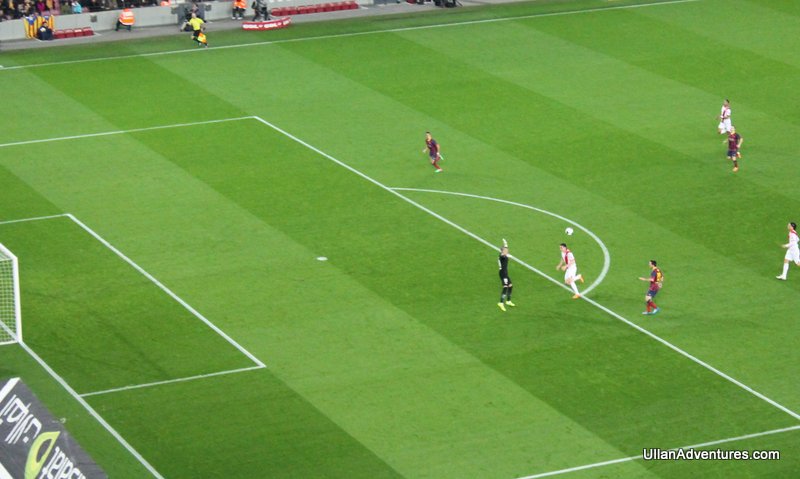 Layin’ out for a save 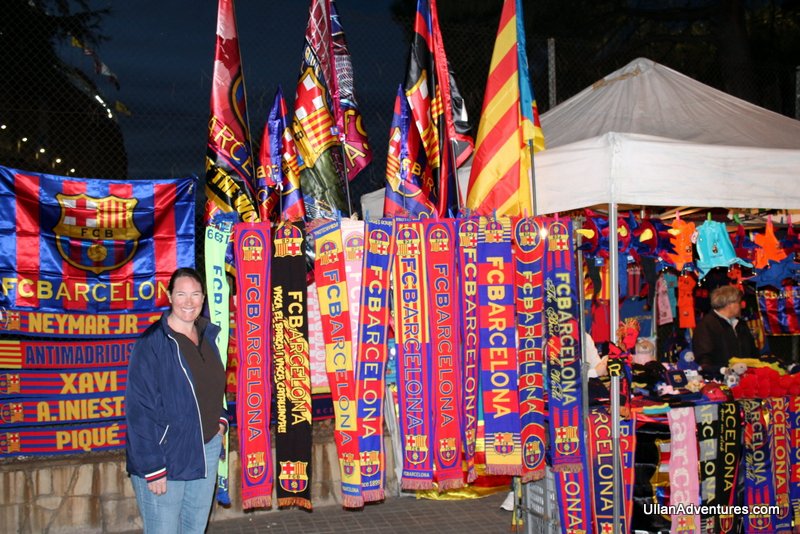 Lots of fun merchandise outside the gates. 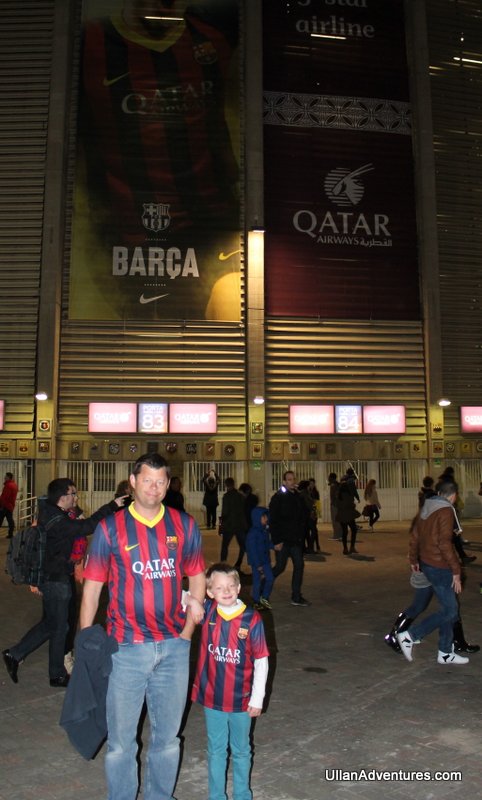 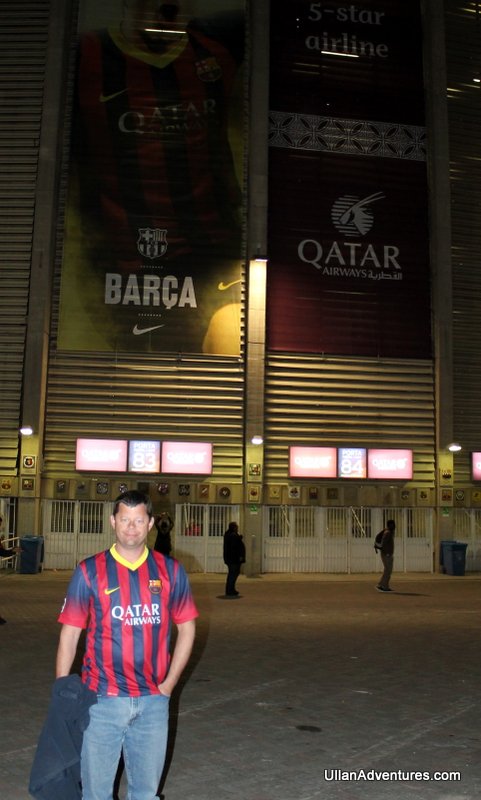