In early November, Chuck’s parents visited.  It was so great to have them here and share the island with them.

Right before they left we all went to the Kona Coffee festival parade.  It was one of the cooler parades and had a lot of Asian and local influences.  I loved the ‘marching band’ of kids playing the ukulele! 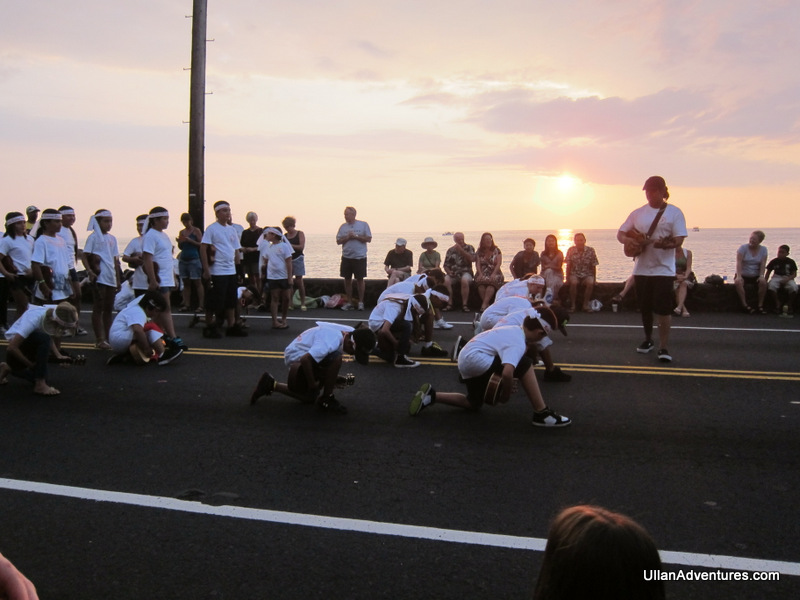 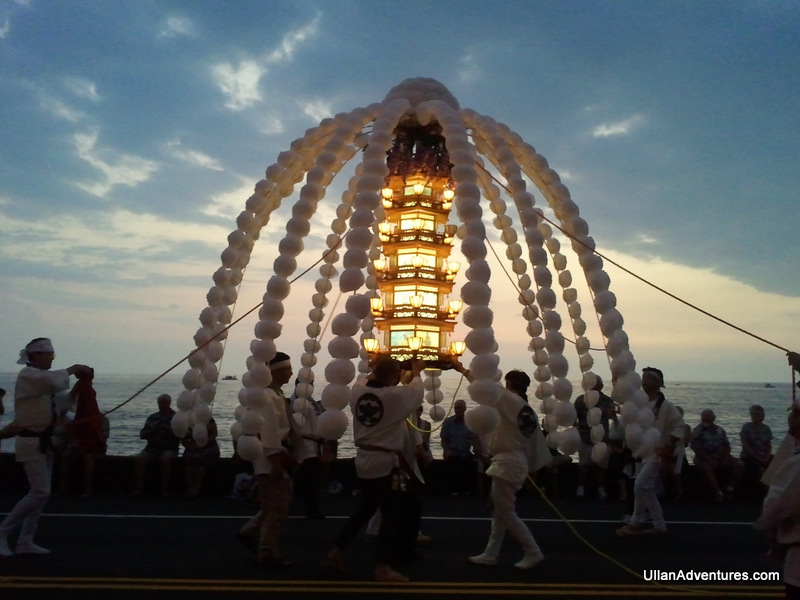 Later in the month, Chuck went to Maui for the day to see some UCLA friends and watch UCLA play in the Maui Invitational tournament.   How cool is it that we can hop over to Maui for a day trip!?! 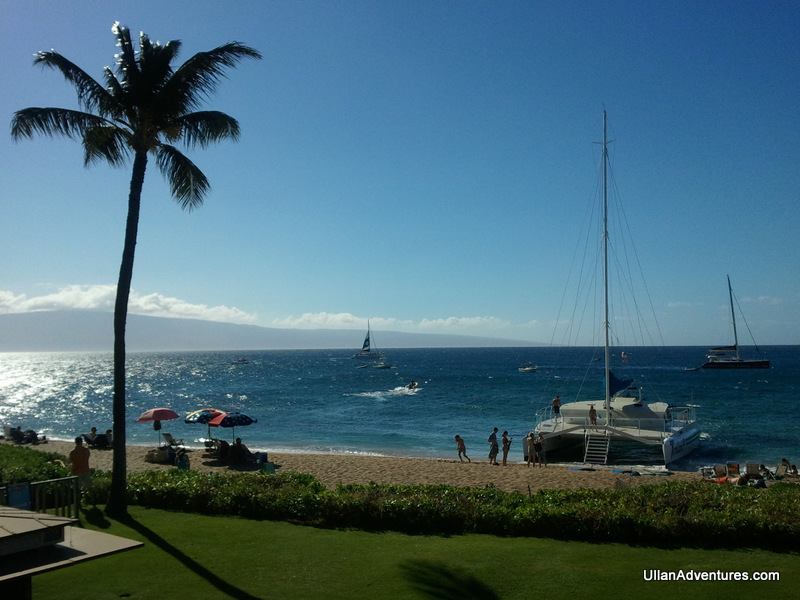 Then of course we had Thanksgiving.  It was a little weird just being the 4 of us and even weirder to eat our meal outside on our lanai but it still was a great dinner.  I was able to get a 16lb turkey for $2.50.  Yes, we STILL have turkey leftover🙂 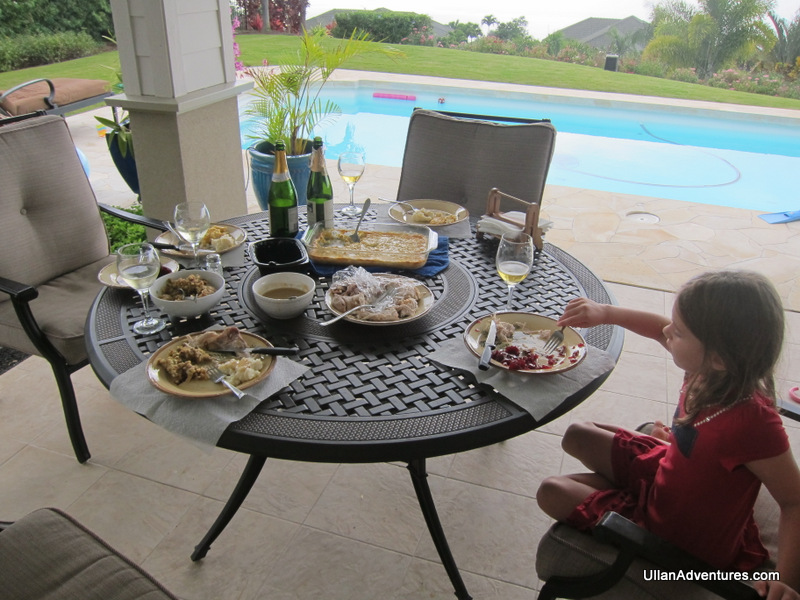 Most of the rest of November and early December was spent house hunting although we did get some snorkel & beach trips in.

Last week things got more interesting.  Chuck and I finally took our kayak out.  It started to sink.  In case you haven’t heard the story, read here.

Then on Saturday, one of the boat tour companies was having their 40th anniversary celebration and offered boat rides for $4.00 on one boat and free on another.  We took the $4 boat tour with the kids.  We didn’t go out super far, but they opened up their 15′ water slides and high dive into the ocean which we all did.  The kids had a blast, although I think Chuck and I had as much fun. 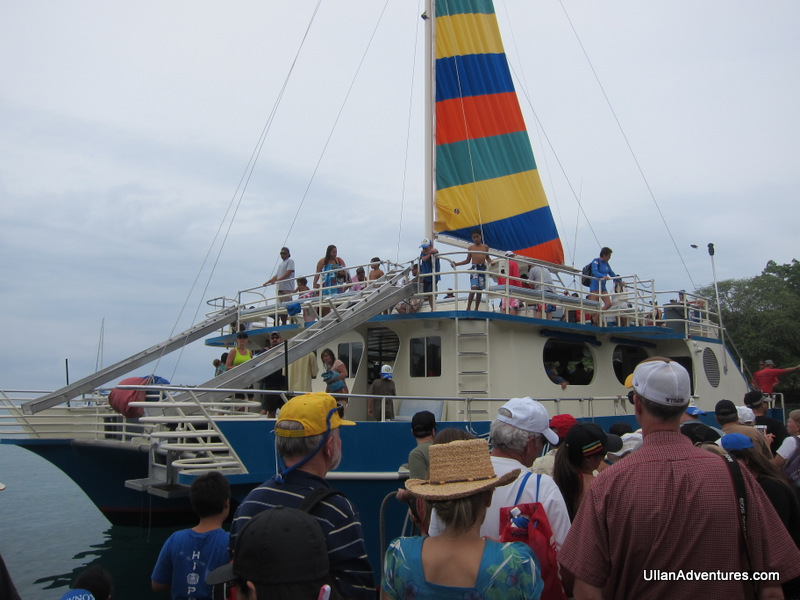 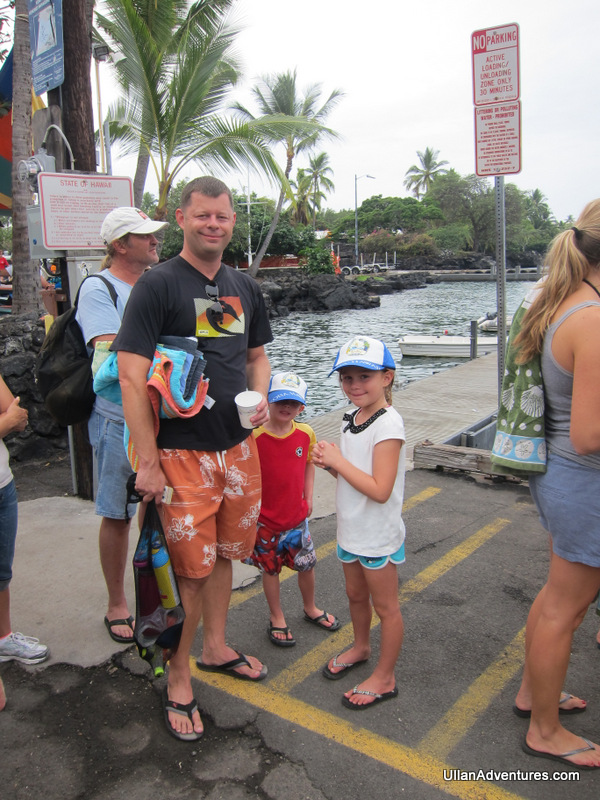 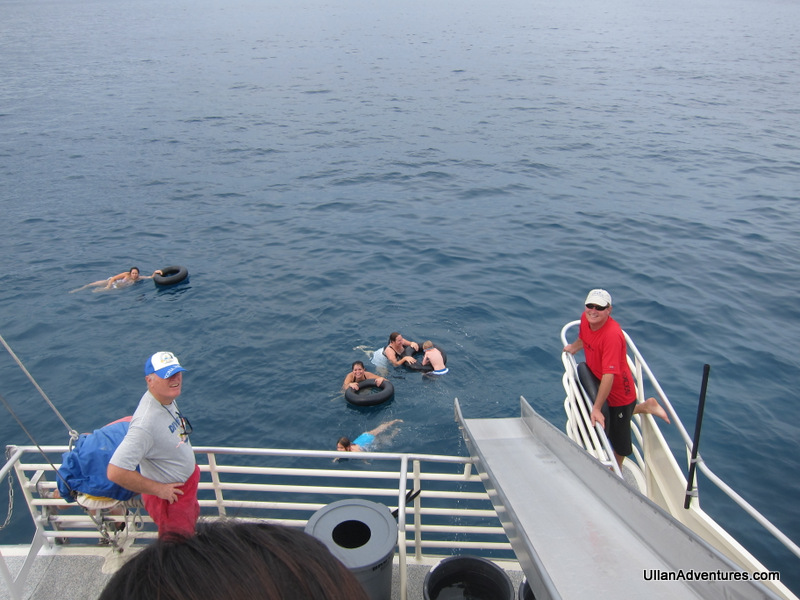 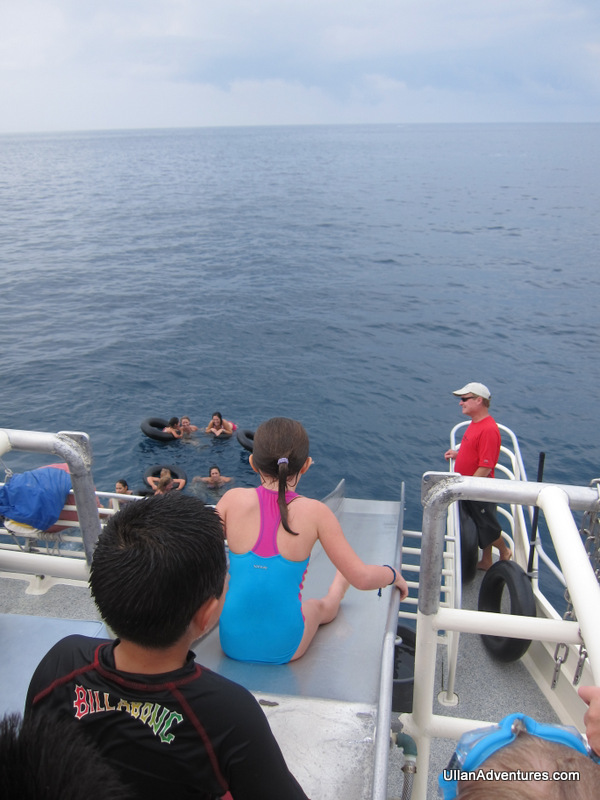 Mara going down the slide

After that, we went to visit Scuba Santa. 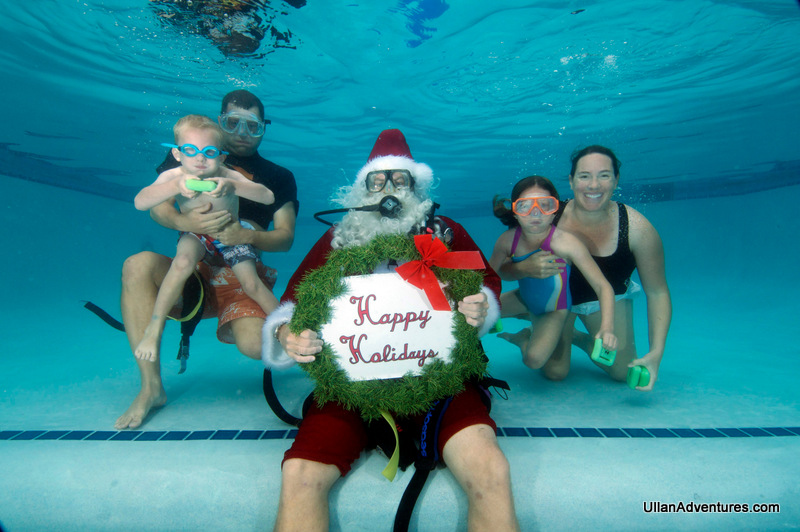 Later that night, we went to a tree lighting in Holualoa which is where the kids go to school.  We had a great time walking around, hearing the music and doing various activities.

On Sunday we headed north to Hapuna Bay which is a gorgeous white sand beach about 45 min north of here.  We hadn’t been there in a while so it was nice to return for an afternoon.

And this week we’ve been busy FINALLY signing a lease on a new rental, packing and planning our trip to Cali.  We’ll still try to work in some fun before Christmas.